'I Am a Girl, But I Was Sold Off Like Cattle'

A minor Dalit girl from Faridabad was allegedly kidnapped, forced to marry a man who paid the kidnapper Rs 1.5 lakh and raped. 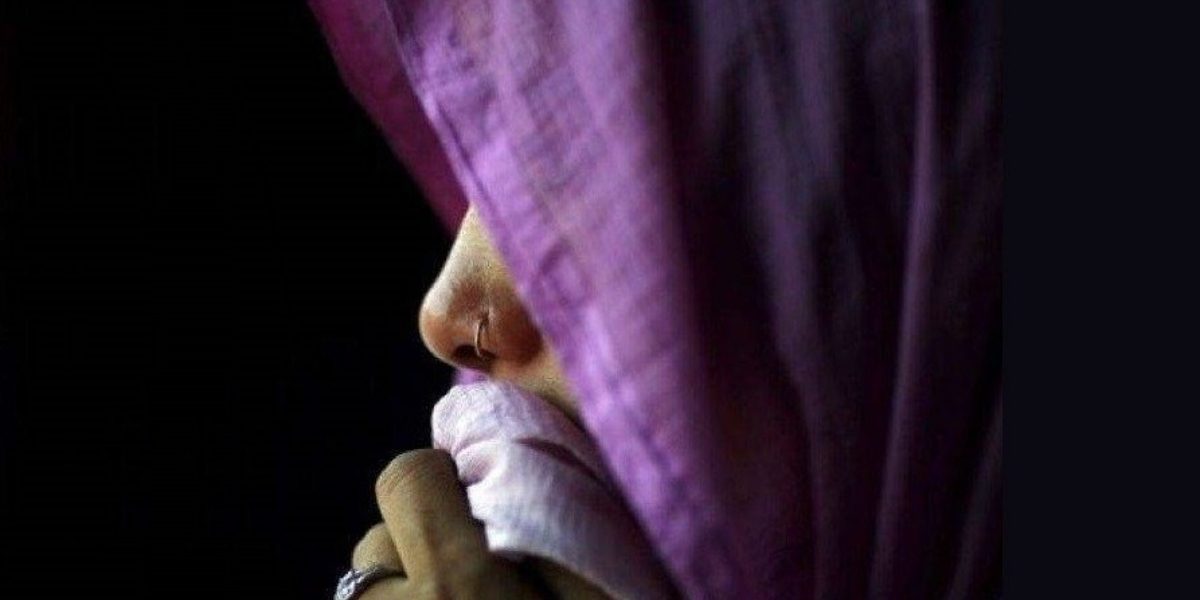 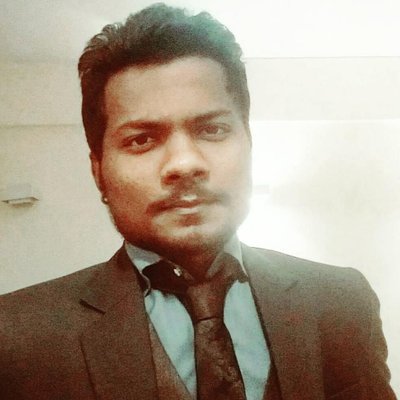 Faridabad: “I am a girl, but I was sold off like cattle and my body was clawed at. They forcefully married me off to a man who used to take turns with his younger brother to rape me,” recounts 17-year-old Neha (name changed), a resident of Haryana’s Faridabad district. Neha alleges that she was held in captivity for three months, during which period she was continuously raped and married off against her will in exchange for Rs 1.5 lakh.

Neha’s family alleges that ever since the matter was taken to the police, the relatives of the culprits have been pressuring them to withdraw the complaint.

Neha says it all began on August 24, 2018, when she had gone to meet an acquaintance – Vinod alias Vinay Gurjar – in the evening. She claims she had known him for a couple of months, after which he had asked her to marry him. “That evening, Vinay called me to meet outside Aakash Hotel in Faridabad, from there he took me to his office in his car. At his office, he forced me to consume liquor and raped me,” recounts Neha.

Neha’s family claims she had gone missing on the evening of August 24. Subsequently, the family lodged a missing persons complaint at Faridabad police station and she was finally found on November 20 in Palwal, says her uncle Vijay.

During her three months of captivity, Neha alleges that she was kept at different places, where various people regularly raped and tortured her. She also claims that in exchange for Rs 1.5 lakh, she was married off against her will to one of her assailants in Palwal’s Tumsara village.

“Vinay held me captive at his Faridabad office for almost 1.5 months. During this period, he forcefully made me consume liquor and then raped me,” she recalls. “I couldn’t discern what was done to me, nor could I identify the people involved. But I knew that I was being sexually assaulted. I was kept locked.”

“After a month and a half,” Neha adds,  “Vinay handed me over to Vijendra alias Hallan in Jasana village where I was held captive for another eight days. There, Hallan’s wife, Mithilesh, used to torture me. They kept me locked up and fed me once a day. One day, I overheard that they were going to trade me for Rs 1.5 lakh to someone in Palwal.”

While Neha claims to have been mistreated at Hallan’s home, she denies being sexually assaulted there.

Amid slogans of ‘women’s safety’ and ‘Beti Bachao’, Haryana’s sex ratio continues to paint a rather bleak picture. According to the 2011 census, there were only 879 females for every 1,000 males – which is considerably less than the national average of 940.

During the last decade, instances of ‘trading’ girls from other states and forcing them to get married have dramatically risen in the state. Several researches argue that the skewed sex ratio directly affects this trend, which is exemplified in the way girls from outside the state are purchased and forcefully married off in Haryana.

Terms like “rented bride” and “Paro” are often used for women who are victims of such acts. According to a study carried out in 2013, a survey of 10,000 families revealed that around 9,000 married women in the state were brought from outside.

Forced marriage and trafficking are crimes in India, yet these acts seem to carry on unabated. Stories of women who have been victims of such crimes are often reported in the media.

Besides forced marriages, Haryana also has a poor reputation when it comes to crimes against women. According to the 2016 report of National Crime Record Bureau (NCRB), Haryana has the highest number of gang rapes. The report also claims that a gang rape takes place every two days in the state. Neha’s story is but one out of many which lends credence to these statistics.

Neha further adds that Hallan brought her to Gurugram from Jasana, where she was forced to get married to Jasbir, a resident of Palwal’s Tumsar village, in a temple. In order to do so, she was passed off as a 19-year-old Punjabi girl.

Besides Hallan, Jasbir’s sister Sarita was also present at the wedding where Jasbir paid Hallan Rs 1.5 lakh, after which she was taken to Jasbir’s village.

At Jasbir’s house, where he lives with his mother and younger brother, another round of torture began, says Neha. “Both the brothers took turns to rape me. They beat me up. I begged their mother to let me go home, but she did not listen. They used to tell me that they had paid Rs 1.5 lakh to get me. They’d let me go if I paid them back.”

She recalls that on November 20, she finally managed to call the police using Dayawati’s mobile phone. When the police arrived, Dayawati misled the police by telling them that it was a personal issue between husband and wife.

It was only when Neha tried to take her own life by slashing her wrist that the police interrogated her and the truth was revealed. After hearing her account, the police informed Neha’s uncle, Vijay, who lives in Palwal, of the entire ordeal.

Vijay says that Neha could finally be brought home after he informed the Palwal police that she had gone missing on August 24, after which the Faridabad police was notified. On November 21, Neha’s statement was recorded in front of the superintendent of police and the magistrate, following which she was sent to the district hospital for a medical examination.

In her complaint, Neha has named Vinay, Hallan, his wife Mithilesh, Jasbir, his brother Rahul and his mother Dayawati. The Faridabad police arrested Rahul on November 23. He is still in custody.

In his statement before the police, Rahul confessed that Jasbir had paid Rs 1.5 lakh to Hallan in exchange for getting married to Neha.  He also confessed that he and Jasbir used to rape Neha and their mother supported them throughout.

According to the police, all the other accused are absconding. The police filed a chargesheet against Rahul in which he was booked under Section 6 of POCSO Act, IPC Section 363 (abduction), 366A (procuration of minor girl), 370 (human trafficking – buying or disposing of any person as slave) and 342 (punishment for wrongful confinement), as well as the SC/ST Act.

The indifference of the police amid threats from the accused

Neha’s mother says that her husband is a mechanic and hardly earns more than Rs 8,000 tor Rs 9,000 a month. She says, “When Neha did not return that evening, we approached the Faridabad police, but an FIR was registered only on September 15.”

“We had no idea about our daughter’s whereabouts,” she adds. “When she was finally found and we came to know of what she had gone through, it came as a shock to us. We want nothing but justice now. The police did not find our daughter for us. It was only by chance that we found her. She has suffered so much yet the administration seems to have no intention of giving her justice. Her father is totally shattered after the incident and is drunk most of the time. All we want is punishment for the culprits.”

“I knew that once the matter went to the police, Neha would no longer be safe,” says Vijay. “And so, I secretly brought her and her family to my house. But somehow they traced me to my office. In the beginning, they used to visit me to settle the matter. Then one day, Hallan’s wife, Mithilesh arrived at my office and threatened me – telling me to withdraw the complaint against her husband or that she would consume poison.”

“We are unable to return to our home because these people are threatening us,” claims Neha’s mother. “The accused belong to influential families in Faridabad, which is why it is not safe for us to return. Until they are arrested, we won’t be able to go back.”

“Vinay’s brother-in-law, who is the sarpanch of Teegaon, also came to my office with some men and pressurised me to withdraw the case and offered money in exchange,” says Vijay.

According to Vijay, Neha’s house is located in a Gurjar-dominated area in Faridabad. The accused also belong to the Gurjar community. “We are Dalits and that is why we are afraid of even entering the colony,” he says.

Neha’s family also raises questions over the indifference of the police in carrying out the investigation.

They allege that when they asked for a copy of the FIR and medical reports at the Faridabad police station, Inspector Mukesh refused to give it. Upon repeated requests, he told them to get it through court. Later, when their lawyer accompanied them to the police station, the police refused to hand the documents over  even to him, including a copy of the FIR, medical reports, and statements recorded before the magistrate.

Neha’s family claims that they are worried about her safety. Vijay says, “The attitude of the police towards the case is quite lax and they do not seem keen on meting out justice.”

They allege the police is not doing its job properly because the culprits hail from families of influence and means. They also allege that attempts are being made to extract the names of the accused women from the case.

On January 29, Faridabad police commissioner Sanjay Singh met Neha’s family and ensured them justice and promised to investigate their allegations about attempts to remove the accused women’s names from the matter.

However, it is not yet clear who the other accused are in the FIR apart from Rahul.

Vijay says, “Faridabad SHO Bharat Bhushan and ACP (women’s cell) Pooja Dawla refused to give the copy of the FIR and medical report, saying that since they have been attached to the missing persons complaint and become part of the police diary, they cannot be shared.”

When The Wire approached the Faridabad police seeking a copy of the FIR, they refused to provide it. Station house officer Bharat Bhushan told The Wire, “We are still investigating the matter and an SIT has been set up. One of the accused, Rahul, has been arrested and a chargesheet has also been filed.”

Bhushan also said that warrants had been issued against all the accused. All of them are absconding and a search for them is on.

However, when asked who all have been named in the chargesheet, he asked us to contact Pooja Dawla who is handling the case.

When contacted, ACP Dawla initially refused to speak to The Wire, saying that such cases cannot be reported in the media. When it was clarified to her that the government’s guidelines are in place for concealing the identity of the victim and her family and not the case, she said, “We have set up an SIT and are carrying out raids daily. The accused will be arrested soon.”

About the FIR, Dawla said, “The earlier missing-persons complaint was public. The rest of the matter has been entered in the police diary and, therefore, its contents cannot be made public.”

When she was asked to confirm the names of the accused, she said that all those named by the victim are being examined.

Dawla further added, “The investigation is going on and we will soon reach a conclusion. It is not right to say much at the moment.”