Hathras Case: Doctor Who Contradicted UP Police Version on Rape Has Now Been Sacked by AMU

Azeem Malik had told the media that the forensic report the police was citing had no evidentiary value as the samples it was based on were collected 11 days after the crime. 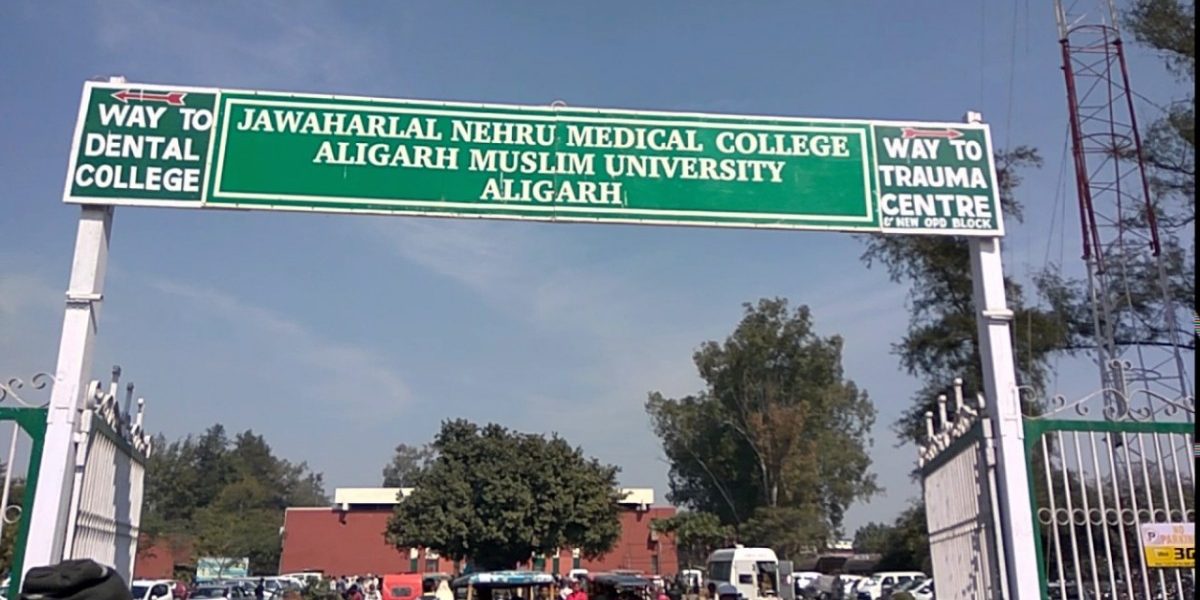 New Delhi: Days after publicly contradicting the UP Police version of the Hathras gang rape and murder case, Dr. Azeem Malik, temporary Chief Medical Officer of Jawaharlal Nehru Medical College Hospital, has been told his services are no longer required at the hospital.

His statement that the FSL (forensic science laboratory) report – samples for which were taken 11 days after the October 14 assault – held no value directly contradicted Additional Director General (Law and Order), Prashant Kumar’s statement, who had said the FSL report showed there were no traces of sperm and hence proved that no rape took place.

On October 16, Azeem received a letter saying that the proposal to appoint him as temporary CMO at the hospital could not be acceded to. And finally, on October 20, he was given an urgent notice terminating him from his post at the hospital.

On October 5, Dr. Azeem Malik had told the Indian Express, “The samples were collected 11 days after the woman was allegedly raped, while government guidelines strictly say forensic evidence can only be found up to 96 hours after the incident. This report can’t confirm rape in this incident.”  The victim had been admitted to JNMC Hospital for her treatment for 14 days before being shifted to Safdarjung hospital in Delhi a day before her death.

A former student of the same university, Azeem had been hired in August as a temporary CMO when 6 out of 11 CMOs of the hospital were diagnosed with Coronavirus. His term, which was to be extended till November against the post of Naresh Kumar, who is on leave due to COVID-19, has abruptly ended as he received a notice on Friday saying that his extension, starting from October 10 to November 8 as temporary CMO, couldn’t be approved.

The chief medical superintendent of the hospital, Shahid Siddiqui, according to Azeem, had been “scolded” by the VC the day after his statement had come out in the press. “The VC had called the principal, and scolded him. We had got an indication that day that we will have to face the wrath in some form. There was nothing wrong in giving statements to the press. Ask any doctor, they will say the same thing as me. But it is happening probably because it made headlines,” he said.

According to Azeem, the vice chancellor had also indirectly expressed disapproval to his other colleagues and asked them why he had given such a statement to the press. Sources in the hospital also said that two other CMOs are also likely to be terminated, presumably as a cover for the termination of Dr. Azeem.

After the Hathras victim’s death – which came 15 days after the October 14 incident in which she said she was attacked and raped  by four upper caste men – the UP police as well as administration have repeatedly stated that the woman was not raped.

On October 1, two days after the victim succumbed to her injuries at Delhi’s Safdarjung Hospital, the UP police had said that there was no “evidence” the woman was raped. Hathras superintendent of police Vikrant Vir had also said that the report by the Aligarh hospital, where she was admitted before she was brought to Safdarjung hospital did not confirm rape.

However, on October 3,  The Wire’s story on the MLC report of the victim done at Jawaharlal Nehru Medical College Hospital contradicted these claims made by some senior officials in the UP police.

The MLC revealed that doctors had recorded her description of the “complete penetration of the vagina” and indicated the use of force in their preliminary examination. Doctors also slammed the police for making claims about the FSL report because the samples were not collected within 72 hours of the incident. Lawyers have also pointed out that the presence of sperm is not necessary to constitute rape.

The Allahabad high court has also pulled up ADG Prashant Kumar for not being aware of the definition of rape in the Indian Penal Code, which does not require penile penetration, let alone the presence of semen.

On Monday, eight CMOs including Dr. Azeem had sent a letter addressed to the principal and chief medical superintendent saying, “Despite working in the epicentre of COVID-19 regularly even after getting infected and falling sick, to the best of our ability, we are pained to know the allegations levelled against us by some officials at JNMCH, that the CMO’s/MO’s have not been performing their duties.”

The Wire contacted AMU vice-chancellor Tariq Mansoor about the termination of Dr Azeem Mailk’s services as CMO and received a response on his behalf  from AMU spokesperson Shafey Kidwai.

Contesting the claim that Azeem has been sacked for his statement in the press, Kidwai  said, “Dr Azeem has been working on leave vacancy whose term expired on October 8, hence question of termination of his service does not arise. Casual Medical officer is group one service and temporary appointment can not be made since there were many Covid patients. Now with improved situation the ad hoc appointment of two more doctors, Dr. Obaid and Dr. Faheem, were not approved.  It is [a] pure administrative decision [that has] nothing to do with the Indian Express interview.”

Earlier, one of the two other terminated doctors had expressed fears of getting sacked by the administration for trying to “cover up.”

While Dr. Azeem’s term was indeed a temporary one, his term, according to him, was till November 8, which has abruptly been terminated.

Note: This story was updated at 7:28 pm on October 20, to include the AMU spokesperson’s response, which was received after the original story was published.