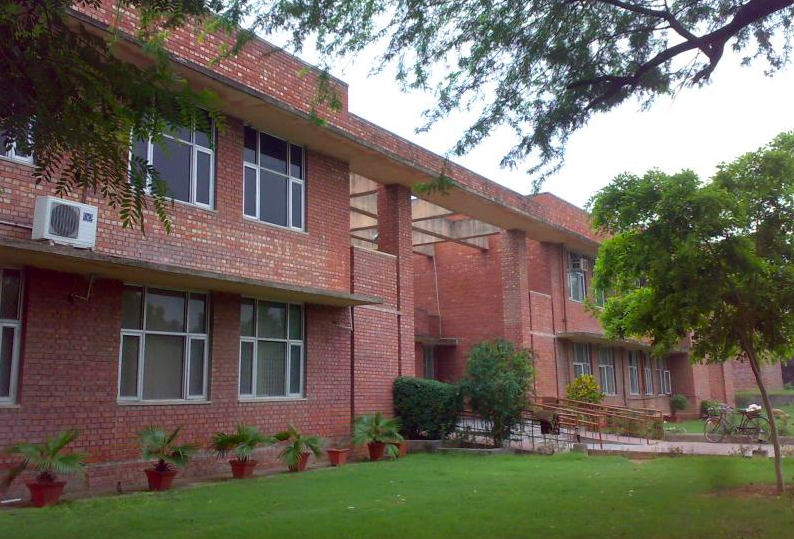 A view of the School of Physical Sciences building, JNU. Photo: JNU

New Delhi: A circular uploaded by Jawaharlal Nehru University’s Internal Complaints Committee has drawn criticism for placing the onus on women for ensuring their safety when it comes to sexual harassment.

The ICC uploaded the circular on the JNU website, saying that it will organise a counselling session on sexual harassment on January 17 and that such sessions will be done on a monthly basis.

Under the subhead “why is the counselling session required”, the circular said that it will make students aware about what consists of sexual harassment, the news agency PTI has reported.

Then, it goes on to say that women are supposed to know how to draw a line between themselves and male friends to “avoid harassments.”

“ICC come across a number of cases where sexual harassment takes place among close friends. Boys generally cross (sometimes advertently, sometimes inadvertently) the thin line between friendship’s bantering and sexual harassment. Girls suppose to know how to draw a tangible line (between them and their male friends) to avoid any such harassments (sic),” the circular read.

Jawaharlal Nehru University Students’ Union president Aishe Ghosh, in a statement, has said that the remark seeks to victim blame.

“The ICC in JNU makes a blatant victim blaming remark where it asks ‘women to draw a tangible line to not get harassed by their male members. The ICC time and again in JNU has passed such regressive remarks or conducted itself in a way to moral police the survivor,” she said in a statement.

“Such a remark, creates a space where harassment in such lines will become rampant and will lead to become an unsafe space for women,” Ghosh said.

In addition, ICC Presiding Officer Punam Kumari took a similar line when she told The Indian Express that the ICC gets several complaints of sexual harassment by close friends.

“They touch each other, hug each other. But the moment women feel that they don’t feel comfortable about this, they should state this clearly to their male friend,” Kumari said, once again putting the onus on the woman to speak up.

“It is important for both boys and girls to know where the line has to be drawn… Girls also need to say it before the matter goes out of hand if they don’t like (being touched or hugged). These things have to be conveyed clearly. Otherwise how will the person know what you want? These are small things which we will tell them about along with all the rules and regulations of ICC,” added Kumari.

The latest circular also said that such sessions will be organised on a monthly basis for all aspiring students “who want to know dos and don’ts in regard of sexual harassment.”

Listing out the benefits of these sessions, the varsity said that “the number of sexual harassment cases will be reduced for sure”.

The All India Students’ Association (AISA) called the counselling session a sham.

“The ICC of JNU has come up with a notice regarding counselling session for JNU students regarding sexual harassment. In one of the reasons for requiring such a session, ICC writes: ‘girls suppose to know how to draw a tangible line (between them and their male friends) to avoid any such harassments’. This exposes the attitude of victim blaming which the ICC has been practising,” the student outfit said.

“This counselling session is a sham and will only lead to making JNU an unsafe space for women,” it said.

The JNU administration replaced the Gender Sensitisation Committee against Sexual Harassment (GSCASH) with the ICC in September 2017 in its 269th executive council meeting, in a move which was extensively criticised by student and teacher bodies, apart from women’s rights organisations.

The puppet ICC set up by JNU VC @mamidala90 having demolished the GSCASH, has recommended harsh punishments for a sexual harassment complainant, claiming she filed a "false complaint"! Need to fight to amend SH Law that allows for this travesty @IndiaMeToo https://t.co/cRvtKiQ6rE