The clitoral hood is often referred to as 'haraam ki boti' or immoral lump of flesh and is removed in order to 'suppress' sexual urges in a woman. 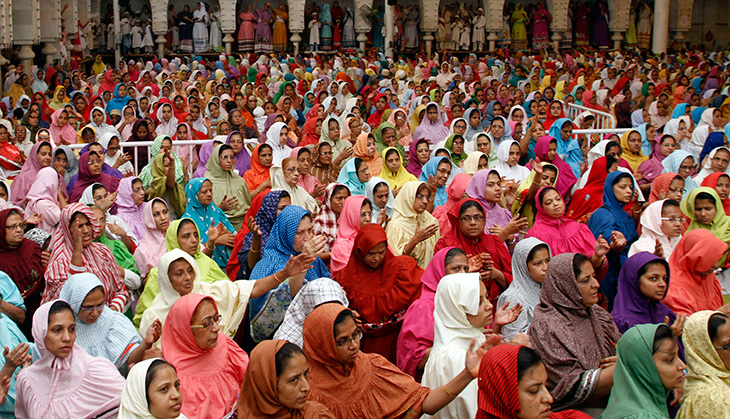 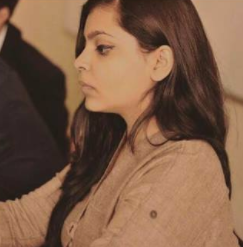 New Delhi: Seeking to ban female genital mutilation (FGM), the Centre recently told the Supreme Court it was opposed to any practice in the name of religion, which “violates the integrity of [a woman’s] body part”.  The Dawoodi Bohra community, a Shia sub-sect, practises FGM in the form of khatna or khafz (female circumcision), which involves the total or partial removal of the clitoral hood. In the name of tradition, young girls aged six and seven are cut up regularly by midwives and doctors. The clitoral hood is often referred to as ‘haraam ki boti‘ or immoral lump of flesh, which is removed in order to ‘suppress’ sexual urges in a woman.

Bohras are not the only community to practise FGM in India. It is also practised among different sects of Muslims in various parts of Kerala, where it is called sunnath kalyanam. Delhi-based advocate Sunita Tiwari has filed a public interest litigation (PIL), seeking a ban on khafz. The PIL has stated that khafz does not have any religious context and is carried out without any specific medical requirement. According to the PIL, the practice should be made a non-bailable offence since it includes “unhygienic and illegal surgeries performed on their (Bohra minor girls) person for non-medical reasons”. This PIL clashes with the position adopted by Bohra women who wish to uphold such ‘community traditions’.

A group claiming the support of 69,000 Dawoodi Bohra women under the banner of Dawoodi Bohra Women’s Association for Religious Freedom (DBWRF) has approached the Supreme Court, seeking its intervention in the matter. The group believes that the practice does not involve genital mutilation but is simply circumcision. Samina Kanchwala, secretary of DBWRF, said, “We are very clear that khafz is a practice and a basic religious tenet. There are some people who don’t want to do it and we don’t have a problem with that. However, at least those who want to fulfil every single tenet of our religion should not be denied this.”

During the hearing, senior advocate Abhishek Manu Singhvi, appearing for the DBWRF, contended that “the practice of khafz is an essential part of the religion as practised by Dawoodi Bohra Community and their right to practise and propagate religion is protected under Articles 25 and 26 of the Constitution of India.”

However, such a position contradicts international definitions. According to the World Health Organisation (WHO), FGM refers to all procedures that involve partial or total removal of the external female genitalia, or other injury to the female genital organs for non-medical reasons. By this definition, khafz constitutes type 1 FGM/C (partial or total removal of the clitoris and/or clitoral hood/prepuce) and is universally recognised as violation of human rights. Since this practice is mostly conducted on minor girls, it is also in violation of UN Convention on Rights of a Child, of which India is one of the signatories. Last year, for the first time, the UN included India in the list of countries which practise FGM.

The government’s position on Khafz in India has been riddled with contradictions in the past. Maneka Gandhi, minister for women and child development, in 2017 said, “We’ll write to respective state governments and Syedna, the Bohra high priest, shortly to issue an edict to community members to give up FGM voluntarily as it is a crime under the Indian Penal Code (IPC) and the Protection of Children from Sexual Offenses (POCSO) Act, 2012. If the Syedna does not respond, then we’ll bring in a law to ban the practice in India.” However, in response to the perception poll by Reuters, which called India the most dangerous country for women, the ministry released the following statement on June 27, 2018: “The cases of acid attack are only incidental in the country and as mentioned earlier, practices of stoning, female genital mutilation etc., are not seen here. India can thus not possibly be the worst in the world in terms of violence.” Such contradictions leave FGM survivors scared and unsure about their government’s stand on this crime, even when it affects so many women in the country.

The National Crime Records Bureau (NCRB) provides no data for FGM in India. However, WeSpeakOut, a survivor-led movement to end FGM, has released a data-based report to highlight the extent to which khafz prevails in India. The report is considered to be the most comprehensive study yet on India’s female genital mutilation tradition. The study shows that 75% of the respondents, comprising mainly Bohra women, have been subjected to FGM. As many as 97% of the respondents, who remembered the procedure, described it as painful and traumatising. This is how Tasneem, 34, recalled her experience in the report: “I was shouting and crying. I was feeling an extreme burning sensation over there and I was not feeling good. And after that bleeding was going on. And I just asked my mom why is this happening? I couldn’t join my legs for almost two days.”

Khafz, at multiple levels, causes physical harm to women, including severe pain, excessive bleeding, fever, infections, urinary tract infections (UTIs), pain during sexual intercourse, reduced sexual pleasure and difficulties in childbirth. According to the report, around 10% of the women who had undergone the procedure specifically mentioned urinary problems, recurring UTIs, burning and incontinence. The report includes Durraiya’s experience and how the procedure almost killed her daughter. The traditional cutter who had conducted the khafz made an incision too deep. Instead of healing, Durraiya’s daughter bled for an entire day and had to be taken to two hospitals before a doctor was able to tend to the wound and stop the bleeding. She said,“I just thought it was an old tradition that had been happening for years, a kind of Sunnat, and so, ‘let me just get it done for my daughter’. I almost felt as if I got her back from the hands of death.”

Instances like these are testimony to the physical dangers of khafz. The harmful rite of passage is usually conducted by untrained midwives, the traditional practitioners who use blades and scissors without anaesthesia. Sahiyo, one of the leading organisations working in FGM activism, conducted a study according to which 86% Bohra women rely on traditional practitioners. Dr. Sujaat Vali, OB-GYN, said, “The clitoris is very small and there is a very small region between the skin and the clitoris. Only a specialist with a lot of experience can cut only the hood. So, in most cases the clitoris does get affected.”

Supporters of the traditional practice in India claim that it is not mutilation and simply a ‘nick of the skin’ where the clitoral hood is removed with no real harm done to the body. However, the clitoral hood plays a very important role in the protection of a woman’s clitoris. It is anything but ‘useless’. It is an erogenous tissue with a protective function akin to the eyelids. Bohra authorities (jamaats) around the world where FGM is banned have issued letters stating, “All parents and guardians are hereby directed in the strictest terms not to carry out khafz under any circumstances.” Further, Syedna Fakhruddin, a Dawoodi Bohra leader, has condemned FGM calling it “un-Islamic”. Such statements and moves highlight the flexibility in the institutional position on Khafz. Twenty-seven countries worldwide, including Egypt – the country Bohras trace their ancestry to – have already banned this practice because of it standing in clear violation of the physical and mental well-being of women. Even the Organisation of Islamic Cooperation has stated its opposition to FGM. In a campaign led by WeSpeakOut, Bohra women from all over the country are being encouraged to send voice recordings via phone or email. While their identities can remain anonymous, they can mention their age and residing state. The campaign has received 15 such audio recordings so far.

Vartika Neeraj is currently pursuing a degree in Politics, Philosophy and Economics (PPE) from Ashoka University. She is an intern at The Wire.