How Discrimination Against Girl Children Can Be Addressed

The cost of a daughter’s marriage and the prospect of dowry, which includes large amounts of gold, are the largest factors parents consider before deciding to have sex-selective abortion. 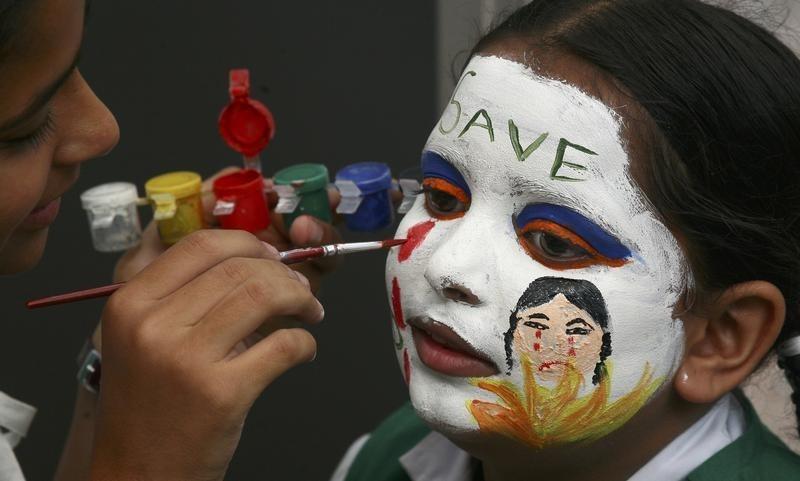 A girl gets her face painted with an awareness message on female foeticide during a face-painting competition in Chandigarh August 1, 2009. Credit: Reuters/Ajay Verma 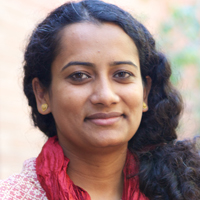 The approximate cost of 10 g of gold in Delhi is Rs 33,260. Sadly, this number also determines how many girl children are born in India and how they are cared for.

The cost of a daughter’s marriage and the prospect of dowry, which includes large amounts of gold, are the largest factors parents consider before deciding to have sex-selective abortion. This, coupled with cultural norms that restrict a daughter’s access to property, education and agency, proves to be a noxious cocktail for girls in our country.

The 2011 census of India revealed there were only 919 girls per 1000 boys in the 0-6 age group across the country. According to WHO, the normal child sex ratio falls in the range of 943-980 girls per 1000 boys. A lower ratio is reflective of gender discrimination against the girl child and female infanticide and foeticide cases. Even conservative estimates says millions of girls are missing from our society.

This is not just a rural problem. Research suggests that in educated and rich families, the chances of survival for a second-born girl after a first daughter are less. These families live in urban areas, have access to ultrasound scans and can afford the price of abortion. According the 2011 census, in Delhi, the child sex ratio stands at a dismal 871. South Delhi district is the worst offender.

In poorer communities without access to ultrasound clinics, daughters are instead abandoned or killed after being born or through neglect. According to a June 2018 Lancet study on under-5 mortality rate (U5MR) of women in India, estimated 239,000 excess deaths (169,000–293,000) per year in that age category. That would mean every minute, approximately 27 baby girls between the ages of 0 and 5 die due to neglect, malnourishment and lack of access to medical facilities.

More than 90% of districts had excess female mortality, but the four largest states in northern India (Uttar Pradesh, Bihar, Rajasthan, and Madhya Pradesh) accounted for two-thirds of India’s total number.

The researchers found that the gender-based discrimination towards girls doesn’t simply prevent them from being born, it may also precipitate the death of those who are born.

Savita, a young mother, explained that after her second daughter was born, her husband and in-laws began abusing her. “I was unable to give them a son.” Then, a third daughter was born and the violence against Savita and the children became more brutal. “When my daughter fell ill and finally died, the violence stopped,” she said.

Yet, despite these terrible statistics and stories, very little is being done to implement the Pre-Conception Pre-Natal Diagnostic Techniques Act, 1994 (PCPNDT Act). The Act makes gender determination illegal and puts the onus on the medical fraternity to close monitor all ultrasounds. Although prenatal sex-detection and sex-selective abortion are illegal, many clinics continue to provide these services in a clandestine manner across the country.

According to the Quarterly Progress Reports up to December 2017 submitted by states and UTs, the implementation of the Act resulted in the filing of 3,986 court cases. Around 2,007 ultrasound machines were sealed and seized by the authorities for violation of the Act. However, the report also noted that from 1994 till December 2017, only 449 people were convicted. After the convictions, the medical licenses of only 136 doctors were suspended or cancelled.

The 10th Common Review Mission in its 2016 Report on the National Health Mission noted that, “The level of implementation of PCPNDT Act is abysmal. Lack of witnesses and insufficient evidence are cited as major reasons that result in cases falling through, thereby resulting in low conviction rates. The Act is inadequately used while drafting court complaints and the full force of the law is often not brought to bear in prosecution.” 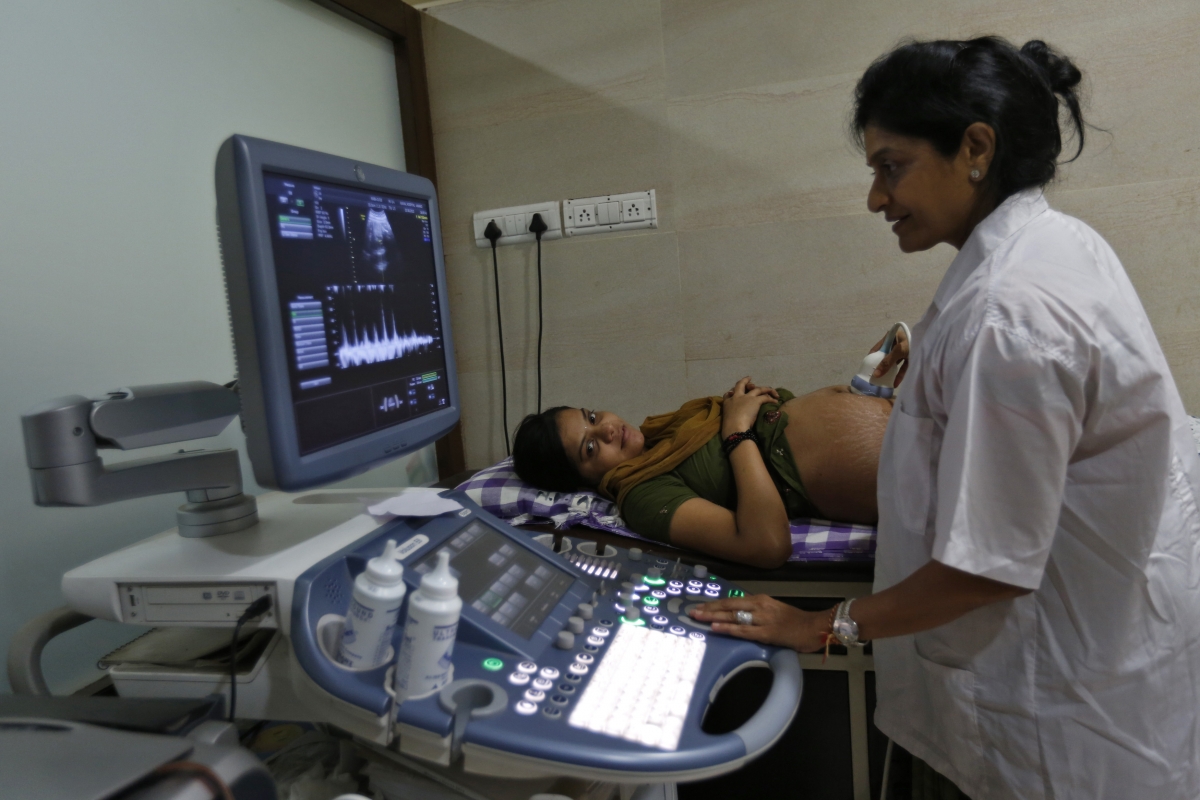 However, if the law is implemented strictly, a quick turnaround is possible. In 2012, Rajasthan became the first and only state to set up their own bureau of investigation to take up cases of sex selective abortions and sex determination under the PCPNDT Act. The state also set up many special courts for speedy trials.

With the help of the police, the bureau was able to ensure strong prosecution of the offenders, including doctors, nurses, ANMs, touts, brokers involved in criminal act of sex determination and sex selective abortions.

Also Read: Over Two Lakh Young Girls Die Every Year in India Because of Their Gender

Through their relentless efforts, they have been able to secure more than 135 convictions in the last five years. Incentives like the Mukhbir Yojana (informer scheme), with an enhanced reward of Rs 2.5 lakh helped build up a strong network of informers across state.

It is estimated that because of these efforts, the child sex ratio is gradually rising in the state and stands close to 950 in many districts, according to the Pregnancy, Child Tracking and Health Services Management System (PCTS).

Yet, despite these successes, other state government have failed to follow these simple steps: institute a system of informers, conduct decoy operations and ensure their protection. Have dedicated helplines, websites and cash rewards for reporting illegal sex determination and female foeticide.

But the law alone will not change the culture. Sex selective abortions are a scandal of epidemic proportions and we cannot sit idly while girls vanish from our cities, our neighbourhoods and our families.

We need to adopt a model of LIFE for all girls – Love, Inheritance, Freedom and Equality. The girls in our families and those yet unborn, need advocates who will love them, ensure that they have equal rights to family property as their brothers, their freedoms are protected and promoted and that they are treated with equal dignity and respect.

Tehmina Arora is a lawyer practicing in the area of constitutional law and human rights.