From Farms to Slums, the Job Crisis Has Left Women Even More Vulnerable

"If there are fewer jobs available, who will move out? The women will move out because they get lower wages. The men will go compete for the few jobs," said CMIE's CEO Mahesh Vyas. Chhaya Kharade, 36, an unemployed farm labourer poses with her sickle inside her house in Chincholi, March 12, 2019. Image: Reuters/Danish Siddiqui

Chincholi: A few years ago, in this sweltering corner of western India, the horizon was dotted with hunched, barefoot women swinging sickles all day to cut wheat for the spring harvest. 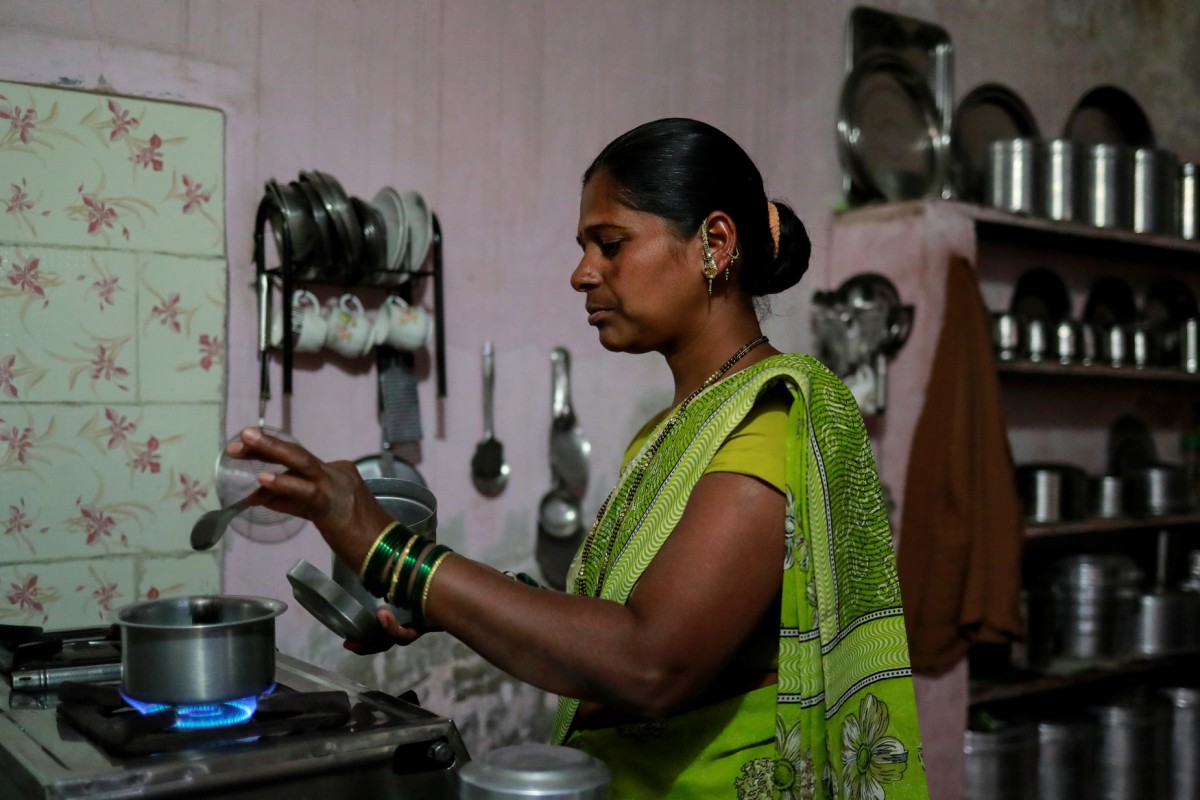 “I should be busy now, as the wheat harvesting is going on. But there is hardly any work for me. Almost all farmers are using machines,” Kharade said in her spartan two-room house.

Indian women, especially those working in precarious informal sectors, are at the sharp end of what economists and opposition politicians describe as a jobs crisis in India. According to the private Centre for Monitoring Indian Economy (CMIE), 90% of around 10 million jobs lost last year were held by women.

Several unemployed women interviewed by Reuters said they had soured on Prime Minister Narendra Modi, a Hindu nationalist who swept to power in 2014 vowing to turn India into an economic powerhouse but has struggled to create jobs.

While Modi remains the favourite in general elections that kick off next month, insufficient employment – despite India’s roughly 7% economic growth rate – is a major voter worry.

“Modi’s government has not done anything to create employment in this region. We would like to vote for a party that will set up factories and create jobs,” said Mumtaj Mulani, a 40-year-old woman who was plucking weeds from a pearl millet field in the area. She said she usually struggles to find work due to the spread of machines.

Also read: Graduates, Post-Graduates Among Candidates in Race to Become Helpers in Railways

The dwindling female labour participation rate could have far-reaching implications for India’s economic development and the progress of women’s rights in the often deeply conservative country.

“When nearly 50% of the labour force is unable to live up to its potential, India is foregoing significant growth, investment, and productivity gains,” said Milan Vaishnav, director of the South Asia programme at the Carnegie Endowment.

Measuring the problem is tricky, and Modi’s government has delayed the release of controversial jobs data.

But the official report, leaked to local newspaper Business Standard in February, shows the female labour participation rate was merely 23.3% in 2017-2018, down about 8 percentage points from 2011-2012.

Private estimates are gloomier. CMIE puts the figure at just 10.7% between May and August 2018.

To be sure, the loss of jobs to machines is a global issue, but Indian women have a more limited range of alternative work than their male counterparts. And in family-focused India, women across economic lines often quit work after getting married or having children.

Also, as some families’ earnings rise, more women can afford to become caregivers. 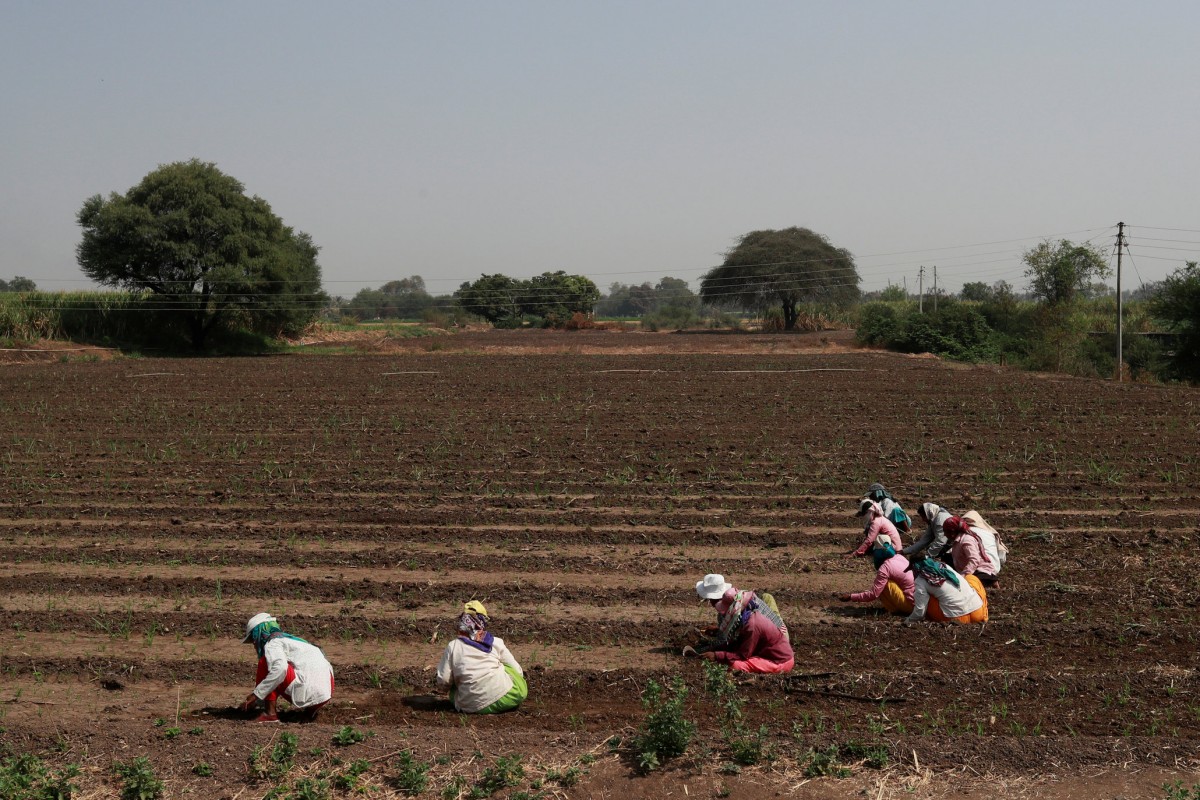 Still, when compared to nations with similar income levels, India’s female labour participation rate is “a distinct outlier,” according to Vaishnav.

Economists say Modi’s two signature economic policies – a ban on high-value banknotes in 2016 and the implementation of a national sales tax rate (GST) in 2017 – have hurt women more than men because they are more likely to be employed in vulnerable, informal workplaces.

Demonetisation thrust the informal, cash-based economy into turmoil. A year later, many small businesses went under, unable to deal with GST’s complexities or rate increases.

“If there are fewer jobs available, who will move out? The women will move out because they get lower wages. The men will go compete for the few jobs,” said CMIE’s CEO Mahesh Vyas.

In Dharavi, a Mumbai slum that is one of Asia’s largest, 33-year-old Farzana Begum has struggled to provide for her five children since the workshop she stitched buttons for shut shop in the wake of GST.

Also read: For First Time Since 1993-94, India’s Male Workforce Is Getting Smaller: Report

“I have stopped all extra spending on clothes and good food,” said Begum. “If you ask anyone in Dharavi, everyone has seen a fall in income, lost their jobs or seen factories close after GST.”

Her dismay was echoed on the other side of the country, in a village near Kolkata, where Nuren Nesa’s earnings from embroidering saris fell from 700 rupees a week to 300 after demonetisation. Following GST, work ground to a halt and her embroidery machine is gathering dust.

“Modi’s note ban and GST measures have destroyed our source of income,” said Nesa, 41, who withdrew her son from the university because tuition fees grew out of reach.

“I will vote for the leader who will help us out with proper work and income,” she added. 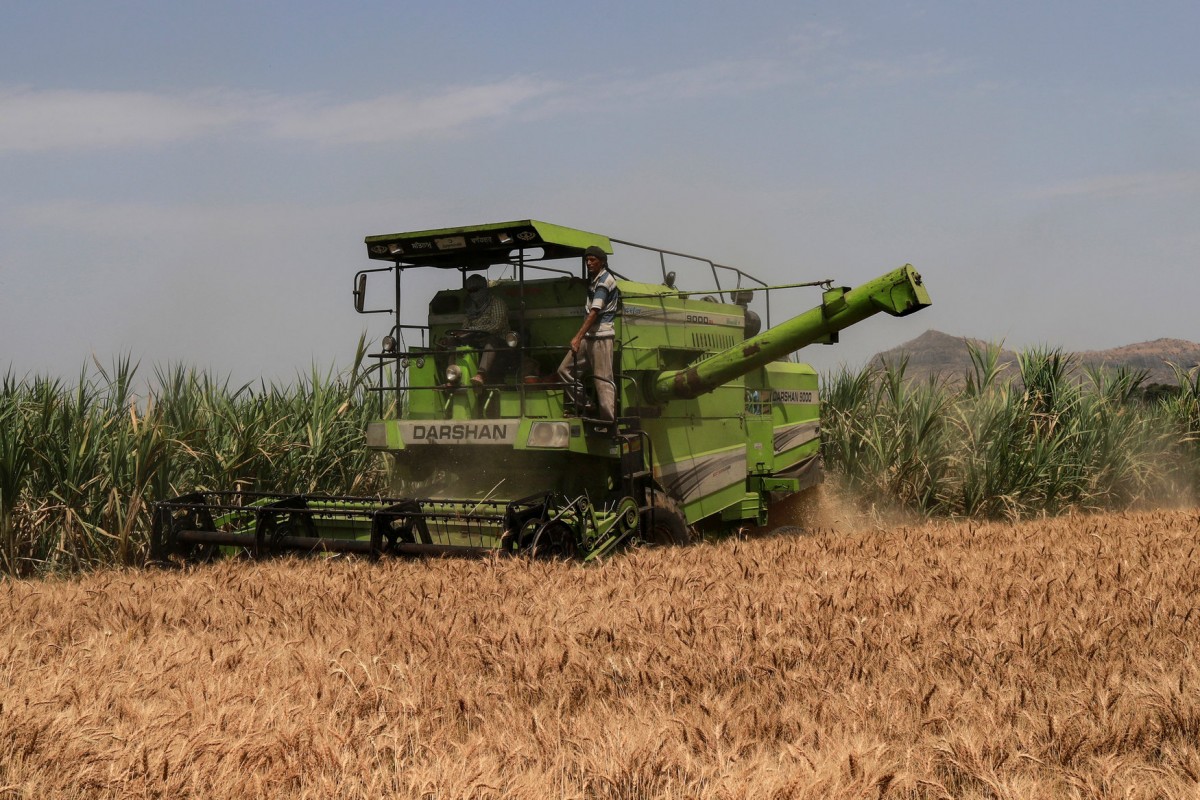 A combine harvester is used at a wheat field in Hivare, March 12, 2019. Credit: Reuters/Danish Siddiqui

As the battle for women’s votes heats up, Modi has pointed to programmes to provide toilets and subsidised cooking gas cylinders as evidence his administration cares for women. This month, the main opposition party, Congress, vowed to reserve a third of federal government jobs for women if elected.

Some business owners say they receive few applications from women.

“We do not find too many women in the segment we serve, even though we would like to hire more women because they are more sincere, there is less attrition and they can multi-task,” said Vineet Pandey, who owns Mumbai-based housekeeping firms Kaarya Facilities & Services and Hecqo.com.

Indian women sometimes do not take jobs far from home due to fears for their safety.

Call centres or factories run by multinationals often attract women workers by providing transport after late shifts, but working at many other jobs entails commutes on packed trains and buses through India’s teeming cities.

One businessman who employees roughly 1,000 men at his chemical factory in southern India, says hiring women would mean providing separate bathrooms and transport at night.

He argues bypassing men would also stoke tensions in India, where economic transformations and an influx of technology are testing the social fabric.

“In the rural areas, it is a more patriarchal society, if we give jobs to women and not men, there will be complaints from men,” said the businessman, who asked to remain anonymous.

“It is to maintain harmony.”

In any case, it is a moot point for now. His plant, struggling with high costs of power and transport, is not hiring.