Time Inside Cell Was Like 21-Day Retreat: Bishop Franco Mulakkal

The Roman Catholic priest who has been accused of raping and sexually assaulting a nun was released on bail on October 15. 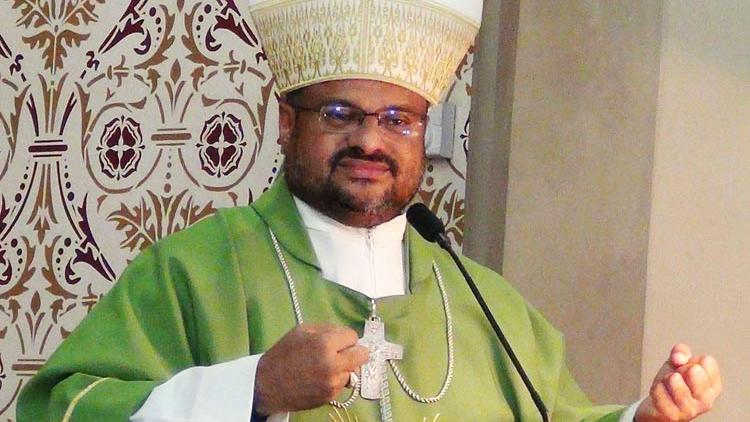 New Delhi: Franco Mulakkal, the Roman Catholic Bishop who has been accused of repeatedly raping and sexually assaulting a nun in Kerala, has stated that the bail he was granted on October 15 was “something like a miracle”, since “it is not easy to obtain bail in these types of cases.”

A report in the Indian Express has said that the Bishop wrote to other Bishops and monsignors of the Catholic Church in India, to bring them up to speed on the ongoing case. In the letter written on October 19, he has reportedly claimed:

After two days of interrogation before the police team at Trippunithara (Kerala), it became clear that police had no option but to arrest me due to pressure from the media and the scenario created by the sisters and their supporters at Vanchi Square in front of the high court at Kochi.

Describing his time in prison (in the letter), Mulakkal stated that it was like a “21-day retreat since most of the time was spent in prayers, reading of the word of God, meditation and personal reflection… It was a time of great blessing and graces” and that he faced no trouble in his cell.

Also read: ‘Bishop Franco Mulakkal Is a Symptom of the Decay of the Church’

On October 15, Franco Mulakkal was released from a sub-jail in Pala, Kottayam, after the Kerala high court granted him conditional bail. During the time of the hearing, a few supporters of Mulakkal were seen conducting “prayer meetings” in front of the prison’s premises. Upon his return to Jalandhar on October 18, he was given a ‘grand’ welcome by the Diocese of Jalandhar, including the nuns.

Punjab: Bishop Franco Mulakkal who was released from Kerala’s Kottayam jail yesterday after being granted unconditional bail by Kerala High Court, was welcomed in Jalandhar today. He is accused of raping a nun from Kerala. pic.twitter.com/k4H7J0FRMG

In her complaint to the Kottayam Police in June, the nun had alleged that Bishop Mulakkal raped her at a guest house in Kuravilangad in May 2014 and later sexually exploited her on several occasions. The nun said she had to approach the police as church authorities did not act on her repeated complaints against the clergyman.

Later, the senior Catholic priest was interrogated by the Kerala Special Investigation Team (SIT). In a strongly-worded letter, the nun had urged the Vatican to intervene in the matter and to remove Mulakkal as the head of Jalandhar diocese. Following this, the Bishop had been temporarily relieved of his pastoral reponsibilities. Soon after, the bishop was arrested by the Kerala police after intense interrogation and taken to a guest house at Kuravilangadu by police for reconstruction of the crime scene.

Franco Mulakkal, however, has denied the charges.