For the Judge, It Was a Feminist Who Was on Trial, Not Tarun Tejpal

No one can oppose a juridical finding of innocence based on reasonable doubt, but we must insist that rape survivors deserve a fair trial.

Judge Kshama M. Joshi, additional sessions judge, Mapusa, Goa acquitted Tarun Tejal, former editor-in-chief of Tehelka Magazine of rape of a junior woman employee on the ground that the prosecution was not able to prove its case beyond reasonable doubt. Tejpal had been charged under Sections 376 (2) (f), 376(2)(k), 354, 354A, 354B, 341 and 342 of the Indian Penal Code.

The trial took eight years. The survivor had to quit her job. She had to travel to face a hostile cross-examination, during the pandemic, in a different city. Her experience of the trial was Kafkaesque. She was treated as a persecutor par excellence. It is not a coincidence that the legal word “prosecutrix”, reserved mostly for rape victims, literally means a female persecutor. In rape trials, typically the line between prosecution and persecution is blurred, wherein rape survivors are treated as if they are the accused; and the rape trial is a pornographic spectacle. The 2013 criminal law amendment was supposed to change this. Shockingly, there is very little change in courtroom practice.

The trial court did not even bother to redact references in its judgment that revealed her identity. We know that the law mandates that the victim’s identity is not revealed, even where the court acquits. Thus suggesting a bias that the identity of a journalist in a rape trial does not really need to be concealed since she is a public figure as a writer. The Goa bench of the Bombay high court, which has admitted the appeal, has subsequently ordered redaction of references which reveal the survivor’s identity.

It is routine for courts to conclude that the prosecution failed to prove its case beyond reasonable doubt. However, after the 2013 amendment of the rape law, this is perhaps the first time a woman on the witness stand has been impeached with such undisguised bias against her work and values.

The judgment begins by questioning the nature of the journalist’s work on rape. The court suggests that the rape complaint was false because she wrote about the rape law, interviewed rape survivors, won a prestigious book grant and knew feminist lawyers. The court suggests that it was unsafe to rely on her testimony, since she is well-educated, a good writer, a journalist, proficient in English and above all conversant with the rape law. All of which could be said for the accused too, but the accused’s character or his past sexual history was not on trial.

This judgment is shocking in its bias towards the survivor as a ‘capable, intelligent, independent person’ conversant with the amended law and ‘rape cases after the Nirbhaya case’. By this strange logic, no woman judge, lawyer, researcher, journalist, doctor, nurse, police officer or law teacher can ever be believed during a rape trial.

Her own testimony – that ‘she would not be able to face herself if she did not speak about being sexually assaulted, especially when in her writings she had urged other women to do so’ – was twisted in court. The court did not recognise that women who research and write on rape are often sexualised, slandered and sexually harassed. Instead, the woman journalist was shamed, again and again, for her work and her solidarity with rape survivors.

Departing from settled conventions of legal writing, the trial judgment does not present the arguments on both sides fully and instead reproduces the questions posed by the defence paragraph after paragraph. For example, in para 120, she is questioned about a post written in solidarity with Dalit women after the Hathras rape atrocity. Should no rape survivor express solidarity with other victims, or question state policy, lest it is used against her? This paragraph has no link with paragraphs above or below it, nor does this question demonstrate nexus with her testimony. It only evidences bias towards feminist politics. 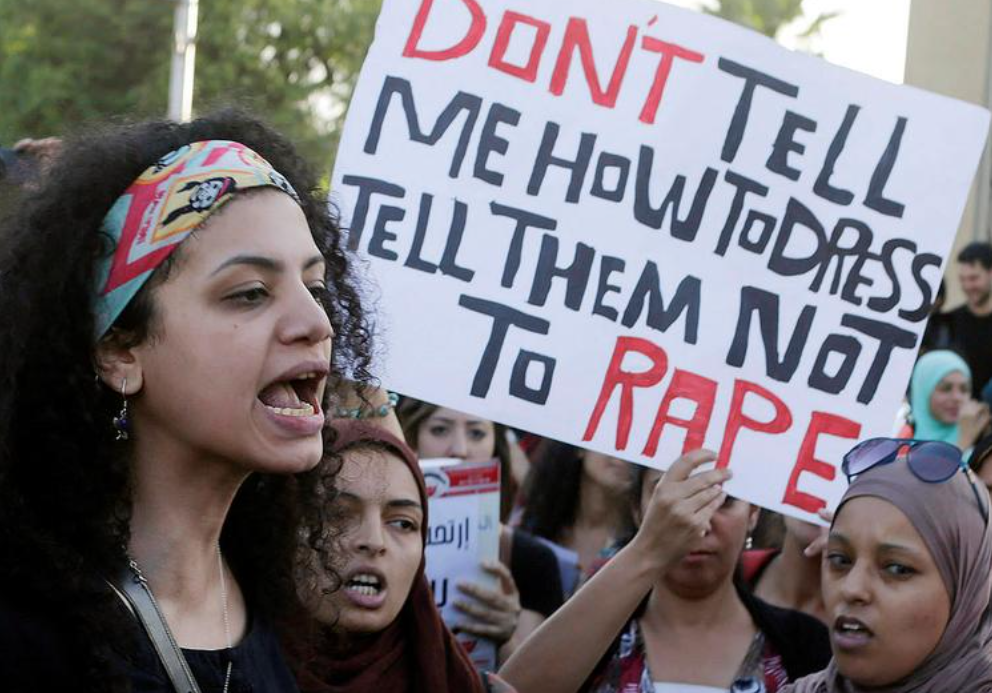 The court holds that ‘with the help of experts, there may be a possibility of doctoring of events or adding of incidents. Advocate for the accused has thus rightly submitted that the deposition of the prosecutrix has to be scrutinised in that angle’. This accusation is directed at senior women lawyers with impeccable credentials such as senior advocate Rebecca John and former additional solicitor general Indira Jaising, among other eminent feminists. Overlooking the legal fact that the rape victim not only can consult any lawyer, she has also the right to be represented by any lawyer of her choice, along with the prosecution, during the trial.

This judgment is also shocking for it admits past sexual history and unsubstantiated sexual innuendo through electronic records and defence testimonies which talk about alleged sexual fantasies of the woman. Sexual gossip about a woman also finds long descriptions in the judgment but it is not at all clear why sexual hearsay is admissible as evidence. And when the prosecution’s objection that past sexual history cannot be admitted is upheld, the court notes that some statements on a number of pages should be “glossed over”. However, neither in the cross-examination or the reasoning was this “glossed over” in upholding the defence argument that nothing happened, other than drunken banter.

When the victim voiced her concern about protecting the privacy of her journalistic sources on phone or email, the court assumed she had something to hide. Surely, the practice of giving free access to all kinds of electronic records which are not relevant to the case means that a woman’s personal life is available to the defence team. This becomes a fishing expedition that allows past sexual history into the record through other means, thereby undermining the 2013 amendment.

Although there is no point doing a medical examination or forensic analysis of body or clothes after passage of time, it was suggested that no medical examination suggests that the charge was fabricated. She is deemed a liar because she knew yoga and did not cause marks of injury on the accused. She is blamed for not screaming, and “merely” saying, no. She was repeatedly asked whether she lifted her knees during the assault, what the length of her dress was, or which body part was touched when and how, in pornographic detail. And apparently, all rape survivors must keep crying, until the court is satisfied of their trauma. She was asked ‘whether it is immoral to have consensual sex with different persons’,  whether ‘it is immoral to consume alcohol voluntarily or smoke cigarette voluntarily’, or ‘whether she indulges in conversation containing sexual overtones with friends’. When she asserted her right not to satisfy irrelevant lurid curiosity about past affairs, or denied sexual fantasies attributed to her, she was characterised as someone who ‘twists and manipulates the truth’.

Feminists do not oppose a juridical finding of innocence based on reasonable doubt, but they insist that rape survivors deserve a fair trial. There is an excess in this judgment that can only be described as backlash that puts a feminist on trial. This maltreatment and the charge of a feminist conspiracy suggests bias, and deserves judicial scrutiny for lack of judicial discipline, and restraint.

Pratiksha Baxi is an academic in Delhi and author of Public Secrets of Law: Rape Trials in India (OUP, 2014)