'The death penalty often becomes a short cut when, in fact, there is a need to focus on long term social change.' 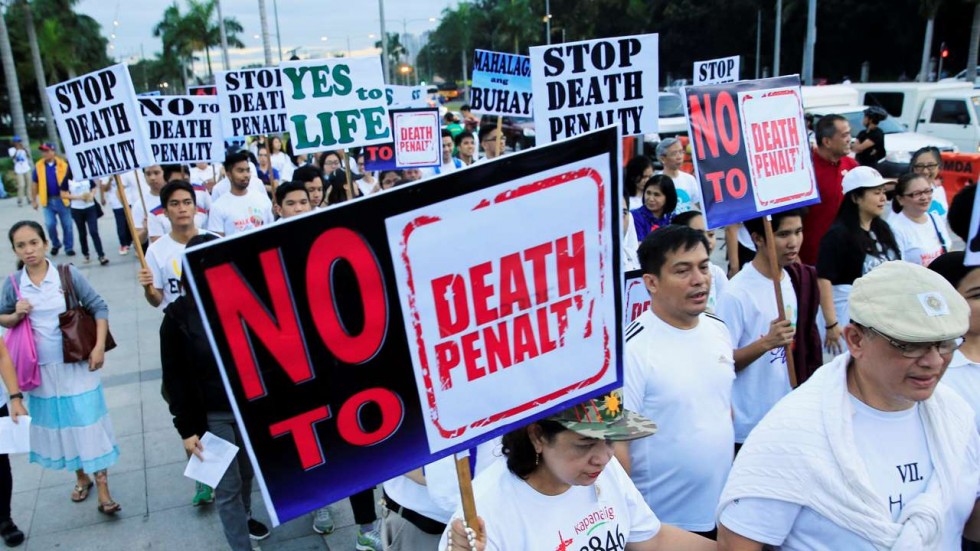 A protest against the death penalty. Photo: Reuters

New Delhi: Almost 400 feminists from across the country have issued a statement appealing to the President of India to stop the execution of all four persons convicted in the 2012 Delhi gangrape and murder case.

Also read: Teach the Justice System to Be More Aware of Women

The signatories also held that there was “no short cut to justice and safety” and that the only way to stop crimes against women was to make improve the criminal justice system. Referring to violence against Adivasi and Dalit women, the statement said that there was a “need to understand the pervasiveness of this kind of violence on women and evolve punishments that act as true deterrents to the very large numbers of men who commit, and get away with, such crimes”.

As individuals and groups who have been engaged in the struggles for women’s rights, safety and justice, it is often presumed that we would support the demand for death penalty for sexual assault. But for decades, even as we have consistently fought to make the world safer for women through changes in policy and law, and social awareness by breaking the silence on these heinous crimes, we have consistently argued against the death penalty for sexual assault, as well as, all other crimes.

In the light of the death warrant being issued on 7 January 2020 against Akshay Kumar, Vinay Sharma, Pawan Gupta, and Mukesh Singh convicted of the brutal assault, gangrape and murder of a 23-year old medical intern in Delhi in December 2012, we reiterate our position against the death penalty.

We understand the inexorable pain of the parents and other loved ones of women and children who are raped and, in many cases, killed. However, efforts by politicians and parties, courts and other vested interests to capitalise on their pain and make the case a matter of the nation’s honour, give false hope that the harshest punishment of death will prevent all such cases in the future. The bare truth is that even after the Indian state executed Auto (Gowri) Shankar in 1995, Ranga and Billa (Kuljeet Singh and Jasbir Singh) in 1982, and Dhananjay Chatterjee in 2004 for rape/s and murder, sexual assaults and killings continue unabated.

We are against the death penalty because:

2. There is no short cut to justice and safety. The death penalty often becomes a short cut when, in fact, there is a need to focus on long term social change, and the State’s failure to ensure the security of women. The only way to stop such crimes is the certainty that the criminal justice system will work with honesty, integrity, competence and fairness against every accused, irrespective of their social standing, power position, class, or caste. Instead, what the State is trying to do is to distract us by creating an ‘illusion of justice’, by selectively hanging people even as it protects others responsible for similar crimes.

3. Tragically, brutal sexual assaults occurs with frightening regularity and impunity in our country, especially against adivasi and Dalit women, workers in the unorganised sector, women with disabilities, hijras, kothis, trans and gender queer physiques, and sex workers. Additionally, during incidents of sectarian violence, women of certain castes and communities become targets of sexual assault, torture and murder. There have been, and continue to be, a large number of women similarly targeted in conflict areas such as Jammu & Kashmir, Manipur, and Chhattisgarh. There is a need to understand the pervasiveness of this kind of violence on women and evolve punishments that act as true deterrents to the very large numbers of men who commit, and get away with, such crimes.

4. In the December 2012 case, violence was meted against the victim by strangers, which has rightly triggered a wide discourse on women’s safety in public spaces. However, the majority of sexual crimes are committed by members of their family, neighbours, friends, teachers, guardians and other acquaintances. Not surprisingly, therefore, reporting of such crimes remains abysmally low. In all these instances, the process of seeking justice is severely stacked against victim/survivors, and the conviction rate for reported sexual crimes remains as low as 26%! Consequently, most perpetrators of sexual violence enjoy a high degree of impunity, including being freed of all charges which we believe is the greatest cause for the continued prevalence of such violence.

5. We are not anti-punishment. Rather, we are pro-justice. Let us remember that the Justice Verma Committee, which was set up immediately after the December 2012 incident, stood against death penalty for sexual assault, and as did the Law Commission of India in its 262nd Report on The Death Penalty in 2015.

No matter how heinous the crime, we believe that every human being has an inalienable right to life and holds the potential for reform, if only the State and society will commit themselves to it, instead of baying for blood. In this case, the blood of those convicted in the December 2012 case.

There is no quick answer to stopping sexual crimes. We need to walk together on the long and complicated path to dismantling patriarchal and caste/community-based privilege, impunity and power, and the pervasive misogyny based in customs, tradition, law, the courts, government and society.

We hope the President of India will commute the death sentence of the convicts of the December 2012 case to a lifetime in prison, and in doing so, the lead the nation towards the vision of a society based on equality and justice, not revenge and retribution.