The Death Penalty Ordinance Has No Leg to Stand On

In reaction to the recent horror in Kathua, the government has birthed a myopic ordinance that awards the death penalty not to rapists, but to victims of rape. 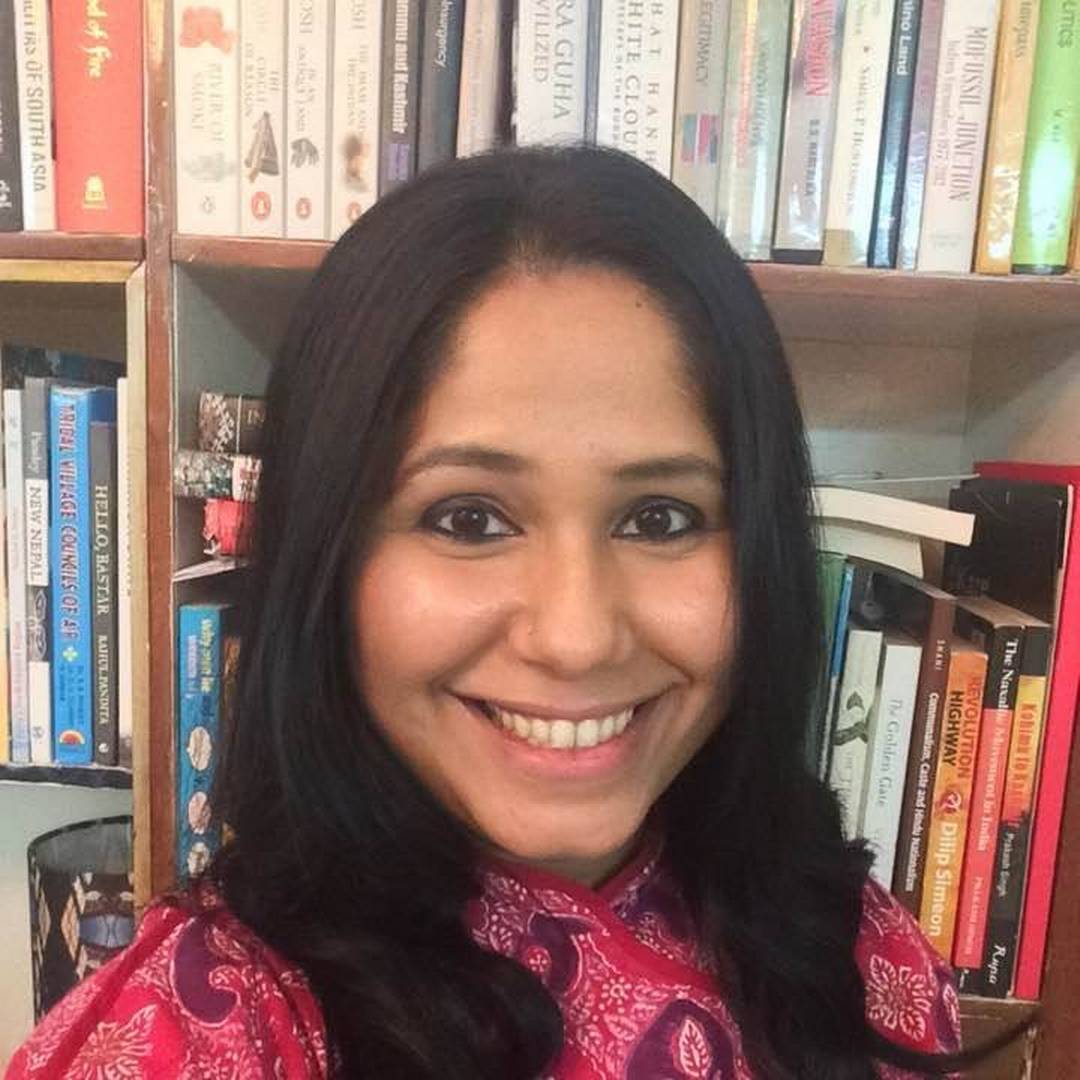 By introducing the ordinance awarding the death penalty to rapists whose victims are under the age of 12, the Indian government has reflected its lack of thinking and commitment to and avoidance of facts and research, and, demonstrated a glaring absence of vision or understanding of rape and why men commit rape. In short, the government has birthed a myopic ordinance that awards the death penalty not to rapists, but to victims of rape.

Sanjay is a rapist. He started on this path by indulging in gateway behaviour. He hit dogs as a boy and remained unpunished. He groped a female classmate and passed lewd comments at girls at the age of 16. He was never reported. He then raped a neighbour’s daughter and she never spoke of it. He gained confidence after this and when he found the opportunity, he used it to harass and molest women on public transport. No one reported him. He soon realised that Indian women are not very likely to report him to the police as they fear going to the police and being harassed as much as they fear their assaulters.

By the time Sanjay was 30, he had raped five different girls and women. However, he realised that with new rage against rape amongst Indian women, it was easier and safer for him to rape younger girls, those under the age of 12. They were physically weaker and could be easily abducted. He could threaten them into silence, and they stayed quiet. However, one day after the politicised rape of an eight-year-old girl, the government of his country introduced an ordinance where raping children under the age of 12 became a capital crime.

Sanjay is a habitual offender. He cannot understand how to stop raping girls, because like most serial offenders, he still wants to rape young girls. But now there is an added risk to his pursuit of crime. He could be hanged for it. He knows he will not stop raping girls, but he cannot take the risk of letting his victims speak out. What will Sanjay’s best strategy be in this scenario, given that he will not stop raping, and, he does not want to die?

This scenario is one that we should look at seriously to look at observable and predictable implications of the government’s latest knee-jerk ordinance to amend the Protection of Children from Sexual Offences Act (POCSO), Code of Criminal Procedure (CrPC)  and the Indian Evidence Act. Policies that are enacted by states throw up incentives and disincentives for individuals, i.e., people don’t always follow policy, instead they respond to it by changing their behaviours. For instance, during demonetisation, not everyone raced to the nearest bank with all their ill-gotten old currency. Some used it to turn a profit by monopolising the distribution of new notes, others bought gold with hidden stacks of old currency from jewellers with back-dated receipts, which were then legally furnished to authorities by the jewellers as bills of sale, and so on.

Following policy and responding to it are two different things. This is the first point of intervention I will make in the debate on capital punishment for rapists. There is mixed evidence from research on the deterrence effect of capital punishment. Isaac Ehrlich’s work in the 1970s, for instance, reports strong deterrence, while earlier studies do not find such effects. Scholars are also divided on the issue of aggregating crime data. At what level does crime deterrence because of capital punishment work – national, federal or local? Further, there is no clear answer as to what types of crimes capital punishment does deter. Joanna M. Shepherd’s work reports a deterrence effect on crimes (murders) of passion, but only when the period the criminal spends on death row is reduced.

Similarly, the work of Dezhbaksh, Rubin and Shepherd also shows that on an average for every state execution in the US there are 18 fewer murders. So the limited claim that can be made is that capital punishment may act as a deterrent for some types of homicidal behaviour. The other substantial assertion that scholars make is that people of colour, or, persons from groups that are weak and marginalised are disproportionately more likely to get sentenced to death for murder.

So what then has prompted this new ordinance legalising the death penalty for rapists that target children below the age of 12? As other observers have convincingly argued, this is a political move by a government that has found itself on the back-foot after a huge backlash against rape in India. It is a policy not for justice for rape victims, but for appeasement of those that are publicly dissenting against the government. But most importantly, and I cannot emphasise this enough, this policy move does not rest on the basis of any strong research, need-finding or clear diagnosis or understanding of the problem of rape in India.

In theory, capital punishment may work to deter, not stop and completely prevent, some crimes. However, the debate about capital punishment is expansive enough to call into question the ethics and morality of a society that would support such cruel and unusual punishment. Most interventions by those who oppose the death penalty rest on the ethics of it, the problem of wrongful convictions and irreversibility of death – all good arguments against the death penalty. With respect to the ordinance observers have raised other arguments about the selective nature of the penalty – why is it only for perpetrators that have raped children under 12? What will this penalty do to the reporting of the crime of rape by a family member when 94-98% of all rapes are committed by family members and persons known to the victim?

Leaving all the other valid critiques that have already been offered, let us come back to the original question posed in the opening scenario. What will Sanjay, the serial rapist, do once he knows that rape is punishable by death? If Sanjay were a typical rational actor, he would stop raping young girls. The heaviness of the punishment before him would be enough to stop him, if he were thinking rationally with a full set of information before him.

However, Sanjay has two problems. First, he is a serial offender, i.e., his pattern of behaviour is unlikely to change in the face of the stiffest punishment. Second, he knows there is still a chance that he can get away with it. What he will do is gamble on the chance that he can still go unpunished.

But how will Sanjay maximise his odds of avoiding the death penalty? In his mind, the answer is simple. He absolutely must ensure the girl he rapes will not survive. This is because he knows that she is the only witness to his crime. And, however unlikely it is that she will report the crime, there is still that marginal chance that she will report it, give evidence in court and have him sentenced to death. To ensure that this probability is reduced, Sanjay will decide to kill his rape victim. He also knows that he can wash or burn away forensic evidence, and, even if such evidence is found and produced in court, he knows that convictions without a live witness are low, and convictions in cases of rape are less than 30% in India.

In short, Sanjay and all other rapists like him will instinctively know that the way to avoid the surety of capital punishment is to ensure the death of the victim so that the only conviction made is done on the basis of forensic evidence, which has a smaller chance of resulting in a conviction than an actual witness testimony given the small number of forensic labs in the country and the problems with long chains of custody. If Sanjay is a man of influence and is charged with the crime, he can have the evidence tampered with or ask his local political backers to stand by him and mobilise mobs to disrupt and bias the legal process. Without the witness/victim to attest to the crime, everything else can be spun to fit his narrative.

Our government has introduced an ordinance to manage public pressure and to improve its image as a government that is tough on crime. In doing so it has reflected its lack of thinking, its lack of commitment to and avoidance of facts and research, and, demonstrated a glaring absence of vision or understanding of rape and why men commit rape. In short, the government has birthed a myopic law that awards the death penalty not to rapists, but to victims of rape.

Vasundhara Sirnate Drennan is the Director of Research at The Polis Project Inc.