Even if they are not directly affected by the virus, factors such as lack of preparedness and administrative apathy are endangering the lives of pregnant women and newborn babies.

India had announced a complete lockdown of all activities from the midnight of March 24 as a strategy to contain the spread of COVID19. The ill-planned lockdown has led to unprecedented hardships for several vulnerable groups, including pregnant women. In all the past, coronavirus outbreaks like Severe Acute Respiratory Syndrome (SARS) of 2002-2003 and the Middle East Respiratory Syndrome (MERS) of 2012, and other epidemics such as the Ebola Virus outbreak of 2013-16 in West African countries and the Zika Virus epidemic of 2015-16 in Brazil, pregnant women were found to be more vulnerable as they experienced adverse pregnancy outcomes. Extrapolating lessons from those experiences in the current context of the novel coronavirus, pregnant women were declared a ‘high risk group’ even though there is no conclusive evidence yet about vertical transmission.

The Indian Ministry of Health and Family Welfare (MOHFW) had clearly mandated guidelines that pregnant women must be provided with all essential maternal health services. In spite of this, many states have curtailed outreach services for immunisation and maternal health services citing the importance of taking precautionary measures against the infection. A majority of public health infrastructure and workforce from the primary to the tertiary level are engaged in COVID-19-related health activities and are facing a high shortage of Personal Protective Equipment (PPE). On the other hand, many private hospitals have stopped functioning completely as they do not want their staff to be exposed to the virus due to lack of PPE. Both of these issues have gravely exacerbated the problems of pregnant women in the country.

The challenges faced by pregnant women during this crisis have to be contextualised in the backdrop of pre-existing structural and social inequities. Women from higher income groups were reported to be anxious due to cancellation of weekly check-ups, increased risk of COVID-19 infection during hospital visits, and delay in life-saving procedure like caesarean sections due to shortage of staff and lack of infrastructure like operation theatres. However, the emergency telemedicine services provided by several hospitals, over and above the class advantages of easy access to direct doctor’s consultation, and availing a vehicle pass had somewhat eased the situation for these women.

Also Read: Obstetric Violence During COVID-19 Is yet Another Challenge for Indian Women

In contrast, the concerns of pregnant women from poorer socio-economic backgrounds are completely different. With most of the ambulance services diverted for COVID-19 related activities and suspension of transportation facilities, women in labour are finding it increasingly difficult to access maternal health services. A 28-year-old woman gave birth in the Emergency Response Vehicle on the way to Safdarjung hospital in Delhi. Similarly, in Surat, another woman delivered her baby in a 108 ambulance on the way to the hospital. Non-availability of adequate ambulances for covering maternity services led to the delay in reaching the health facility in both these cases. The situation of two other women in Hyderabad and Moga, Punjab, was even more precarious: no ambulances were available. Their husbands tried to take the women to the hospital on their two-wheelers. While the woman in Hyderabad could not reach the hospital because of road blockades, the woman in Moga reached a public hospital, which was shut, and was denied care in two private hospitals. As a result, both the women ended up delivering on the roadside. In two other cases, in Coimbatore and Bengaluru, two pregnant migrant workers delivered on the roadside. In the latter case, it was reported that the woman and her husband had walked for 7 km in search of a hospital.

In all the cases of roadside deliveries, Good Samaritans helped the women in delivering their babies. In one case(Bengaluru), the baby was also revived. In two cases, staff in the ambulances which reached after the delivery helped in cutting the umbilical cords (Coimbatore and Hyderabad). Although timely help by these unskilled Samaritans had helped the women, the risk of infections and other complications cannot be ruled out. Another important point to highlight is that most of these cases were reported from urban areas, including metropolitan cities.

From the few reported cases from rural areas, it appears that women are left facing huge difficulties in accessing government-run maternal healthcare. A 25-year-old migrant worker from the border district of Kasaragod, Kerala, gave birth in an ambulance on her way to the nearest facility in Mangaluru, Karnataka. The ambulance was blocked from entering Karnataka by that state’s police due to the nationwide lockdown. In another incident, a Muslim woman from Bharatpur district, Rajasthan, was refused admission in its Zanana Hospital and was referred to a hospital in Jaipur, 187 km away, even though she was already in labour. Due to the denial of timely care, the woman gave birth to a stillborn baby and the father has alleged that this is a case of religious discrimination. 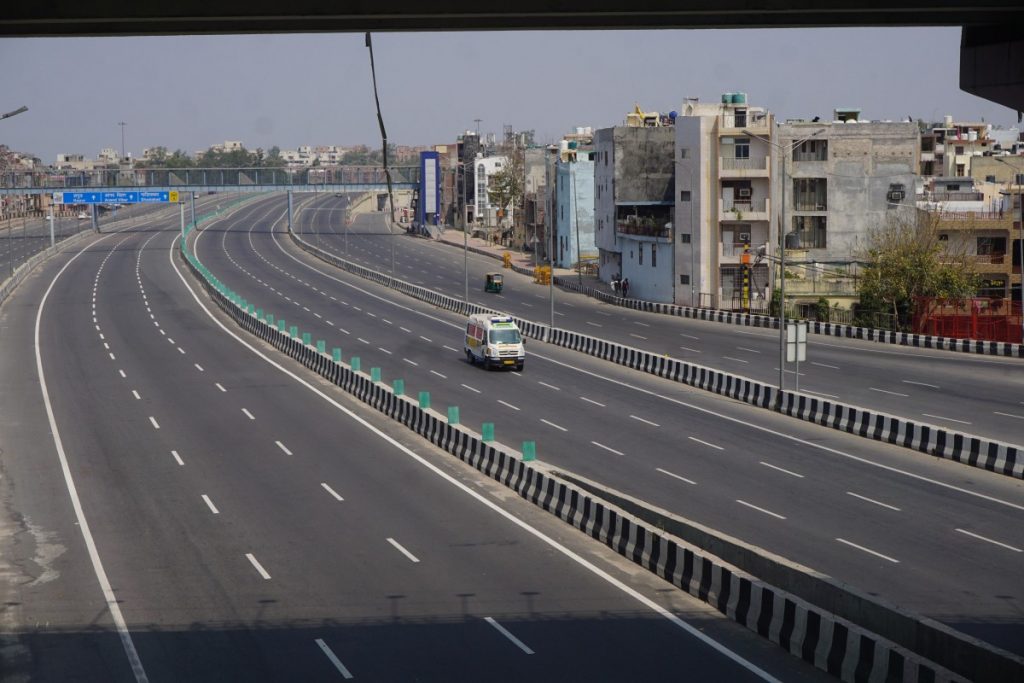 MOHFW defines containment zones as specific areas where COVID-19 cases are found. Red zones are those districts that are reporting a large number of cases or high growth rates. In such regions, roads are completely barricaded and entry and exit is restricted to prevent further spread of the virus.

In many such areas, women in labour are facing additional hardships in accessing maternal care. In Muthialpet containment zone, in the Tamil Nadu-Puducherry border, when a woman went into labour, her father could not find any vehicle to take her to the hospital. Finally, when an auto-rickshaw owner offered his vehicle, a policeman who had accompanied the father in his desperate search offered to drive the auto-rickshaw. Like in the above case, not all women receive cooperation from the police. In Ranchi district, a Muslim couple was not allowed to leave the containment zone to seek maternal care as they did not have a medical pass. Eventually, the woman was forced to give birth at home with the assistance of women from the neighbourhood. Unfortunately, due to lack of care, the newborn passed away.

On April 21, the ICMR came up with a new guideline that advised all pregnant women from containment areas from hotspot districts, including those who are asymptomatic and are likely to deliver in the next five days, to get tested for COVID-19. These have led to additional hardships for women on the verge of childbirth as well as for the healthcare providers attending to them.

Also Read: Should All Patients Admitted to Hospitals Be Tested for COVID-19?

A woman in Anantnag, Jammu & Kashmir, who gave birth to stillborn twin babies and later died, was found to be COVID-19 positive. This incident has brought about multiple conflicts between the family of the woman, the hospital and the district administration. Her family and the district administration alleged that the woman passed away due to neglect from the hospital, while the hospital stated that they provided her with immediate care as she came alone to the hospital at an advanced stage of labour and they were unaware of which geographical area she had come from or that she had COVID-19.

In another case, a 20-year-old woman in Gadwal district of Telangana passed away along with her baby in a hospital, after she was denied care in four hospitals. In her case also, the husband alleged that negligence and delay from doctors at various hospitals led to her death

From the above cases, it can be seen that pregnant women and their babies are at increased risk during the current pandemic. While the virus may not be affecting these women directly, other intersecting factors such as lack of preparedness of the state, apathy from the administration, pre-existing inequities, religious discrimination, migrant status and lack of PPE for the healthcare providers are major factors endangering the lives of women and their newborn babies.

These cases have demonstrated that the mere existence of guidelines mandating that pregnant women must be provided essential services does not enable or ensure that they can access it. Additional and specific arrangements under the RCH programme needs to be done for the effective and holistic implementation of maternal health services during COVID-19.

The government needs to keep an eye on the issue of restoration of services, provision of non-discriminatory services to all demographic categories to check the collateral damages and high rate of maternal complication.