From Abuse to Jobs, the Crisis Will Burden Women More Than Men

Beyond domestic abuse, too, crises like the current one have resulted in social effects, particularly in employment, that have affected women more than men. 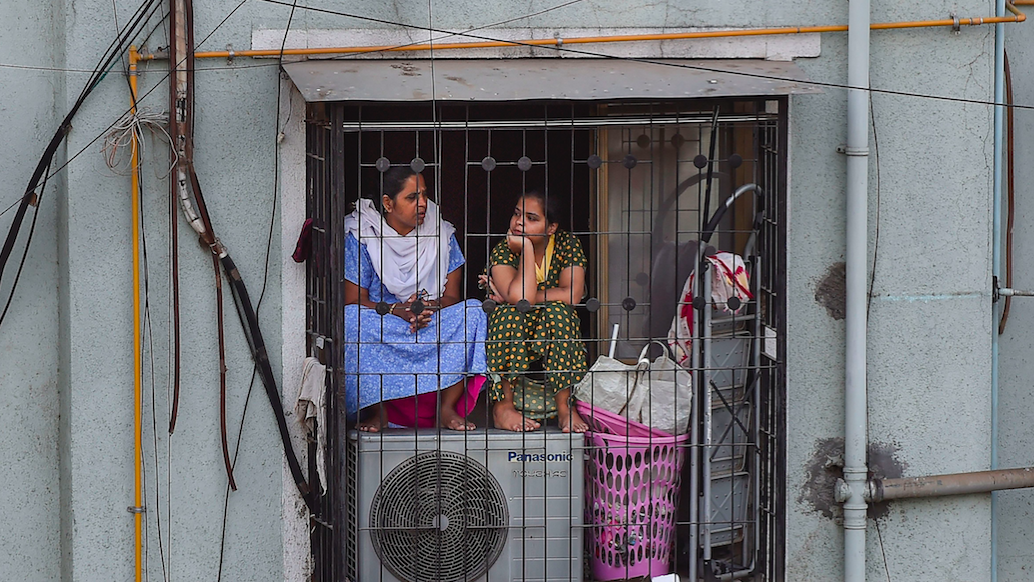 Coronavirus seemingly affects men more than women. Yet, the pandemic will scar a whole generation of women in ways we can only imagine.

In Hubei, the origin of the deadly outbreak, domestic violence reports to police more than tripled during the lockdown. As countries around the world quarantine their citizens, domestic abuse cases are rising.

The police in Uttar Pradesh, which is one of the worst states for violence against women in the country, has launched a new domestic violence helpline as cases surge during the COVID-19 lockdown. With schools and workplaces shut, women have no respite from abusive relationships.

According to the National Commission for Women chairperson Rekha Sharma, “The number has increased. Men are frustrated sitting at home and are taking out that frustration on women. This trend is especially seen in Punjab from where we have received many such complaints,”

There has been much discussion on the economic cost of this pandemic. In India, we are talking about mental health issues induced by isolation and anxiety. But very little has been said about abuse and assault of women in their homes.

Statistics show that the coronavirus affects men more than women. Yet, the pandemic will also scar a whole generation of women. Through increased abuse in the short run and systemic economic discrimination in the long run, women will bear a higher cost on their health as well as their economic independence.

And it’s not just women. The US National Crime Agency predicted a significant rise in online child sexual abuse during coronavirus pandemic. While statistics aren’t easily available for India, one can only imagine the rise in cases here.

Research by Daniel Schneider and others at UC Berkeley measures the rise in intimate partner violence (IPV) during the Great Recession in the 1930s. Unemployment and economic hardship led to abusive behaviour. They show that even after economic distress levelled at the micro-level, men’s controlling behaviour continued to increase towards their partners.

There is also a link between alcohol and abuse. Researchers have consistently found that approximately one half of all sexual assaults are committed by men who have been drinking alcohol. It should be alarming then that Kerala government had to authorise the sale of foreign liquor as ‘medicine’ when suicide rates rose as alcohol shops closed down due to COVID-19 lockdown. The high court has subsequently stayed the order.

Women’s health is not just confined to safety and abuse. Long term effects on health have also been stark after an epidemic or crisis.

Research by Claire Wenham and her colleagues, as part of the Gender and COVID-19 Working Group, reported a detailed study on the aftermath of an epidemic on gender and equality. They say that after the Ebola outbreak in West Africa, school closures affected girls’ education and life opportunities. As many girls dropped out of school, it also showed a rise in teenage-pregnancy rates. And predictably domestic and sexual violence rose.

Wenham’s research also showed how significantly children were affected with a steady decline of childhood vaccination during Ebola. Later on these children contracted preventable diseases and their mothers’ employment were affected as they took time off from work.

So the trend is always the same – when it comes to crisis things that aren’t priorities get canceled – read women’s health and safety and mortality.

Most devastating were the invisible deaths which did not make news. In Sierra Leone, during the outbreak, more women died of obstetric complications than by Ebola.

Beyond immediate victims, epidemics can also have lasting social effects. Academics have been studying the consequence of epidemics – the Ebola crisis in three African countries in 2014, the Zika virus that surfaced in 2015-16 and recent outbreaks of SARS, swine flu and bird flu. They found that there are deep, long-lasting effects on gender equality.

Julia Smith, health-policy researcher at Simon Fraser University says that even though everybody’s income was affected by the Ebola outbreak in West Africa, men’s income returned to pre-outbreak levels, but women’s income did not.

Another example would be to look at the economic trends post recession on gender and employment. A recent study by researchers at Northwestern University shows that compared to regular recession this pandemic will affect women more significantly than men with more women losing their jobs. The World Economic Forum recently quoted that due to mass school closures women will bear much of the responsibility for child and elderly care. The lockdown will only exacerbate the burden since women already do three times as much unpaid care work than men. In India it is 9.8 times more.

The effects of recession are much the same for Indian women. Even though in 2008 the recession was mild in India, men’s job losses weren’t impacted much. But women have continued to experience a fall in their employment rate. A study by CMIE shows that in 2018 out of the 11 million jobs lost, women accounted for 8.8 million jobs whereas men lost only 2.2 million jobs.

Also read: For the Last 11 Days, One Woman Has Been Stranded Between India and Bangladesh

What can be done

There is a brighter side in terms of shifting gender roles. As the world adapts to the new ‘forced’ work from home routine, we could try and rebalance our society, with men taking-up more domestic responsibilities. Perhaps it starts at households where women work as healthcare providers and essential workers. As they would need to stay away from home, it would mean men would be required to take sole responsibility of children and elderly thereby shifting the norm.

Just two days ago the Illinois Department of Human Services announced that they are launching a $1.2 million plan towards prevention of domestic violence and assistance of sexual assault survivors during the current pandemic.

Just as we found Punjab police urging women to ‘put their men to work’, it would do good for administrators in India to take the issue of women’s safety seriously. Launching helplines, authorising funds, making the police force aware would be the first few step in protecting our women from abuse in their own homes.

Ishani Roy is the founder, Serein Inc, a diversity and inclusion consulting company.