The charge sheet filed before the Special CBI court in Lucknow names Sengar and his alleged associate Sashi Singh as accused in the case. 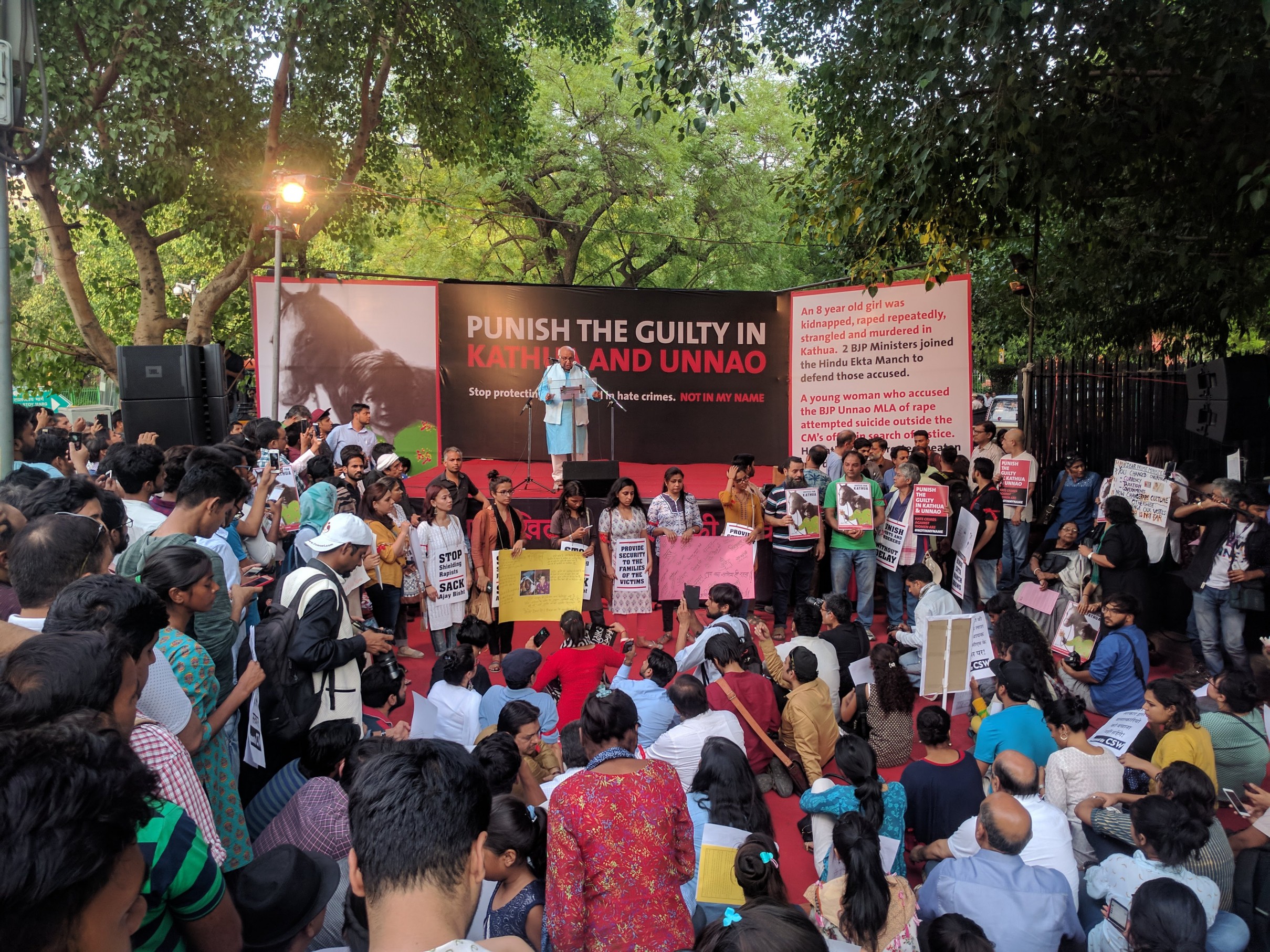 Representative Image of protests for justice in the Kathua and Unnao rape cases. Credit: Wikipedia

New Delhi: The CBI has filed a charge sheet against Uttar Pradesh BJP MLA Kuldeep Singh Sengar in connection with alleged rape of a teenager at his residence, officials said on July 11.

The sources said the charge sheet was filed before Special CBI court in Lucknow and names Sengar and his alleged associate Sashi Singh as accused in the case.

The victim had alleged that she was raped by the MLA from Bangarmau in Unnao at his residence on June 4, 2017, where she had gone with a relative seeking a job.

The BJP government in the state had recommended a CBI probe in April this year. Sengar is a four-time BJP MLA.

A purported video of the girl’s father before his death had gone viral in which he had alleged that he was mercilessly beaten up, including with rifle butts, by the MLA’s brother and others in the presence of police.