Why Pope Francis Must Act Against Jalandhar Bishop

With the church in India violating its own guidelines on how to deal with sexual harassment, the Pope must aid the survivor nun's struggle for justice. 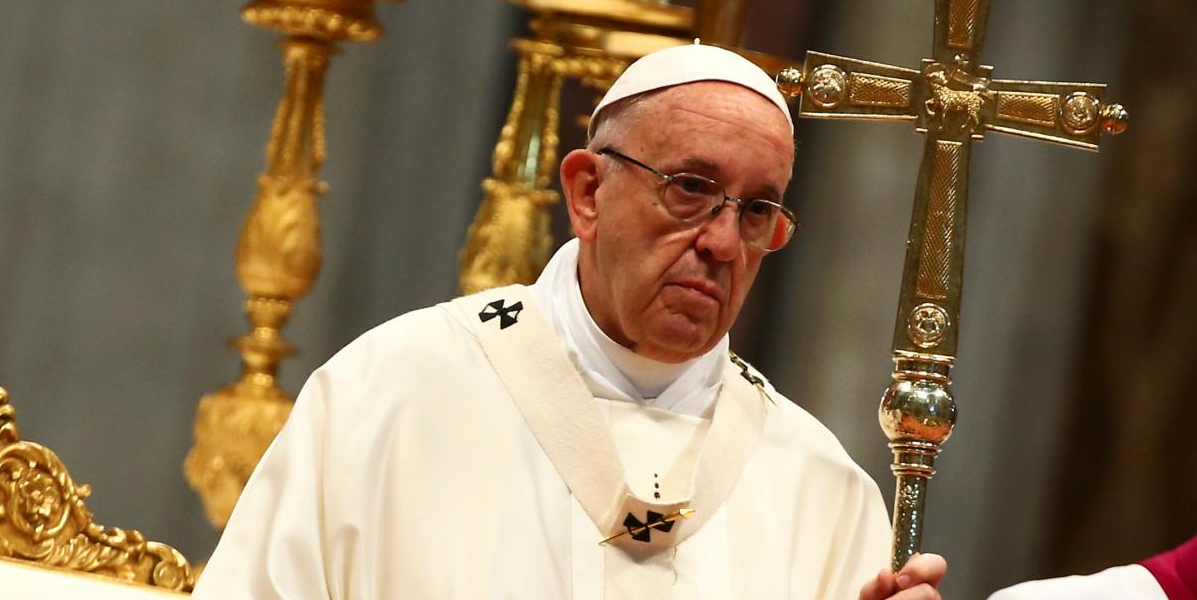 The survivor nun, a former superior general of her congregation, has alleged that bishop Franco of the Roman Catholic diocese of Jalandhar raped her repeatedly over a period of two years. She was also allegedly subjected to intimidation and expressly threatened too.

We the undersigned, write to you in our capacity as conscientious practicing lay Catholics from the Archdiocese of Bombay (Mumbai).

We are feminists and have been actively working towards preventing and combating, gender based violence through our respective organisations’ work. We have always, personally considered our work to be a logical extension of our faith, in service of humanity, especially the marginalized.

At the outset, we express our solidarity with the survivor nun from Kuravilangad, Kottayam District, Kerala, India who has continued her struggle against injustice, but in vain. The survivor nun, a former Superior General of her congregation, has alleged that Bishop Franco Mullackal of the Roman Catholic disocese of Jalandhar, who is the patron of her congregation, raped her repeatedly over a period of two years. She was also allegedly subjected to intimidation by him and expressly threatened too.

What has followed is simply appalling. To begin with, the Church hierarchy in India hasn’t taken any action against the accused Bishop in this regards, despite ultimatums from the survivor nun whatsoever. What is worse, is that there has been no enquiry initiated against the accused, despite a police investigation underway.

There is palpable pressure on the Police and local law enforcement agencies, as the accused Bishop has openly played the communal card and dismissed calls for his sacking, as a larger conspiracy against the Church. As we write this letter,The Congregation of the Missionaries of Jesus, has stooped so low as to divulge the survivor nun’s personal details and release her pictures to the media, which is a crime under Indian law. We must point out that this is an offense that can attract imprisonment in India, we cannot but deduce that this is another attempt to attack the survivor nun.

Moreover, a law maker from the state of Kerala, who calls himself ‘Christian’, went to the extent of calling the survivor nun, a prostitute, which is nothing but victim shaming through an oppressive patriarchal mindset.

Five nuns from the congregation of Missionaries of Jesus, came forward to protest against the unexplained delay on the part of the law enforcement agencies in initiating action against the accused. It is disgusting, to see their courage being labelled as a conspiracy against the church, by the accused bishop as well as their own congregation. As an Indian citizen, the survivor nun has every right under the Constitution to seek redressal under the Indian Penal Code and that right cannot be taken away from her. She should not be further harassed because she wishes to exercise her right.

In India, we have two excellent documents –  Gender Policy of the Catholic Church of India, 2010 and CBCI Guidelines to deal with Sexual Harassment at workplace, 2017. In not acting against the accused Bishop, the Church in India is in clear violation of these guidelines.

Your pontificate which has an emphasis on being non-judgemental and service to all those in need, has been a breath of fresh air and has found resonance universally, especially among young people.You’ve been an outspoken and vociferous advocate for the poor and marginalized.

In your papal letter, as recently as 20th August, 2018, you have unequivocally condemned sexual abuse by the clergy and have termed any attempt of a cover up as a clear crime.

As the successor to St.Peter and leader of the world’s Catholics, we implore you, to take immediate cognizance of the above and act immediately through the Papal Nuncio to India and the Catholic Bishops Conference of India (CBCI).

Ruben Mascarenhas and Nikita D’cruz are activists with the Zero Tolerance Campaign and Elsa Marie D’Silva is with Safecity.