Stones, sticks and shoes were pelted at the campaigners in the country's capital, Islamabad.

Women and men carry signs as they take part in an Aurat March, or Women's March in Lahore, Pakistan March 8, 2020. Photo: Reuters/Mohsin Raza

New Delhi: To mark International Women’s Day on Sunday, thousands of women took to the streets of Pakistan and marched through the capital of Islamabad and other cities, for what has come to be known as the ‘Aurat March’.

As men and women participated in the march – which was the third successive year of the march – in the country’s capital, religious hardliners pelted stones, sticks and shoes at the campaigners.

Aurat March takes public safety very seriously. We have been working to ensure all necessary steps are taken to ensure a safe march for all our participants, including communicating with authorities. We are hopeful that #AuratMarch2020 will be more accessible and safer than ever. pic.twitter.com/ngif6sMiaY

Police official Mazhar Niazi said the officers blocked the hardliners as they tried to break through a cordon to attack the marchers. Niazi also said that a criminal case would be registered against those violating the law and attempting to attack the women’s march. 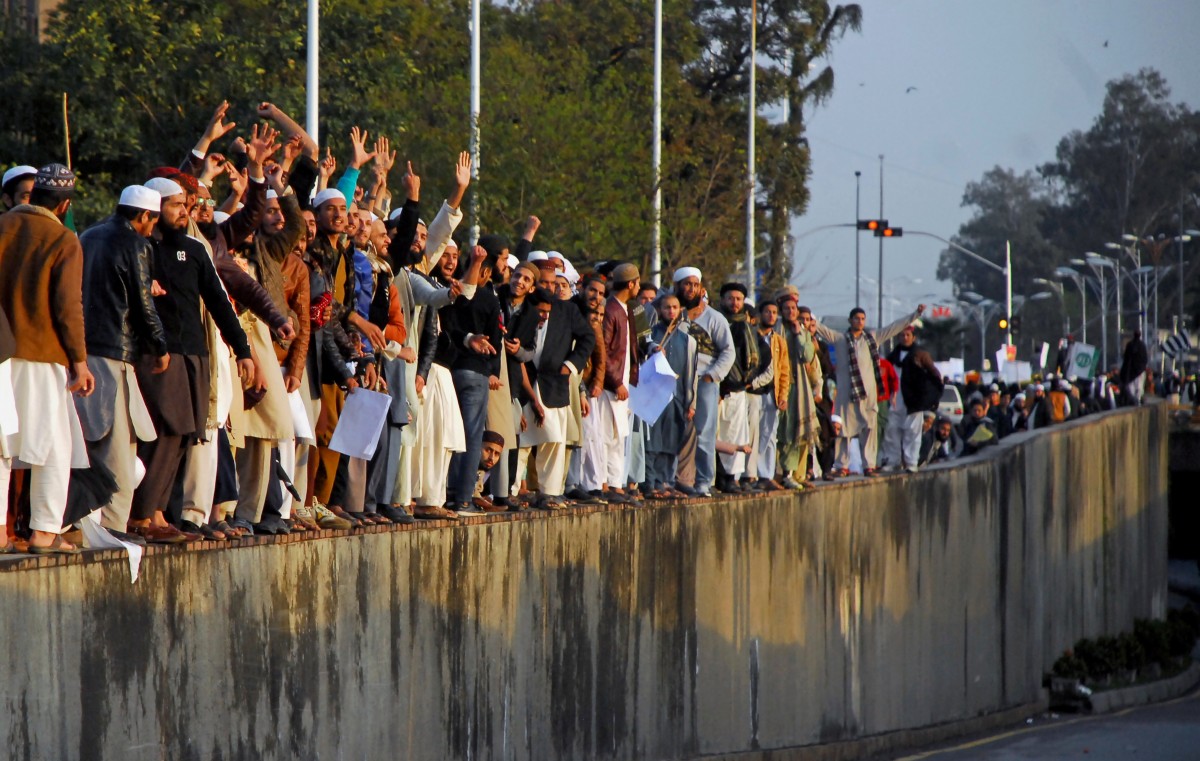 Religious fundamentalists in the country were incensed by the slogans like “My body, my choice”, “My body is not your battleground” and “Stop being menstrual phobic” used at past events.

Organisers of the march claimed that, following last year’s march, they faced a backlash, including murder and rape threats. They also said that posters and murals for the march had been vandalised. Prior to the march, a mural of artwork in Islamabad was destroyed by students from a nearby religious school within hours of it going up.

Also read: Armed With Wit and Humour, Pakistani Women Take to the Streets for ‘Aurat March’

Some of those marching in Islamabad were injured after they were hit by stones and bricks.

Scenes after the Participants of #HayaMarch started pelting stones and sticks at the participants of #AuratMarch in islamabad pic.twitter.com/J2HvSQxI7Q

One of the organisers Ammar Rashid posted a photo on Twitter of a secular woman leader Ismat Shahjahan with a head injury. Police said they were investigating the claim.

Comrade @IsmatShahjahan got hit with a brick thrown by JUI-F Mullahs today in Islamabad. Multiple other injuries also reported, trying to follow up on them right now. pic.twitter.com/dPOZsN3WCr

Marches in other cities across Pakistan, including Lahore, Karachi, Sukkur and Multan were held peacefully amid tight security with large participation from students, civil rights groups and other women’s organisations.

The marchers at some of these other events carried colourful placards and banners, chanted slogans challenging patriarchy and misogyny. 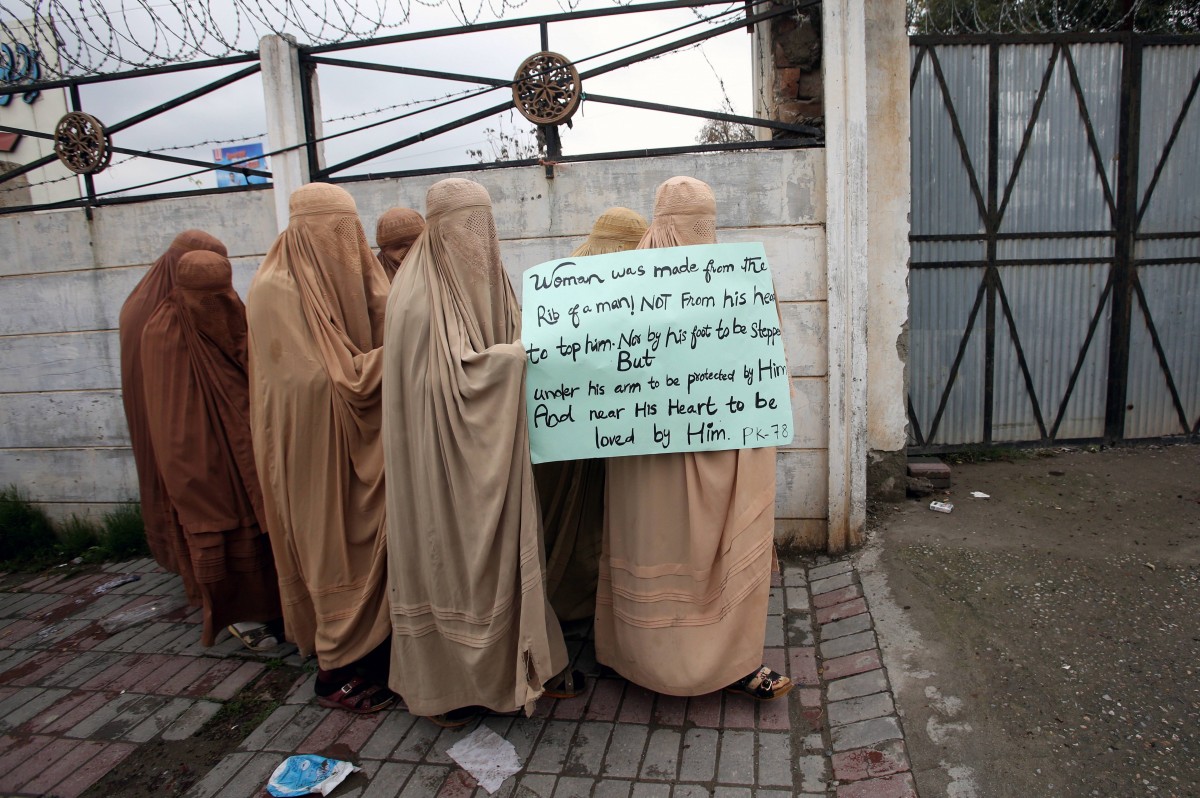 Women supporters of the political and religious party Jamiat Ulema-e-Islam-Fazal (JUI-F) clad in burkas, hold a placard as the head to attend an Aurat March, or Women’s March, in Peshawar, Pakistan March 8, 2020. Photo: Reuters/Khurram Parvez

“You know, whatever they do, they can’t scare us. Their scare tactics aren’t going to work on us,” Anam Rathore, one of the organisers of the marches, told Reuters.

On March 3, the Lahore high court had given a green signal to the march with the condition that organisers ensure that participants adhere to “decency and moral values”.

A petition in the high court had called for restrictions to be placed on the organisers and participants of the march and had alleged that the agenda of the march was to “spread anarchy, vulgarity, blasphemy and hatred” against Islam.

However, the court gave its permission for the march after Advocate Saqib Jillani, who was defending the march, held that the guidelines which included refraining “from using any language or images on posters and placards that is discriminatory towards any religion, ethnicity, nationality, gender or sexual identity” be considered as an undertaking for the march.

Lawyer Azhar Siddique, one of the petitioners whose case was dismissed by the Lahore high court, held that the entire movement was part of a Western agenda to ruin the culture of Pakistan. “I have worked for women’s rights more than these people. And where in Pakistan other than a few places has there been discrimination against women?” he said, speaking to Al Jazeera.