At Prominent Ahmedabad Institute, a MeToo Accusation Against Artist, Filmmaker 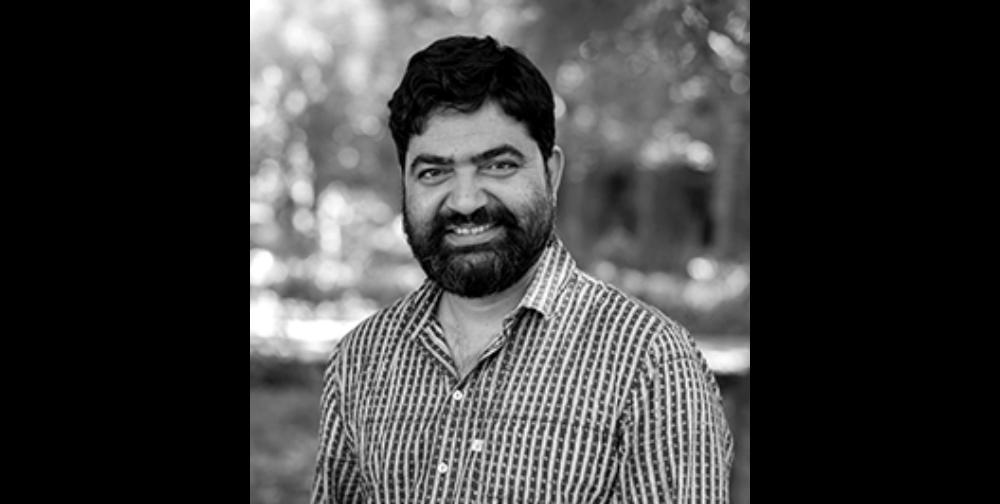 Jaipur: With the #MeToo movement gaining momentum in India, last week Ahmedabad-based independent journalist Surabhi Vaya came forward to say that she had been sexually harassed by a prominent artist and filmmaker two years ago.

On October 8, Vaya said on Facebook that Pravin Mishra, associate professor at the non-profit institution MICA, had assaulted her.

“Two years ago, Pravin Mishra assaulted me in his home. I have spent every day since wondering if I should speak up, if I should’ve filed a complaint, if there are others, and if my speaking could’ve prevented them from suffering pain and trauma at the hands of this predator.”

In her post, she mentioned that this issue was also taken up in a meeting at Mishra’s father-in-law’s office, where she worked as a part-time employee then.

“I say this also because in the months that followed, I was offered the “dignity” of a “mediation” where I sat across a table from him and his father-in-law, who was also my boss at a part-time job, to “talk it out”. This opportunity was afforded to me because then there would be no need for a police complaint and because it was the best I could hope for: a measly, coerced, half-hearted, apology from a predator embarrassed out of his wits. Anyone in that room with me could’ve seen that I had gone from being a long-time friend, employee and confidante to PR trouble and logistical anomaly that needed calming and put away. The hysterical woman is a scary thing to let lose.”

Speaking to The Wire, Vaya said, “I have written to MICA in case they need evidence, which I have saved, of what happened and I am willing to depose in the enquiry as well. I have deliberately chosen not to disclose the details of what he did to me so that Pravin Mishra is offered a fair trial. If MICA chooses to take no action, I will explore other options.”

Responding to The Wire in an email, Vaneet Chhibber, professor and associate director of marketing and external relations at MICA, said, “Although the said Facebook post is by a woman who is not a MICAn, and alleges an incident outside of MICA campus, a Committee comprising of three faculty members has been suo motu and proactively constituted to review any instances of sexual misconduct. In addition to the existing GEASH Committee already in place at MICA, the goal is to reinforce a safe and enabling environment at MICA for all.”

He negated the news reports that suggested Mishra’s suspension pending inquiry. “He has not been suspended. He is coincidentally on study leave since September 17 and has no academic or administrative responsibilities currently at MICA.”

Also read: Woman at BJP MP’s Office Filed Harassment Complaint. She is Now Out of a Job.

Chhibber has stated that they haven’t received any petition so far asking that Mishra be terminated from his position and no complaints have been received about his conduct at MICA.

Responding to Vaya’s allegations, Mishra told The Wire: “I welcome the #MeToo movement as it challenges the conventional archetypes of the patriarchy. But blindly calling all accuser as victim or survivor and public shaming of all accused without knowing the fact of the matter is not good for the movement. As far as my case is concerned, all I would say is, lies have speed but truth has stamina.”

When asked how he plans to address the allegations, he said, “What do I respond to if I don’t even know the nature of the charges against me. All I know is that there has been absolutely nothing between us that can be even remotely be termed as an “assault”.”

“I am a law-abiding citizen and I have maintained high standards on moral and otherwise. I’ve also lived a very transparent life. I can assure you, there won’t be any difference between my formal and informal response. My reputation is at stake. I have no choice but to come out clean by taking measures available to me under the law of the land.”

Vaya has expressed her outrage over those who have supported Mishra, “To all those people and the many others who knew and still praised his poster to protest the Kathua rape, who held up his work as an exemplar of what a human rights crusader can do, shame on you. I see the ideas you claim to espouse, your outrage at “injustice” but you failed as allies, bystanders and as friends.”

Also read: Cheat Sheet to the Handbook of Sexual Harassment of Women at the Workplace

Extending support to Vaya, Surabhi Kanga from The Caravan wrote on Facebook, “Since she spoke out—and since the incident—she has received little support from most civil-society organisations or even civil society in the city. This man, who participated in the mediation, has publicly denied her allegation. His social circle continues to support him or oppose the movement. A formal complaint has been registered at his place of work but no action has been taken yet.”

On October 13, a petition to support the survivors of sexual harassment in Ahmedabad was initiated by some academics and civil society members, and at the time of writing had 397 signatories.

“We are shocked and appalled to learn that the quietness of civil society is being misrepresented as support for the accused particularly in the case of sexual harassment charges on Pravin Mishra associated with MICA brought to attention by the journalist Surabhi Vaya in her recent Facebook post. We strongly and unequivocally condemn such attempts to malign survivors, and reiterate our support to the survivors that we fully stand behind them. Any effort to blame and stigmatise the survivors must stop.”

“We wanted to support Surabhi and that’s how the idea came about. The other issue on the agenda is that any organisation above ten members should have an Internal Complaints Committee,” Anukriti, doctoral student associated with the petition, told The Wire.

“Organisations, including civil society groups, must comply with the Sexual Harassment of Women at Workplace Act (2013) by forming Internal Complaints Committee (ICC), if they have not done so already. Not complying with this law suggests that they do not stand with the survivors which is a gross violation of the Constitutional spirit of gender equality for which civil society exists,” reads the petition.

Mishra said he has been informed about an inquiry into the allegations but does not know the charges against him. “The only communication from my employer’s side so far has been from the President of the organization. On October 9 at 3pm, I had a one-on-one meeting with him where he stated that the existing GEASH (Gender Equality and Anti Sexual Harassment) committee and a new committee consisting three senior woman professors will inquire into the matter. I am patiently waiting to know the charges against me.”