The petition may or may not change the state of human rights in Chhattisgarh but it will certainly crank open the gates for more women to seek relief for crimes committed against them. 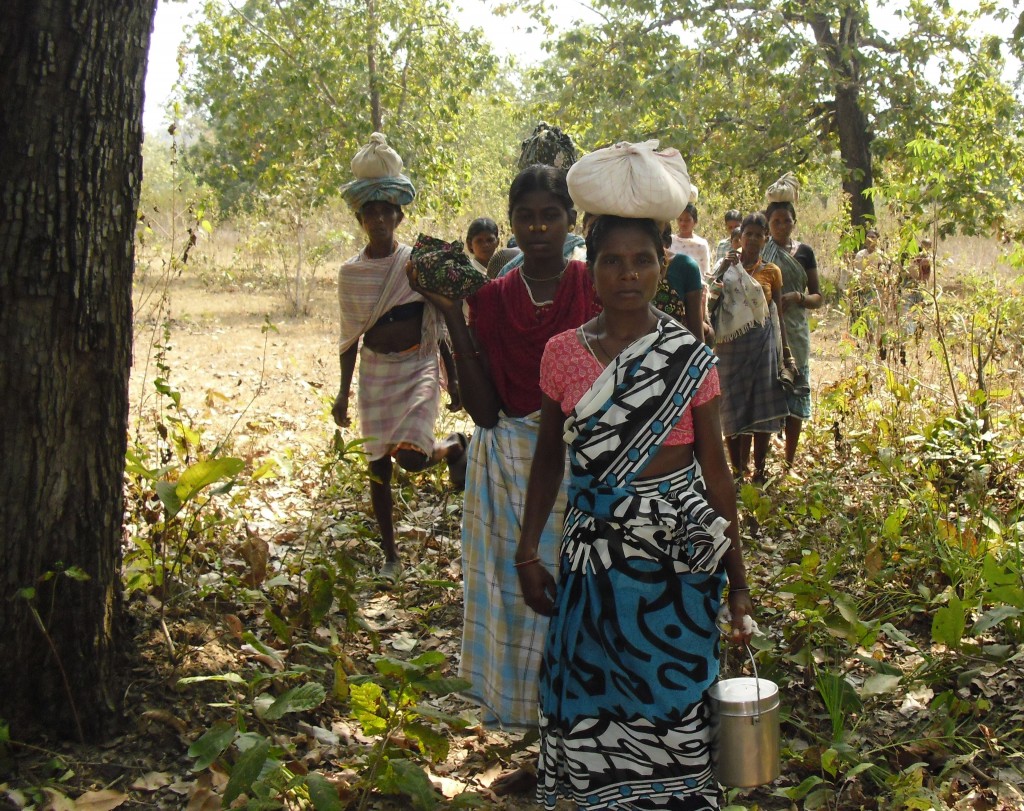 If there is any light towards the end of the tunnel that leads to Bastar, it emanates from the Chhattisgarh high court’s actions on February 8. Justice Goutam Bhaduri has admitted a criminal writ petition and application seeking interim relief for 28 tribal women who were allegedly gangraped, assaulted and looted by police constables and security forces in the villages of Chinnagelur and Peddagelur in Bijapur district.

In its interim report on January 7, the NHRC said that in its suo moto proceedings – on a media report on the sexual harassment and assault of over 40 women and the gangrape of at least two in the Bijapur district – it held the state government liable for not upholding the human rights of tribal women. The organisation also issued show cause on the interim monetary relief promised to the women. “The Commission has observed that it is of the view that, prima facie, human rights of the victims have been grossly violated by the security personnel of the Government of Chhattisgarh for which the State Government is vicariously liable,” reads the report.

During the course of its investigation till then, the NHRC team interviewed 14 women of the 34 mentioned in three FIRs. Two of these FIRs were registered on November 5, 2015 and January 27, 2016 at the Basaguda police station in Bijapur district and Kukanar police station in Sukma district respectively, while a third one on January 21, 2016, mentioning sexual violence against tribal women by security personnel at Nendra village in Bijapur district between January 11-14, 2016.

The first of the three FIRs was registered by human rights activist Bela Bhatia and the same forms the basis of the present petition in the high court. While the battle for justice is far from over for these 28 women, and many others whose cases remain unreported in the conflict zone of Chhattisgarh, the court’s admission of the case holds significant relevance for the state nonetheless.

This is an area where the security forces are known for their strenuous attempts to prevent women – along with several activists, lawyers, journalists and academicians – from speaking out about such crimes. “It is promising certainly that the case has been admitted. One can only hope that it will be on fast track. It has been delayed for many reasons,” says Bhatia. “And if we achieve justice in this, it will be a great example set for the entire country,” she says.

A ‘test’ to determine if a woman is a Naxalite

One glance through the testimonies of these 28 women, who are the petitioners in the case, shows that this is merely a sample of the assault faced by tribal women. The petition claims that the security forces have evolved a new method to test whether a woman is a Naxalite or not. “The security forces have been informed by the district reserve guard police who were mainly hand-picked tribals from the area and surrendered naxalites that normally a naxalite lady remains unmarried and does not procreate,” mentions the petition.

To ensure this, some personnel from the forces, specifically CoBRA, CRPF, the District Reserve Guard and local police in the villages, force the woman to squeeze her breast and take milk out. This test to check if the woman is lactating or not, determines for the personnel whether the woman is a Naxalite or married (and hence, not Naxalite). The assault, however, does not stop here.

Sunila*, one of the petitioners in the case, saw some local police personnel mishandling the clothes of a neighbour who was taking a bath in a nearby courtyard. When they spotted Sunila, they approached her too and said they suspected her of being a Naxalite, saying she did not look married. On Sunila’s clarification that she is the mother of a child, the personnel asked her to prove the same by showing them if she is lactating or not. She, then, “squeezed her breast and took out milk. Thereafter, the security forces believed her to be a married woman and assaulted her and looted chickens from her house,” mentions the petition.

Pushpa* – who was two months pregnant when she suffered extreme physical assault while being gangraped by security force members – gave birth to a daughter who was born with a blocked anus and urinates and defecates from her vagina. “There may be a possibility that the present condition of the child is due to forceful gang rape of her mother,” the petition states. A 13-year-old minor girl, who is being represented by her aunt, had her breast grabbed with immense force that left her with excruciating pain for some time. Whether minor, adult or pregnant, stories of rape, gangrape, sexual and physical assault and loot are common in these women’s testimonies.

Kishore Narayan, the advocate for the petitioner, confirms the criminal writ petition and its admission.

Implications of the petition

This is not the first time that such a petition has come up for the high court’s consideration. In 2016, Sarva Adivasi Samaj, a tribal society, approached the high court with a PIL on the same issue, based on its fact finding report. This fact finding report recorded the testimonies of 32 women from Peddagelur village regarding incidents of sexual violence committed by security forces’ personnel. However, the high court, in its order on November 11, 2016, urged that the petition be filed on behalf of the victims. “We are prima facie of the view that this petition on behalf of the society may not be maintainable and if the petitioner wants to continue with the petition, aggrieved person i.e. victims of alleged sexual violence must file the petition,” reads the order.

Meanwhile, the NHRC on January 30 held a meeting and pulled up the state government over the sad state of affairs in Chhattisgarh over the past one year or more. In its response to this, the government prepared a six point action plan for ensuring the protection of human rights in the conflict zone of Bastar, which includes sensitising the police force posted in Bastar division on issues of human rights. “As an urgent measure, the State Government has given standing instructions to the Special DGP/Additional DGP (Naxal Operations) to immediately recommend action to the Additional DGP (CID) in a case of gross violation of human rights wherein the action is found to be slow, lacking or inadequate at lower levels,” reads a press note released by the NHRC after the meeting.

Whether these 28 litigants and six-point action plan is enough to bring about a wave of change in the state and protect the fundamental rights of the people is yet to be seen. But that this will crank open the gates for more women to come out and seek relief is optimum optimism.