Who Did Not Want Vikas Dubey to Survive Another Day?

In an interview to The Wire, N.C. Asthana, a former director general of police, Kerala, explains why the UP police story behind the encounter of the gangster is not just completely false but shows their lack of intelligence 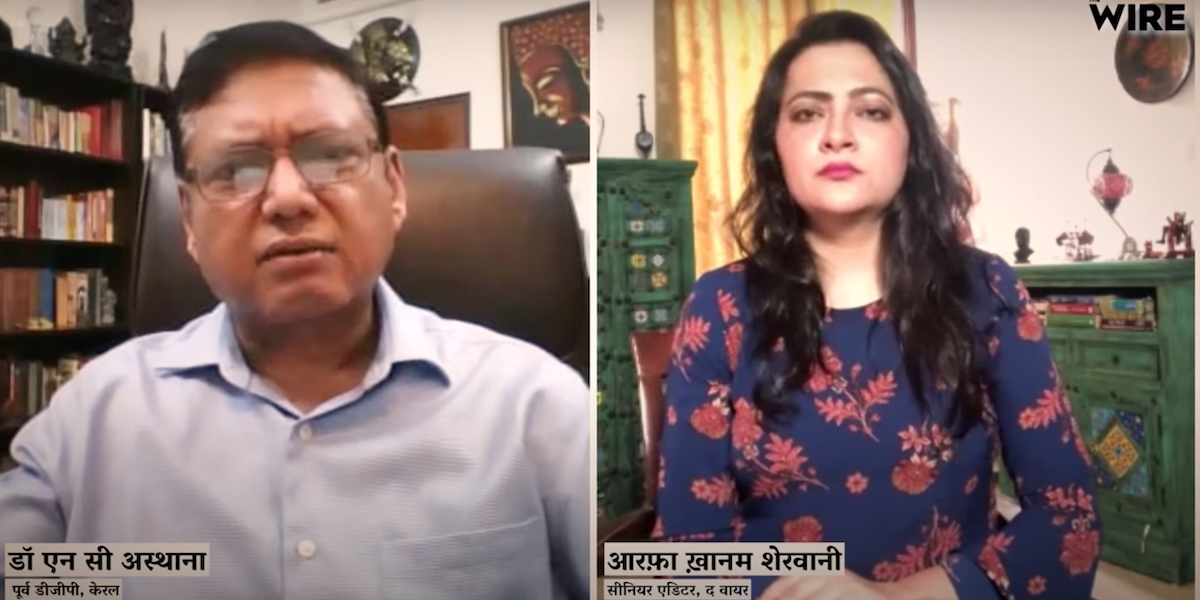 New Delhi: The Uttar Pradesh police on Friday announced around 7 am that the notorious criminal Vikas Dubey had been killed in an encounter while being brought from Madhya Pradesh.

The official story is that the Special Task Force (UP-STF) team of the Uttar Pradesh police was bringing Dubey, the main accused in the murder of eight policemen, to Kanpur by road after his arrest on July 9 at the Mahakal temple in Ujjain in Madhya Pradesh, when the the vehicle he was in “overturned”.

The police say that Dubey took advantage of the accident and tried to escape by snatching the revolver of one of the policemen guarding him. The police then followed him and in the ensuing exchange of gunfire, the gangster was shot. He was later pronounced dead on arrival at a Kanpur hospital

Apart from the large number of holes in the police version – journalists following the police convoy were stopped on the road just before the encounter, for example – Dubey’s killing has brought to the fore the political calculations those in power seem to have made. A decision had obviously been taken that no purpose would be served by the incarceration and trial of the gangster.

In this episode of Arfa ka India, The Wire’s senior editor, Arfa Khanum Sherwani, spoke to former Kerala director general of police, N.C. Asthana, about the encounter and its implications.

With clinical and legal precision, Asthana demonstrates why the UP police account of the circumstances under which Dubey was killed is a blatant lie.