In an interview with Karan Thapar, microbiologist Ravindra Gupta says the variant has more mutations in its genome than any other variants that have come before. 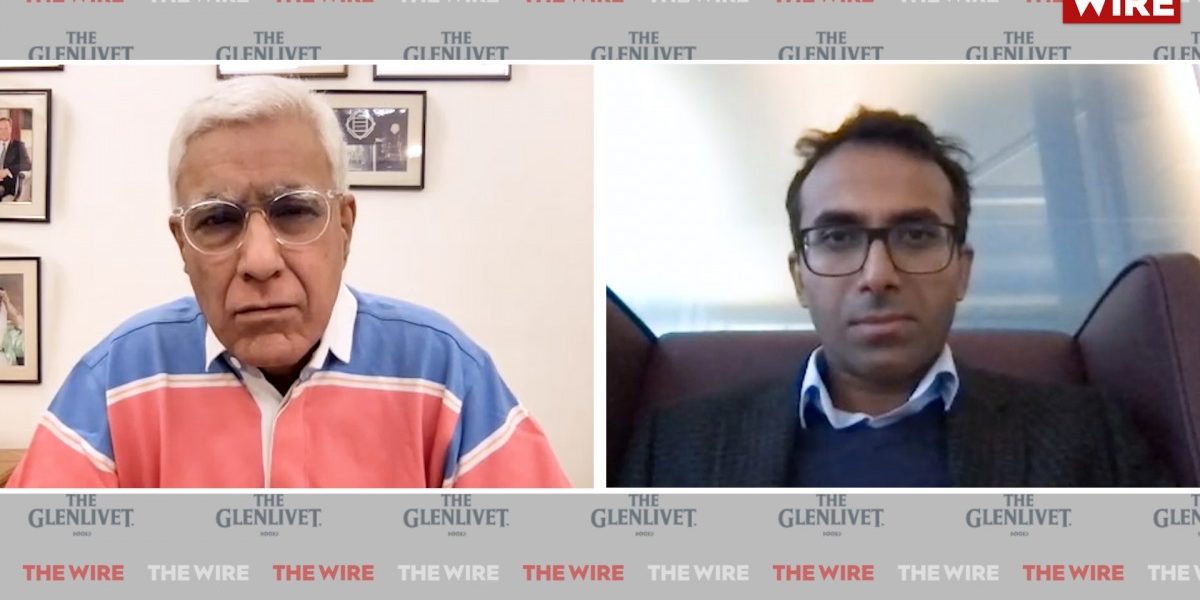 In a short interview with Karan Thapar for The Wire, noted microbiologist Ravindra Gupta, whose laboratory at the University of Cambridge is at the forefront of the UK’s study of COVID-19, says a new variant of the novel coronavirus reported from South Africa – designated B.1.1.529 – is of “significant concern to the scientific community”.

Gupta, a professor of clinical microbiology at the Cambridge Institute for Therapeutic Immunology and Infectious Diseases, said this is because the variant has more mutations in its genome than any other variants that have come before. We don’t know the precise number or combination of mutations that confer the virus with higher or lower virulence and transmissibility. But Gupta said just the fact that it has accrued so many mutations warrants investigation.

B.1.1.529 has 50 mutations in all. Thirty of them are related to the virus’s spike protein, which is what the viral particles use to enter the human body’s cells – and the area that most COVID-19 vaccines currently approved for use target. This particular fact could render B.1.1.529 more resistant to the vaccines, relative to the existing variants of concern (including delta).

The new variant also has 10 mutations in the part of the genome pertaining to the receptor-binding domain, compared to just two in the delta variant. However, Gupta wasn’t as worried by this fact because these mutations may not significantly influence the virus’s transmissibility, based on previous studies of the novel coronavirus’s variants of concern.

Despite these changes, however, the virus’s presence still remains detectable by the RT-PCR test. The test currently looks for certain parts of the virus’s genome in samples. If the genome accrues too many mutations, the RT-PCR test may be rendered useless. Gupta also said that we must nonetheless follow up by sequencing the viral genomes in more samples.