The Wire speaks to Razia, Kehkashaan, Ambreen and Joon, who are running the school every day from 11 am to 4 pm. 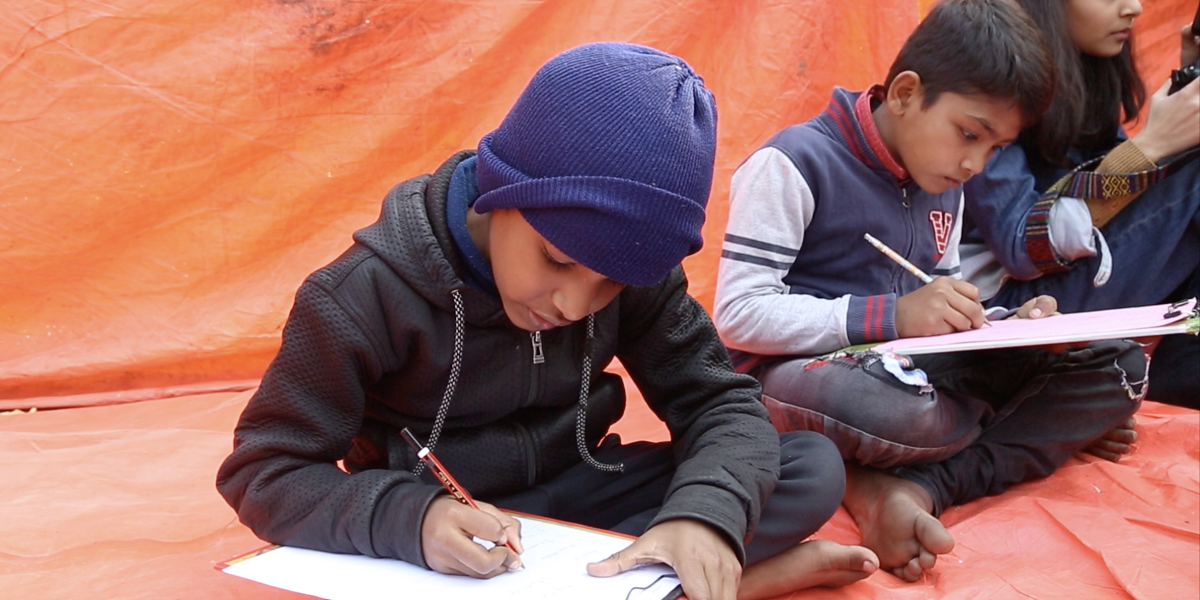 Four residents of Shaheen Bagh have set up a makeshift school at the protest site there since February 5. Razia, Kehkashaan, Ambreen and Joon are housewives who run the school every day from 11 am to 4 pm. “We do this for the mothers who come here to protest. Their children can learn a thing or two while mothers protest”, said Ambreen. “Hum bachon ka dhyaan batana chahtey hain (We want to distract students from the protest)”, said Razia.

Last week, the Supreme Court issued a notice to the Central and the Delhi governments on a suo moto case on the death of an infant after he was taken to the protest site. This came after a young national bravery award winner Zen Gunratan Sadavarte had written a letter to the Supreme Court asking for children to be barred from protests and demonstrations.

Responding to this, Ambreen said that the presence of children at the protest site is being understood negatively. So in an attempt to overturn this understanding we started engaging children here.

Some students go to their government or private schools in the morning. Once they’re back, they come to the school at Shaheen Bagh. “We help them out with their homework also sometimes”, said Razia.

On the first day, around 38 children attended the school. The number reached 75 by day 4. All the books, pencils and colours have been donated by people.

After the first couple of days, children from a neighbouring slum at Shaheen Bagh started walking into the school too. “The children of slum dwellers are more in number”, said Razia.