In an interview with Karan Thapar, the journalist strongly praised Lt Gen Anil Chauhan’s knowledge of the Chinese border, particularly in the east. 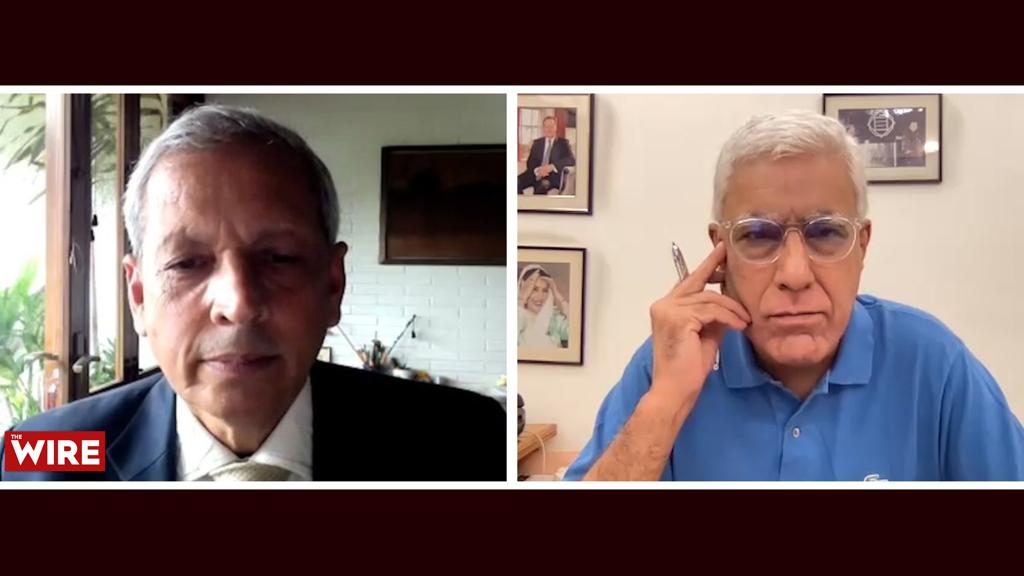 In an interview to discuss and assess the appointment of Lieutenant General Anil Chauhan as the new Chief of Defence Staff (CDS), journalist Ajai Shukla said that the government should have appointed an officer from the Navy or Air Force rather than a second consecutive Army officer to the post.

Ajai Shukla, a retired Army Colonel and the strategic affairs editor of the Business Standard, said: “I would say ideally one should choose the best man rather than the senior most … but given the many dimensions of the CDS post … there are other aspects must be taken into account… Therefore, it was the time to appoint a Navy or Air Force officer as the CDS.” Shukla said it was “an error” not to appoint the new CDS from these two forces but added it’s not a “major error”.

In a 15-minute interview with Karan Thapar for The Wire, Shukla was asked about the difficulties that may arise from a retired three-star officer being senior to the four-star officers who helm the three services. When Chauhan retired 16 months ago in May 2021, he was a Lt General in command of the Eastern Command and is, therefore, junior in terms of rank to the present three serving chiefs. Shukla said this would not create a problem even though now as CDS, Lt Gen Chauhan will be the permanent chairman of the Chiefs of Staff Committee and, therefore, senior to the three chiefs.

The journalist also commented on two other aspects of Lt Gen Chauhan’s past. First, the fact that he was the military advisor to the National Security Council headed by Ajit Doval before his appointment as CDS and continued in that post for nine months whilst the post of CDS remained vacant. Shukla said: “I certainly think it sends out a very worrying message that being an advisor to Doval is more important than that of CDS.”

Shukla also commented on statements made by Lt Gen Chauhan who, as Army Commander Eastern Command, applauded the government for taking “hard decisions” such as the Citizenship Amendment Act and the dilution of Article 370. He said: “There is no question those statements should never have been made”. He said they show “a lack of judgement”.

However, Shukla strongly praised Lt Gen Chauhan’s knowledge of the Chinese border, particularly in the east. He made a point of speaking about “how deep his knowledge is of the border”. He added: “I have never had a discussion as enlightening and as deep on the issue of border policy as I had with Lt Gen Chauhan.”

Finally, when asked whether the appointment of Lt Gen Chauhan as CDS was a good one or whether there are a few questions that need to be answered before he can give his response, Shukla, who had begun the interview by saying this was the time to appoint a Naval or Air Force officer as CDS, now said: “It’s possibly one of the better choices that could have been made.”

In the interview, Shukla also discusses if Lt General Chauhan can further jointness between the three services, which is his main responsibility as CDS. Please see the full interview for complete details