Watch | 'Sanctions Are Economic Weapons of Mass Destruction, We Must Consider Their Consequences'

In an interview with Karan Thapar, former RBI governor Raghuram Rajan spoke both about the impact of sanctions on the Russian economy, the global economy and the global financial system. 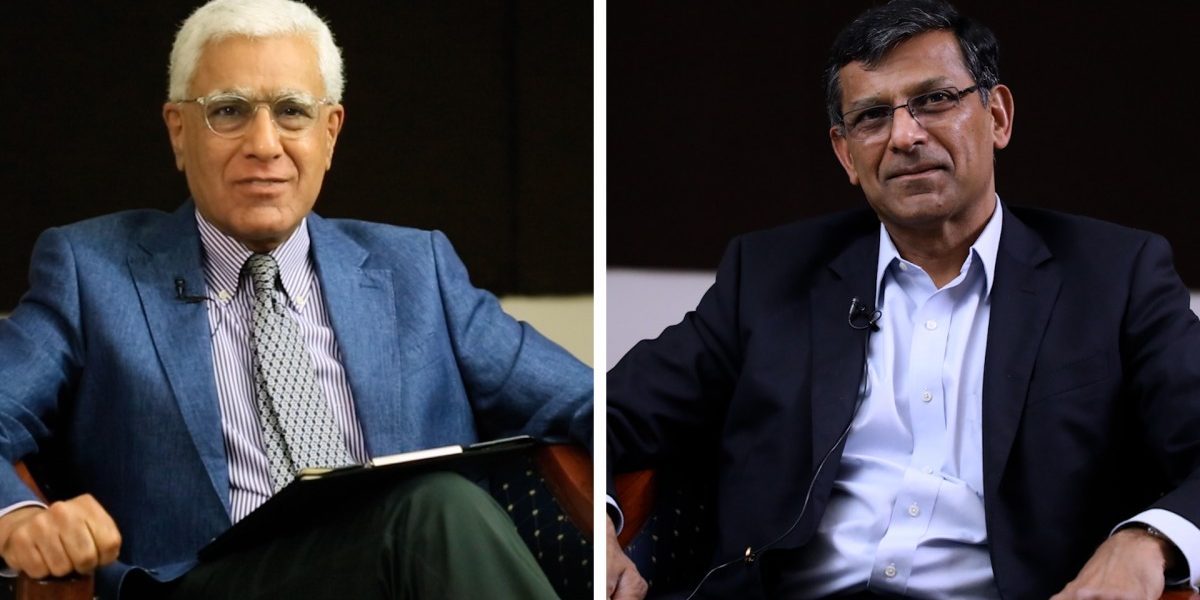 Former RBI governor Raghuram Rajan has expressed his concerns about economic sanctions, describing them as “economic weapons of mass destruction”, saying the world needs to carefully consider their consequences and implications, both for individual economies and people but also for the global economy and the global financial system.

Rajan, who is now professor of finance at Chicago University, said: “When fully unleashed, sanctions, too, are weapons of mass destruction [WMD]. They may not topple buildings or collapse bridges, but they destroy firms, financial institutions, livelihoods, and even lives. Like military WMDs, they inflict pain indiscriminately, striking both the culpable and the innocent”.

In a 35-minute interview with Karan Thapar for The Wire, Rajan spoke both about the impact of the sanctions on the Russian economy but, perhaps more importantly, on the global economy and the global financial system. He spoke about the “unintended consequences” that overuse of sanctions can lead to, including that they can “perhaps fuel fascism”. He also believes sanctions could shrink Russia’s economy by 10%.

“For starters, the seemingly bloodless nature of economic weapons, and the lack of norms governing them, could result in their overuse … (this) could reverse the process of globalisation that has allowed the modern world to prosper,” Rajan said. He said this means that economic interaction between countries will shrink and a policy that is, effectively, “beggar my neighbour could also end up beggaring me”.

Another worrying consequence is that “countries might start exploring collective alternatives to the SWIFT financial messaging network, potentially leading to fragmentation of the global payment system”. Rajan points out that already China is trying to build up CIPS as an alternative to SWIFT and this could now be not just expedited but many other countries might choose to prefer CIPS to SWIFT. This would fragment and divide the world’s global payments system. He also says that, whilst at the moment, excluding countries like Russia from SWIFT looks like a sign of strength it could actually lead over time to the diminution of SWIFT or its sizing down.

Speaking about sanctions on Russia’s central bank, which affects the country’s reserves, Rajan said that whilst countries may not be able to diversify their holding into other currencies – because many, like the Pound, Euro, Yen, may also be subject to similar sanctions – they could consider adopting a strategy of deliberately inviting western institutions and banks to their country and then seek to hold them hostage in case their own reserves are sanctioned. This would be a policy of mutual hostage-taking and would fracture the trust on which the global financial system works. Suspicion would replace trust.

“A country might invite foreign banks into its market with the ulterior motive of someday holding their assets and capital hostage,” he said.

Rajan expressed concern about the fact many corporations are under pressure to opt out of Russia. He said that there are two possible unfortunate consequences that can arise from this. First, this “can lead to sanctions being broadened beyond what policymakers intended”. The second is in a sense even worse, “It’s not impossible to imagine a country being subjected to economic warfare because of its government’s position on, say, abortion or climate change.”

In the second half of the interview, Rajan discusses measures that could, in the future, determine how economic sanctions are deployed. First, “because economic weapons are too powerful to leave in the hands of any one country, their use should be subject to a minimal consensus requirement”. Rajan said this minimal consensus requirement needs to be debated and thought about. He doesn’t have a precise answer to what it should be but he wants the process of thinking about it to start now.

Finally, Rajan said, “Advanced economies should … no longer turn a blind eye to the proceeds of tax evasion, corruption, and theft from elsewhere that are parked in their jurisdictions”.

These are some highlights of the issues discussed in Raghuram Rajan’s interview with Karan Thapar. There are many more issues about the consequences and implications of sanctions for the global economy and for the global financial system discussed in the interview. For a complete understanding, please watch the video.