Karan Thapar interviews Ashish Jha, professor of Global Health and director at the Harvard Global Health Institute, who also said, "there is no question of community transmission is happening in India". 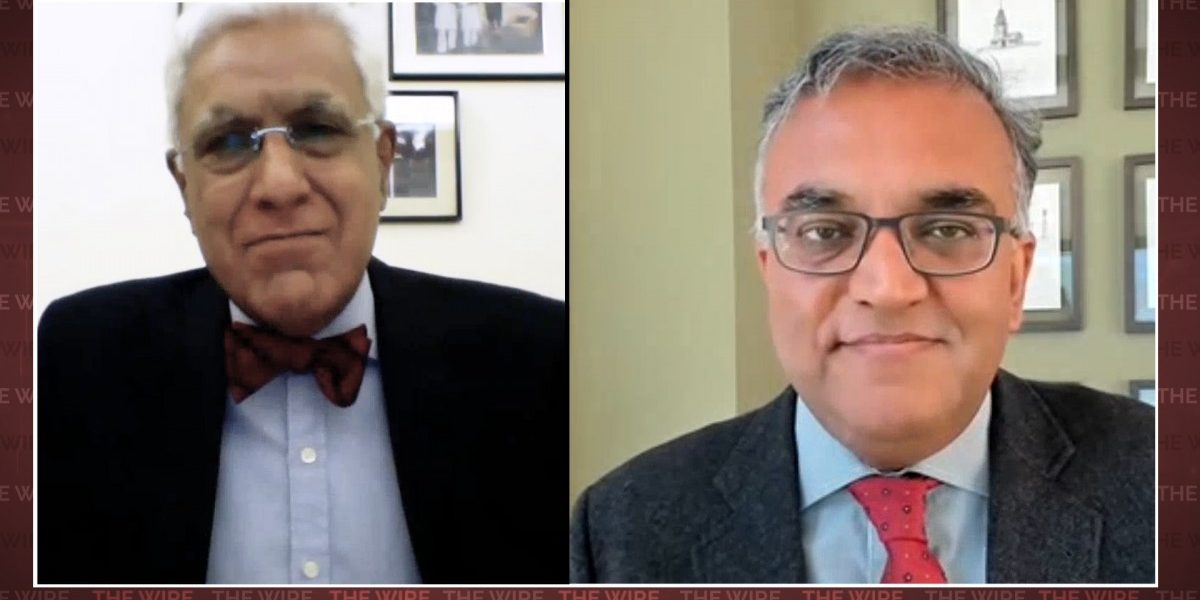 One of the world’s most highly regarded public health experts has said India probably already has reached 40,000-50,000 new infections a day. This includes the officially recorded daily figure of approximately 13,000 cases a day. On top of that, the country will have up to 37,000 undetected infections each day. Professor Jha says that he believes by August, the figure could jump to 100,000 infections or even 200,000 infections each day. He added: “I’m worried about where India is right now. The trajectory is worrying.”

Speaking about the tens of millions of migrant workers who have gone back to their villages in rural Bihar, UP, Orissa, West Bengal, Chhattisgarh, Jharkhand, Jha told The Wire that as a result, the focal point of the pandemic will shift from urban centres like Delhi, Mumbai, Ahmedabad to second- and third-tier cities and even district towns.

In the interview to The Wire, Jha was asked about the emphasis the Indian government puts on India’s mortality rate and recovery rate as indications that India is handling COVID-19 effectively. He said: “calculating crude mortality is not a useful exercise. It doesn’t tell you anything.” He added that India was not the only country that was “obsessed with mortality rates”. However, he said this “is puzzling, it is not meaningful”.

Speaking about the emphasis India puts on the recovery rate, Jha said: “this is another statistic that is not useful”. He said ultimately, once the full number of infections is established and known, the recovery rate of every country will be close to 99%.

Questioned about health minister Harsh Vardhan’s claim to the Economic Times on the May 23 that in India the virus is “not that virulent”, Jha emphatically said there was absolutely no scientific evidence to support this. He said there was only one strain of the virus, although there were many mutations. He added that mutation is a normal feature of a virus but, again, there is no data to suggest that the mutations have made the virus less deadly.

Questioned about whether there were special features that might enhance India’s immunity to the virus such as the BCG vaccine, Jha said that so far there is no evidence this vaccine is protective. He said it’s possible it could be but there is no scientific data to prove it.

Jha said that the way forward for India is to rely upon and fully implement the four basic principles of virus control: social distancing, universal mask wearing, aggressive testing and accepting that outdoors is better than indoors. He said the Indian decision to lockdown was a good one. It was the right policy decision and he applauded the Indian government. Now the government needs to ramp up RT-PCR testing, both in the urban containment zones as well as in the rural districts where tens of millions of returning migrants are likely to have taken the disease.

Jha told The Wire he was very worried about the number of doctors and nurses falling sick in India. He was also deeply concerned whether the Indian healthcare system can handle up to 200,000 infections a day, which is the upper limit of what he expects to be the situation by August. However, he said the government’s decision to train doctors to become intensivists after 30-40 hours training and to introduce telemedicine platforms to help ICUs in small cities and districts was a good idea.

Jha said he was “very optimistic” that we will have a vaccine by next year, probably around March.

The above is a paraphrased precis of Ashish Jha’s interview to Karan Thapar for The Wire. Please see the full interview for accurate details.