In a 25-minute interview with Karan Thapar for The Wire, Anil Swarup identified four main reasons why Coal India's output has stagnated for the last three-four years. 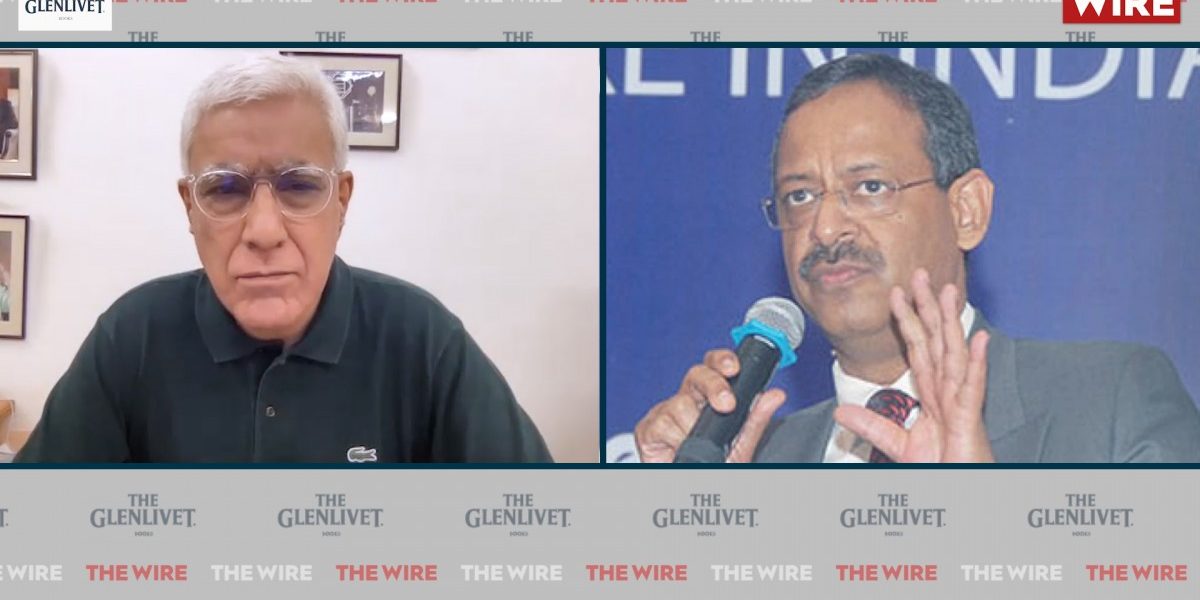 One of India’s more illustrious former coal secretaries has identified several decisions by the Modi government since 2016 which, he says, are responsible for the shortage of coal facing India today. Anil Swarup accepts this is “mishandling by hindsight”. He says as coal secretary in 2016, he frequently warned the government that there could be a shortage of coal stocks in four-five years’ time but, because at that time there were ample stocks and no shortage in sight, the government refused to heed his advice.

Instead, its response was, as he put it, “Why is the coal secretary shouting?” Swarup said the government is guilty of “indifference” to the problems that were clearly looming and identified by him. However, he shied away from describing the government’s indifference as irresponsibility. As he put it: “I was thinking five years ahead.” He said the government didn’t want to think that far and didn’t understand the situation he was worried about could develop. Today, what he predicted has happened.

In a 25-minute interview with Karan Thapar for The Wire, Anil Swarup identified four main reasons why Coal India’s output, which is responsible for 80% of the country’s thermal plant coal requirements, has stagnated for the last three-four years.

First, the term of Sutirtha Bhattacharya, an “outstanding CMD” of Coal India, lapsed in 2017. It was neither extended, as it should have been, and for over a year, no replacement was appointed. As a result, the momentum and tempo built-up during his time was lost. Swarup says even today, there are many Coal India subsidiaries that do not have chairpersons.

Second, in 2016, Coal India had 35,000 crore reserves which should have been used to open new mines or expand existing ones. This would have ensured growth in Coal India output. However, the vast majority of this money was sucked out by the government as dividends to help balance the budget. As a result, the Coal India expansion did not happen.

Third, Swarup said hundreds of local mine managers were deputed to supervise digging toilets (he called them “shitholes”) under Swachh Bharat. As a result, their time and attention was diverted and deflected from Coal India to other matters. Swarup called this “ridiculous”.

As a result, Coal India’s output has stagnated for the last three-four years and the company has lost the momentum it built-up whilst failing to make good use of its sizeable reserves.

Turning to the private sector coal production, which accounts for 20% of India’s output, Swarup identified four reasons why this has been adversely affected since 2014-16. First, as a result of the Comptroller and Auditor General (CAG) report of 2014, allocations of over 200 blocks were cancelled, affecting up to 90 million tonnes (MT) of production.

Second, when subsequent coal auctions were held, several companies overbid and many of them, thereafter, backed out and thus were unable to start production. Third, the Coal Project Monitoring Group, set up in 2015 to help obtain clearances for both Coal India and private mines, became dysfunctional after 2016. Fourth, the Union government’s relationship with the states, particularly those where mines are located and from where clearances are necessary, deteriorated. Instead of cooperating, they seemed to be at war and this, again, adversely affected private coal production.

Swarup made clear that the government was made aware from 2016 onwards about the problems that have emerged today. He said there were several warnings. He also pointed out that as coal secretary, he himself raised these concerns. However, the government was indifferent to them. Many would say “why is the coal secretary shouting?” The government felt that the situation in 2016 was comfortable and there were ample coal stocks and Swarup’s warnings that problems were looming four or five years down the road were exaggerated. His warnings, as a result, were not heeded.

Speaking about the situation facing the country today, Swarup was reluctant to call it “a crisis” but readily said, “There’s admittedly a shortage of coal”. That, he added, is beyond doubt.

In The Wire interview, Swarup identified both short term measures as well as medium and long term measures the government must take.

The short term measures include lifting coal wherever it’s available and coordinating this with the railways. He said this includes private mines, which often have available coal. He said the government should permit them to send their available coal to where it’s needed but not on the basis of a sale. Instead, they should be replenished by Coal India. That would ensure their present contractual terms are not invalidated.

The second short term step Swarup identified is the need to “ascertain” why Gencos, who are required to stock coal for up to 20 days, have failed to do so.

Talking of medium and long term measures, Swarup said the government must tackle the human resource problem. He pointed out that Bharat Coking Coal Limited does not have a CMD. He also said responsibility must be fixed for not appointing people.

Another medium and long term measure identified by Swarup is that Coal India money, which he estimates at about Rs 10,000 crore, must be used to open new mines and expand existing ones. It must not be paid to the government as dividend.

Fourth, the government must start liaising with state governments and not fight with them. This measure, along with that of helping Coal India, will create the environment necessary to boost production.

When asked how likely it was the government would undertake the medium and long term measures he believes are necessary, because they require a reversal of what has been the government’s policy and practice since 2016 and that, in turn, requires the government to accept it acted wrongly and to change its mindset, Swarup pointed out that he was, in fact, advocating a return to the government’s behaviour between 2014 and 2016 and, therefore, he was asking the government to go back to the policies of the first two years rather than the last five. On these grounds, Swarup felt, accepting his advice should not be such a problem for the government.

The above is a paraphrased precis of Anil Swarup’s interview with Karan Thapar for The Wire. Although recounted from memory it is not inaccurate. However, please see the full interview for a better appreciation of Swarup’s viewpoint.