In an interview with Karan Thapar, the former diplomat said foreign minister S. Jaishankar needs direction from the top of the government and the RSS before he can speak about the issue and that he is their "instrument". 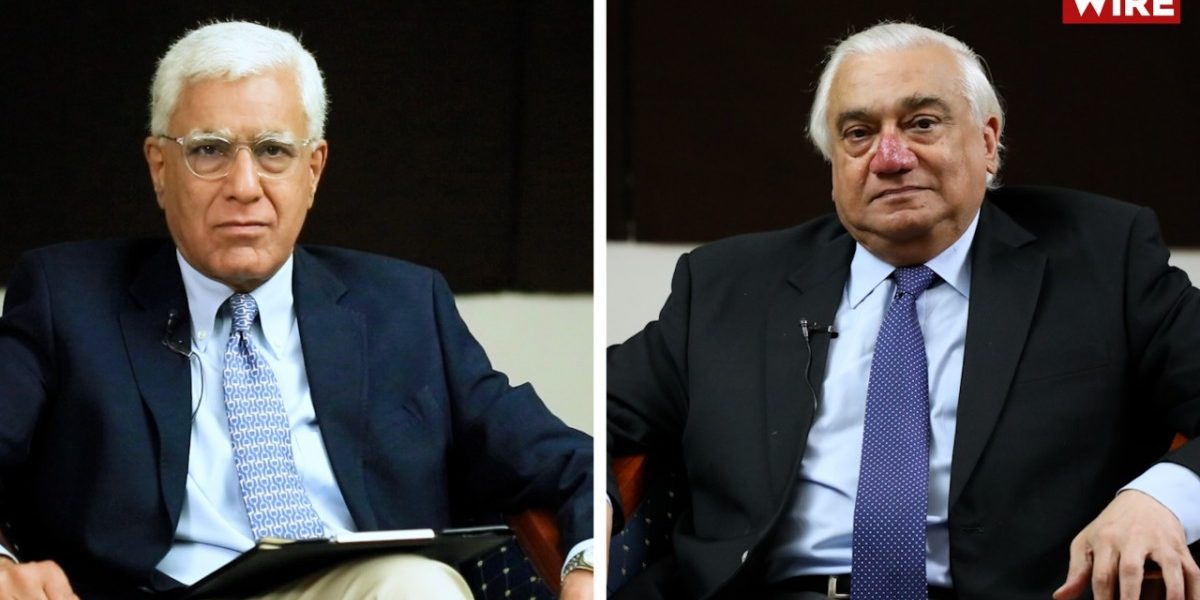 In a blunt and outspoken interview, Talmiz Ahmad – one of India’s senior diplomats who has perhaps more experience of serving in Arab countries as an ambassador than any other – has said India faces “a very serious crisis” with the Islamic world. He says “an alarm bell has been rung” and India “would do well to (listen)”. However, when pressed, Ahmad said “an apology is not called for from the government.”

In a 30-minute interview with Karan Thapar for The Wire, the former ambassador to Saudi Arabia, Oman and the UAE said so far Arab countries have been silent about the negative treatment of Muslims in India but the manner in which Nupur Sharma and Naveen Jindal spoke in derogatory terms of Prophet Muhammad is “the crossing of a real line”.

Speaking about the manner in which a dinner for the vice president in Qatar was cancelled on the grounds that the host had been in contact with someone who has COVID-19, Talmiz Ahmad said it’s “a very clear, strong signal from the Gulf countries.”

Elaborating, Ahmad said the Gulf countries are saying that India cannot treat its domestic policy and foreign policy as separate entities. The two are integrated and the former will impact the latter.

Ahmad said this is a very serious crisis for three important reasons. First, there are 8 million Indians in the Gulf Cooperation Council (GCC) countries, 3 million in Saudi Arabia alone and the annual remittance from these expatriates is $35 billion. That, he said, is one-third of India’s annual oil bill. More importantly, several million people benefit from these remittances. He said over 4 people benefit from each remittance, adding up to a total of 40 million people in India benefitting from the $35 billion in remittances received from the Gulf.

A second reason why the crisis is important is India’s energy dependency on West Asia: 40% of India’s oil comes from this area and 18% from Saudi Arabia alone. A further 40% of India’s gas comes from Qatar. Ahmad said “there’s no substitute for this energy”.

The third reason why this crisis is important is the huge increase in trade, which shot up from $33 billion in 2000-01 to $121 billion in 2018-19. However, Ahmad doesn’t believe that threats to boycott Indian goods in Kuwait will be implemented. He says these countries are far too dependent on imports from India, particularly grain. He said such threats are probably Pakistani-inspired propaganda.

One of the threats that Ahmad spoke at great length about was a boycott of the recruitment of Indians. Much of this, he pointed out, is done by individual companies and Indians of all religions are recruited, not just Muslims. If they now decide some Indians are less desirable, that could have a serious impact.

These are some highlights of the main points discussed in Talmiz Ahmad’s interview with Karan Thapar. Please see the full interview for the detail and strength and forcefulness with which the former diplomat has spoken.

Note: There are two cuts in the interview, but nothing has been edited out. The questions were repeated and the answers were successfully obtained on both occasions.

Click here to support The Interview with Karan Thapar.