In an interview to Karan Thapar, Arun Shourie says due to the Sikh community's tremendous commitment to India's security forces, its members find it deeply hurtful to be called "anti-national" and "Khalistani". 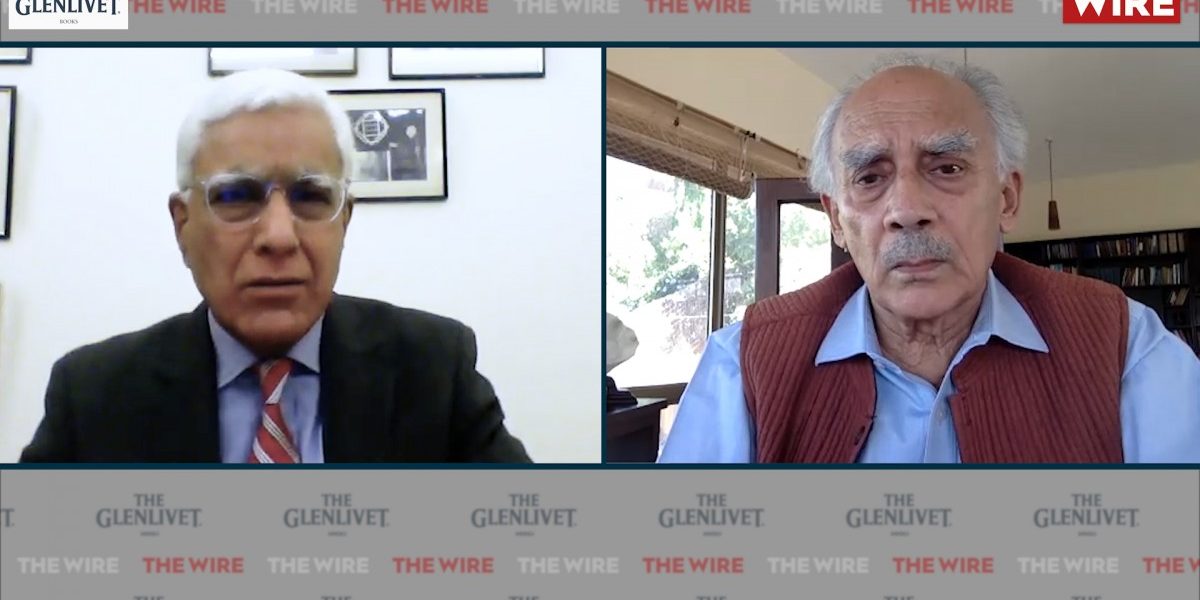 In an interview that should sound a serious note of warning for the government, a former member of Atal Bihari Vajpayee’s government has said that whilst the offer to hold the farm laws in suspension for up to two years is a good step, he’s worried the government’s insensitivity to the protesting farmers and its lack of understanding of Sikh character and Sikh traditions could still convert a farmers’ dispute into a wider Sikh crisis. If this happens, it could threaten to re-open a fissure which the country thought had been sealed and resolved 40 years ago. Arun Shourie said his concerns are corroborated by the fact that even on the day the government offered to suspend the farm laws BJP MPs like Jaskaur Meena from Dausa called the farmers “terrorists” who have “AK-47s” and “flags of Khalistan”.

In a 28-minute interview to Karan Thapar for The Wire, Shourie, who is also a reputed author and a former editor of the Indian Express, said the Modi government does not understand the character and traditions of the Sikh community. He said, “A Sikh is always ready for a fight and, when he fights, he fights to the finish.” He added that a Sikh “learns this with his mother’s milk”. On the other hand, the government thinks “everyone can be purchased and everyone is open to a deal”.

Arun Shourie said that “nothing is more important to a Sikh than the notion of self-respect”. He said a Sikh “will go to any extent to get what he thinks is right”.

Arun Shourie told The Wire that the government doesn’t understand “the strong sense of community and sacrifice” which is part of Sikh tradition. It gives the Sikh community a solidarity that most other communities in India do not have.

Shourie, who at one point in the interview referred to government ministers as “bloated toads” and “bonded labour”, said that MPs like Jaskaur Meena could not have called Sikhs terrorists “unless directed by the government”. He said, “It is what the government wants the people to hear.”

He said the BJP government and perhaps most politicians do not understand the commitment Sikh farmers have made to India’s defence forces. When their brothers, fathers, husbands and sons are at the border fighting for India’s security it is deeply hurtful – in ways that most people cannot understand – to be called “anti-national” and “Khalistani” and to be accused of being influenced by the so-called ‘tukde tukde‘ gang.

Firstpost reported that whereas Punjab’s recruitment to the army is 50.89 per one lakh and Haryana’s 45.41 per one lakh that of Gujarat is only 5.24 per one lakh.

Shourie told The Wire “nothing would enrage Sikhs more than to be called anti-nationals”.

Speaking specifically about Prime Minister Narendra Modi and home minister Amit Shah, Shourie said: “Modi’s and Shah’s stock in trade is buying and selling MPs and MLAs.” They do not understand the psyche and attitude of Sikh farmers. Which is why, he said, he’s worried that despite the offer to hold the farm laws in suspension for two years, continued insensitivity by the government or its MPs and MLAs could still convert a farmers’ dispute into a wider Sikh crisis.

Shourie told The Wire that unless there is a genuine fear that farmers may not vacate the Outer Ring Road if permitted to hold their alternate Republic Day tractor/trolley parade on this road, the government should let the farmers go ahead and not make a prestige issue of it.

He also said that apprehensions that “Khalistani elements” in the Sikh diaspora in Canada and the UK could affect the character of the protests by the farmers at the borders of Delhi are best tackled by resolving the problem at home rather than worrying about elements abroad. Once the problem is resolved the influence of Khalistani elements in the Sikh diaspora will be minimal and ineffective.