In Siddharth Nagar, the government had installed makeshift solutions and quick fixes to ensure that the city's ODF claim could be made. 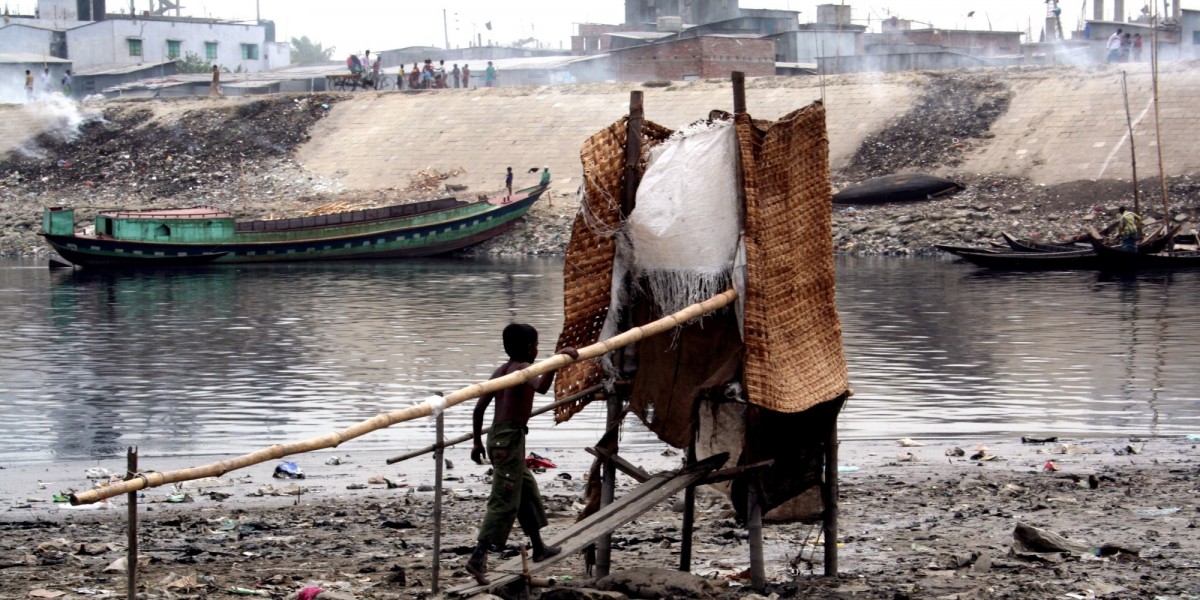 Conditions on the ground suggest that SBM may have been restricting, rather than enabling, user access to toilets. Photo: Reuters 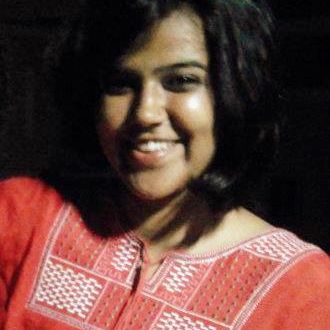 At the heart of the 2030 Agenda is the principle of ‘leaving no one behind’. This UN campaign has gained centre stage in the Sustainable Development Goals (SDG). SDG6 aims to achieve sanitation for all and end open defecation. Consequently, it is crucial to examine what national governments are doing to achieve these goals.

India launched its Swach Bharat Mission (SBM) (Clean India Mission) in 2014 with the aim to make the country Open Defecation Free (ODF) by 2019. However, the mission has attracted significant criticism. For instance, it has been accused of skewing data to mask the lack of progress in providing sanitation for all.

Indeed, conditions on the ground suggest that SBM may have had the opposite effect: restricting, rather than enabling, user access to toilets. On the example of an informal settlement in Mumbai, the following sections illustrate the struggle for sanitation of urban communities in India. Siddharth Nagar, a slum settlement in Mumbai and home to more than 650 migrant families, was declared ODF in April 2018. The settlement is abutted against posh residential areas, a nallah (stream-sewer) and middle-class housing buildings. Residents here are mostly domestic workers and auto-rickshaw drivers. They hail primarily from rural Maharashtra, Uttar Pradesh and Bihar.

The ‘slum mafia’ in this settlement sells 10×10 feet plots upwards of amounts of Rs 20,000­­­ (app. £220). Additional investment in tin sheets for walls and plastic for a roof is required to make the land a house. Migrants have no option other than to settle for this, especially in a city like Mumbai where housing prices are skyrocketing and affordable options are virtually non-existent. The settlement has been denied basic amenities by the authorities and has been subjected to repeated bouts of demolitions. Toilets do not exist, despite efforts by the residents over the years.

Faced with the government’s willful neglect, residents had to resort to open defecation. They worked out segregated timings for men and women. Eventually, they were able to pool together resources to construct tarpaulin toilets. They collected voluntary donations and built six toilet seats for the community adjacent to the nallah, so that the waste could easily flow to the sea. According to Jaimati, a local resident and activist with Pani Haq Samiti (a water rights campaign in the city), this arrangement did not last. In May 2016, representing the residents in the settlement, Jaimati had written a letter to Indian prime minister and architect of SBM Narendra Modi, requesting toilets under the SBM scheme. The letter read:

“650 Indian households, specifically labourers, are living in a hell-like situation without access to any basic services. When will we have our aache din (good days)?”

Nine months later, the letter was directed to the chief secretary of Maharashtra (the state where Mumbai is located), ‘for action as appropriate’. From the Mumbai municipal commissioner’s office, it was forwarded to the local ward office (the lowest level of city administration). In September 2016, the local ward office approached the landowner (the collector’s office) for permission to construct toilets. Letter to the prime minister of India. Photo: Purva Dewoolkar

When, after more than a year, Jaimati had still not been given an answer to his plea, he filed an application to view the land owner’s response under the Right to ­­­Information Act and discovered that the permission had been denied. The reason given was that an unidentified part of the land on which the settlement was built was marked as mangroves. The exact boundaries were unknown.

Yet Jaimati was able to find support from an engineer at the local ward office who was keen on building community toilets in Siddharth Nagar and agreed to initiate the process. Since in Mumbai community toilets are taken care of by local Community Based Organizations (CBOs), Jaimati and his team registered as a CBO with the local government and identified the best location for the future toilet block. Municipal engineers visited the location and approved it.

Shortly afterwards, however, the engineer who had initiated the process was transferred to another department. His replacement did not wish to risk placing toilets on mangrove lands. Instead, a ‘Firte Sauchalay’ (moving toilet) appeared in the settlement.

But Jaimati and his team’s struggle was not over.

After only two days, the toilet disappeared again. The local government had swiftly removed it following a complaint lodged by residents of the nearby middle class residential buildings. From the city government’s perspective, the toilet had served its purpose anyway. During the two days of the moving toilet’s presence, a ‘Swachh Sarvekshan’ team – SBM’s competitive ranking agency – had visited the city and their two-day inspection had paved the way for declaring Mumbai ODF.

The city government had installed makeshift solutions and quick fixes to ensure that an ODF claim could be made. In another astute tweak, it interpreted ‘Sanitation for All’ to mean only the pre-2000 residents of Mumbai. January 1, 2000, was the cut-off date for slum regularisation and later settlements are not considered eligible for basic services. Although on paper this policy has been done away with, it is still being practised on the ground. 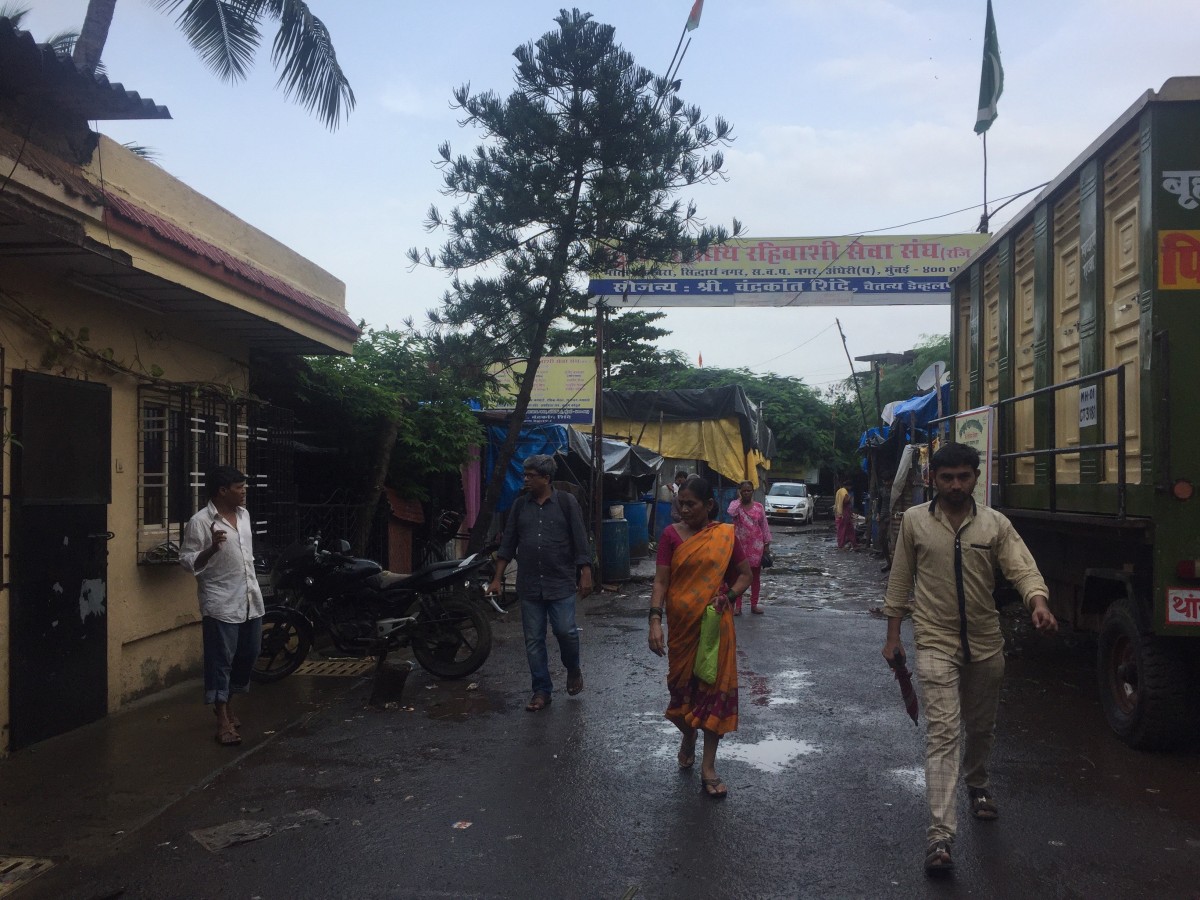 In Siddharth Nagar, in 2018 the local government delivered four portable toilets (portaloos) in another attempt for a quick fix.  The units were not connected to water or electricity. Waste was not collected in septic tanks as intended, but rather directed into the nallah because the settlement’s four portaloos had been placed in a location where they could not be reached by desludging vehicles.

Three out of the four portable toilets are now defunct. To this day, no community toilets have been constructed in Siddharth Nagar. The local government has been fending off inquiries about the delay with half-baked excuses. Residents are once again using the toilets that they had built themselves. Out of four portable toilets, only one is operational. Photo: Purva Dewoolkar

As the previous paragraphs demonstrate, the reality of India’s SBM couldn’t be further from the spirit of Sanitation for All. Mechanisms need to be put in place to hold local governments accountable if leaving no one behind is to become more than a guiding principle.

The core issues around India’s struggle to provide access to basic services were reported to the UN Special Rapporteur on the Human Rights to Safe Drinking Water and Sanitation, Léo Heller, who included them in his report.

Purva Dewoolkar currently works for the ‘Transforming M-Ward’ project at the Tata Institute of Social Sciences as a programme coordinator. She is an architect, urban designer by training.