While the detailed plans of the proposal are still not in the public domain, approvals are being granted in a rush with sometimes only a day’s notice. 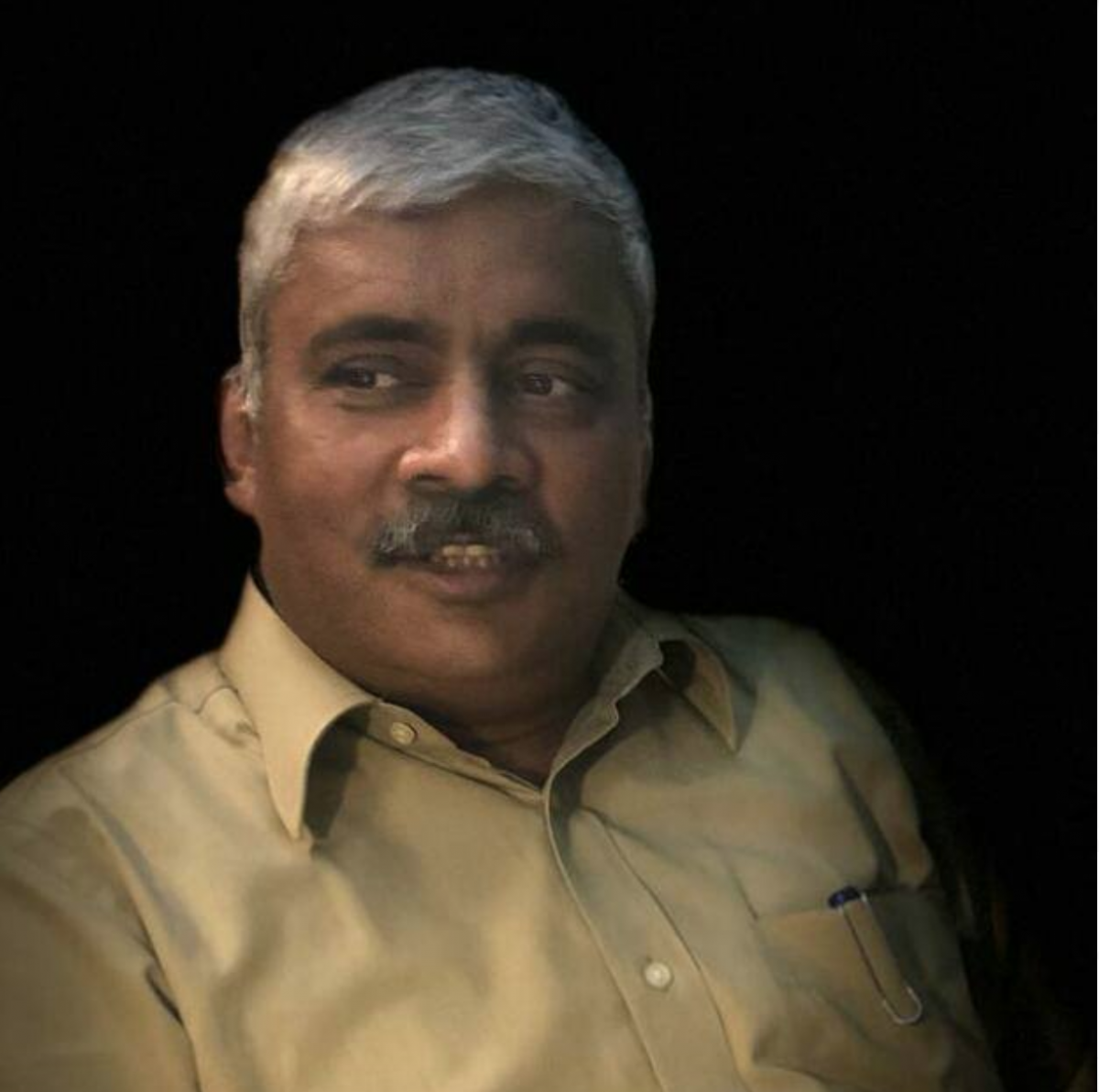 In a classic case of putting the cart before the horse, the architectural firm which won the bid for the tender for the Redevelopment of Central Vista and the Parliament is now desperately seeking approval for its design by approaching various institutions of education and professional bodies for presenting the scheme. These would then be passed off for Town Hall meetings or public consultations as stated by the concerned minister in his briefings. These meetings should have been ideally held much before the project was planned. These should have, of course, been preceded by detailed studies on the necessity and contours of the project and then the impact of the project on heritage, traffic and the environment. That these are sought to be held after the work begins to progress presents what could at best be called a fait accompli. The audience for the presentations held so far have been carefully vetted both by the selected architectural consultant and the government. It is also a fact that many of those who have attended these presentations have returned hugely dissatisfied with the answers that were given to the many questions asked during the course of the presentations. Any attempts to follow up were either brushed aside or ignored with the active connivance of the moderators of these presentations. Also Read: Central Vista: A ‘Public Interest’ Case Where the Public is Bypassed, Again Parts of New Delhi, especially what is called Lutyens’ Delhi, have maintained a distinctive architectural heritage and urban character. This is in sharp contrast to the rest of the country which has rapidly succumbed to the spread of the urban sprawl covering open spaces rapidly, mostly with official sanction. The increased floor area ratio sanctioned by municipal bodies and authorities allowing more area to be built within the same plot area has led to increased load on public infrastructure. This has also depleted natural resources and caused extensive damage to the environment. Indeed, short-sighted policies to serve narrow interest groups have been the bane of urbanisation in India. Only recently, some citizens aided by right thinking professionals, have been taking up issues related to the aspects like FAR (Floor Area Ratio) and Environmental Impact Assessment (EIA) of projects. These have been receiving a modicum of support from the media and the judiciary. They have also elicited the support of like-minded persons and civic action groups.

Cases in which the Indian Institute of Architects (Haryana Chapter) asked for a rollback of the increase of FAR for residential buildings and the GPRA Nauroji Nagar case and the Bangalore Master Plan case are only a few among the many across the country. It is a different matter that most of these cases have received limited success apart from a few notable exceptions like the Vadodara riverfront case, ironically planned by the same architectural firm that has been awarded the Central Vista Project. The vast majority of cities in India have been flouting all norms of urban design and the denigration of the urban fabric has gone unchecked leading to environmentally disastrous situations even in Tier 2 and Tier 3 Cities. All this while, traditional Indian architecture, along with its craftsmen, has been steadily relegated to the background. This travesty of our environment has now reached the very heart of the national capital: Lutyens’ Delhi or the Central Vista. Predictably, concerned citizens are up in arms over this move. A Grade 1 precinct The Central Vista is a Grade 1 precinct and has, within its area, several Grade 1 heritage buildings. They are all accorded protection under the Unified Building Bye Laws of Delhi, 2016. Consequently, any change in this area even for a single plot has been deliberate and well thought out. It is therefore a matter of grave concern that a drastic alteration of this area, encompassing several acres, is being contemplated in so cavalier a fashion. The detailed plans of this proposal are still not in the public domain. Developmental bodies with statutory powers like the DDA which claims to “proudly build the capital of India” have been bending over backwards to change the land use of open areas designated as district parks/open spaces to office/residential use for Government offices and VIP residences. This is being done post haste with total disregard of the principles espoused in the DDA’s own master plan. This change is purportedly based on the proposal by the architectural firm and has not even been examined on merit by any of the many committees charged with preserving the character of this iconic area. Post the flurry of adverse media coverage, approvals are being granted in a rush with sometimes only a day’s notice given for members to attend. It is also a fact that most of these committees, including the Central Vista Committee the Heritage Conservation Committee, are staffed by mostly government officials who would have no room to ignore a diktat. Also Read: Two Days to Hear 1,292 People: How DDA Consultations on Central Vista Violate Natural Justice The proposal has several offices and VIP residences coming up in this area, which would block the public from accessing it. This is amply evident in the war memorial which has blocked public access to a considerable area of the India Gate lawns. Cycling and running or even walking anywhere in this will soon be a pipe dream for the common man. Blocking people from open spaces is the easiest way to stifle democracy. Publicly accessible open spaces are the place for the common people of this country to gather, meet, discuss and express their views and the Central Vista has seen many such occasions, from protests to marches for various causes. 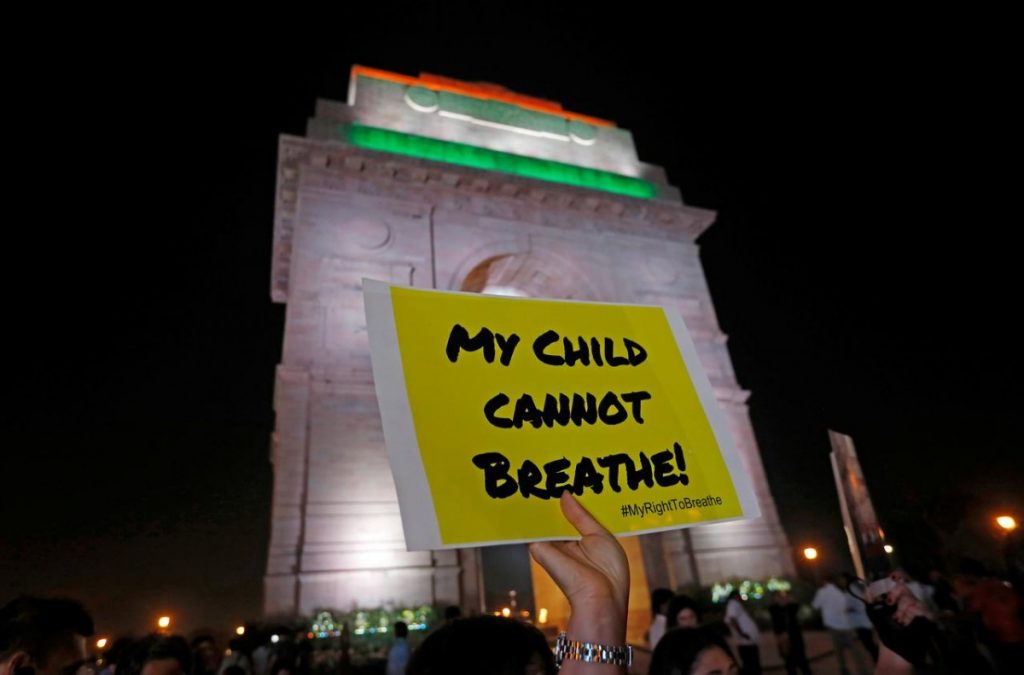 A person holds a placard at the India Gate during a protest seeking control of air pollution in New Delhi, India. Photo: Reuters/Adnan Abidi/File Photo

Connecting the dots The plans for the project have been rapidly evolving and the architectural firm appointed has gone on record stating that nothing in the proposal was final and that it was evolving. It then appears illogical why the firm won the bid for a tender in the first place with 80% weightage given to the design and other technical parameters. But when one comes to know that the same architectural firm has been a part of grandiose schemes like the Sabarmati riverfront and the Gujarat secretariat and the highly controversial Kashi Vishwanath corridor, you begin to connect the dots. This is presumably why, at the pre-bid meeting held by the CPWD, the same firm was the only one which refused to sign a letter written by all architectural firms present to request the CPWD to have an open design competition for the project. The Gujarat model of building monumental architecture has finally come to Delhi. Any planned government work has to establish the necessity of the work as per laid down procedure. The genesis of this brings us to the need for the project in the first case. Concentrating 70,000 governmental offices and fossilising the buildings of North and South block and even the Parliament building belies any attempt to conduct a study or even an assessment of the requirements. Surely, incurring an expenditure estimated to be in the range of Rs 12,000-25000 crore requires due deliberation if nothing else. Statutory requirements like the heritage impact or the environmental impact assessment have not been conducted and it has been left to the consultant to process these clearances post haste. In fact, piecemeal environmental clearance was sought only for the Parliament building recently leading to protests by environmentalists. The new Parliament building rationale has been based on the delimitation due in 2026. But the decline of population will start in 2061, as borne out by the declining fertility rates and even the planned increase of seats is not commensurate with the projections which would be based on the census. Senior parliamentarians have gone on record to say that the present parliament can be adapted to the increase in members by reallocating the halls. In any case, parliaments all over the world adapt to the changing requirements using the principle of adaptive reuse of heritage structures and do not abandon their living heritage to make a new building. 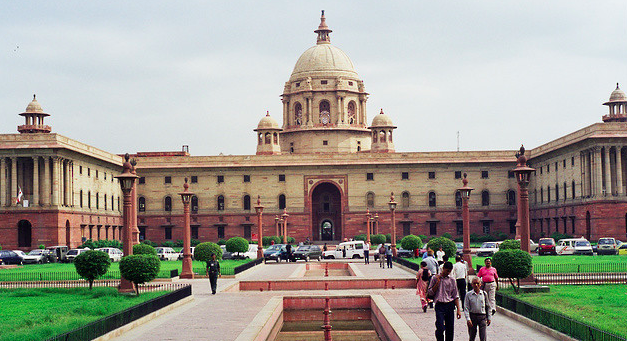 The rationale for each of the other buildings, demolishing national heritage like the National Museum, IGNCA, National Archives et al is likewise skewed with nary a concern for the artefacts housed in these heritage structures. Also Read: What Do Parliamentarians Think of the Proposal For a New Parliament? That such a project could see the light of the day is in itself a great source of concern for all concerned citizens and professionals connected with the built environment. A citizens’ collective called LokPATH has been spearheading the fight to bring the common citizen’s voice to the powers that be to save the Central Vista. It is about time the government paid heed to the voices of the very citizens who voted it to power rather than riding roughshod over them and destroying priceless national heritage. This, in turn, would establish a paradigm for public consultations for our urban spaces in future. Further, this would serve as a model of good urban planning and conservation of heritage for not only the nation but the entire world. Anuj Srivastava is an architect from SPA Delhi and a veteran officer of the Corps of Engineers. He is a practising architect and Secretary of SPA Alumni Association and an Executive member of the Indian Institute of Architects, Northern Chapter. He is a visiting faculty at SPA Delhi and Amity University. He is a petitioner in a case filed against the DDA being heard in the Delhi high court for the change of land use of the Central Vista.