Tracing the Journey of Tiles Into India

The Mesopotamians, the Greeks, the Romans, the Arabs, the Byzantines, the Chinese and the Turks have all contributed to the evolution of glazed tiles. 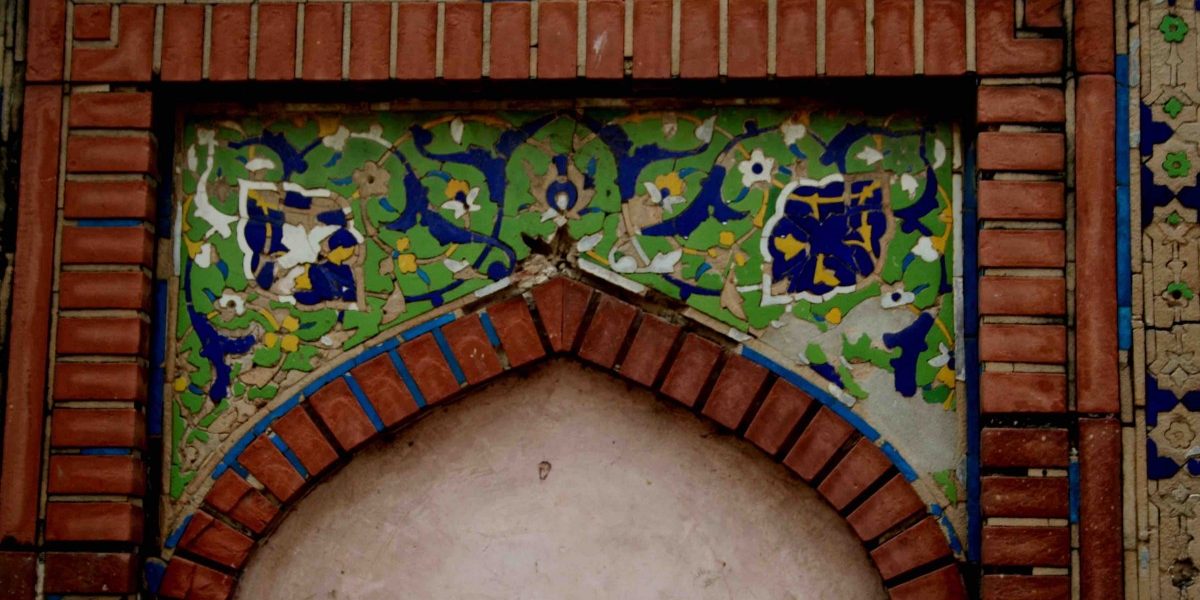 The use of glazed tiles during the reign of Akbar. Credit: Sohail Hashmi

This is part one in a two-part series.

Those who oppose the Chinese goods flooding the Indian market using WhatsApp on their affordable ‘Made in China’ smartphones may not be pleased by this, but their coffee mugs, tea services, fancy wash tubs, commode seats, basins and hundreds of glazed ceramics in use today – and since long, not only in India but all over the world – owe much to the ceramic making and glazing techniques that evolved in China.

These techniques then travelled through the Silk Route to Central Asia and Turkey, before arriving in India with the Turks.

There was a time when across Europe, two things traded at prices that were higher than that of gold: black pepper from India and fine ceramics, especially blue ceramics that were known as China blue and were almost priceless.

The people who were trading with the Chinese soon acquired the know-how and tile making, especially mosaic tile work, spread rapidly through the lands of the Turks, Tajiks, Uzbeks, Iranians and Afghans. It is through this route that it arrived in India during the Sultanate period.

Despite variations in climatic conditions, this craft seems to have captured the imagination of the people in a large area. While travelling through Turkey, Tajikistan, Uzbekistan, Iran and Afghanistan, one comes across glazed mosaic patterns on most mediaeval structures and blue is the dominant colour. 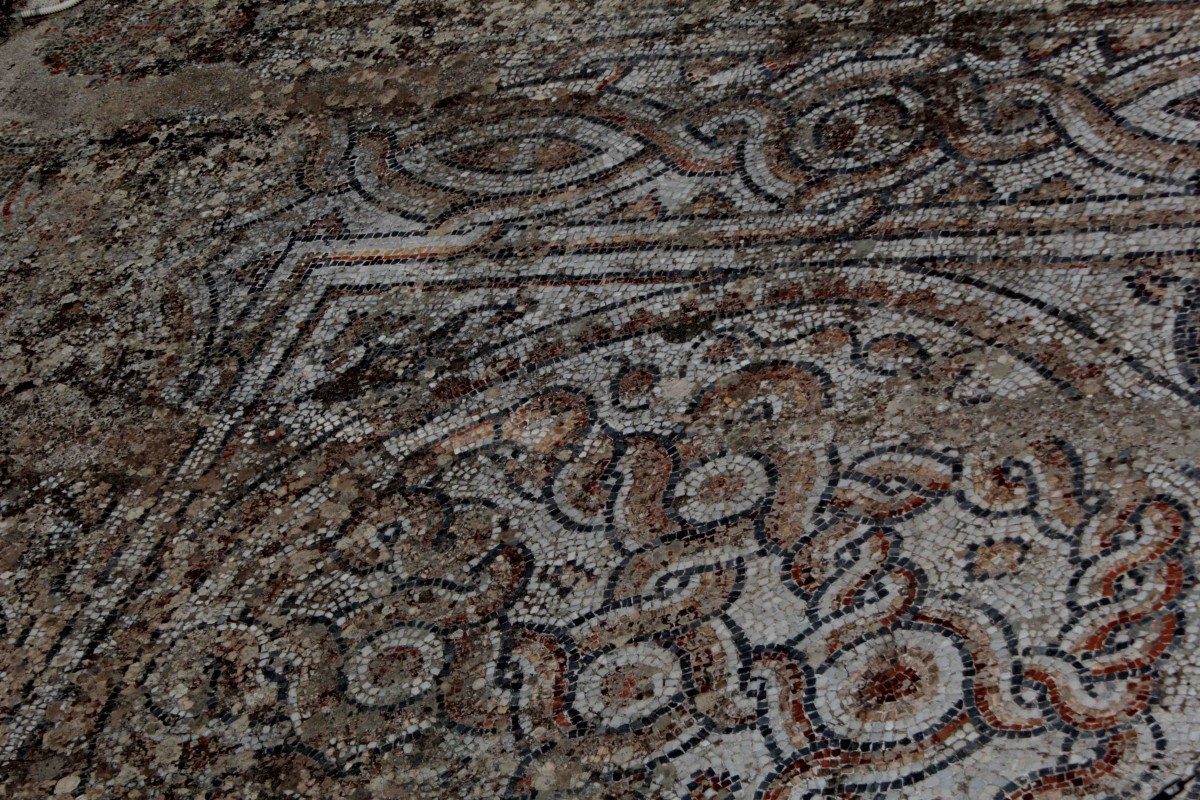 Every ancient society was producing clay pottery that was unique, but the pottery and ceramics produced by the Chinese were so remarkable in their finish that they captured the imagination of people across diverse cultures. The journey of this technology to India is as fascinating as the journey of the true arch.

The true arch originated with the Sumerians, the Romans used it in their aqueducts and it is here that the arch evolved into the true dome. The arch reached Turkey when the Roman emperor Constantine shifted his capital in the early 4th century of the common era to a site he named Constantinople, now known as Istanbul. 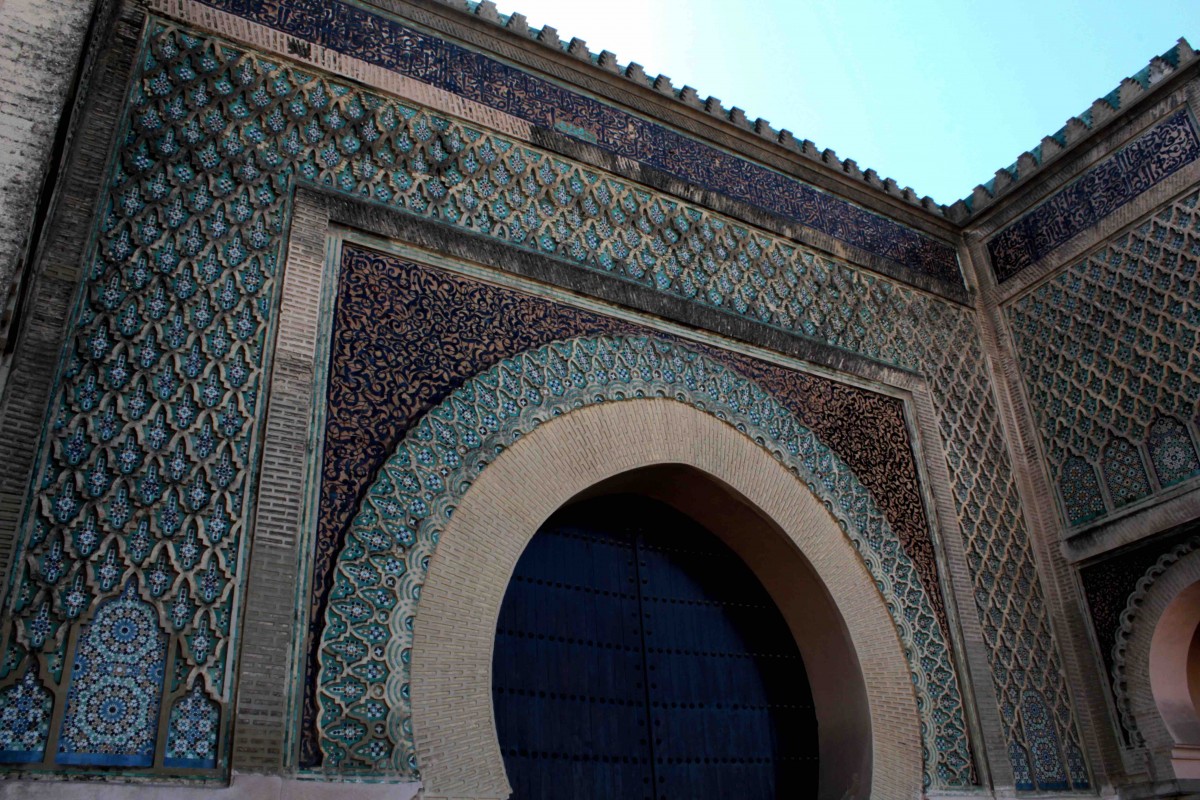 It is only towards the end of the 13th century that the technology of the true arch travelled to India, and to Delhi, with the Turks. It is once again the Turks who introduced paper, another Chinese invention, to India.

Mosaic that has its origins in Mesopotamia had travelled to ancient Greece and Rome and then to Byzantium, but this was mosaic made with coloured stones or glass. How and when did it transform itself into mosaics fashioned out of glazed ceramic tiles and how it moved from the depiction of human forms and scenes of great hunting expeditions or epic fights into a myriad of geometric patterns is difficult to say.

The Islamic injunctions against depicting living forms might have had something to do with the transition while the technique of glazed ceramics acquired through the Chinese must have facilitated the shift from pebbles to multi-coloured tiles.

So, in short, the Mesopotamians, the Greeks, the Romans, the Arabs, the Byzantines, the Chinese and the Turks have all contributed to the evolution of the glazed tiles, some through production techniques, some through form and others through the final look and feel and the aesthetics of the art. And it is this art that travelled to India in the Sultanate period. The Shish Gumbad and Sikandar Lodi’s Mausoleum at Lodi Gardens, as well as the Tomb of Daulat Khan and an unknown mausoleum inside the Mehrauli Archaeological Park, are examples of the use of glazed tiles during the Lodi period.

The Sabz Gumbad and the Neela Gumbad, both belonging to the Timurid style of dome making and both currently under restoration, the Tomb of Fazl Ullah, a contemporary of Humayun and popularly known as Sheikh Jamali and others like the gateway to the mausoleum of Bu Halima, the Mausoleum of Isa Khan and the adjacent mosque, the entry to Arab ki Sarai as well as the cupolas atop the tomb of Humayun and those surmounted on the corners of the enclosing wall of the mausoleum represent the continuation of a tradition well into the reign of Akbar and can be seen in the tombs of Atgah Khan at Nizam-ud- Din and of Quli Khan in the Mehrauli Archaeological Park.

The tradition of using glazed tiles on exteriors and interiors gradually began to decline with greater use of softer stones, more suited for carving but the use of tiles did not die down entirely and both Jahangir and Shahjahan continued to use them extensively in buildings that they commissioned in Lahore, Agra and in faraway Thatta in Sindh where Shahjahan built a stunning mosque.

Delhi and India were to go through another phase of using tiles in construction in both interiors and exteriors in the 19th century, but this use followed a rather peculiar trajectory and we will talk about this second phase in part two of this piece.