The Languages of Delhi – A Microcosm of India's Diversity

Delhi's linguistic diversity is a result of a long-drawn historical process of inclusion and interaction between an assortment of India's cultures and peoples. 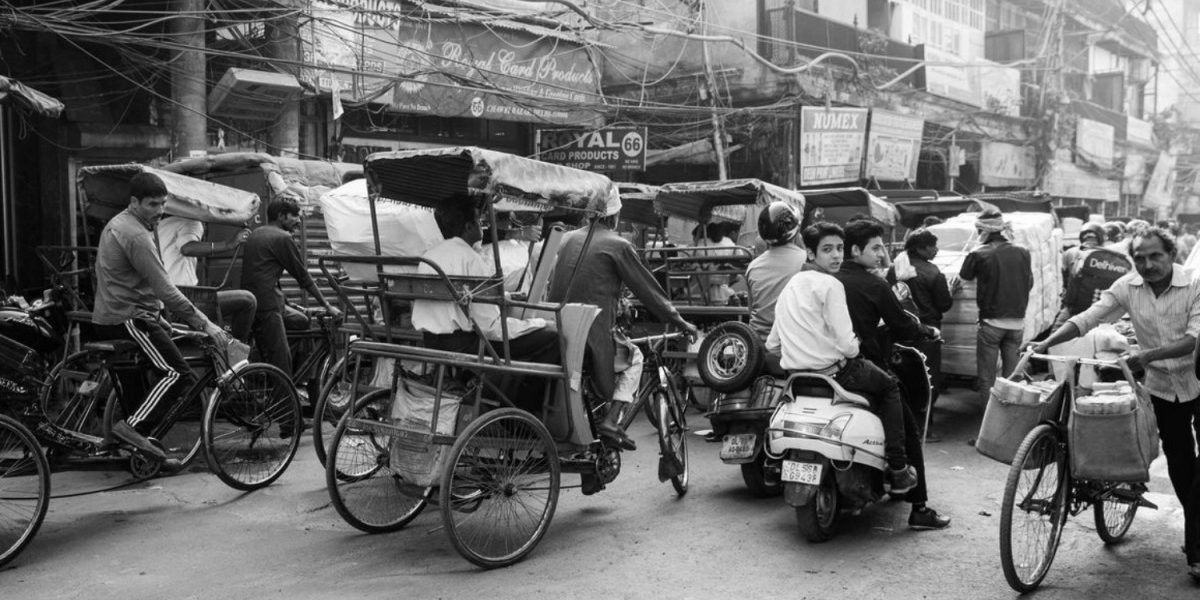 There was a time, not too long ago that the commonly spoken language of Delhi was Urdu. Some people – a few ill-informed and fewer still ill-intentioned – would immediately jump to the conclusion that this must be because Delhi was a Muslim majority city before Independence and Partition. Believing this to be true is like believing that Punjabi is the language of the Sikhs.

Punjabi is not the language of the Sikhs alone but also of Hindus, Muslims, Christians, and Jains. The same is also true of Punjabis like Bhagat Singh, Harkishan Singh Surjeet, Faiz Ahmad Faiz, Sahir Ludhyanvi, Rajinder Singh Bedi and many others who were all atheists. If the same applies for every other language, why should it be any different for Urdu?

Arguably, religion has little to do with language. It might come as a revelation to the ill-intentioned that whereas there are about 28 million (2.8 crore) Punjabi speaking people in India’s Punjab, there are about 100 million (20 crore) people speaking the same language across the border in the Punjab Province of Pakistan.

It becomes necessary to underline basic facts like these because in today’s post-fact reality, re-stating the obvious has become crucial. Delhi was never a Muslim majority city and in any case Urdu, also known as – Hindavi, Zaban-e-Dehli, Dehlavi, Dakkani, Rekhta – was a language of everyone who lived in Delhi.

Urdu was born in Delhi and further developed as those who spoke Persian, Turkish, Dari and Pashto interacted with speakers of Braj, Mewati, Haryanvi, Punjabi, Rohelkhandi, Bundelkhandi, Malwi and other indigenous languages. Interactions would mostly take place in the market place, in caravanserais, in the shrines of the Sufis and in the large royal Karkhanas set up by monarchs to produce all manner of gifts to be given away to guests, soldiers and nobles.

The intermixing of people and languages also occurred on the battlefield where soldiers spoke indigenous languages while their superiors spoke the language of the new arrivals. These are the places where this language was born. Urdu as a language was created by common people much the same way that all languages were created in the past – when humans began to feel the need for verbal communication.

This mixed language travelled out of Delhi with every major movement of people resulting from the expanding sultanate sending out its administrators across India. Administrators were accompanied by retainers who carried with them the language of Delhi. Thus, it was the retainer accompanying the Turk Sardars of Al’a-ud-Din Khilji who, upon reaching Gujarat, mixed with the locals – leading to the creation of Gujari.

The language of Delhi reached present day Maharashtra and mixed with Marathi when Mohammad Bin Tughlaq shifted his capital along with the entire population of Delhi to Deogiri or Daultabad. It reached Gulbarga when the Chishti Sufi Banda Nawaz Gesu Daraz moved out of Delhi in 1397, arriving at Gulbarga with many disciples and their families in 1400. It reached Telengana when the Qutubshahi kings made it their official language as was also done by the rulers of Bijapur.

It was in Daulatabad, Gulbarga, Golkunda, Bijapur and their surrounding regions that Hindavi mixed with Marathi, Kannada and Telugu and their sister languages – emerging in several styles that eventually came to be identified as Dakkani

The creation of two separate scripts for the same language and instructing employees belonging to different religions to use a particular script was part of the British’s divisive scheme, which was first put in place at Fort Williams College, Calcutta in the early decades of the 19th century

It was this scheme that created the fertile ground on which the two nation theory took its roots and birthed the strange idea of equating Urdu with Muslims.

So Urdu, the language of Delhi, which had bifurcated into Hindi and Urdu thanks to British instigation and the short-sightedness of their camp followers – petty politicians with no vision and little understanding – was all but banished from the city in the years following Independence. With Independence and Partition came communal violence and migration of people at an unprecedented scale. An estimated 14 million (1.4 crore) crossed the newly drawn borders to the east and west.

Estimates of those killed in the communal violence vary between one to two million people. The population of Delhi almost doubled from nine lakh people in pre-Partition days to almost 15 lakh by early 1948.

Almost 33% of Delhi’s population or 3,29,000 people, all Muslims – a large part of them the educated elite – migrated to Pakistan. They were replaced by 495,000 Hindus and Sikhs, a majority of whom were Punjabi speaking. Moreover, there was also sizeable number of those who came from Sindh and the Northwest Frontier Province giving Delhi a robust presence of Punjabi and Sindhi speakers admixed with those who spoke Pakhtoon. Starting in the 1950s and coming well into the 1980s, Delhi was seen both by outsiders and insiders as a city that was dominated by Punjabi.

An event that began to alter the linguistic profile of Delhi 35 years before Partition is rarely mentioned during debates on the languages of Delhi – the shifting of the colonial capital from Calcutta back to Delhi in 1912 accompanied by the gradual eclipse of the three presidencies of Calcutta, Bombay and Madras.

Large numbers of offices and their staff were transferred to Delhi. Currently, the city is home to almost half a million or more Tamil speaking  people, while the numbers for Malyali speakers are estimated to be almost twice as large. The presence of the Bengalis in Delhi also received a boost after the shifting of the capital from Calcutta to Delhi in 1912 and was further reinforced in 1947 with the arrival of tens of thousands of refugees from East Pakistan – a development that has nearly been marginalised in our almost single-minded focus on those who came from West Punjab.

Also read: The Role of Partition in Making Delhi What It Is Today

Kashmiri Gate, Karol Bagh, Devnagar, Anandparbat, Gole Market were the places where Bengalis were concentrated before partition. The East Pakistan Displaced Persons Colony or EPDP Colony – today’s Chitaranjan Park – became the largest hub of the Bengalis in Delhi once the migrants from East Pakistan were allotted land. But this came about only in the late 1960s.

Remember that Rajinder Nagar, Lajpat Nagar, Malviya Nagar etc, – areas allotted to Punjabi refugees – were already well established by the time we began thinking about East Pakistani refugees. Such was the overwhelming dominance of the discourse on those dispossessed from the west that their cousins from the east had to wait for almost two decades before they were attended to. The Bengali speaking diaspora is now spread across the NCR region with pockets in Patparganj, Mayur Vihar, Noida and Gurgaon.

Once all this is inked in black and white, many Dilliwallahs will begrudgingly concede the premise that Delhi is no longer a city exclusively of the Jats, the Hindi wallahs and the Punjabi. Unfortunately, acknowledging this alternate reality is rather late in coming; today almost one third of the population of Delhi comprises of those who have migrated to the city in the last 35 years or so.

Almost 33% of the 67 MLAs of Aam Aadmi Party belong to eastern UP and Bihar: areas where the spoken languages are Awadhi, Bhojpuri and Maithili, along with their dialects and sister languages, including but not confined to Maghai, Kaithi, Angika, Bajjika and others.

It is because of this tremendous linguistic diversity that Delhi is and always has been cosmopolitan and inclusive. No one has been asked to leave because they do not speak the language of Delhi. Every language of India is the language of Delhi and that is how it should be. It is inclusion that helps a village to mature into city.