This is a good opportunity for the Delhi government to push through transport initiatives, because there is a social consensus about the need to tackle pollution 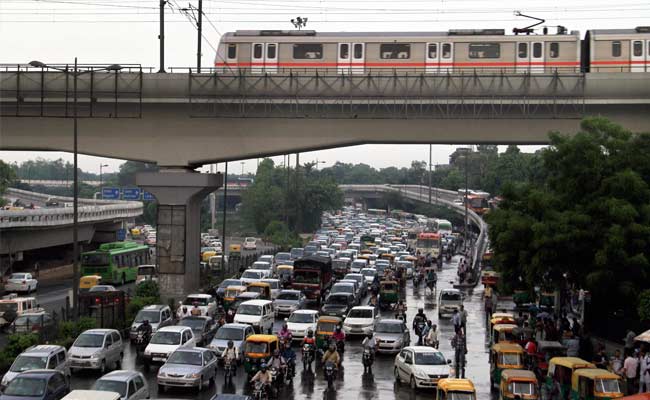 Sixty years ago, London’s sky became perilously hazy, in what was known to the world as the ‘great smog’. The city came to a halt because it was impossible to see anything. Twelve thousand people died due to the smog and close to 1,00,000 people were taken ill. There was a huge uproar, but the government of the day at first rejected smog as the cause. However, mounting political pressure compelled the government to set up a Commission which concluded that air pollution was the cause of those deaths and illnesses. In response, the government enacted some laws that helped improve the situation somewhat, but the overall course of ‘development’ did not change. Thus the basic problem remained unaddressed.

Then a time came when all of London’s public spaces got taken over by motor vehicles; walking on roads became close to impossible. Incidents of road accidents increased phenomenally. People again came out in protest, this time with the slogan: ‘Reclaim the public spaces’. The government was forced to impose stringent laws on private cars. It also strengthened the public transport system, and pedestrians and cyclists were being given priority in the city’s development. Today, there’s a vibrant ‘car-free-city’ movement in many developed countries.

In Delhi, the process of trying to combat air pollution began a couple of decades ago after a judgement by the Supreme Court. However, there’s been little fundamental change thus far. The recent ‘odd-even’ experiment with cars passed off without much political confrontation, thanks to the judiciary’s active intervention, and the strict approach adopted by the courts against air pollution. Both the Supreme Court and the National Green Tribunal (NGT) have been hearing a number of petitions related to pollution in Delhi for many years. The Delhi government used these court orders and directives in implementing the odd-even experiment for a stipulated period. The courts supported this campaign and many judges participated in it wholeheartedly. In a symbolic gesture, a few judges and parliamentarians were even seen using bicycles.

The strategy of the Delhi government must be appreciated. But the focus of this policy has been confined to finding solutions to problems caused by motor vehicles, including cars. There is no indication in the statements made by the government of any kind of comprehensive initiative or wider policy in the offing. For instance, Delhi’s minister for Public Works, Satyendra Jain, said that the dismantling of the BRT corridor which was constructed during the Congress regime in South Delhi would be complete by the end of this month, and that a ‘signal-free flyover’ would soon be inaugurated.

Both these announcements reveal the government’s skewed priorities. The BRT corridor has been the target of its detractors ever since its inception. A case was even filed in court to dismantle it. However, the court in its judgement observed that the BRT was a superior, pro-people structure. Additionally, the court stated that if it contained any flaws, they ought to be rectified by the government and that this corridor had, in fact, made it possible for buses to move faster and created a safe space for cyclists, pedestrians and street vendors. But the Delhi government is unwilling to accept this. On the other hand, who would the signal-free flyover serve? Will it discourage cars or encourage them? The answer is clear.

Do we want simple, cheap or sustainable structures or big flyovers? To be able to understand some facts, you don’t need research studies but clarity of vision. Every member of society is a pedestrian at some time or the other. It is not important who walks, when and how much. What is important is that everyone – the poor or the rich, a man or a woman, young or old, healthy or sickly – walks on two feet. Our Constitution states that “no public structure can be such that it obstructs the other person’s mobility”. Is it so difficult to build consensus on this? Can anyone contest publicly that they are against pedestrians? Isn’t the comfort of pedestrians a public issue?

Another key mode of transport is the bicycle. The government and statisticians say that the usage of bicycles is decreasing. But why is such data not made public? In the census that is conducted every ten years, one of the questions is about the kind of vehicle people use. According to the 2001 census, a little over 36 per cent of the population of Delhi used cycles. In 2011, this proportion came down to 30.5 per cent. Thus despite all obstacles and difficulties, a significant number of the people of this city, numbering in the millions, still use bicycles. The Delhi Transport Corporation (DTC) is said to be in a shambles and yet everyday on an average 45-50 lakh people travel in DTC buses. In addition, there are other modes of public transport available in the city such as Grameen Sewa, autos, taxis, chartered buses, and the Metro. All these modes together provide invaluable public service.

It has become fashionable for every government to talk of cycle lanes, rent-a-bicycle system, and of building cycle networks. In the past, many such schemes were also launched, but none of these went beyond merely garnering some publicity. There is still a huge number of people in Delhi who do not have the money to travel even by bus. They are forced to cycle to work out of compulsion and at considerable risk to their lives. Apart from this, there is another category of cyclists for whom cycling is a matter of pleasure and exercise. There is clearly a need to provide safe lanes on every road of the city for both these categories of cyclists: this will not just contribute to improving the environment, but will also reduce the number of those getting killed on roads.

All of Delhi’s public transport options are dependent on roadways, barring the Metro. Of these, the DTC caters to the maximum number of commuters, but it does not have the number of buses that are needed. The demand for increasing the number of buses has existed for years, ever since the Supreme Court had passed the order to take diesel-run buses off the roads. Thereafter, automobile companies supplied 6,000 buses, that too slowly, in stages, but then expressed their inability to supply more.

The same companies also make cars. But when it comes to manufacturing buses, why is it that they claim they are unable to, and why is it that successive governments remain silent about this?

The smooth flow of public buses, as part of a more equitable and sustainable public transport system, will encourage people to use buses more frequently and restore public faith in them. The Delhi government has a golden opportunity before it, as today the judiciary, civil society and political parties are all prepared for a solution. People at large are eager to get rid of pollution, traffic jams and road accidents. The courts have repeatedly indicated that such a forward-looking policy would receive full support from the judiciary. The Supreme Court, while hearing a petition against the odd-even policy a couple of weeks ago, said: “People are dying of pollution. We are also doing car pooling and here you are challenging it. This appeal is nothing but a publicity stunt, the sole purpose of which is to have your name appear in newspapers.” If the Delhi government can display the courage to implement a comprehensive, sustainable city transport system, it can show the way forward for the rest of the country and also provide our children a clean and a safe city.

Rajendra Ravi is a researcher, urban social planer and has campaigned on issues of equitable public transport

This piece first appeared in Jansatta. Translated from the Hindi by Rajender Singh Negi