The Act reduces the challenges faced by vendors to one of access to public space alone.

Bengaluru: Street vendors provide tremendous contributions to the economy, society and culture of our cities. Despite this, the issue of recognising and regulating street vending is one of the most intractable issues in cities such as Bengaluru, which especially affects mobile street vendors who do not restrict their business to a specific space. Eight years after November 14th was recognised as International Street Vending Day, the issue is yet to make headlines.

Mahesh runs a fish business from the back of his scooter, and with his mobile phone. After he failed his 10th standard exams in 1988 at the age of 15, he came to Bengaluru from Chinnasalem Taluk, Tamil Nadu to find a job. He entered the fish business through local contacts of his older sister.

By Mahesh’s own estimate, there are 500 vendors like him who work in this business in Russell Market alone, one of Bengaluru’s oldest and still thriving markets. They travel on scooters, mainly TVS XLs, with a large plastic box strapped on their backs, brimming with loosely packed ice. In the best of fishing seasons, they hold what Mahesh proudly says is, “sardine, mackerel, shankara, nethilli, crab, seer fish, black pomfret, milk shark, squid, moda”.

Unlike other street food vendors who either sell from a stationary makeshift shop or stall, Mahesh travels almost 30 km on his bike, to sell to customers in the surrounding neighbourhoods of Shivajinagar, Frazer Town, Vasanth Nagar and Spencer Road, making him a mobile food vendor selling perishable goods.

To better understand street vending, the Indian Institute for Human Settlements (IIHS) in partnership with the Hungry Cities Project, surveyed 1000 food vendors across Bengaluru. Results revealed that about 47% of vendors were mobile food vendors operating out of a mobile cart, cycle or bike and 18% of food vendors would sell their items in multiple locations in the city. Among them, more than half the vendors spent 5–10 hours a day travelling to sell food (53%). Mobile vendors moved their business from one location to another for various reasons: to gain access to more and different kinds of customers, to be closer to suppliers, and to differentiate themselves from their competitors.

Also read: For Street Vendors and Hawkers, a Litany of Failed Promises

The Street Vendors (Protection of Livelihood and Regulation of Street Vending) Act, 2014, recognises the full spectrum of street vending activities. It defines a stationary vendor as someone who carries out business in a specific location on a regular basis, and mobile vendors as those who carry out business ‘by moving from one place to another place vending their goods and services’ and a category of ‘street vendor’ who may be stationary or mobile and sell wares in public spaces.

The Act goes on to state that the Town Vending Committee (TVC) has the power for ‘earmarking of space or area for vending zones’ and to determine ‘vending zones as restriction-free-vending zones, restricted vending zones and no-vending zones.’ Vendors and hawkers are to be surveyed every five years, issued identification cards and allotted to a defined vending zone agreed upon by the TVC.

While this is an extremely important first step in protecting street vendors’ livelihoods, the Act will be unable to deal with the dynamism inherent in street vending due to its focus on creating designated zones. It reduces the challenges faced by vendors to one of access to public space alone, which does not help vendors like Mahesh.

For one, mobile vendors work with perishable food items without access to adequate infrastructure like refrigerators. Mahesh says, “It is not like selling tomatoes or onions, nothing happens to them even after a week. If you get fish, you have to sell them immediately.” This sentiment is applicable to other types of food vendors who cannot rely on refrigeration to store their goods. While the Act does speak about some provision of civic amenities in vending zones, we do not know its specifications. 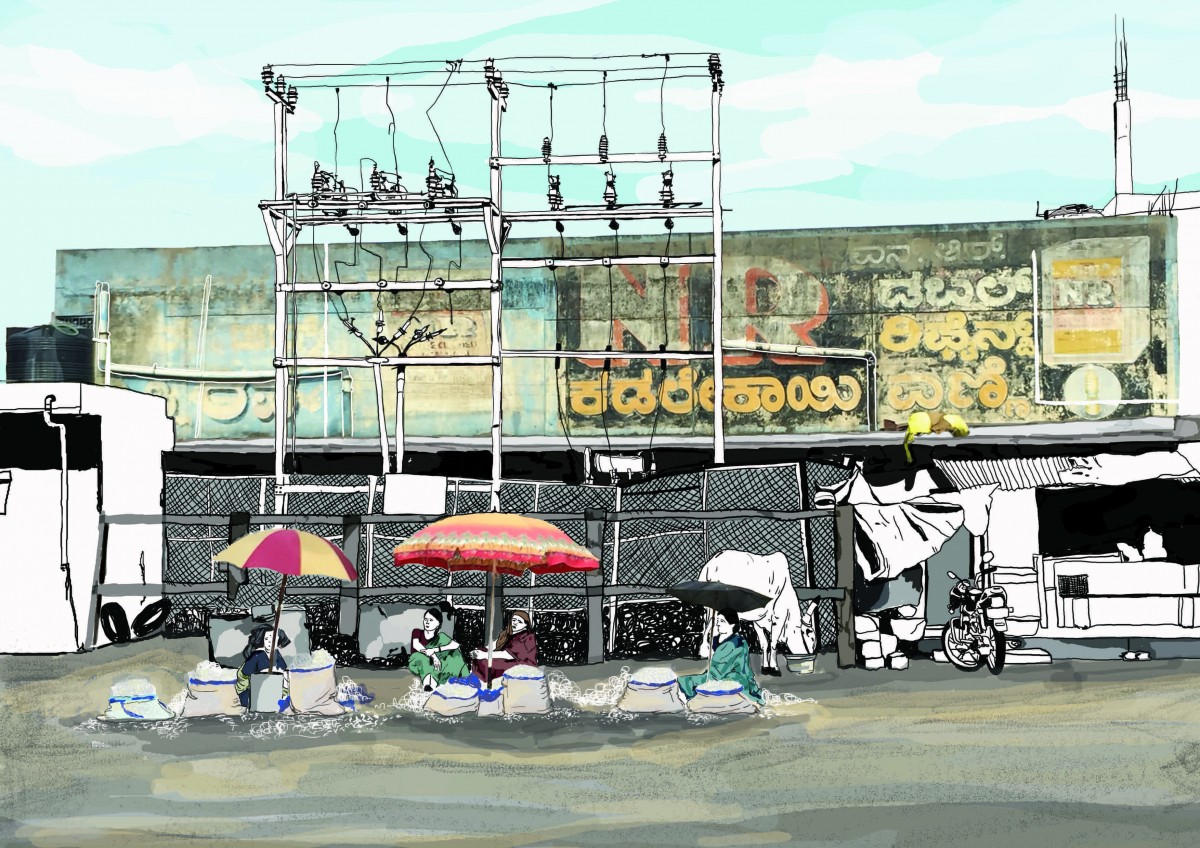 The other issue that the Act does not acknowledge is how Mahesh uses technology to seek customers, rather than being based in a specified vending zone to sell.

“Earlier, when there were no cell phones, I had to walk on the streets and call, “meen (fish) meen meen”, and somebody would see me on the road and call out to me and buy some from me. After cell phones came, business is good and easy – if a customer calls, I will go give them the day’s fish,” he says.

Also Read: Behind Our Prejudice Against Street Vendors Lies a Flawed Idea of Public Space

Access to customers was the deciding factor for choosing their business location. It is crucial for the TVC to understand and support the different strategies vendors use to reach customers, whether it is through technology or their mobility.

Further, opportunities to set up vending businesses are often through social and economic institutions. Family and related social networks are a crucial source of news and capital for those who work in the informal economy. “I got to know about the fish business only because of my sister and brother-in-law,” says Mahesh.

In our study, 17% of the respondents said that they were able to start their businesses because they had relatives or acquaintances who helped them. It is important to understand how public institutions like the proposed TVC could aid and support such types of social and financial access to vending setups. 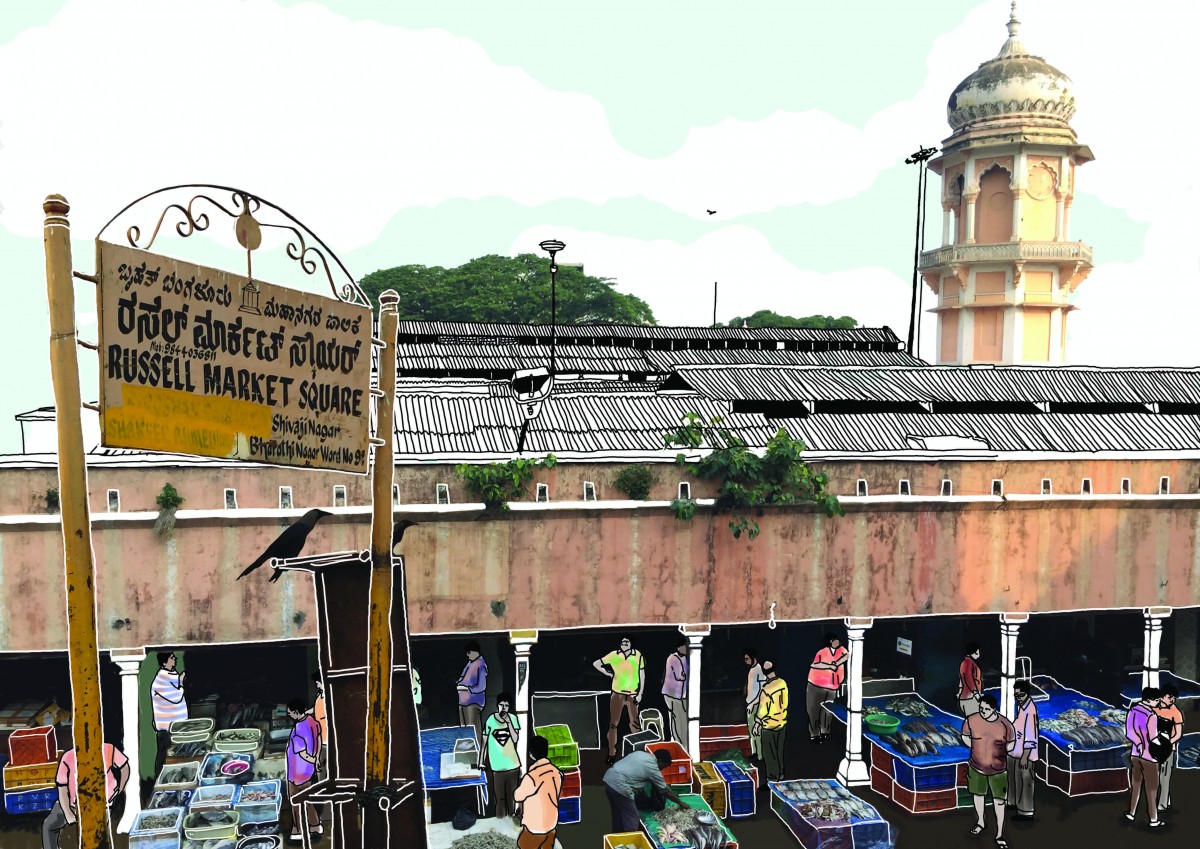 The other critical provision of the Act is the allocation of licenses for vending. Mahesh said that he has been conducting his business without a license for the past 20 years, believing that there was no such license for this type of activity.

In 2017, the BBMP carried out a survey of only 25,000 vendors (out of more than an estimated 2 lakh) in Bengaluru, most of whom are yet to be issued licenses. Our survey revealed that only 19% of vendors were issued licenses, meaning that the majority of vendors are vulnerable to harassment, evictions and demands for bribes by local authorities.

While the Act has not been implemented yet in Bengaluru, it is imminent. However, as it aims to protect vendors’ livelihoods by allocating zones, it needs to address issues like access to refrigeration, technology and capital among other things – foundations which will provide employment to lakhs of people in our cities.