While the signage at the Red Fort indicating its adoption by Dalmia Bharat will have to be done in a 'discreet manner and tastefully', there is no such requirement for the Gandikota Fort. 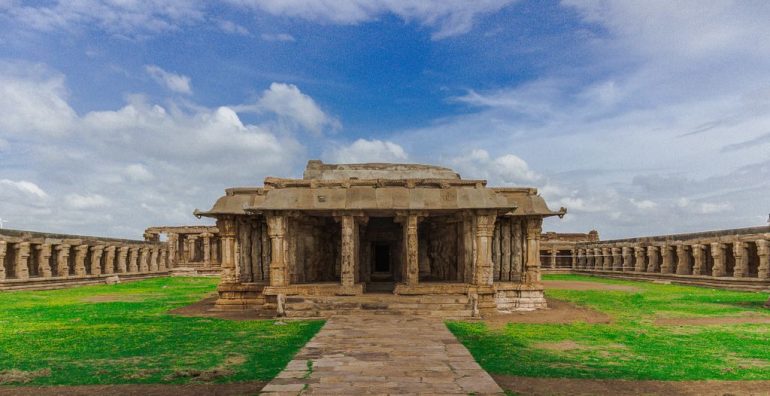 New Delhi: While Dalmia Bharat group will be beginning a facelift work at Delhi’s iconic Red Fort in the coming weeks, it is also gearing up to start work on the 14th century Gandikota Fort in Andhra Pradesh under the government’s ‘Adopt a Heritage’ scheme. The contract for the Gandikota Fort located in the Kadapa district of the state was signed by the Dalmia Bharat group on the same day as it signed the Red Fort deal with the Union ministries of tourism and culture and the Archaeological Survey of India, on April 9, 2018.

Dalmia Bharat officials said they adopted the Gandikota Fort since it was located close to their cement factory in the district which makes it logistically easier for them to monitor development and maintenance work at the monument overlooking a stunning gorge carved by the Pennar river in Andhra Pradesh.

“The location of the Gandikota Fort is quite remote. It is a living monument, with many households residing there. We do not want to evict any of them and wish to involve them in the monument’s maintenance. One of our primary tasks will be cleaning up the area as certain parts are being used as open toilets. No one wants to smell ammonia while strolling through the Fort,” said Sundeep Kumar, executive director of Dalmia Bharat group.

There are many similarities between the contracts signed by the Dalmia Bharat group for Red Fort and the Gandikota Fort. Firstly, both contracts are for five years initially, after which they can be extended on mutually agreeable terms by the government and the corporate house. Secondly, many of the proposed interventions are also similar. They include landscaping, provision for drinking water facilities, toilets, installing benches and general illumination of the fort. Thirdly, the indemnity clause for the Gandikota Fort is similar to that of the Red Fort. The government would hold the Dalmia Bharat group “harmless against any loss, costs and expenses” in case such claims are made by the Archeological Survey of India. And lastly, like the Red Fort, Dalmia Bharat will also not charge any “collection fee or convenience fee” from the general public.

Among the primary differences between the Red Fort and Gandikota Fort contract are the nature of restoration and facelift activities that would be undertaken. While Dalmia Bharat group plans to have virtual reality, 3D mapping projection, tactile maps and night trails at the Red Fort, the Gandikota Fort won’t get any of these. Instead, the group will focus more on basic amenities like installing aesthetic dustbins, landscaping and installing CCTV surveillance systems. Dalmia Bharat will also provide WiFi facilities at Gandikota – something not envisaged in the Red Fort contract.

The Indian government launched the ‘Adopt a Heritage’ scheme in September 2017. It has put up 93 monuments and heritage sites up for adoption across India. In 2018, many sites like Fatehpur Sikri in Uttar Pradesh, Bhimbetka Rock caves in Madhya Pradesh, Hazardauri palace in West Bengal, Chittorgarh Fort in Rajasthan and many others were put for adoption. Many corporate houses and non-governmental organisations (NGOs) have expressed interest in adopting these monuments and heritage sites. However, the Dalmia Bharat group is the first ever corporate house to get a contract for a monument under the government scheme.

This article was first published on Business Standard. You can read the original article here.