'Home Is Where the Heart Is': Remembering Kolkata's Jewish Community

The community's legacy in the city has now almost disappeared. Former residents recollect their fond memories of food, harmony and heritage. 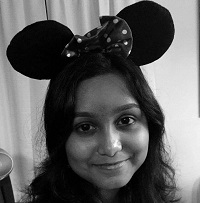 During the tumultuous years of the 1940s, Baghdadi Jews as well as many European Jews fleeing Nazi oppression migrated to and found safe haven in the ‘City of Joy’. They settled down and eventually excelled in all their endeavours, playing a key role in contributing greatly to the commercial and cultural activities of the city.

Kolkata (formerly “Calcutta” until 2001) became their ‘home’ and the community became thoroughly integrated in its fabric – until various social, economic and political reasons compelled them to move to countries with better prospects like the US, UK, Canada, Australia and Israel.

It is said that adjusting to a new country is in many ways similar to the Indian bride leaving her maternal house to live with her husband – one has to change, and there are things one must inevitably, eventually forget.

But Rahel Musleah, who previously lived at 11, Bowbazar Street in Kolkata and had to move to New York later, says that her family continued to converse in Hindustani even after emigration, despite being of Jewish origin and Hebrew was their mother tongue. Musleah boasts of knowing a Hindi lullaby (Neenee Baba Neenee), which she sang to her children. She taught them the Indian national anthem too. She gets excited every time she visits an Indian grocery store in New York. She makes tea every morning with ‘Good Day’ biscuits and vegetable samosas with tamarind chutney, like she did in Kolkata. She even bought the material for her daughter’s tallit (prayer shawl) from an Indian saree store in Queens for her bat mitzvah ceremony.

“I speak about the communities as part of my profession, but it is really part of my identity,” she says, as she conducts yearly tours in India that explore the intriguing culture of India’s distinctive Jewish communities.

The Jewish community in Kolkata is close to extinction – of the original Baghdadi Jews who migrated, only about 20 remain. Most are in their 70s and once they’re gone, the rich Jewish culture and legacy may as disappear from the city too.

Jews have experienced cruel anti-Semitism in many countries, but not in India. Kolkata provided a rich and hospitable home for the community for over 200 years. Musleah fears that the community cannot be preserved further, but needs to be re-invigorated and revived with an infusion of people.

For Lahava Silliman Herman however, who was used to life at Moira Street’s Halwasiya Mansions, moving to Israel was quite sudden and unexpected, when she was only seventeen. Her mother’s side of the family originated in Iraq and her father’s side in Syria. Her ancestors arrived as merchants and settled at a time when Kolkata was the jewel of the British crown. But by the time Herman grew up, the Jewish community dwindled to just a few families. Her parents remembered a flourishing community.

Without a moment’s hesitation or further thought she says the thing she misses most is the city’s food. “Kolkata is about food; food that you can only get there.”

She is also a chef at the Indian restaurant she owns, called Ichikidana, in Mahaneh Yehuda in West Jerusalem. Specialising in Indian vegan cuisine, she claims to make the best chutneys. She still misses the food from their kitchen in Kolkata.

The community’s migration to Kolkata is said to date back to King Solomon’s spice trade. The Baghdadi Jewish community came from Syria, Iraq and Iran as traders during the late 17th and early 18th centuries. Shalom Cohen, said to be the first Jew of Kolkata, docked in 1685 to become the court jeweler of the Nawab of Oudh. Kolkata, connected to both river and ocean traffic, was teeming with opportunity and the Baghdadi Jews were responding to the new economic potential created by colonialism.

Isaac Ashkenazy is directly descended from one of the two leading founders of the community in Kolkata: Aaron Obadiah Cohen, who founded the Calcutta Jewish Community in 1786 (which continues to survive 168 years after his death). Born, brought up and educated in Kolkata, Ashkenazy says the city made him the person he is today. To him, Kolkata’s character is essentially forged by its people, culture and tradition and that is how he fondly remembers the place.

“It’s the little things that stay in your mind – the memories are like embers of a past that blanket me with a warmth of a world that seems from a long time ago”, he says, recalling a kind Bengali gentleman who used to read his book in the lush greens of Maidan and regularly kicked a football with him and his brother.

Then there was a Muslim clockmaker friend who annually honoured the Ashkenazy household with biryani on the auspicious occasion of Eid. He also ruefully remembers his first childhood tryst with love, a sweetheart from Tollygunge and his wonderful Anglo-Indian mates with whom he used to play music and dance at the local bars.

The best anecdotes carousel around Rosh Hashanah, the Jewish New Year (tentatively around September), owing to the excitement at home. It involved shopping for new suits at New Market every year and a traditional Jewish supper.

Like Musleah, Ashkenazy too feels that the community is on its last leg. “Although the physical frameworks like synagogues and schools exist, the community does not have the promise of a flourishing future.”

Home is where the heart is 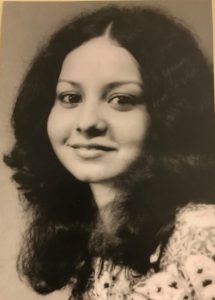 Sarah Silas Brown, when she was 16 or 17 years old, in Kolkata. Credit: Author provided

Sarah Silas Brown, currently living in Canada, recalls that the doors to their homes were always open. People would drop in without making an appointment and still be welcome. They would never be allowed to leave without being offered a drink and/or something to eat.

“Home is where the heart is, and when I left, I left a piece of my heart in Kolkata.”

She attended the Jewish Girls’ and Boarding School in the Park Street area. Brown followed Sephardic Jewish traditions like reciting daily prayers and psalms, lighting the Sabbath lights on Friday night, observing the High Holy Days and visiting the two main and currently existing synagogues, the Maghen David and Beth-El Synagogues (her parents married in the latter).

What stands out most for Brown is the secularism of Kolkata. Religion was not a factor in building relations with another person and everyone celebrated all festivals. Their home was surrounded by a Hindu family on one hand, a Chinese one on the other, as well as a number of Muslims families at the back. There was also a time when two Christian families lived in their house for many years.

She describes the cultural culmination and harmony of her residential locality as a cohesive melting pot, where common courtesy and mutual respect for each other’s religion and traditions helped people get along well. The welcoming nature of Kolkata rekindles her fond memories the most, even years after her departure. “I cannot recall a day when I felt unwelcome as a Jew.”

Although there was no anti-Semitism at the time of independence, the Jewish community lived through turbulent times during Hindus-Muslims violence. It was quite uncertain what would be the outcome once the British left. The violent riots played a big role in the decision of many families to leave the city. As a result, the many Jews who contributed and participated in Kolkata’s cultural renaissance have been lost or go unacknowledged due to the ravages of time.

Solomon Bekhor, currently residing in England, was a student of the coveted St Xavier’s College. Along with his classmate Utpal Dutta, a pioneering figure in modern Indian theatre, he founded the Little Theatre Group in 1949. Bekhor was an active presence in Kolkata’s theatre space for as long as he lived in the city, having closely worked with Dutta on several occasions and serving as the music director in the productions from time to time. Bekhor ruminates how marginal religious differences plunged the city into violent uncertainty, forcing his family to leave. He misses the many Bengali friends he made during his association with theatre.

“I kept in touch with Utpal, his widow Sova and daughter Pia over the years. I would love to return to Kolkata on a long term basis and see what is left of my friends and how much the city has changed since I’d seen it last,” he says.

Bekhor last visited Calcutta in 1984-85 on Utpal Dutta’s invitation. He took part in a film about a Russian character called Lebedeff, who apparently knew Sanskrit and was a musician. However, Indira Gandhi’s assassination prompted snap elections and the film was postponed and eventually cancelled. It was a rather nostalgic trip as Bekhor visited a lot of the places he frequented as a child. Although he wishes to undertake such a trip once again, he fears his age may not permit it.

The thought that the community’s history in the city could be lost prompted academic and activist Jael Silliman, a member of the Baghdadi Jewish community residing in the city, to put together a digital archive that narrates Kolkata’s 200-year-old Jewish story. It can be found here.

Also Read: To Kolkata, From Baghdadi Jews, With Love

“It was important to highlight how much Jews loved India,” she says. “We have never faced any communal violence in this country since the community settled down. The archive brings together formal as well as personal histories to show the diverse contributions and lives of Calcutta Jews.”

With the passing of time, however, there are fewer people remember the Calcutta of the Jews. As Silliman notes, it is a community that is beautiful from the outside – the buildings, the cemetery, the schools, mansions and synagogues that exist are the only vestiges left of this once flourishing legacy.

Yet there are no people left inside them.

Srijita Datta is a post-graduate student of English Literature at Jadavpur University, Kolkata. Her work has appeared in The Statesman, Sahapedia and The Quint. She tweets @srijitad_.