How Indian Cities are Squeezing the People out of Public Spaces

Areas where people engaged as citizens are gradually being replaced by spaces of consumption, dividing our cities even more and shrinking the realm of public discourse. 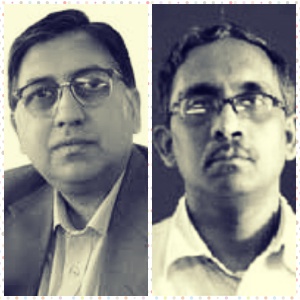 The recent controversy over the disruption of namaz in several public places in Gurgaon raises questions about the rights of the people over public spaces and their utility in modern Indian cities.

Great cities across the world have historically been defined by the quality of their public spaces  more than the architectural beauty of individual buildings. We have now come to terms with the Manhattan skyline devoid of the Twin Towers, but can we imagine New York without the hustle and bustle of Times Square? Or Delhi without people enjoying ice-cream on the India Gate lawns? Or, for that matter, Varanasi without its majestic river ghats? A city cannot be experienced without imbibing the publicness of it.

European cities, influenced by classical Greek and Roman urban design, often have charming paved plazas at the centre, surrounded by impressive public buildings. While large uncovered paved plazas are not suitable for India’s hot climate, neighbourhood chowks, bazaars and streets in Indian cities have for long been functioning as public spaces, where people gather not just to buy their daily necessities, but also to pick up the ‘gossip of the day’. 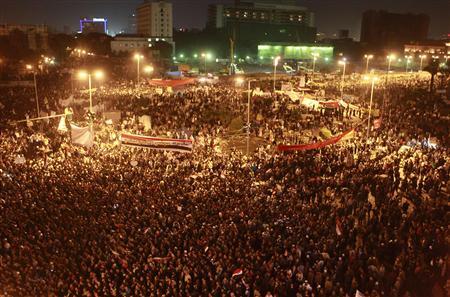 The best public spaces in the world are multifunctional and multicultural, much like the river ghats of Varanasi. Here, tourists take selfies, young couples find anonymity in the crowd, the elderly savour the evening breeze, devotees experience salvation through the spectacle of sandhya-arati and chaiwallahs earn their livelihood.

The public realm is embedded in our vernacular urban fabric – where we encounter the ‘other’, the  people who are different than ourselves. This diversity enriches our everyday experience of life.
Vibrant public spaces draw crowds from all walks of life and have also been vital platforms for political discourse since the ancient times. Greek Agoras and Roman Forums were places where discussions and debates were held. Political scientist John Parkinson, who extensively studied public spaces in 11 major cities across the world, notes that ‘safe’ and ‘accessible’ public spaces are vital for participatory democracy. As ‘physical sites’ of politics and legitimate protests, these are the places where rallies are held, dharnas and morchas are organised, and civil society activists light  candles in protest. 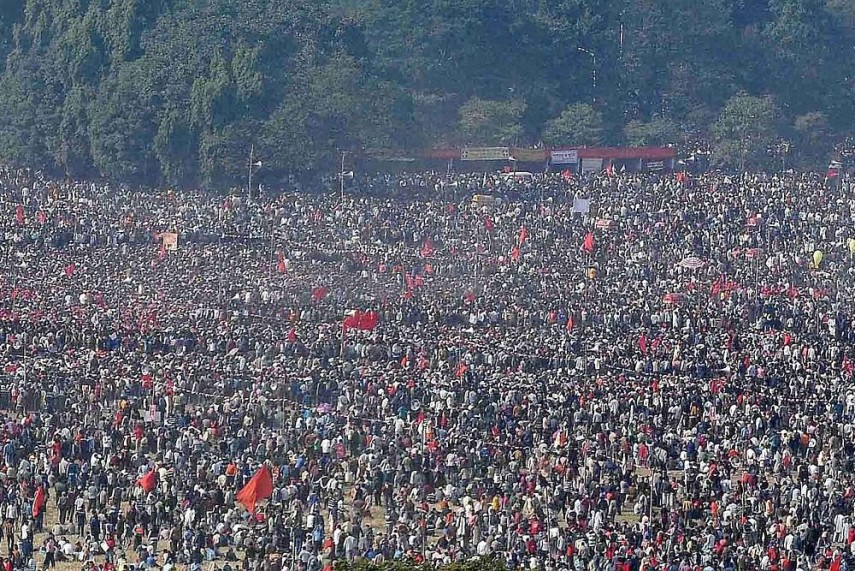 Political communication has a ‘dramatic’ or ‘performative’ aspect, and public spaces are anchors that bring political actors and audience together. Kolkata’s Brigade Parade Ground, with the iconic Shaheed Minar as backdrop, is one such grand venue, as is Delhi’s Ramlila Maidan. The tallest political leaders – from the Left, Right and Centre –  have ‘performed’ here to a thunderous applause. At a more intimate, neighbourhood level, parks and street corners often take the shape of a stage for such performative political communication.

But, how relevant are such forms of communication in the age of social media, when people spend more time on Facebook rather than talk face-to-face?

Today, one can build a movement through WhatsApp, propagate it through Twitter and document it on Instagram. The Arab Spring movement of 2011 was mobilised through smart phones. “But they [angry Egyptians] still needed Tahrir Square” argues Parkinson, just as the angry Chinese students needed a Tiananmen Square in 1989.

Closer home, the Bharatiya Janata Party’s highly effective electoral campaign in 2014 buttresses the point. The BJP fully exploited the potential of social media for political communication. But that did not diminish the importance of ‘chai-pe-charcha’ in community spaces. Cyber space has stepped in to co-exist and complement public space, not to replace it, just as online shopping or shopping malls have not eroded neighbourhood kirana stores.

However, the moot point about public space is how it is constructed and controlled. This brings us back to the Gurgaon episode and its contradictions.

Without any discernible centre or visible urban structure, Gurgaon is a most unusual city – rather a motley collection of privately developed gated enclaves that stretch endlessly along the Delhi-Jaipur highway, separated from each other by old villages. It is a landscape of glaring inequalities between manicured private lawns and messy slums. The concept of public realm has been squeezed out of this privatopia.

For lakhs of those who live outside the gated enclaves of aspirational new India – the rural folks, whose villages have been engulfed by the galloping pace of urbanisation, or the new migrants trying to make ends meet through the informal economy of the millennium city – community life revolves around the leftover spaces between buildings. 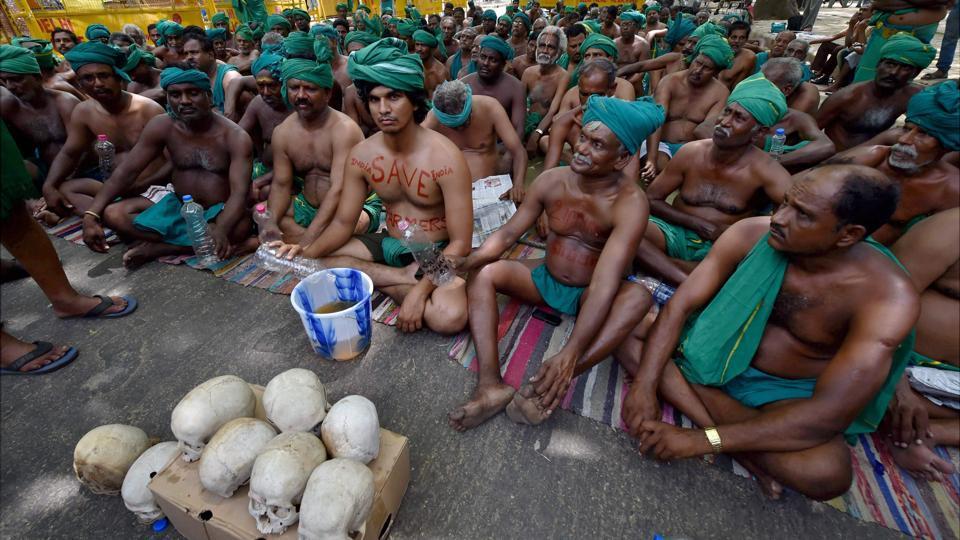 Tamil Nadu farmers during their protest at Jantar Mantar in New Delhi in April. Credit: PTI

Roads and pathways in such amorphous organic settlements are not just for motorists to drive past, but for trading, festivities and occasionally playing cricket. These are vibrant community spaces in the true sense of the term for people to congregate, deliberate and celebrate, as opposed to the sterile homogeneity of ‘people like us’ within the compound walls.

Tensions and conflicts in such in-between areas are, therefore, inevitable, but most of these are usually negotiated and settled within the community. The traditional Indian spirit of accommodation prevails. But, interventions by external vigilante groups to impose majoritarian will and forcibly deny prayer space to other communities weakens the neighbourly space relations, threatening to turn mixed neighbourhoods into urban ghettos.

It is, however, not sufficient to limit the discussion to the civic dysfunctionality of Gurgaon, or even to the motives of vigilante hoodlums to sow social discord at the behest of their political masters, without addressing the bigger issue of changing space relations in Indian cities.

There are two interrelated points here.

First, authoritarian state agencies are attempting to reduce the scope of civic protests in central areas, such as Jantar Mantar in Delhi or College Square in Kolkata. In the garb of public interest (to prevent noise pollution or traffic congestion), the state agencies are trying to dislocate public demonstrations, a lawful civic activity, from the spaces in the heart of cities to places of insignificance – away from the masses they seek to mobilise.

Second, the urban pattern in India in the neo-liberal era is getting more and more fragmented. The urban middle class is moving away from cities to gated communities on the outskirts. The ‘Gurgaon model’ of developer-driven consumerist urbanism is being actively replicated across the country. Devoid of accessible and pluralistic public spaces, this new urban pattern is dividing our cities more and more.

Social Scientist Richard Sennett attributes the gradual shrinking of public realm in neo-liberal cities to the fall of the public ‘man’. Spaces where people engaged as citizens are being replaced by spaces of consumption. Spaces of everyday political discourse are disappearing. Parallelly, there are growing attempts at place-making. The Sabarmati Riverfront in Ahmedabad and the Ganges (Hooghly) Riverfront in Kolkata are two such examples. Token beautification exercises – devoid of linkages with the larger urban fabric of the city – are being showcased as new public spaces.

The very idea of the urban public space as a forum for democratic deliberations, discussions and debates rests on the notion of acceptance of the ‘other’, pluralism, multiculturalism, and the rights of the people over the city. The decline of meaningful public spaces, therefore, weakens opportunities for participatory democracy.