New Delhi: The Delhi Police has registered an FIR against unidentified people in connection with the fire at the Ghazipur landfill site in east Delhi that began a day before, officials said on Wednesday.

The fire broke out on Tuesday night and the case was registered soon after, officials said.

Delhi Fire Services (DFS) teams which have been working to control the fire said that it was reported to them at 9.56 pm on Tuesday, following which fire tenders were rushed to the spot to douse it. It continued to rage till Wednesday afternoon.

“Because the fire is on a landfill where several flammable items have been dumped, it has taken us some time to control it,” a DFS official told the Hindustan Times.

As the landfill fire raged overnight, Delhi’s air quality slipped into the severe zone early on Wednesday and the air quality index (AQI) recorded 401 at 6 am according to Central Pollution Control Board (CPCB) data.

The Aam Aadmi Party demanded a “fair investigation” and has sought “strict action” against the people responsible for it, reported The Hindu. 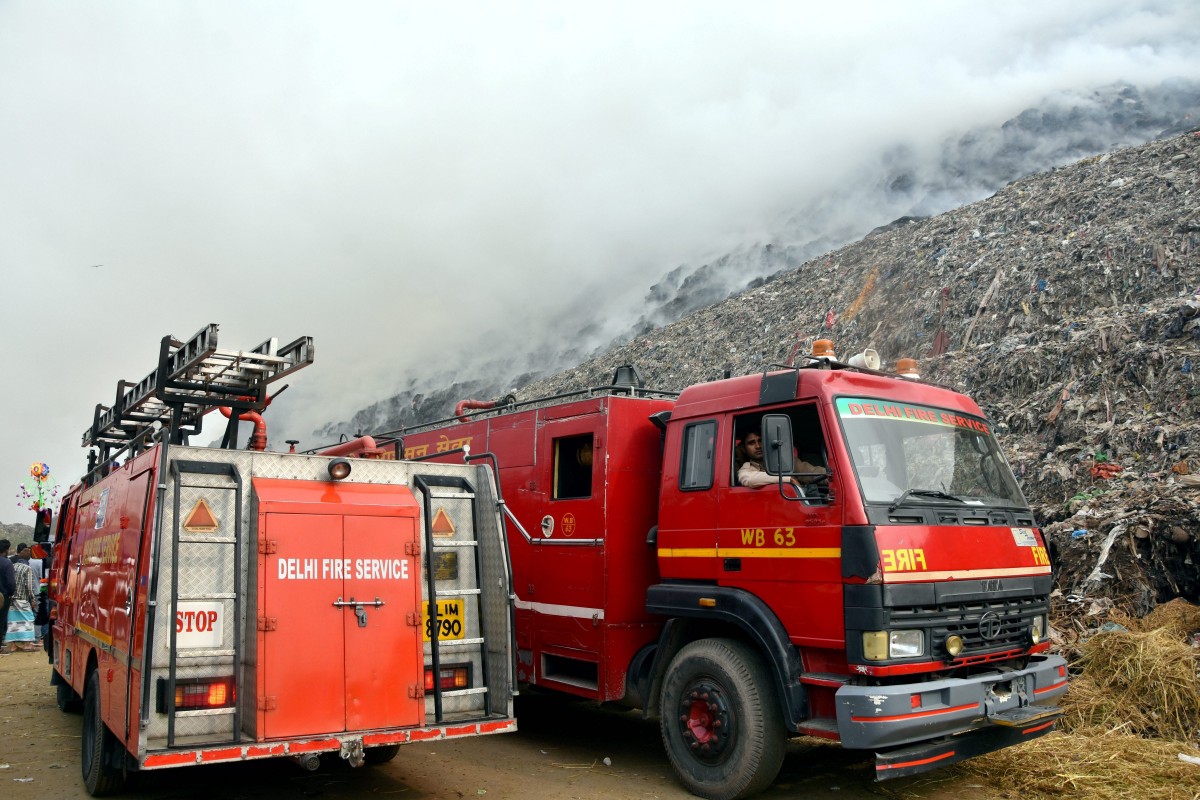 “Due to the fire, people are choking. BJP leaders are playing with the lives of Delhiites by burning the garbage mountain. The garbage fire was not spontaneous… the BJP leaders have planned this. In the last 15 years, the BJP-ruled civic bodies have gifted three huge garbage mountains to Delhi,” AAP’s Durgesh Pathak said.

Also read: From Fire Safety to Urban Planning, Indian Regulations Are Not Working

AAP chief spokesperson Saurabh Bharadwaj also alleged corruption on the part of the BJP. “BJP-ruled South civic body could not build the Poornima Sethi Super Specialty Hospital even after 10 years but paid Rs 4.72 crore more than the fixed cost to contractors,” Bharadwaj said and added that no penalty was imposed on the contractor despite the delay in construction. “However, the contractor was paid over Rs 35 crore instead of the fixed ₹30.96 crore,” he told The Hindu.

A senior police officer, however, said that a complaint had been filed by BJP councillor from Dallupura, Rajiv Kumar, against a political party, adding that its role is being investigated.

An FIR has been registered under relevant sections against unidentified people, the police officer said.