Once a Byword for Elegance, Mumbai's 150-Year-Old Esplanade Mansion is Close to Demolition

Where famous guests stayed at one time, cats now roam about in the dank and dusty corridors of this historical building

The hotel's design is unique and it remains one of the few structures built with a cast-iron frame. Photo: The Wire

Mumbai: It stands tall – built on a corner of Mumbai’s art district of Kala Ghoda, it was a proud monument to Victorian engineering and construction. Its present decrepit status, with balconies falling, windows shuttered and wrecked interiors hides the fact that it was one of the most elegant hotels in India, perhaps in Asia.

What is to become of the 150-year-old Esplanade Mansion now? Will it be demolished or restored?

Built in the 1860s, amidst a construction boom in then Bombay following the demolition of the walls of the old Fort, the swaying structure had opened its doors as the “Watson’s Esplanade Hotel”.

At that time, land was being released and projects were being fuelled by the earnings from the cotton boom, which in turn was amped by steady exports to the US. As a result, handsome buildings began coming up, including the massive Gothic piles that dot south Mumbai today. 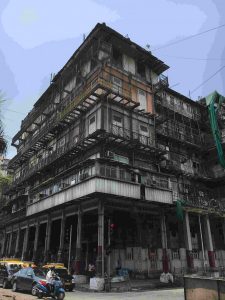 The Esplanade Mansion had a structure which was rare even for the 19th century. Photo: The Wire

The hotel was designed by a British engineer named Rowland Mason Ordish. The building’s cast-iron frame, a rare design even in the 19th century, was painstakingly put together with raw material shipped from England and eventually assembled in Bombay.

Also read: So Long, and Thank You for the Music

The hotel was open only to Europeans. It came to be known for its massive ballroom, its large guest rooms, its restaurant and its service. Legend has it that Jamsetji Tata was so incensed at having been turned away from a restaurant at the hotel, that he swore to built his own hotel, which he did, calling it the “Taj Mahal.”

Author Mark Twain, who stayed at the Esplanade in the 19th century, wrote of his experiences of being served by a retinue of people. Other famous guests reportedly include the explorer Richard Burton and the writer Joseph Conrad, though no records exist of their visits.

It was here that the first ever moving pictures were screened in the city, by an assistant of the Brothers Lumiere.

Nothing of that luxury remains now. At some stage, the rooms were carved up into smaller spaces and rented out to various people – mainly lawyers, who found the quarters conveniently close to the courts. Nothing remains of the ballroom which now looks out to the skies and is thus full of rubbish thrown down from the upper floors. Cats roam about freely in the corridors. The building now has a dank and musty smell about it, though the wide staircases give an indication of what must have been, Last year in July, a portion of a balcony collapsed, crushing a taxi on the street, and talk of bringing it down was revived again.

While the tenants tussled with the civic authorities, which had declared the structure dangerous, the matter went to court. On April 3, the Bombay high court directed all occupants of the building to vacate the premises by May 15. Soon after, the tenants approached the Supreme Court seeking interim relief, stating that instead of asking them to vacate the entire premises, the Maharashtra Housing and Area Development Authority could first submit a phase-wise plan for the space. But the apex court granted no relief other than a small extension for residents to pack their belongings and leave. 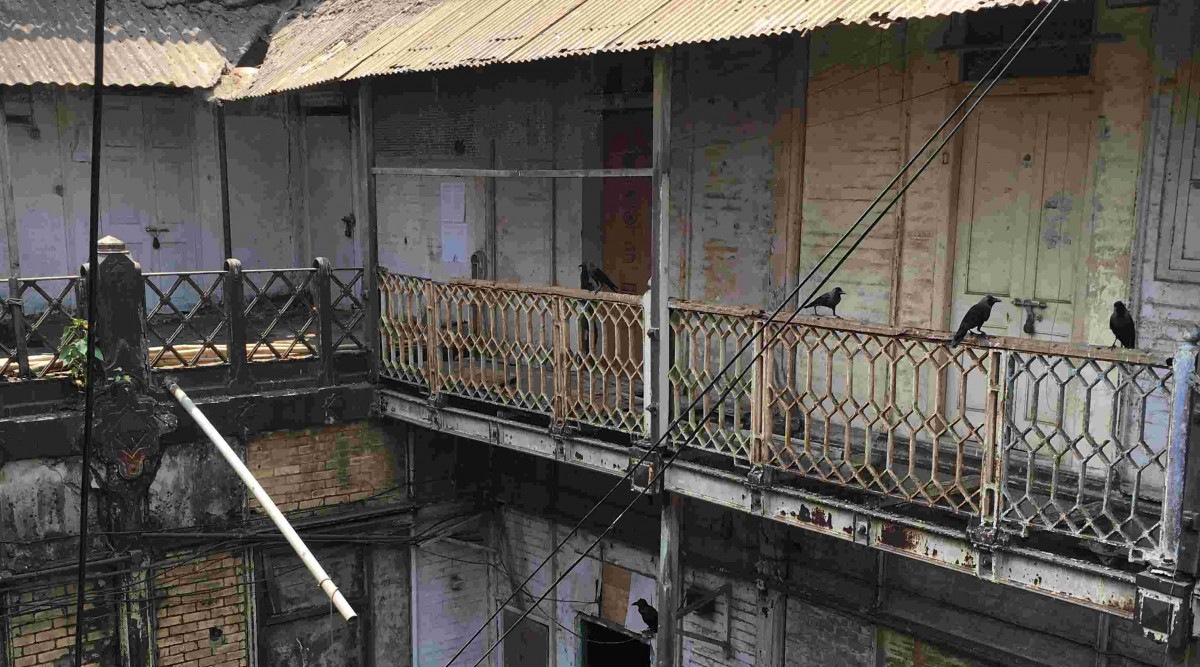 The hotel’s rooms have been carved up into smaller spaces and rented out to various people. Photo: The Wire

On May 30, the last of the 100 commercial and 56 residential tenants left. The building has now been sealed off, pending a final decision by the high court, while tenants hope for a resolution.

Among the last to leave was the building’s resident security guard, 65-year-old Abbas Hussain. Hussain tells The Wire that he moved into the building around 12 years ago with his wife and daughter. “Now, with the decision, I have lost both my residence and my job in one blow,” Hussain he says.

The building could theoretically be restored, but the question lingers as to how much will it cost and who will foot the bill. The structure has a Grade II heritage listing and is part of the precinct declared a Heritage Zine by UNESCO, so it is clear that it should be saved. Yet the government has been reluctant to spend money. 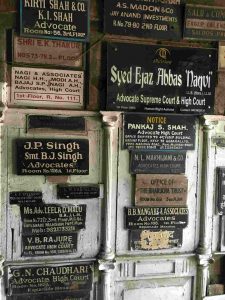 The Esplanade Mansion had as many as 156 tenants until recently. Photo: The Wire

The building’s owner, Sadiq Ali Mohamed Ali Noorani, says he cannot afford it either. In his petitions before the Bombay high court, Noorani pointed out that for all these years, he was being paid “insufficient rent” which was not enough to maintain the heritage structure. Part of the problem arises from the fact that most tenancies in the area fall under the Rent Control Act which has frozen rents to the amount paid till the 1960s and even earlier.

Mustansir Dalvi, an architect and a professor at the JJ School of Arts says this has been the fate of almost every “cess building” in the city. “Buildings are left behind to become fossils over many decades. The rent is fixed at such a low price that the landlord is robbed to a point that he cannot contribute to the upkeep of the building,” he says.

Dalvi further points out that the hotel is one of the most important structures in the city. “Its conservation, therefore, must be looked at with additional respect. It is not just a building handed over to tenants under the Rent Act,” he says.

Indeed, if Esplanade Mansion is indeed so unique, why was it given a Grade II A classification as a heritage structure?

Dalvi says this can happen if a building has multiple owners and occupants living inside the structure. “When you have people living inside, it is difficult to apply those stringent conservation standards. But now, as the occupants have been moved out, the state body can make sincere attempts to upgrade the structure from Grade II A to Grade I. This way the building’s restoration work can be done upholding greater heritage standards,” he says. 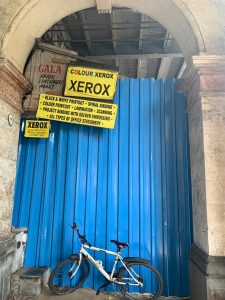 The MHADA had put the building in the most dangerous list in as early as 2010. Photo: The Wire

Too dangerous to live in?

The MHADA had put the building in the “most dangerous” list in as early as 2010. However, tenants still continued to live here “at their own risk”, their lawyer Ashok Sarogi – himself a tenant – had said in court. The unit owners and tenants have consistently argued that the building is “reparable” and the state should take responsibility of such a project. In court, Sarogi had also argued that the MHADA had collected nearly Rs 3 crores as cess tax from the building and should utilise that money to repair it.

Most tenants of the building, like its former security guard Hussain, either belong to the working class or own small businesses. On condition of anonymity one of them tells The Wire that the MHADA’s collected cess tax was never put to use. “It is not as if we did not look after the building. Looking after a heritage structure takes a lot more than taking care of a normal building. The state government, which had played no role in the upkeep of the building, has now removed us from it,” he says.

A senior MHADA official who The Wire spoke to attributed the derelict condition of the building to “the non- availability of the cast iron used in its construction”. The officials says, “There were several deliberations done to restore Esplanade Mansion since it is a world-class monument. We await the Bombay high court’s orders now,” the official said.

During earlier hearings of the petition moved by the tenants, MHADA had shown interest in restoring the structure. It was, in fact, supposed to submit its plan to carry out repairs to the building. However, just last month, after IIT Bombay submitted a structural stability report which recommended that the building be demolished, MHADA told the court that it has accepted the recommendations made in the report and sought the court’s permission to demolish the building instead.

As an architect, Dalvi is still optimistic of the building’s potential for conservation. “MHADA could perhaps appoint the best of its architects who can figure out ways to ensure that the unique building is preserved,” he says.