How Feasible Are Visions of Congress and BJP for India's Urbanisation?

While the Congress manifesto looks at urbanisation more holistically, the BJP has focused only on certain sections of the process. 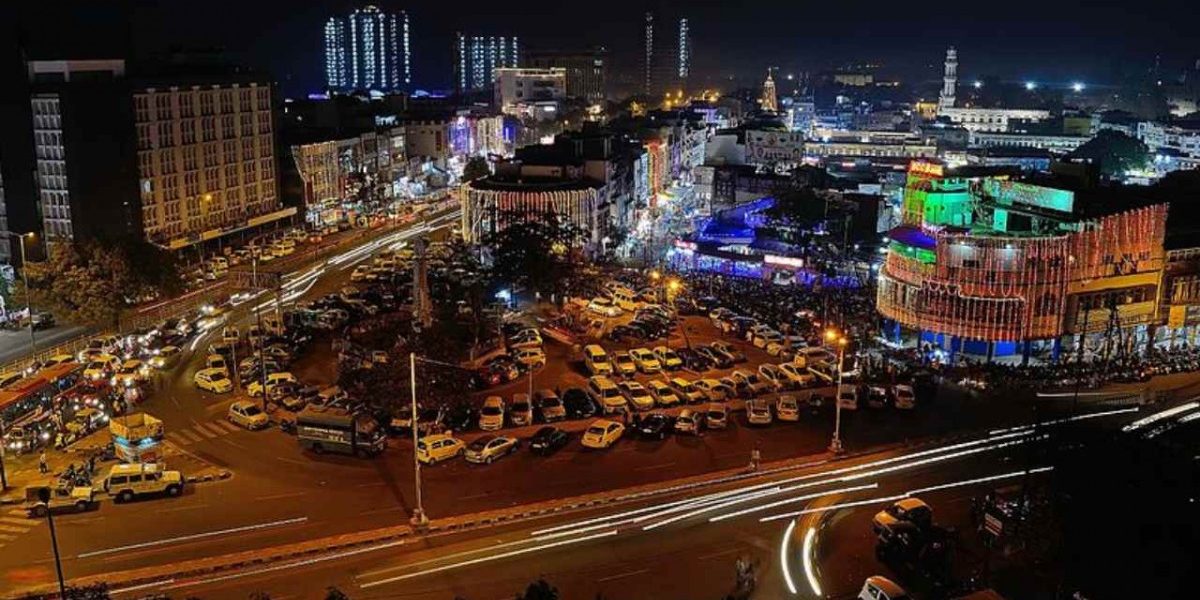 We must aim at creating a shared city, one which is competitive, vibrant and resilient to internal and external shocks. Credit: Reuters

The Indian city has quickly emerged as the most visible theatre for class dialogue, resistance and contestations. In an election fought on grandiose statements and big ideas, our increasing urbanity has found much prominence in the manifestos of both the Congress and BJP for the upcoming Lok Sabha elections.

This article is an attempt to provide an urban planner’s perspective on the feasibility of the two parties’ vision for urbanisation.

The first promise of the Congress is to formulate a comprehensive policy on urbanisation to address issues concerning towns and cities. The public domain is littered with studies which are yet to be implemented. The 1988 Report of the National Commission on Urbanisation is one such prominent document which calls for a nationally coordinated strategy for planned cities.

Subsequently, numerous other committees have produced similar reports focusing on planned and controlled urbanisation for a sustainable future. Given the huge challenge that rural-urban migration represents, a focus on the reduction of regional disparities would seem to be a better starting point for any discussion on urban development.

Congress further promises to support state governments to build new towns and cities as well as satellite towns. However, the question is whether we need to build new towns or manage the ones that already exist. We must focus on developing Tier 3 and Tier 4 cities to control mass migration to megacities and aim at building a more regional balance. Creating satellite cities can also be a good initiative to decongest existing megacities.

The third promise of the Congress is by far the most innovative and radical one. The party has said it will introduce a new model of mayor-run urban local bodies if voted to power. This idea seems to be adopted from the mayor-administered cities model followed in Western countries using which several cities in South America have demonstrated highly successful transformations.

This process creates a powerful, visible local office, and has birthed national leaders like Antanas Mockus in Colombia. However, I am unsure if it must be adopted uniformly across states. It will be worthwhile to first test the model in a few states before mass adoption across the country, and Kerala could be a good starting point where provisions of the 73rd and 74th constitutional amendment have been reasonably well explored through local self-governance.

The Congress further promises that it will enforce the 74th amendment to the constitution and ensure the devolution of powers, functions and funds to the municipalities and corporations. Every five years, we hear the same narrative but little action on the ground. It is extremely important for urban local bodies to have more financial control for day-to-day functioning and delivery of urban services.

The Congress also promises the Right to Housing for the urban poor, protection from arbitrary eviction and the building of night shelters. It is an outstanding idea but there is absolute silence on how exactly they will exercise this right to housing. Similarly, having night shelters does not resolve the issue of homelessness. This requires a comprehensive and focused action involving livelihood programmes, rental housing projects, creating an affordable housing stock along with a good public transportation system. 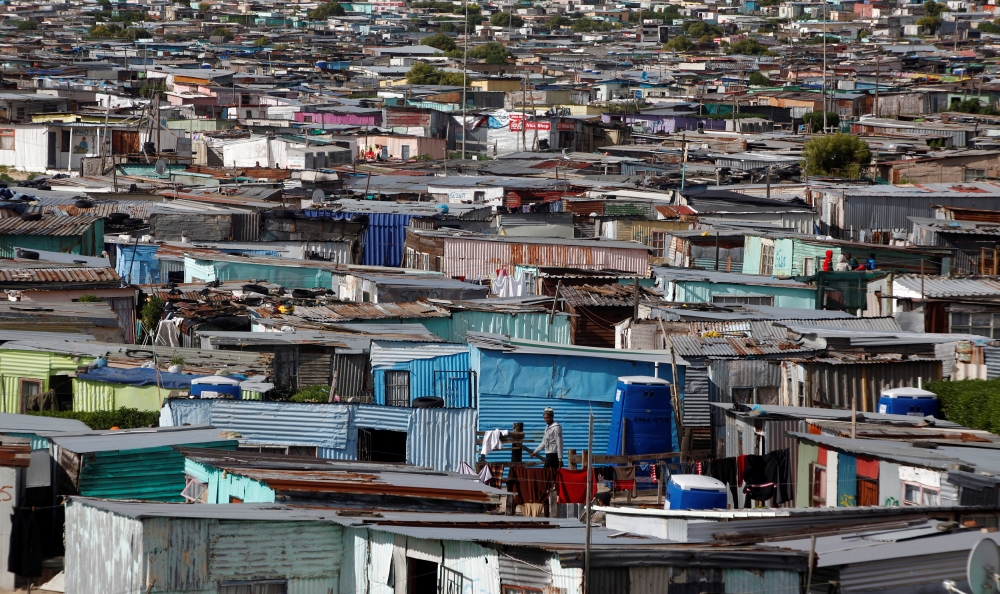 The Congress had promised the Right to Housing for the urban poor, protection from arbitrary eviction and the building of night shelters. Credit: Reuters

The seventh and last point of the Congress targets slum dwellers by promising to launch a ‘Slum Upgradation and Transformation Scheme’ and transform slum clusters by replacing huts and kuchha dwellings with proper houses, roads and other public facilities.

The promise although commendable in thought is drafted loosely – does the Congress mean in-situ rehabilitation of slum dwellers? There is a reasonable consensus among urban housing experts that in-situ upgradation of tenable slum clusters is the only way to address the mass housing shortage in the EWS (economically weaker section) housing category in Indian megacities.

Since the manifesto mentions replacing huts and kuccha dwellers, it should be coupled with providing security of tenure for people living in slums, which has its own challenges. The sheer exercise of determining eligibility is quite complicated and needs sustained rigour on the part of the implementing agencies.

The BJP promises that through the development of infrastructure and connectivity, it will ensure further development of suburban townships and new urban centres. BJP’s idea of urban development must focus on re-densification and compact growth, instead of solely paying attention to promoting peri-urbanisation. We must first aim at saturating our existing spaces before promoting greenfield investments.

The BJP also promises to set up five regional centres of excellence on urban issues to provide support to states and local bodies on issues of urban governance and growth. This is an extremely welcome move. More research, new urban observatories and data-driven cities are the way of the future.

The third promise of the party focuses on urban mobility by launching a National Urban Mobility Mission to provide technology-based urban mobility solutions to all urban local bodies, and increase the use of public transport, enhance walkability and cycle use. This again is a desirable move and sounds terrific, however, there is nothing new or innovative that is being proposed here.

Also read: What the Last Five Years of Urban Policies Reveal About Our Cities

The way governments have been approving road widening and flyover projects in the past ten years, it seems that the focus is completely on car-driven cities instead of the tall claims of walkability. The other focus area of late has been air transport and high-speed rail, both of which cater to the elite and not to the masses, thus the big question that arises here is: urban mobility for whom? 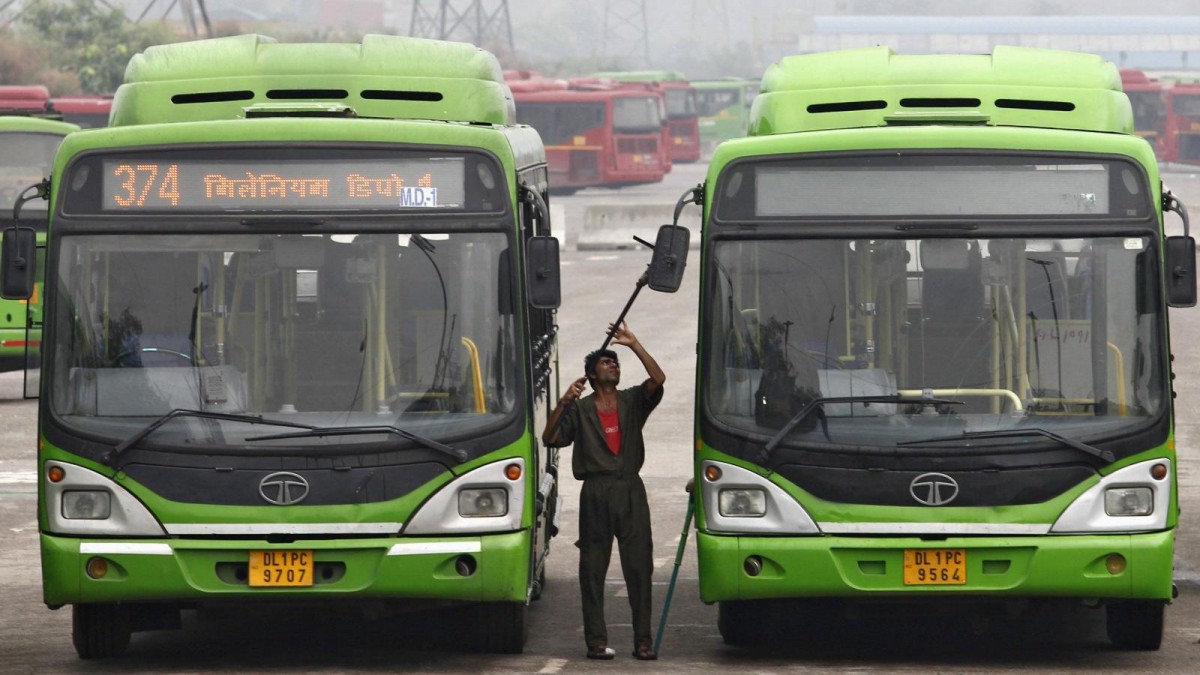 Urban mobility for whom? Credit: Reuters

The BJP finally promises that in the next five years, it will ensure that 50 cities are covered with a strong metro network. The number seems absurd at the moment. Are there 50 cities in India that can justify a metro which can ensure a satisfactory ridership to maintain operation and maintenance costs? At best, the metro could be made operational in another 20-25 cities. It would have been better to roll out flexible public transport tailored to suit the individual needs of the city in concern.

Overall, the Congress manifesto appears stronger and looks at urbanisation more holistically while the BJP has focused only on certain sections of the urbanisation process. By placing urban development under the infrastructure head, BJP has clearly indicated that their approach to urbanism is solely through hardware and technology components, which has time and again proved to be a failure.

Also read: When it Comes to Urban Planning, India Suffers From a Poverty of Imagination

Slums, which are a major reality of Indian cities do not feature in the BJP manifesto and there is no vision on how to create safer and liveable cities for all. Similarly, the BJP has not indicated the future of Smart Cities Mission, Amrut or HRIDAY schemes, which are all offshoots of JNNURM and UIDSSMT programme of the previous government. In some way, they have killed the momentum gathered for creating long-term infrastructure in urban areas and focused on piecemeal IT-based solutions.

Each of these strategies being clearly guided by a value standpoint with targeted attention on the inclusion of the most marginalised within the society, something which both the dominant parties can incorporate in their vision for cities.

We must aim at creating a shared city, one which is competitive, vibrant and resilient to internal and external shocks.

Aditya Ajith is an Urban Planner graduating from School of Planning and Architecture, New Delhi and Erasmus University, Rotterdam, The Netherlands and works as a Fellow, Chief Minister’s Urban Leaders Fellowship, Government of Delhi. Views are personal.