The coming together of five different transport systems will involve the movement of large numbers of commuters passing through this hub, with an average footfall of over 3.5 lakh by 2031.

Following the development of the high-speed rail link on the Mumbai-Ahmedabad corridor, the National High Speed Rail Corporation Limited has now been entrusted to plan and execute the second bullet train project which will connect Delhi to Varanasi in 2.5 hours. It is proposed that the starting point will be at Sarai Kale Khan. With this, the multi-modal transport hub at Sarai Kale Khan is set to become substantially larger than what was proposed two years ago when the Delhi-Alwar rapid transit system was first announced.

In terms of connection to long distance destinations, the Hazrat Nizamuddin railway station is already the third largest railway station in the city, with major railway lines connecting to cities in the south, which include Bengaluru, Chennai, Madgaon, Mumbai, Secunderabad and Thiruvananthapuram. The Inter State Bus Terminal (ISBT) offers bus services to different parts of Haryana and Rajasthan.

The Delhi Metro has been steadily expanding its network across the city, and with the pink line passing through Hazrat Nizamuddin, it will connect across the river to Mayur Vihar. The under construction first phase of the Delhi-Alwar regional rapid transit system will provide an effective connection from Sarai Kale Khan to the Delhi airport in 15 minutes and onwards to Gurgaon in another 15 minutes. The proposed Dehi-Varanasi bullet train travelling along a high-speed rail corridor will have a length of about 800 km and will connect the national capital with major cities in Uttar Pradesh such as Mathura, Agra, Etawah, Lucknow, Raebareli, Prayagraj, Bhadohi, Varanasi and Ayodhya.

It will provide travel to Varanasi in 2.5 hours, and will also connect with the proposed Jewar International Airport. It is estimated that the project will be completed within a time frame of five years. The exact location of the bullet train station at Sarai Kale Khan is currently being worked out. Indian Railways is working towards upgrading the entire complex with higher passenger holding capacity and better facilities. 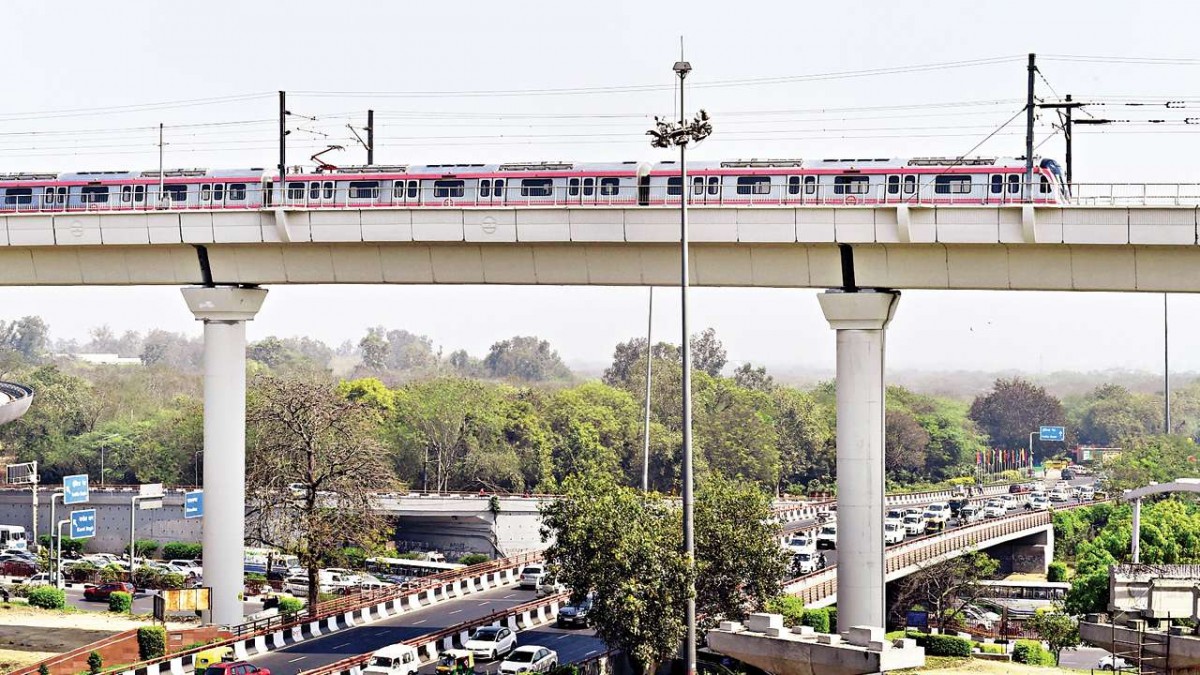 A major challenge – integrated system of the movement of passengers

It is interesting to note that the individual authorities responsible for each of the transit systems have systematically worked out the details of functioning within each transport node, but are oblivious of the scale of problems that will arise outside, as commuters move from one transport node to another. The coming together of five different transport systems will involve the movement of large numbers of commuters passing through this hub as they connect to different parts of the city, to several adjoining towns, as well as to major cities across the country. By the year 2031, it is anticipated that the average footfall at the interchange will be more than 3.5 lakh.

It would have been better if these five different transport systems had been integrated to ensure seamless interchange between each other, but this has not been possible as each of them has been developed separately over the years. The Hazrat Nizamuddin railway station was the first unit that was developed many years ago, on the existing railway line that extended from Delhi to Mathura and beyond. It was expanded as a terminal in order to relieve the pressure on the Old Delhi and New Delhi stations. 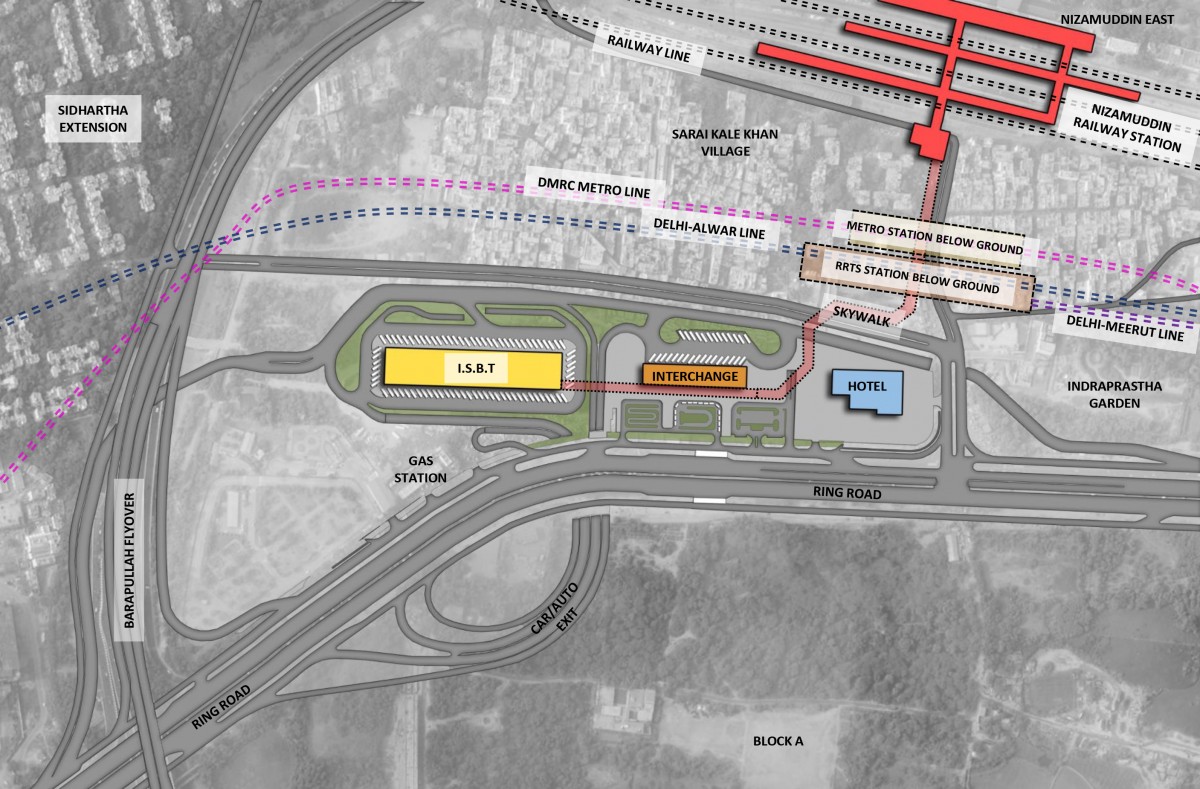 The ISBT came up some years later on the other side of Sarai Kale Khan village on the Outer Ring Road. Although it was quite clear that there would be a large number of passengers carrying or pulling luggage as they moved between the two facilities, no attempt was made to plan for ease of movement as commuters walked down the central village road, and then entered the railway station, where depending on the platform they had to reach, and it was also necessary to negotiate flights of stairs on the overbridge.

The Hazrat Nizamuddin underground metro station which opened a couple of years ago has further improved connectivity, and made it easier for residents from several parts of the city to get to the railway station and the bus terminal. This has also considerably increased the number of commuters that come together at this point.

The first phase of the rapid rail transit connections starting from Sarai Kale Khan is currently under implementation and is expected to become functional within the next few years. This will provide rapid connectivity within 15 minutes to the Aerocity airport terminal, and in another 15 minutes to Rajiv Chowk in Gurgaon. It will also link Delhi-Gurgaon, Delhi–Alwar, Delhi-Meerut, and Delhi-Panipat by separate trains. The station located close to Ring Road will have an underground connection to the Hazrat Nizamuddin metro station.

For the proper functioning and integrated development of this large transport hub it is important that a safe and integrated system of the movement of passengers connecting all the different nodes be implemented within this major communication hub. Movement from the bus terminal to the furthest platform of Hazrat Nizamuddin railway station will require passengers to walk over a distance of over 250 metres. Careful planning of both internal and external passages will need to be worked out to ensure that different movement routes do not cross in order to avoid confusion and chaos.

In addition, it will be necessary to plan for the movement of traffic around the entire complex, along with the proper location of convenient drop-off points for cars, rickshaws, light motor vehicles etc. to station entrances.

As part of the redevelopment of the ISBT, it is proposed that a road diversion and subway will be implemented to connect the traffic directly from across the Ring Road, but there is no connectivity planned as such to go past Sarai Khan village and across the railway line to the front of the Nizamuddin railway station. An underground passage with travelators would be good to provide safe connection between the different transport systems. 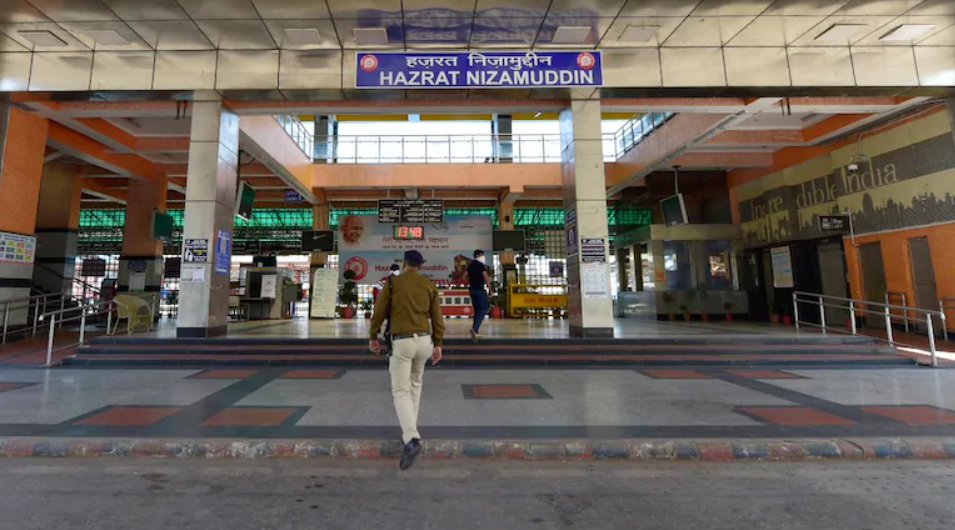 A detailed traffic planning exercise needs to be carried out for the large surrounding area around the hub in order to ensure that all forms of traffic are properly coordinated, and moves smoothly in all directions without obstruction. This is not a simple exercise, and is likely to call for a sophisticated solution as it would involve the need to ensure that traffic on the Outer Ring Road (a major traffic artery) is not obstructed, as well as to plan for traffic connections to the areas across the river, as well as connecting to the areas across the railway line to the Nizamuddin village and beyond.

For the detailed planning of traffic and effective linkage to all the different transit stations, active involvement of traffic planners and urban designers is absolutely essential.

As per earlier plans, it was recognised that pedestrian movement in the complex would need to be separated from vehicular traffic. As such it was proposed that there would be a skywalk with travelators connecting the regional rapid transit station to the metro station and lead directly to the footover bridge at the Hazrat Nizamuddin railway station.

This has not been implemented till date and the situation has become much more complicated with the proposed development of the rapid rail transport system and the bullet train which will lead to a substantial increase in the number of passengers at this mega transit hub. It is difficult to understand how the concerned authorities have not addressed the basic need for the safe movement and security of such a large number of commuters as they move between different transport systems.

Other than the ISBT, several authorities involved in the development of the city’s largest multi-modal transport hub have not appointed any urban designers, architects or traffic planners to seek proper professional advice to work out an integrated system for handling the movement of passengers and vehicles connecting to the different terminals. The government is anxious to implement the latest rapid transit movement systems, but fail to realise the consequences that may result in the adjoining areas due to lack of proper planning.

At the 66th convocation address to students of IIT-Kharagpur a few days ago, Prime Minister Narendra Modi stressed the need to anticipate tomorrow’s problems and come up with indigenous solutions today. He drew attention to the need for an improved ecosystem for start-ups, and the corporate and administrative process. He suggested that the Indian Institutes of Technology become Indigenous Institutes of Technology that concentrate on research and the development of homegrown solutions for the various complex problems that the country is currently faced with.

Urban development issues are some of the major concerns of growth that call for efficient innovative solutions but have so far received little attention. The prime minister’s observations stand in sharp contrast to the reality of how major projects like the Sarai Khan Mega Transit Hub are being implemented without the involvement of professionals.

There is no shortage of qualified architects, town planners, urban designers, traffic planners, landscape architects, demographers, etc. available in the country. Despite this, government organisations like NITI Aayog, DDA, CPWD, NBCC and others, do not involve them in development projects. These same organisations however, do not hesitate to invite professionals from abroad to design and implement major projects.

It would be good if the prime minister could take note of this serious situation and suggest corrective action. Left to the choice of our administrators and IAS officials, they would prefer to ensure that the current situation be left unchanged. It is unfortunate that multiple agencies responsible for urban development across the country fail to address civic problems on a systematic and comprehensive basis. They wait for conditions of chaos to actually happen, and then ad hoc solutions are worked out on an arbitrary basis.

This process of addressing major urban development projects in fragments instead of a consolidated holistic basis has become an established system which seems to yield maximum benefit to all involved. If such situations are not corrected, there is no possibility of successful indigenous research, and the development of innovative solutions in the area of urban development.