A city cannot be built. It must, instead, be allowed to grow. 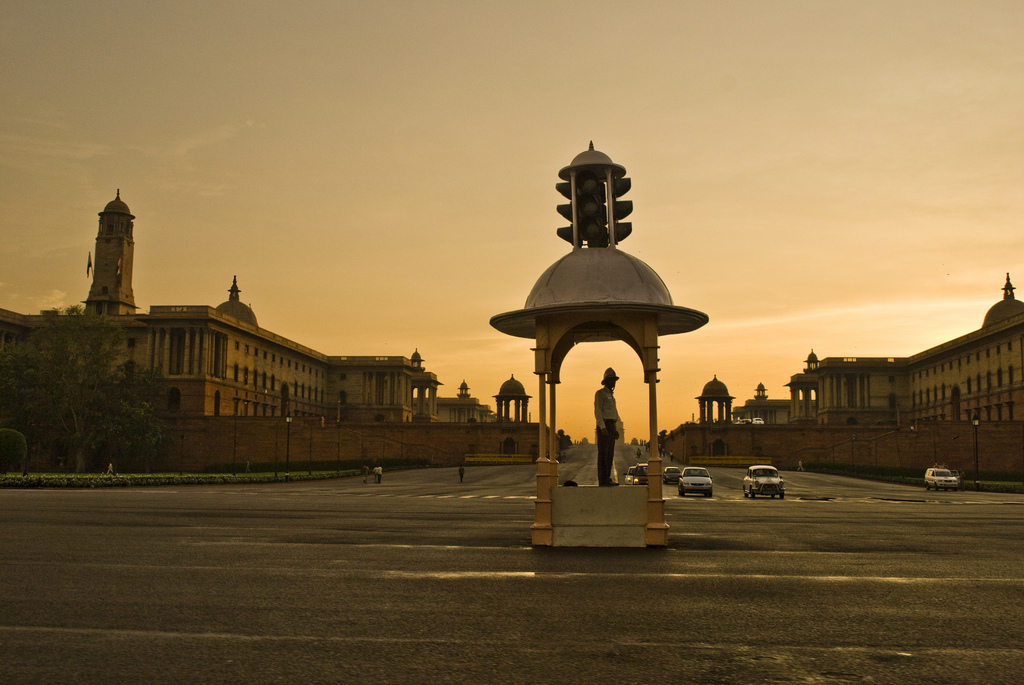 Vijay Chowk with North and South Block in the backdrop. Photo: Wikimedia Commons

Diversion as the lynchpin of state policy seems to have become the unique strategy adopted by the present dispensation. A new spectacle is created on a daily basis and in case a day passes without a new tamasha that would draw in the matinee crowds there is the promise of a spectacle to beat all the earlier spectacles.

Hardeep Singh Puri, Minister of Civil Aviation, Housing and Urban Affairs, recently made an announcement about a large scale construction project. If what he has suggested is to come about, this will be the biggest spectacle that Delhi will have ever seen.

It has been suggested by Puri that the proposal will be completed in about four and a half years. If the proposal does fructify, New Delhi, or at least the part identified as the political centre of New Delhi, will wear a new look by 2024.

The honourable minister left no one in any doubt as to the significance of the date, when he said that the next Lok Sabha might meet in a new Sansad Bhawan. The year 2024 also happens to be the year when the PM starts growing up to meet his 75th birthday on September 17.

The ‘New Look’ of New Delhi will be achieved through demolishing, expanding, rebuilding and retrofitting the structures along Rajpath.

Which buildings will be demolished, which will be expanded, which of them will be rebuilt and which ones of them will be retrofitted is not clear. Everyday new clauses and sub-clauses are being added to the original announcement. The way things are going, the number of amendments made to this scheme may soon catch up with the number of changes brought about in the GST rules.

Let us try to see the essential constituents of the scheme. The one thing in the proposal that clearly outshines everything else in its pig-headedness is the suggestion that instead of the various ministries being scattered all over the place, there should be one central place from where all ministries would function. At a conservative estimate as many as 70,000 people would work out of one central secretariat. 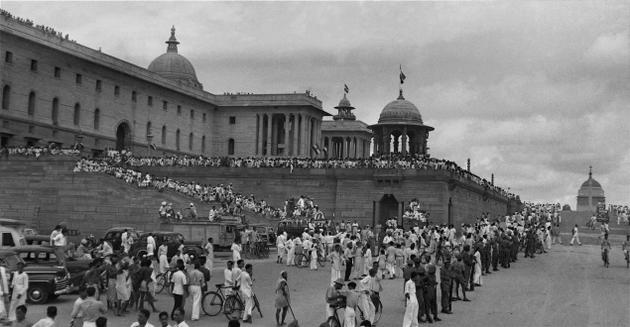 At present offices of many ministries are scattered on either side of the Central Vista and on other radial roads and still movement becomes impossible after 5 pm.

Can you imagine the traffic chaos when 70,000 people leave work simultaneously from across the Central Vista? And what will become of the only open place in New Delhi, where people come to spend time with their families?

Aside from further confounding the confusion, this is a patently undemocratic step and is part of the process of over centralisation, where every scheme is announced, launched, inaugurated and dedicated to the nation by the prime minister.

The other highlights of the plan are as hare-brained as the idea of getting all the babus under one roof.

With reference to the Parliament House the honourable minister has made two observations, one that the Parliament building has become very old and two that it does not have space for all MPs to have their offices. Let us look a little closely at these two justifications for retrofitting/expanding/demolishing/rebuilding the parliament building.

The Parliament building, then known as the House of Parliament that housed the Imperial Legislative Assembly was inaugurated on January 18, 1927, by the then Viceroy of India, Lord Irwin. So, in fact, the Sansad Bhawan of today was completed barely 92 years ago.

So how is our parliament building old? I wonder which institute of learning is responsible for teaching languages to the worthies who preside over the destiny of 132 million people from that little hillock called Raisina? 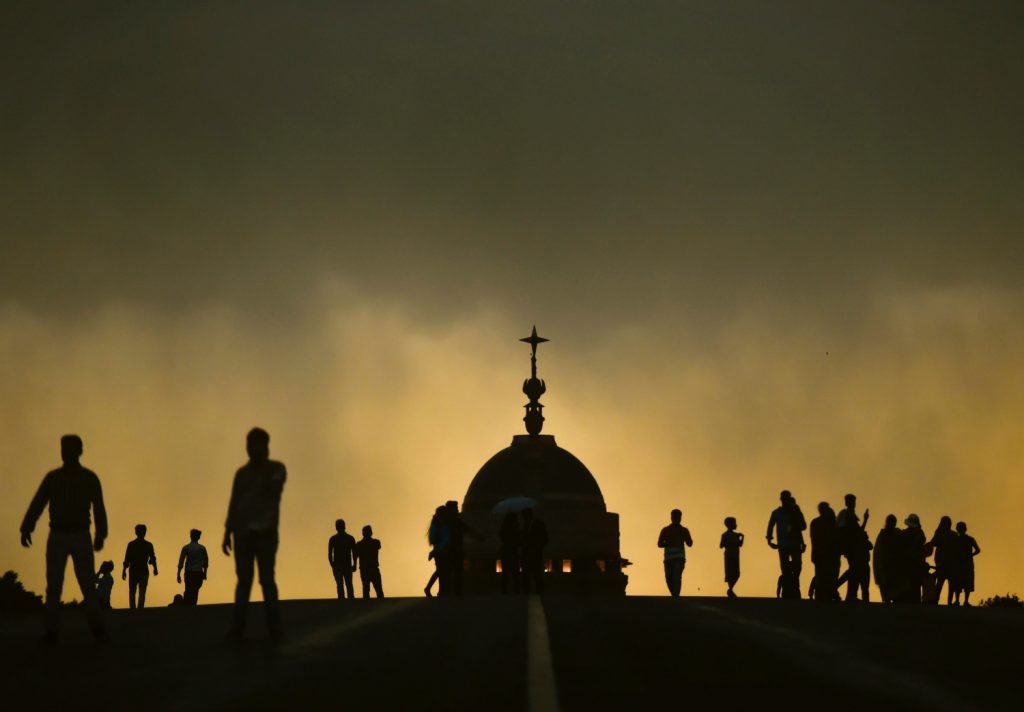 As for individual workspaces for MPs, the MPs have their bungalows, their offices and their staff who work out of their residences, their party offices and if they happen to be ministers, then they have another office in the ministry. Those MPs who do not have ministerial responsibilities are supposed to be in Delhi only when the parliament is in session. Rest of the time they should be in their constituencies, working to solve the problems of those hapless voters who have sent them to parliament for that purpose.

The disjointed bits of information that have come through on the proposal seem to suggest that the entire three-kilometre long stretch from Rashtrapati Bhawan to India Gate is going to undergo a major change, the buildings erected along the Central Vista, on either side of what used to be the King’s Way, and was renamed Rajpath, will all but disappear, to be replaced with multi- storey structures, one does not know if it is going to be one huge multi-storey block or two flanking the Rajpath, fashioned with concrete, metal sheets and glass or will it reflect what has been described as the ‘Indian ethos’.

The kind of imaginary structures that one has seen in the blockbuster Bahubali, seem to have inspired the chief minister of a newly formed state. And it is possible that a similar, but grander and more megalomaniacal phantasmagoria might be the actual inspiration behind this ‘vision’ that is every day assuming the shape of a nightmare.

Among all this noise of recasting the Rajpath and creating the New ‘New Delhi’ that would be in sync with the “new aspirations” of the “new rising India” the present day builders forget the one important lessons of history that all those with a ‘vision’ and an itch to build must keep in mind and that lesson is that you cannot build a city.

You may construct huge, impressive, even monumental edifices, but you cannot build a city. A city is an organic thing, it grows and it takes centuries for a settlement to turn into a city.

Seven, or if one includes the Imperial Delhi, then eight capitals were erected in the lands that now comprise Delhi – Lal Kot (Mehrauli), Siri, Tughlaqabad, Jahanpanah, Ferozabad, Deenpanah, Shahjahanabad and New Delhi. Out of these only the first Mehrauli and the seventh, Shahjahanabad, grew into cities, the rest remained mere capitals. They rose and sank with the capital builder. 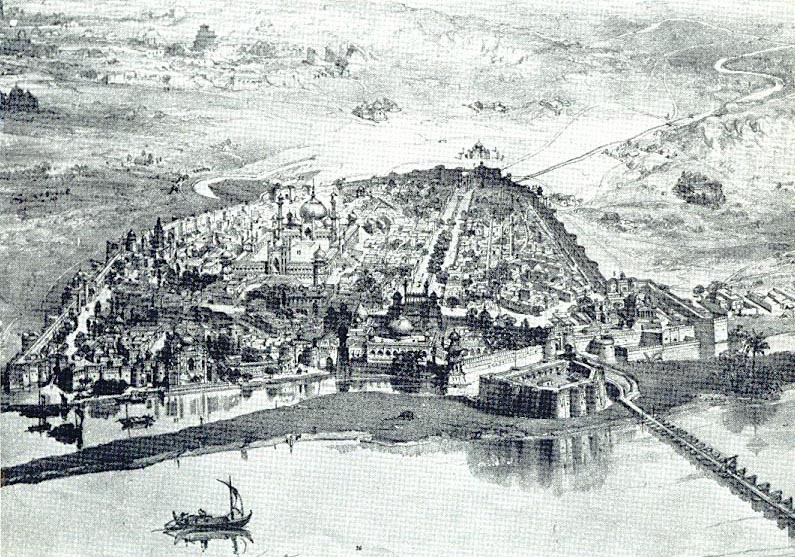 New Delhi was lucky, the rulers of free India chose to use what the British had left behind, and to build and expand on it. The buildings that have given New Delhi her unique skyline will complete 100 years of existence in 2031, if they are allowed to survive.

Only if they are given the time to survive and New Delhi acquires the accoutrements of a city – a working class, her own factories, her own crafts, her own language, her own wholesale markets and her own cuisine, she may also turn into a city if she breaks her elitist character and becomes one with Shahjahanabad (something that the first Prime Minister of India wanted so much to happen), there will then be hope for new Delhi that over the next couple of hundred years it will become a city.

It is all these things that make a city, without these you have a set of buildings, Soulless work stations and nothing else.

If she is not given the time, then New Delhi may never become a city. The present dispensation is hell-bent on destroying anything and everything that has existed before them and when a new dispensation comes, and come it will, the new satraps would have their own vision and so everything will be pulled down again.

Prof Narayani Gupta, writing for the Indian Express, on the new proposals made public by Puri, quotes the then Prime Minister of France, Georges Clemanceau, “who, weary from the war and the long drawn out peace settlement, was on a visit to India” and was shown the under construction vice-regal lodge and the Secretariat buildings and he said, “This will be the finest ruin of them all”.

“History repeats itself, first as a tragedy and then as a farce,” said Karl Marx.