In Light of the COVID-19 Pandemic, the Central Vista Project Should Be Reviewed

The money required to revamp the heritage area could be used to control the pandemic. It also remains to be seen how workplaces will function in the post-COVID world.

Having carefully viewed the presentation of the Central Vista proposals by the architect at various forums, one is left with a sense of disappointment at the lack of understanding of the context for the proposed large scale development. In the new proposal, there is no acknowledgement of the historic precedents of the city of Delhi, or of the surroundings within which it is located. It is planned to completely demolish most of the buildings that flank the length of Rajpath and rebuild a series of repetitive new ministerial office blocks, along with a new Parliament House, a new Prime Minister’s residence, and a new residence for the vice president.

The destruction of these buildings is likely to have a serious negative impact on this major public space in the heart of the city. The development proposals lack any sense of coherent urban design and constitute a massive 100-foot high wall of buildings on both sides, substantially higher than the existing tree line. As all the government offices will have limited access due to security checks, this will end up creating a forbidding fort-like enclosure around the entire Central Vista gardens. No attempt has been made to relate the new buildings to the adjoining existing development.

The total population of Delhi today is over 230 lakhs, 50-55% of which consist of the economically weaker section, amounting to approximately 125 lakhs. It is of interest to consider where and in what conditions this very large section of population live. Most of them live in urban villages, resettlement colonies, unauthorised colonies, or slum settlements scattered all across the Delhi Urban Area (DUA). The size of dwelling units vary but range between 25 to 40 sq metres in area, mostly in four to five-storey walk up structures, with one dwelling unit per floor, each with four to six occupants. Most such settlements are congested, with narrow streets, minimal services, no schools, no health centres and no community halls, or open spaces. It is the people from these areas that throng to the public park of the Central Vista in a search of fresh air and freedom.

Cities, however, are dynamic organisms that keep steadily changing over time. There is no doubt that the current coronavirus pandemic will have a serious impact and may accelerate systemic change. In Delhi, large numbers of migrants and daily wage earners along with their families have already returned to their villages. Whether or not they will return after the lockdown is lifted depends on a variety of factors.

Similarly, whether or not large office structures will still continue to function as before is doubtful. Due to the current restrictions, a number of organisations have allowed office staff to work from home, keeping in touch through conference calls and emails. In many such cases, the new arrangements have turned out to be far more efficient and productive. The saving of time taken to travel to work and back can now be more usefully occupied.

If this is an indication of future trends, we may well need to rethink and restructure the workplaces of the future. Hands-on skills will still be needed to man and control the manufacture of all kinds of articles, but even there, artificial intelligence is beginning to play an important role and changes will happen.

It is good to see that due to the current lockdown, the roads are free of traffic and there is no mad rush as cars, scooters, and motorcyclists chase each other. The great part of abandoning the mad rush is that pollution has come down and air quality has improved. Would we not all lead healthier lives if we were able to maintain such conditions all the time?

Another satisfying development is that with the closing down of all factories and the stopping of the discharge of industrial effluents, the quality of water in the River Yamuna has greatly improved. There still exists the sewage discharge from many unauthorised colonies and slum settlements, but for the first time, it has been realised that if strict action is taken to control and eliminate the flow of industrial and sewage effluents into the river it would bring about enormous change in the lives of people. These are all positive factors that call for an urgent and comprehensive review of urban issues. It is time to ponder and reconsider our choices for the future. 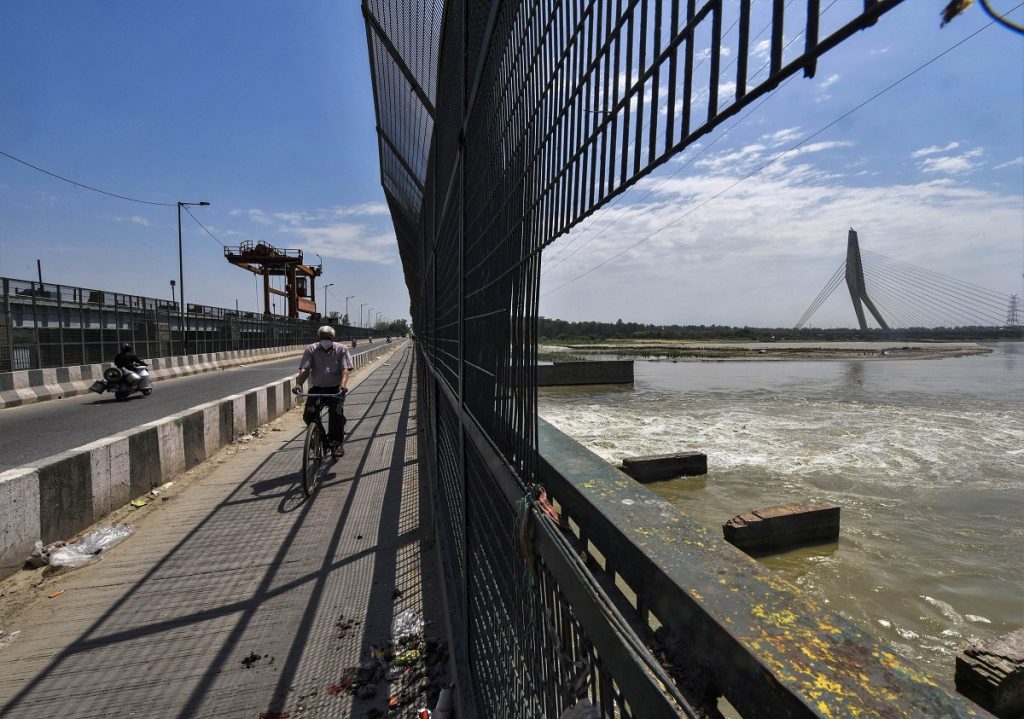 In such a changing environment, our politicians, administrators, planners, and decision-makers need to sit back and reflect on the nature of proposed urban development, and its likely impact. For a government that is committed to promoting the welfare of the weaker section of society, would it not be wiser to divert the Rs 20,000 crore allocated to the proposed Central Vista development to control the COVID-19 pandemic? Is there a need to demolish serviceable structures and create new secretariat buildings, which may in any case not really be needed in the changed future?

In the light of the above, the proposed Central Vista development, including the new Parliament building, and the new residences for the Prime Minister and the Vice President need to be carefully reviewed, and a new set of development priorities considered. If the entire area of the Central Vista and the full stretch of space extending up to India Gate, including the area of the Hexagon, were to be re-planned and re-landscaped as a continuous unrestricted public park, it would be a major contribution to the lives of the people in the nation’s capital.

What would the implementation of such a proposal involve? Basically it would call for a renewed approach to urban planning. So far, large scale landscaping of public parks has not figured in the development of our cities but the need is certainly there. Some of the important steps that need to be taken in the improvement of the Central Vista park are the following:

The improvement of the entire park area will cost much less than implementing the current proposals.

In addition to the replanning of the Central Vista Park, it is necessary to reconsider the proposal to build a completely new Parliament House. It is proposed to build this on a triangular site adjoining the existing structure. The architect in his evaluation has contended that the existing meeting facilities are outdated and inadequate, and the building is structurally unsafe in case of an earthquake – a statement that has not been supported by any proper professional evaluation. The existing building may well be inadequate for the current needs of the Rajya Sabha, the Lok Sabha, and meeting space for members, but the existing heritage structure can certainly be remodelled and improved.

In major capitals across the world, seats of government are historic symbols. With the technical skills available today, they are adapted and modified to meet current requirements. Additional space as needed could be built as a smaller, sensitively designed structure on the adjoining site linked with an underground connection. This is a possibility that has not been adequately explored. The architect has simply focused on building a brand new structure which both in terms of location and urban design is poorly conceived.

Also Read: What a Comparison of Great Central Vistas Tells Us About Modi’s Plans for New Delhi

The need for more space was recognised as far back as 1989, when a competition was held for the design of a Parliament House extension on an adjoining triangular site. The competition was won by Raj Rewal, who designed a substantial new building consisting of a Parliament Library, a Museum, and several meeting halls. The entire development was designed and built at a lowered ground level in a close relationship with the existing Parliament House. The plan for the extension was no higher than the plinth of the existing building, except for a shallow dome. The entire development was sensitively conceived in harmony with the surrounding space and in relation to the existing heritage structure.

The proposal to locate and build new residences for the Prime Minister and the Vice President on the chosen sites are also arbitrary and not carefully considered in relation to the effect that they will have on their surroundings. Both these residences, apart from the consideration of security, also require a large number of facilities for support staff. A study of the plan of the Rashtrapati Bhawan enclosure reveals the existence of a large area of vacant land within its enclosure. The area near the Western part close to the Life Guards’ residences, and adjoining which Mahatma Gandhi’s Dandi March statue is located, would be ideal for the location of these two residences, which could be built within suitably protected enclosures with access from the rear side. It would appear that no real evaluation or urban design study of this entire area behind and adjoining Rashtrapati Bhawan was done and no alternative options were seriously considered.

As far as the proposed new Secretariat, flanking the entire length of the Central Vista is concerned, it would be good to defer the decision to carry out large scale destruction of existing buildings until the pandemic has ended, An evaluation can then be made of how offices will function in the future. It is sincerely hoped that in the larger interest of the population of the nation’s capital, the Central Vista  – an important public space – will be preserved and improved upon.