The council must prepare professionals in the industry for gainful employment whilst tackling the infrastructural requirements of rural India.

The Council of Architecture (COA) was constituted under the provisions of the Architects Act, 1972, which came into force on September 1, 1972. The Act provides for the registration of architects, standards of education, recognised qualifications and standards of practice to be complied with by the practising architects.

The Council of Architecture has prescribed the Conditions of Engagement and Scale of Charges under the Architects (Professional Conduct) Regulations, 1989. The documents stipulate the parameters within which the Architect is required to function. These define the responsibilities, the scope of work and services, and prescribe the mandatory minimum scale of professional charges with a view to making the Client fully aware of the duties and services which he may expect from the Architect.

Over the last twenty-five years, various governmental organisations have chosen to ignore the Code of the Council and have steadily reduced the payment of professional fees to architects on an arbitrary basis. This constitutes a blatant flouting of the charter of the Council of Architecture – an Act approved by parliament.

Most registered architects today are deviating from the mandatory minimum scale of professional charges prescribed by the CoA, and the council has not taken any corrective action. As a result, all major private clients like institutions, as well as major developers have also followed the government’s lead and are now asking for bids and appointing architects for major projects at unreasonably low professional fees.

This trend reached its lowest point of professional humiliation when an architect from Lucknow quoted a total fee of one rupee for Comprehensive Integrated Consultancy (CIC) or Project Monitoring Consultant (PMC) Services for the construction of the Atal Bihari Vajpayee Medical University of Lucknow on a 50-acre site as per the scope of work and terms and conditions of the Bid and contract document including the GST.

It is obvious that the architect, if appointed to execute the project, will not be able to recover the cost of the professional services involved, and will have to resort to dubious means to recover expenses. Any reasonably sized firm of architects would go bankrupt if they had to design and implement the complex of an entire medical university of this size on a no-cost basis – a project which would involve specialised skills in the planning of a hospital. The Ministry of Education in Uttar Pradesh, under whose domain the project falls, needs to take necessary steps to prevent such blatant fraud.

We have reached a stage where the CoA needs to review and acknowledge the purpose for which it was created – to safeguard and protect the interests of those in the profession. Over the last couple of decades, the council has let down the profession, and it is now necessary to make amends. It is rather unfortunate that the 45 architects, who are members of the council, have allowed the profession to be degraded to its present state. In order to stop any further decline, the Council of Architecture should take preventive action immediately. They have an obligation to the members of the profession and junior architects in their states to help create a more meaningful future for those practising in this field.

A student climbs a scaffolding at an outdoor classroom at the Larsen & Toubro (L&T) construction skills training institute in Panvel, in the western Indian state of Maharashtra November 18, 2014. Photo: Reuters/Danish Siddiqui

It is quite clear that politicians and bureaucrats who have a comfortable stranglehold on the system will resist any change. The implications, however, are much larger. However, not only will change bring about a better environment for architects, planners, urban designers, landscape architects, traffic planners and politicians, but it is also pertinent as, in this fast-changing world, to ignore reality is to be mired in a state of perpetual neglect and to be subject to conditions that will steadily get worse over time.

In August 2020, the Council of Architecture published the Perspective Plan – a collection of facts relating to the number of architecture schools approved by them, their location, the current status, and the total number of students and faculty – for the growth of architectural education in India. All this was presented with a series of charts, graphs and maps. The report, however, made no mention of the quality of education in these institutions or the current state of the profession.

It recognised the fact that there was an excess of schools and that a number of students were leaving them midway due to poor prospects of jobs after graduation. In relation to this, the CoA has made a proposal to grant a B Sc (Arch) degree to students who had completed three years of the five-year B.Arch degree course and would like to leave and pursue work in related fields. A number of possible alternative options were listed.

In the current situation, it would be good if a number of students were directed to focus on rural development as this is an area that urgently calls for professional intervention on a large scale. Students could be trained to plan and oversee development in a large number of small towns and villages in their native states. Students who have completed a basic three-year program of study in architecture with a BSc (Arch) degree could adapt well to play a meaningful role in the planning and improvement of villages and the surrounding rural areas.

Also read: When it Comes to Urban Planning, India Suffers From a Poverty of Imagination

The ‘Housing for All’ initiative under the Pradhan Mantri Awas Yojana (AWAY) was launched in June 2015. Under this program, it was anticipated that, by 2022, a complete change would take place in rural areas with the addition of a large number of pucca houses for the homeless, which would also generate employment for large numbers of workers. However, currently there is a shortfall of 3.12 million between the number of houses sanctioned and those that have been completed.

Niti Aayog’s projection that 50% of the population will live in cities by 2050 is not likely to happen, as major changes are taking place as a result of the COVID-19 pandemic, and the return home of a large number of migrants who may choose not go back to cities. A change in the approach to future development is therefore called for.

In the long run, this will lead to better and more economical construction. Along with this change, the industry needs to set up a number of training centres in each state to improve and update construction skills. The implementation of building work needs to be systematically organised with proper time and cost control, proper wages for skilled workers, as well as the provision of proper security and hygiene facilities for workers on building sites.

Individual states should consciously involve professionals in the planning and development of rural areas. To date improvements in villages has been restricted to the provision of a toilet in every home. In many cases, these toilets are not functional, or are not being used. The provision of toilets should really be part of a plan for the comprehensive improvement of health and hygiene facilities in the entire village.

With the help of aerial surveys and digitisation, plans recording plots and ownership details should be prepared for all rural areas. With proper digital survey maps, it will be possible to plan roads and access systems within and around each village. Plans would include the clear definition of the extent of vehicular penetration, the demarcation of pedestrian lanes, and the location of meeting places, as well as linkage to the development of new areas. The distribution of electricity along with the layout of a cable network for artificial intelligence connecting to every household should also be part of the plan.

Also read: Why the Future of the Building Industry Is Circular

Plans for development need to extend beyond village boundaries to allow for growth and change over time. The proposals should include the location of new community facilities, schools, health centres, halls and meeting places, police stations, parks and open spaces with adequate play space for different age groups. Shopping centres, space for weekly markets, and mandis for the sale of agricultural products need to be located. All proposals should be planned and implemented with the active involvement of the villagers and the local panchayat, and a system of regular interaction set up to ensure proper maintenance with long term improvement and growth.

The planning of rural areas requires careful evaluation of the topography and landscape of each location, the need to preserve existing trees and forests, and to conserve and protect water bodies, streams, rivers and lakes. It is equally important that all proposed development be in sync with the existing architectural character of the area. What is called for is a degree of sensitivity, instead of adopting mass-produced standard solutions, presently common in housing built under the Prime Minister’s AWAY housing for the rural homeless. 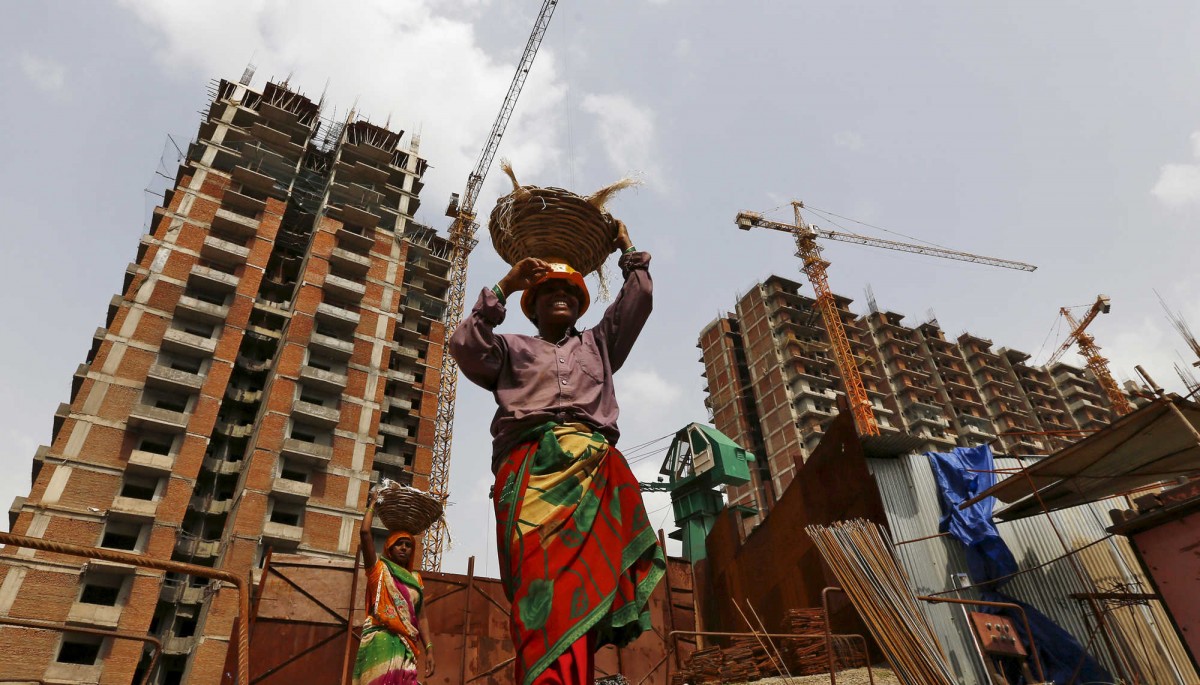 In order to achieve meaningful development, young architects who opt for involvement with rural growth should perhaps be required to undertake a six-month course which would help them understand the limitations and nature of intervention required for future rural improvement.

The CoA should help design such a program of study in coordination with concerned officials in each state. The CoA should also ensure that these young professionals, upon the completion of their course, are respected for their professional contributions and are duly compensated. If appointed on a contractual basis, the fees payable should be in accordance with the CoA charter.

With the help of the state government, a framework should be established to allow them to interact directly with the local panchayat, to enable the proper implementation of development proposals and regulations. More than anything else they will need protection from undue pressure and exploitation by local politicians and bureaucrats, who despite all their public statements of intent, are the real obstruction to long term development and growth.