Compensatory Afforestation Is Not the Ultimate Solution to Delhi's Tree Fellings

Many afforestation projects have replaced natural forests with plantations – they have turned common lands used by landless farmers into enclosed zones and displaced people from 'green areas'. 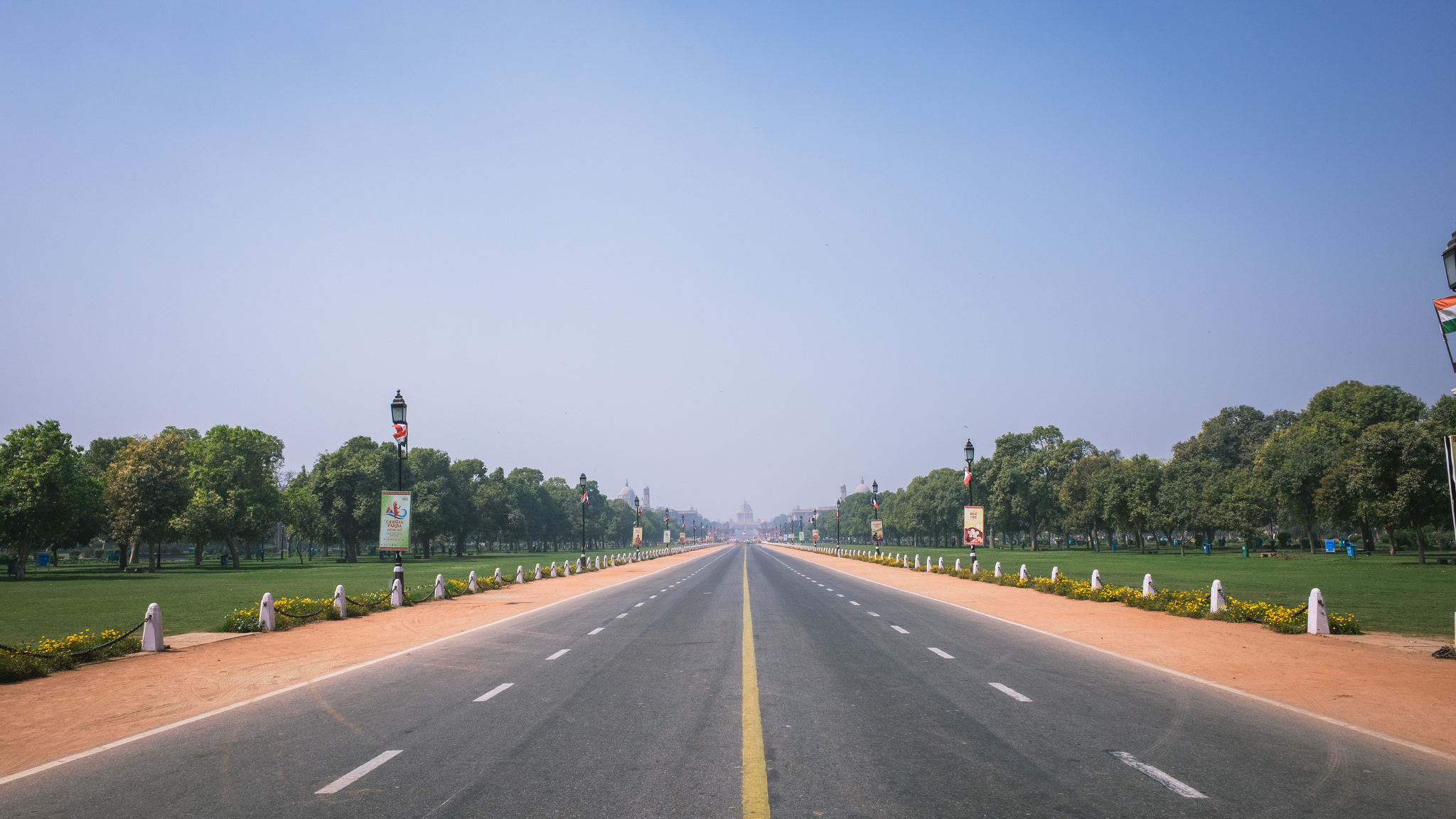 According to the approval letters for two of the seven redevelopment sites, 39,550 saplings are to be planted by the forest department in lieu of the felling of full grown trees in South Delhi. Credit: Flickr

The Central government’s redevelopment project in New Delhi has been in the news for causing extensive tree felling in the city. The project is advertised as using modern construction technology and green building norms. But the ecological losses and environmental impacts that this project will cause is slowly unravelling because of all the insightful questions posed by Delhi’s citizens. Several resident welfare associations (RWAs) and citizens collectives have written to the environment ministry to revoke approvals to these projects would  “result in massive loss of trees, water consumption, dust and noise pollution. Delhi is already facing severe air pollution and doctors have warned residents about its effects on health, especially of children.” 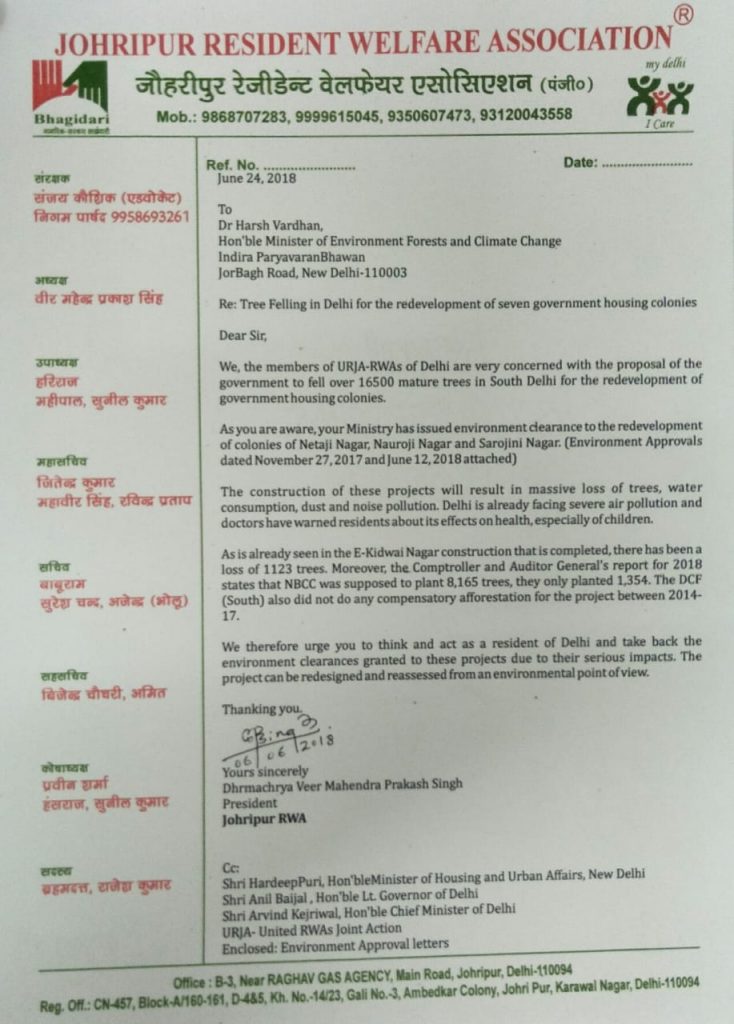 To all the questions, the Central government’s only repetitive and rather unthinking response has been compensatory afforestation (CA). The assertion of the Ministry for Housing and Urban Affairs is that “Compensatory plantation of trees is being carried out in a ratio of 1:10, i.e. ten trees are being planted against the loss of one tree. Thus, 1,35,460 trees shall be planted, which will create an “urban forest”. But this shows a shallow ecological understanding of our decision-makers.

The ministry has received many responses from common citizens about how planting trees far away from the city is not going to help Delhi residents cope with the polluted air, dust, heat and groundwater problems. In addition, there is another set of reasons why the CA argument is seen as a “greenwash” used by projects that are fundamentally very resource intensive.

According to the approval letters for two of the seven redevelopment sites, 39,550 saplings are to be planted by the forest department in lieu of the felling of full grown trees in South Delhi. The NBCC has been asked to deposit a sum of Rs 22.54 crore to the deputy conservator of forests (South) designated as the tree officer under the Delhi Preservation of Trees Act, 1994 for compensatory afforestation.

Zone O in the Delhi development masterplan (MPD) is the floodplain of the Yamuna river that runs along the boundary of the National Capital Region from North to South. It covers an area of about 9,700 hectares as per MPD 2001. This area is regularly used for compensatory afforestation projects in Delhi. For this project too, the afforestation sites are located here.

If the ecological premise of this project rests so much on CA, did anyone study if the floodplains are the best place for afforestation? More importantly, are floodplains meant to be turned into forests? Do they not have an ecology of their own that is valuable to society? Did anyone look into what that would do to the river that flows through the floodplains and sometimes spills out of its banks? The project reports offer no answers to these questions. 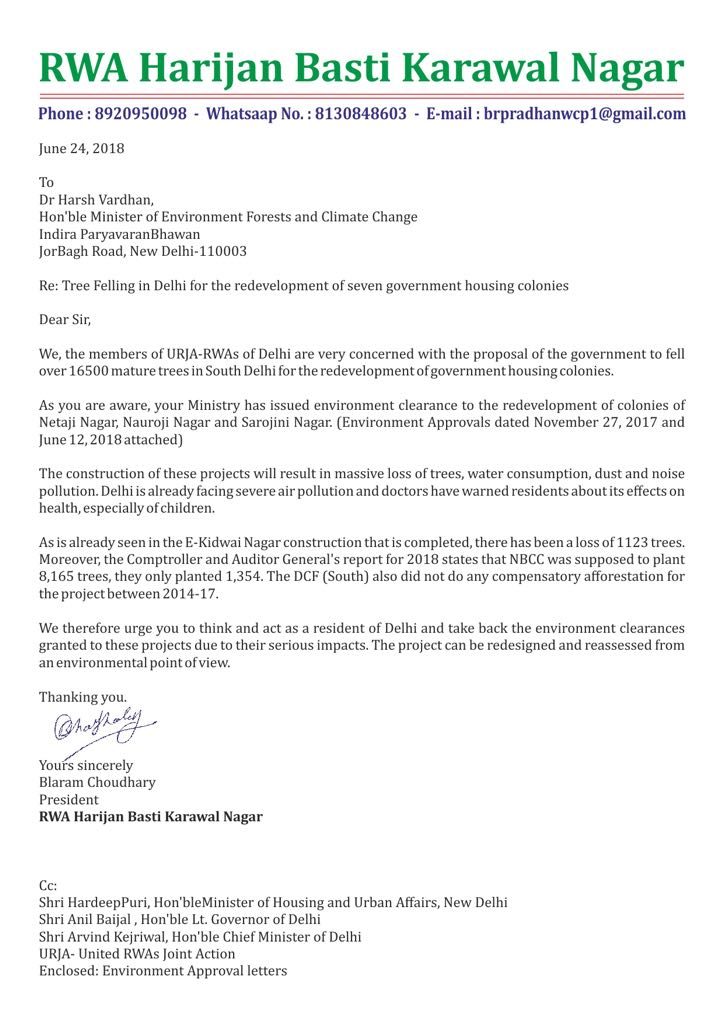 The truth is that project Environment Impact Assessments (EIAs) have made a habit of deliberately concealing the true nature of projects in order to obtain approvals. Ideally, if the tree felling by these redevelopment plans is really to be offset by large scale afforestation in another location, the afforestation sites should be considered  “project sites” as well. They must be carefully assessed for who lives there and how the land is used, what conditions might hinder or encourage the afforestation, who will be in charge and how the plantation project will be monitored? But these details are usually not even thought through when plantations are offered as the easy solution to tree felling.

Many afforestation projects have replaced natural forests with plantations, they have turned common lands used by landless farmers into enclosed zones and they have displaced people from “green areas”. These have generated opposition and conflict from ecologists and local communities for good reason. They have shown that “development” projects not only alter the construction sites but also impact land use practices elsewhere through mitigation measures like afforestation. In this case too, many citizens have rightly been concerned that CA will be a non-starter as it will be impossible to find exclusive land for plantations.

So, it is not a matter of surprise or accident that the rate of success with CA is so low in India. The CAG’s report concluded that the shortfall of compensatory plantations in Delhi from 2014-17 was as much as 67%. According to a 2018 report of the Comptroller and Auditor General’s office, the “NBCC obtained permission to fell 1,123 trees during 2014-17 for East Kidwai Nagar Project on security deposit of Rs 4.51 crore. DCF (South) had issued this permission but the division did not do any compensatory tree plantation during 2014-17 whereas NBCC planted 1,354 trees against a requirement of 8,165 trees. There was no evidence in the files of the forest department to show whether it ensured tree plantation by NBCC.”

The Ministry of Urban Development that is committed to raising “urban forests” on the Yamuna floodplains sees this ecological landscape as a vast empty stretch. This is not the first time a project has been allowed to undo this. The legal cases on the Art of Living project (OA 65 of 2016) and the construction of the Commonwealth Games village (S.L.P. (C) No.s 29055- 29056 of 2008) made some important observations. The courts stated in those cases:

“Flood plains of river are not waste lands. These should not be treated as lands lying fallow…” (OA 65 of 2016)

“Although these urban planning proposals have emphasized the integration of the river in the life of NCT-Delhi, the ecological role of the flood plains and its conservation imperatives, the land-water interface phenomena, and aesthetic, recreational and navigational potential have not been adequately emphasized…” (S.L.P. (C) No.s 29055- 29056 of 2008)

Yet, approving authorities such as the environment ministry and the forest department treat the floodplains as available for mass plantations.

The dangers of offsets

It is now commonly accepted that every project has environmental impacts. However, it is very important to notice, assess and factor in the consequences of environmental offsets of developmental projects. They are usually dumped on places and people that are beyond our immediate vision. Compensatory afforestation is the favourite tool of agencies who promote development at great cost to society and the environment. They believe that altering ecology is easier than changing the present course of urban development. But that is simply not a belief worth pursuing anymore.

Delhi’s citizens have made it quite clear that they love the trees of the city and will not let them be felled. They are also the only ones who may be able to protect the Yamuna floodplains from our government’s idea of development.