A Bunch of Architects is Worried by Modi's Central Vista Plan. So They Drew a Comic

'We recognise on a functional level the government needs more space to operate out of, but other aspects of the project are highly questionable.' 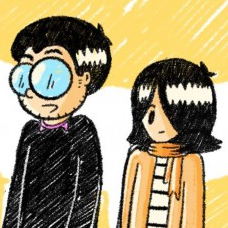 Over two months ago, it was announced that Rajpath (or the Central Vista, as it’s known) and several of the buildings along it is going to be redeveloped. We recognise that on a functional level, the government needs more space to operate out of, but the other aspects of the project are highly questionable.

Why is it we know so little about it? A public project of this magnitude requires a transparent procedure and prolonged public participation. But barely any details are open for public viewing. Several heritage buildings to be destroyed, three to be randomly converted into museums, and a new house for the prime minister as part of the plan. What is the need for thousands of crores to be spent on this?

This is not the only problematic decision taken by the Indian government recently. The reason we’re talking about it is because, as architects, we’re qualified to do so. We also don’t want this news to get buried under a pile of other issues! It’s time for us to understand the political decisions that are affecting the architecture in our country. And it’s not just in India. Politics has one of the strongest influences on architecture worldwide.

The first step to having a say in how our cities look, feel and are lived in is to know why the government has planned, and why. This series of illustrations is an attempt to get closer to that – so that we can all demand better. 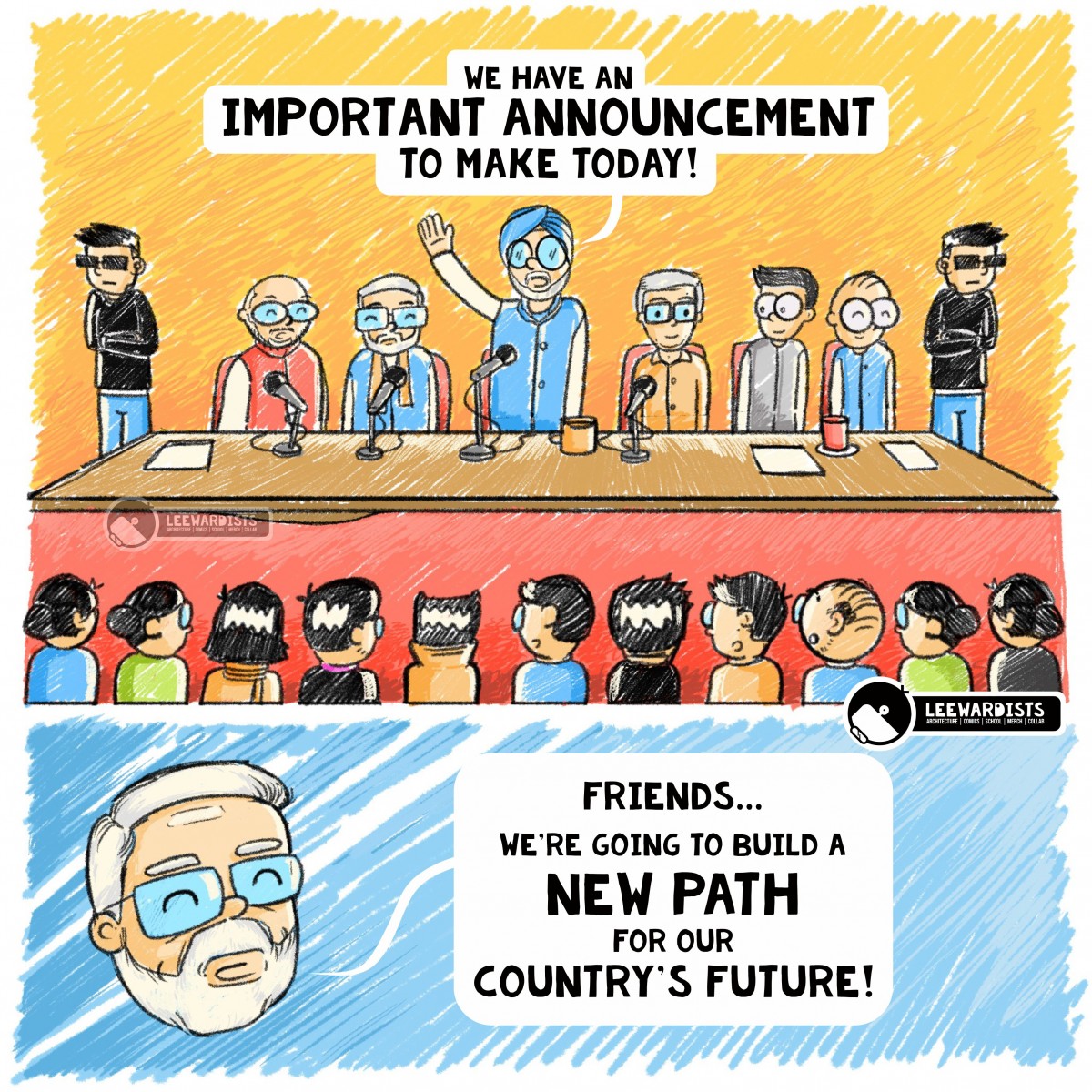 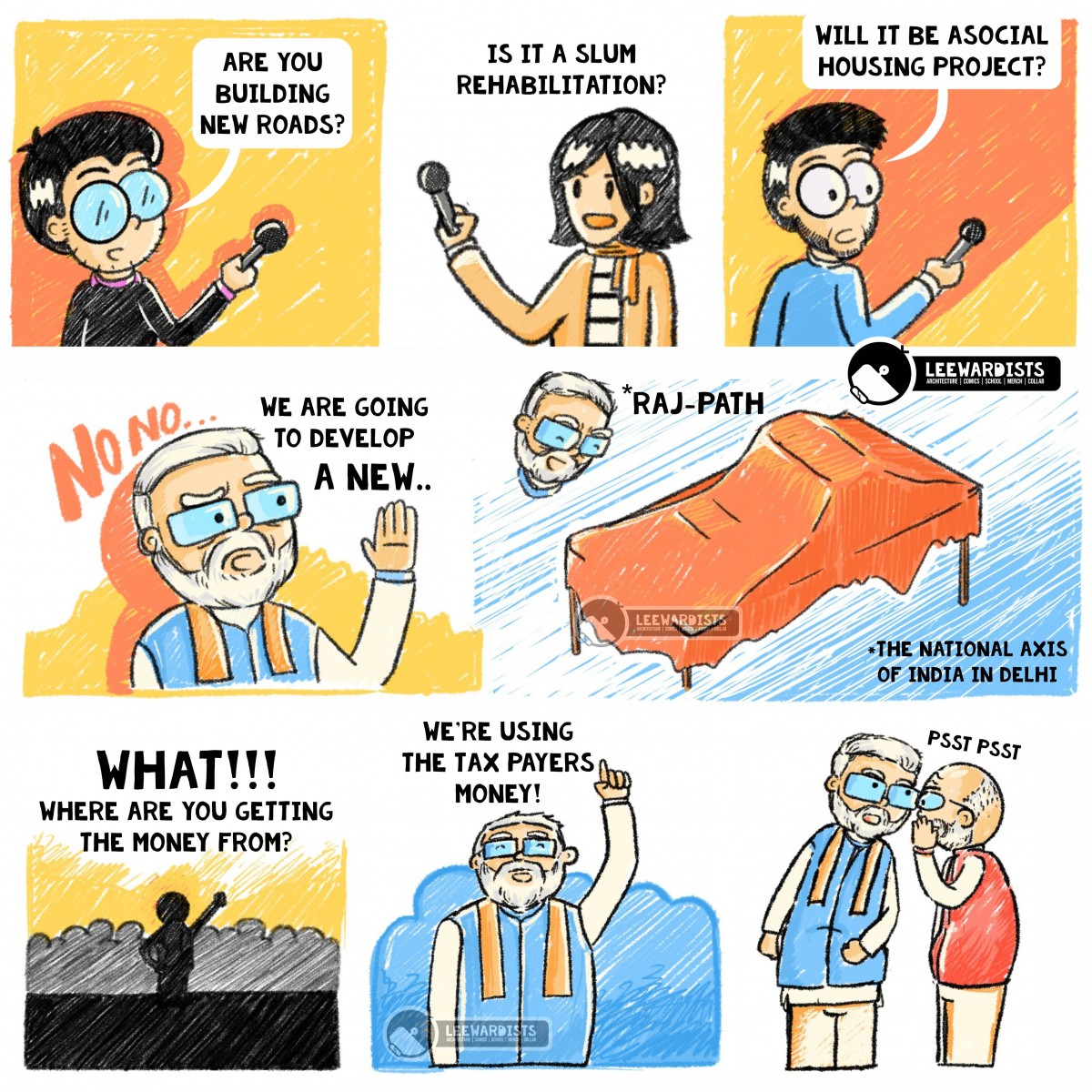 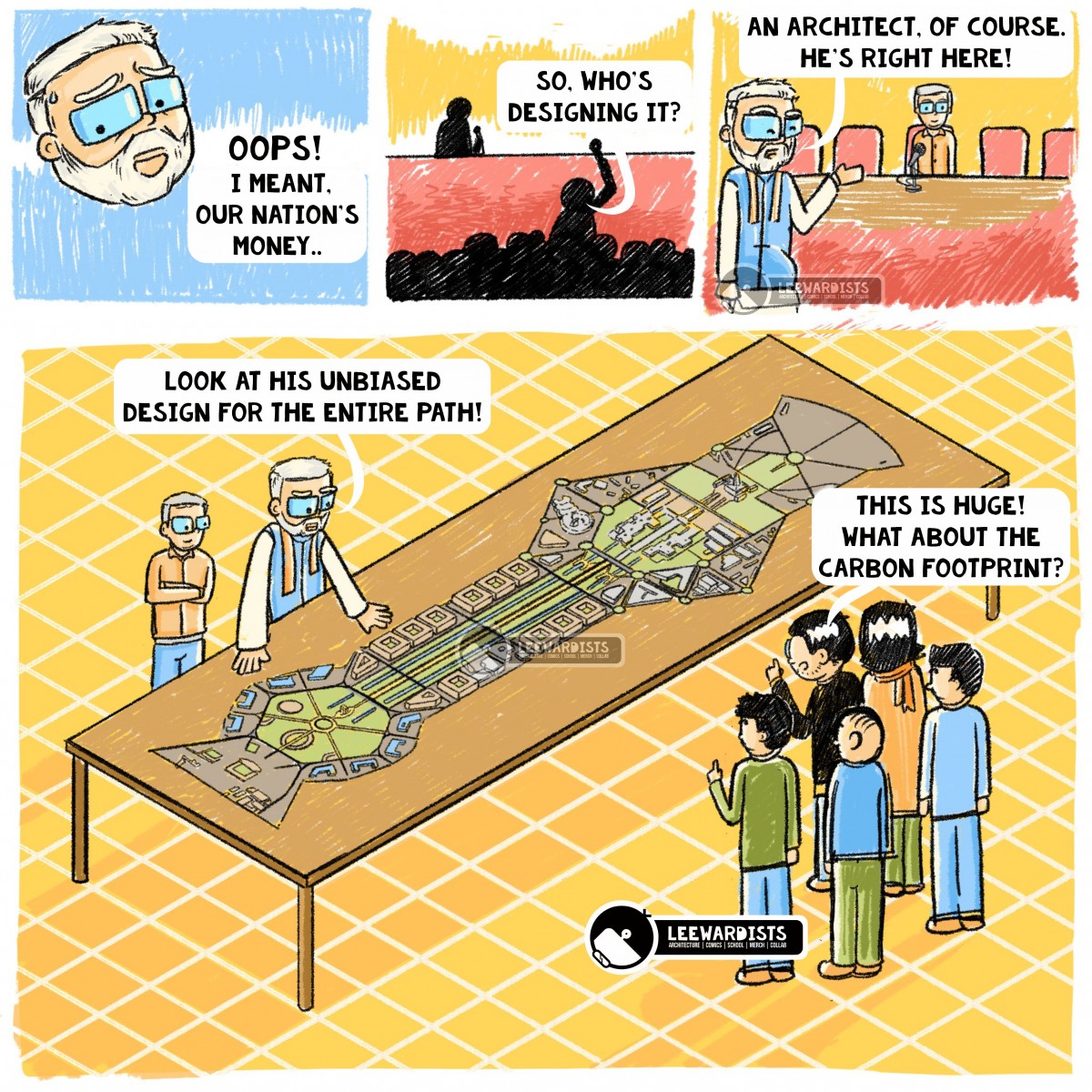 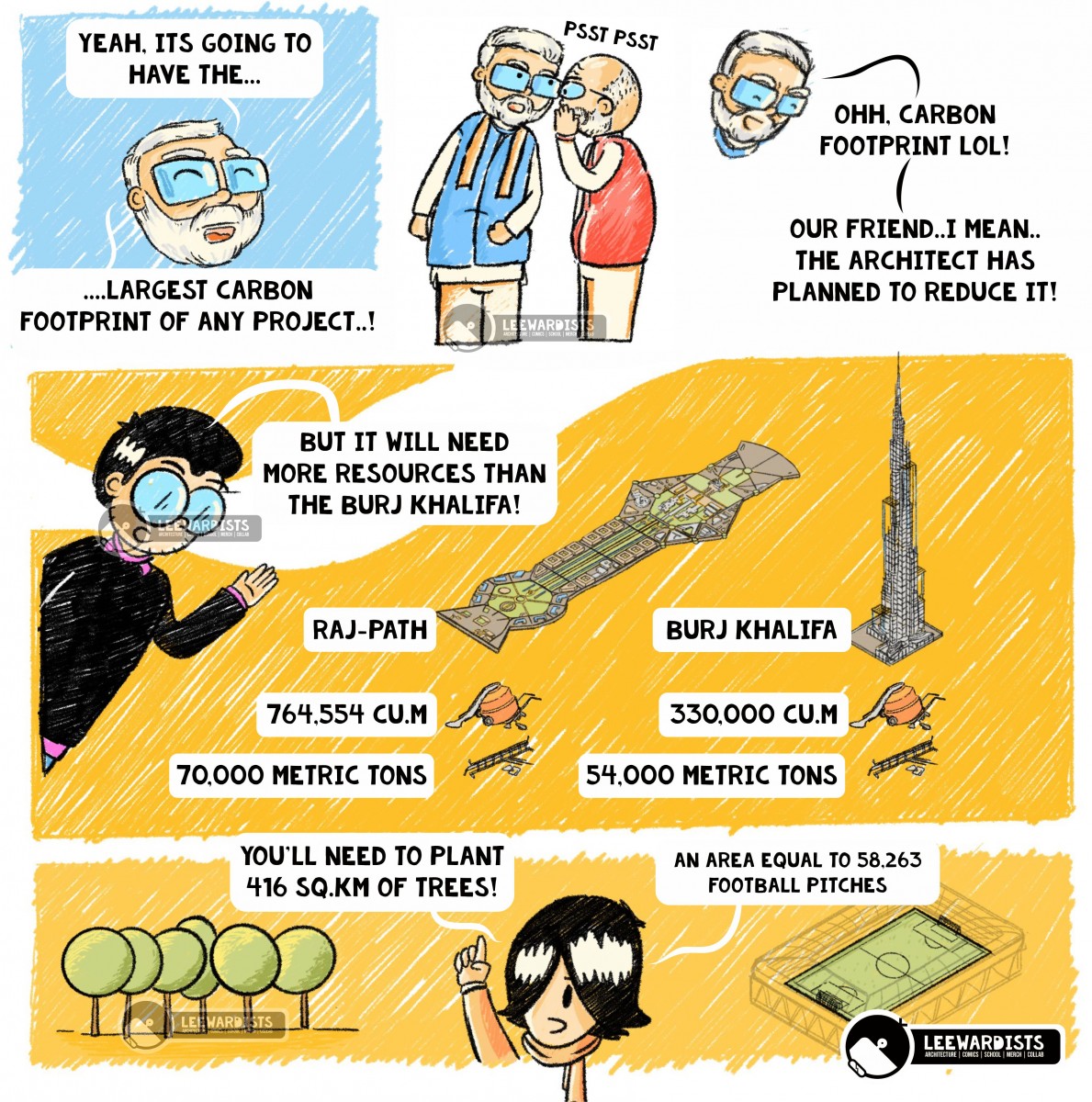 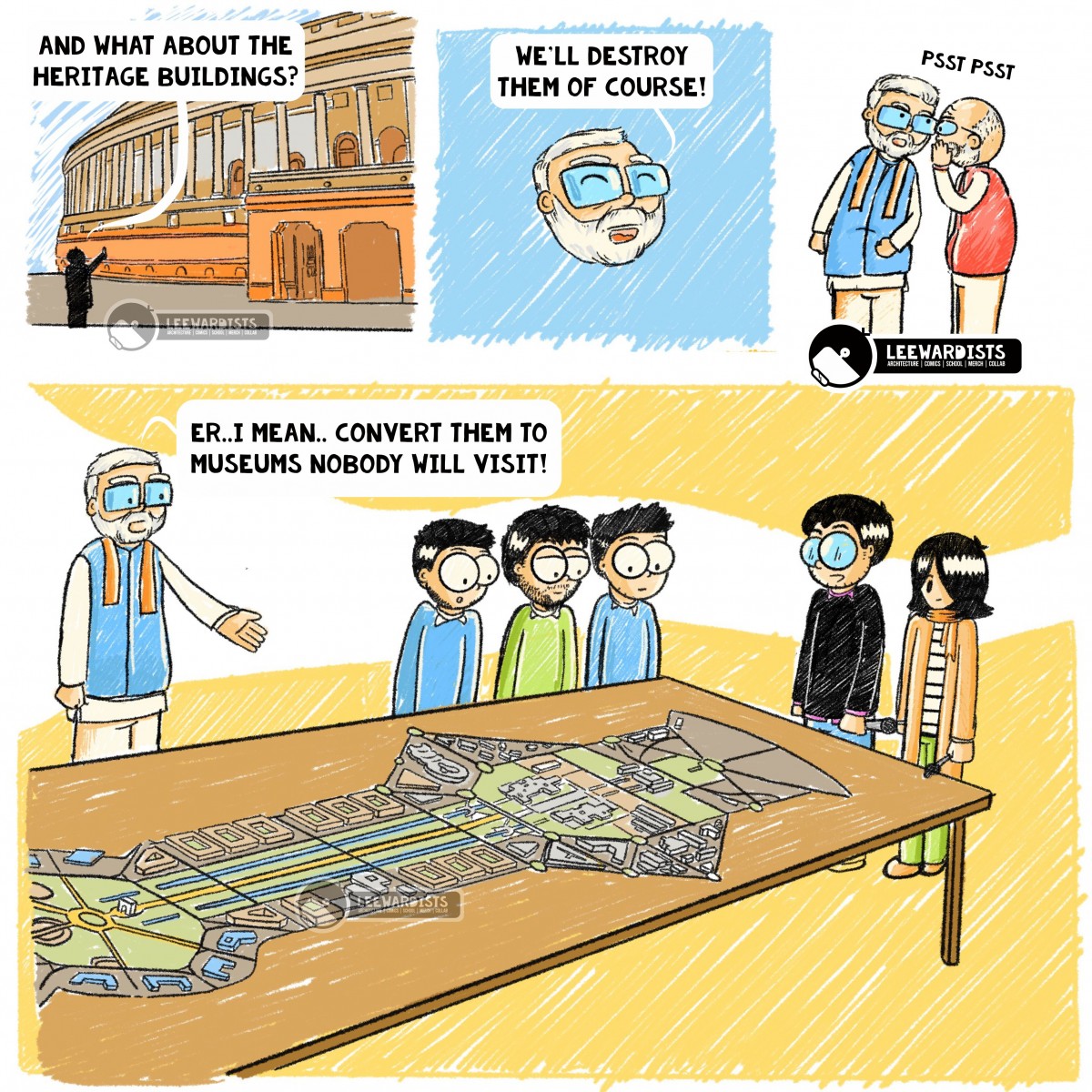 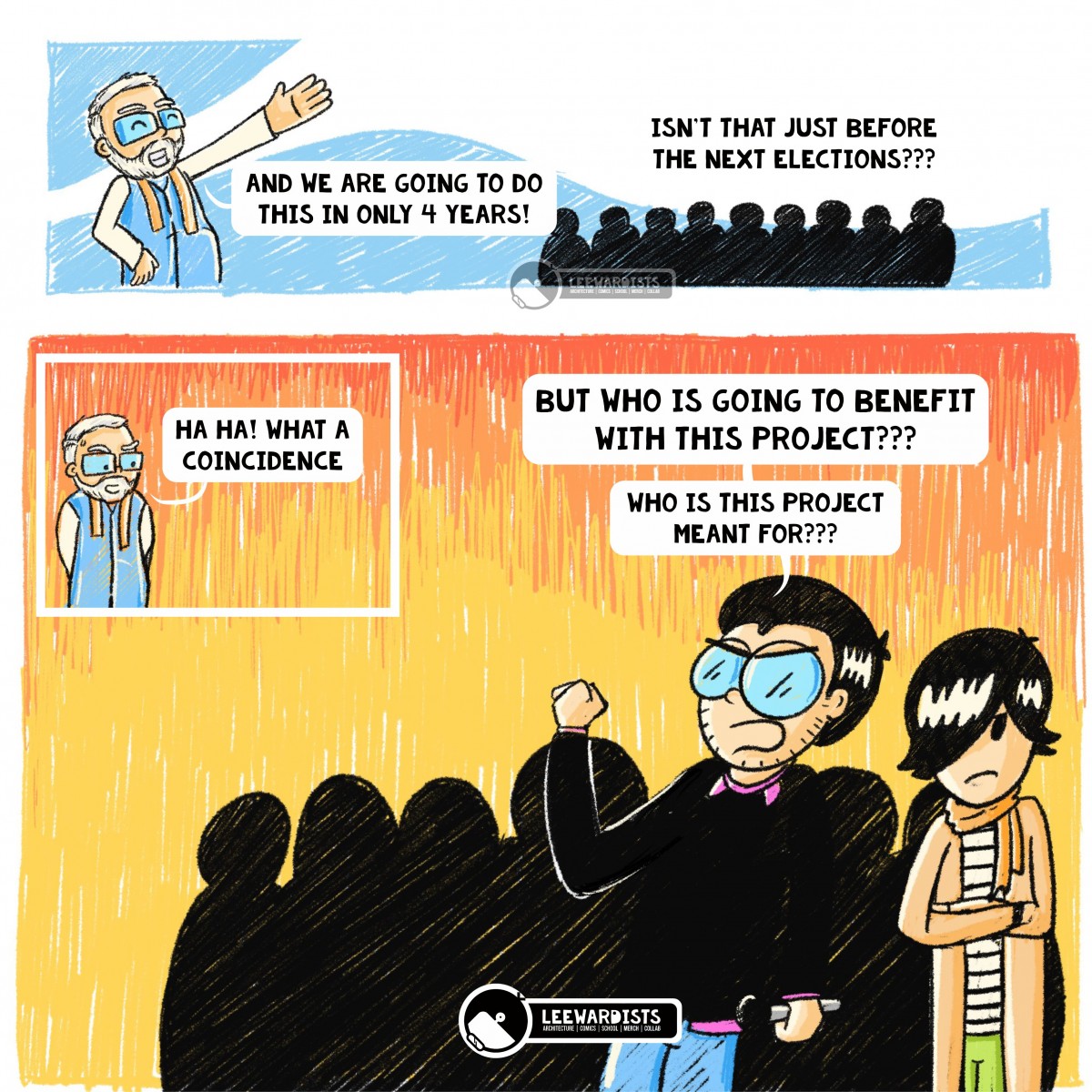 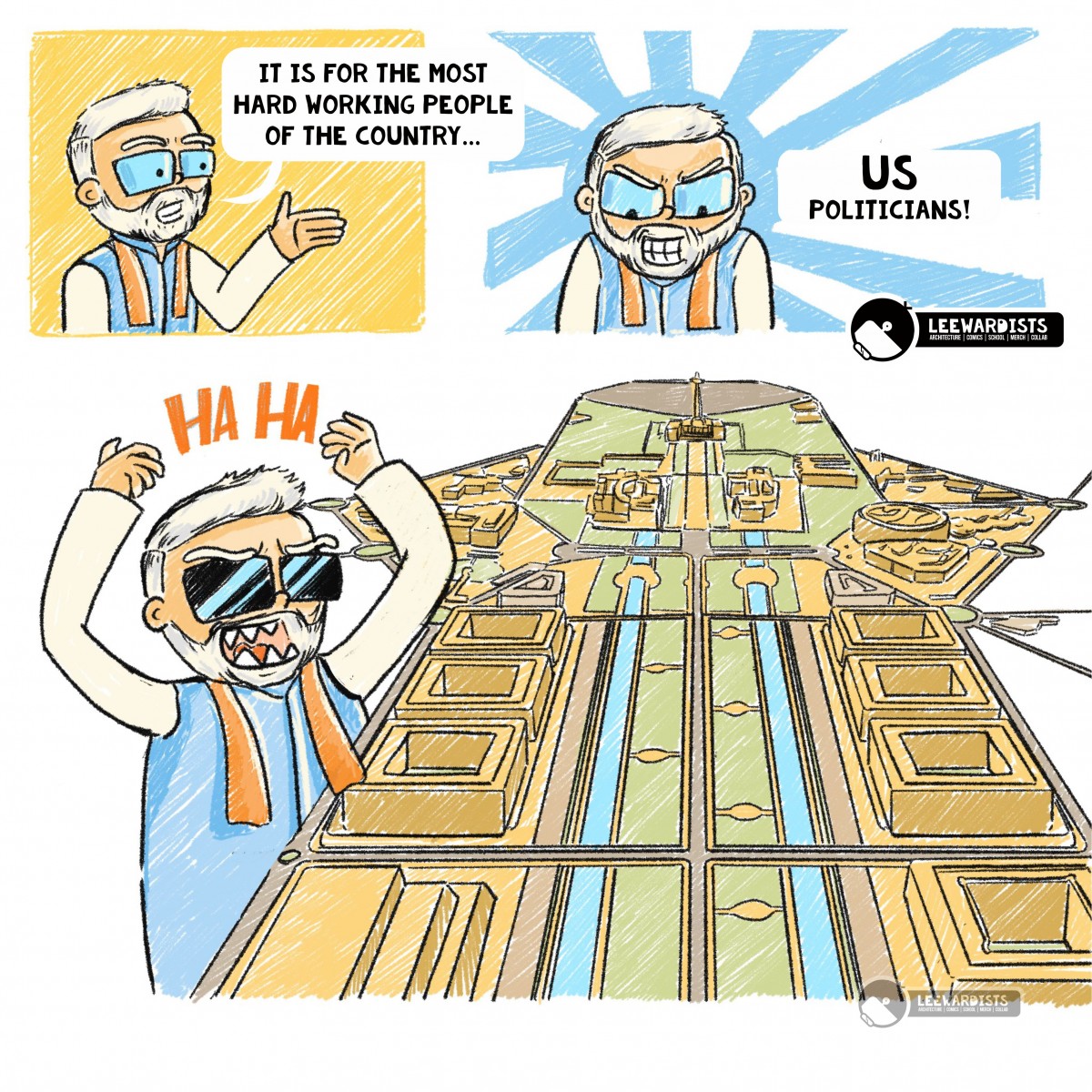 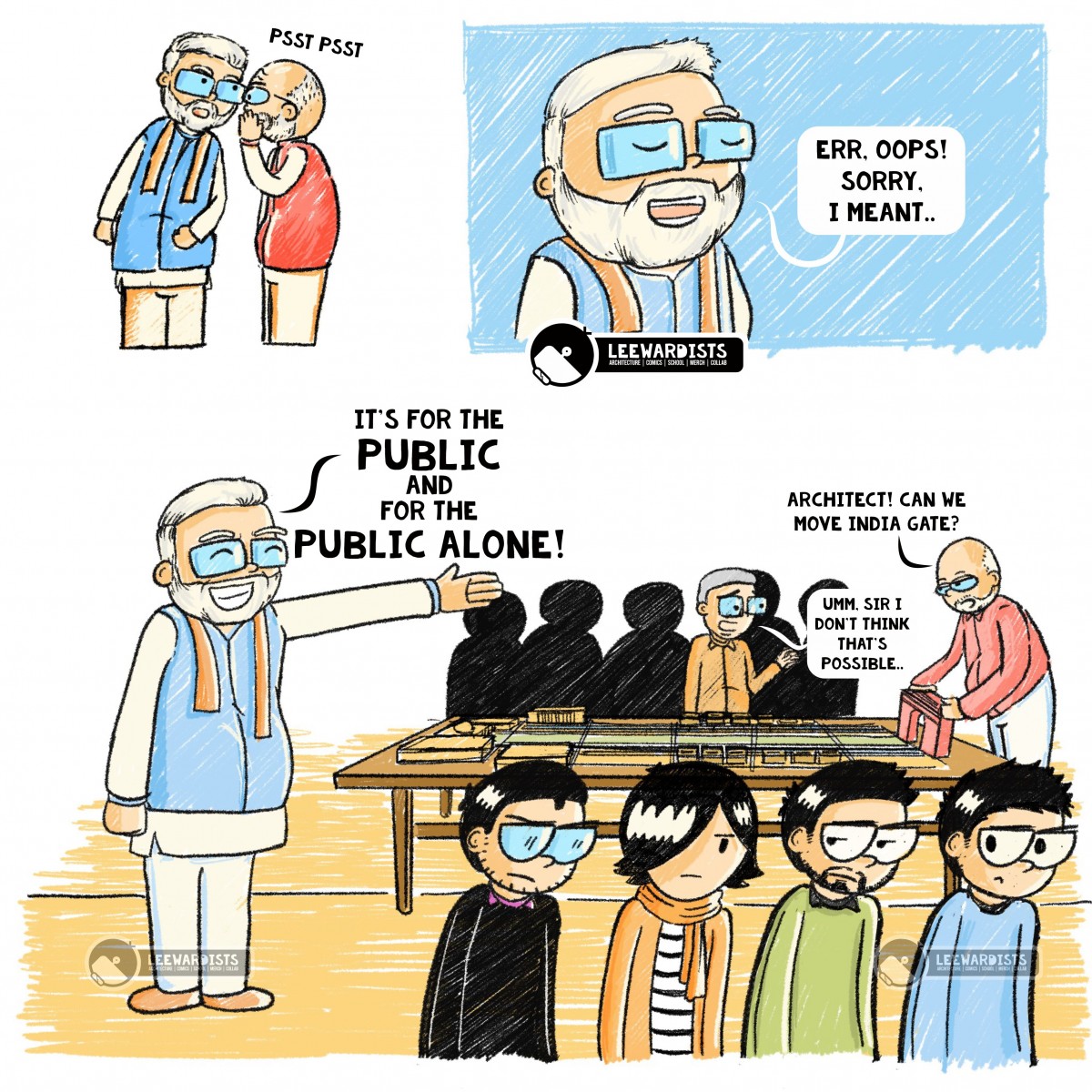 The Leewardists is a group of architects, urban designers and writers trying to create awareness about issues related to the design fraternity, with a humorous take. Follow them on Instagram here.