Despite public protest, Prime Minister Narendra Modi is pushing for a hugely expensive project based on out-dated office and administrative concepts 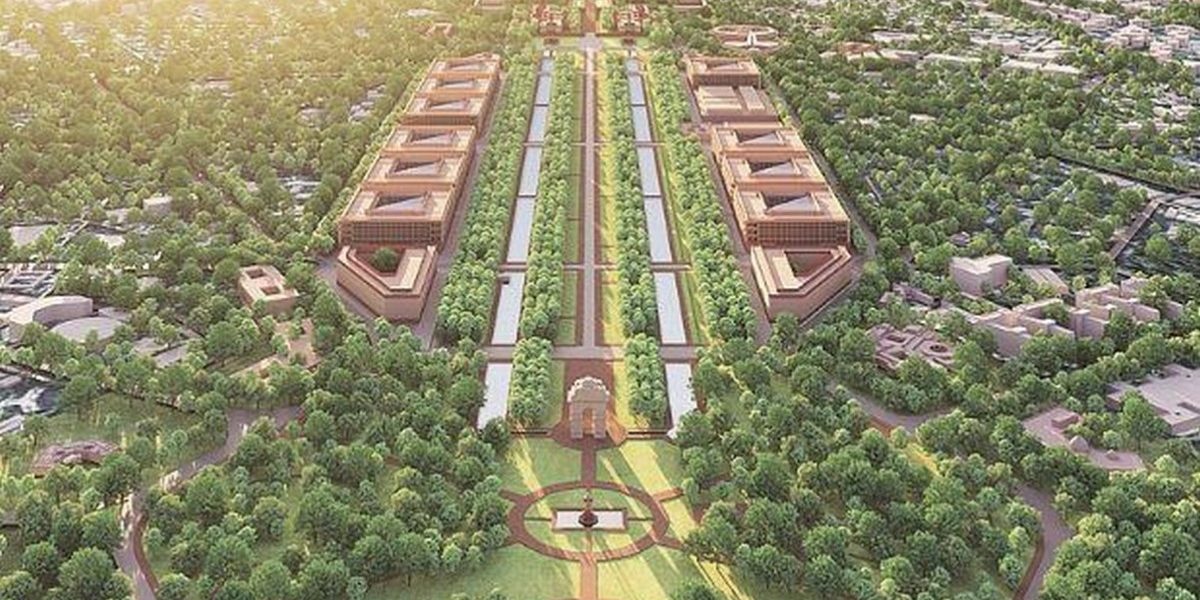 Over the last couple of decades, the system of planning for the future growth of the nation’s capital has lost all sense of direction because of ad hoc changes in the Master Plan, leading to confused and chaotic development. Frequent interference by politicians and bureaucrats has been one of the major causes for the steady growth of unauthorised colonies and slums in various parts of the city. This has been further complicated by the COVID-19 pandemic, the lockdown and the return of large numbers of daily wage workers to their villages in different states.

While it is necessary to move people away from crowded work places and cramped living conditions, all urban development is currently based on the monetisation of land – where a wealthy minority along with powerful politicians and bureaucrats occupy vast tracts of land, and the poorer sections of society live in cramped conditions. We now need to plan on a more equitable basis, and make a conscious effort to release the stranglehold on land that politicians, developers, and administrators have created. Cities with concentration of intense development will no longer be the generators of wealth, the future calls for low rise communities developed in tune with nature, where each resident has access to open spaces, parks, play grounds and all community facilities. This calls for a lighter footprint on the land, which can be successfully achieved with proper planning for the future growth of our vast rural hinterland.

One of the major impediments to change has been the bureaucratic system that controls development. Over the years various prominent politicians have commented on the government’s administrative system and called for change, which has been strongly resisted by IAS officials. In August 1973, Jayaprakash Narayan, a prominent socialist leader popularly known as JP or Lok Nayak, led an opposition to Indira Gandhi’s government and wrote an article about the government’s administrative system. His observations are still relevant today as the government’s mode of functioning has not changed over time. He stated that the IAS was set up in accordance with the British framework for governing India, which was based on distrust, a system which still prevailed. He suggested that a work audit similar to a financial audit be introduced, along with a study of the working of the secretariat and administrative offices, in order to devise methods for the expeditious disposal of business. It was necessary that the chief minister and his colleagues regularly meet employees of the secretariat to discuss and solve their problems. He mentioned that the existing system of maximum wages for minimum work be dealt with. It was observed that half the employees of the secretariat do not work for more than two or three hours per day, and this was something that had been observed by several chief ministers and senior officials. In order to deal with this issue he suggested the introduction of a system of work bonus to officers and lower level employees depending on performance.

He drew attention to the fact that notings on files currently start at the lowest level and said this should be stopped. No one below the lowest rank in the class of secretaries should be authorised to make notes on files. Lower-level notifications tend to create confusion, and are used to manipulate decisions.

JP also stressed the fact that development administration was a specialised job. Any secretary can be posted to do work of which she or he has little or no understanding. Specialist advice is neither sought nor respected. Secretaries are freely transferred from one department to another on their way up. An agriculture secretary/deputy secretary may get transferred after two years to become education secretary, or secretary of industries. JP saw that it had all become a process of moving from one job to another, depending on political contacts. The entire system had become one of control and power, regardless of the nature of work. This was something that needed to be changed. It was suggested that specialised subjects or departments be divided into two groups, one where expertise could be acquired by a generalist, and the other where specialised knowledge and skill were essential.

Distrust of Indians led the British to form a highly centralised system of administration. As the demands for proper local administration had grown, this system caused needless delays and interference. It would therefore be better to re-organise the entire bureaucratic system to make it more effective. He suggested the establishment of separate autonomous organisations to deal with specialised issues like agriculture and industries.

He drew attention to the fact that strong action would be needed to implement changes as the IAS would not allow truly autonomous bodies to emerge and function.

Over the years other senior government officials also called for the administrative system to be re-organised, but other than the separation of control in the Atomic Energy Commission, and the Indian Space Research Organisation, the basic system of administration still remains the same.

In a November 2018 lecture at IIM Ahmedabad, Pranab Mukherjee, a politician with five decades of experience in several ministerial positions, stated that bureaucracy remained the biggest obstacle to the nation’s development and must be rectified. The world was changing very fast and we would need to keep abreast of this change, adjust ourselves, adapt ourselves, and be flexible so that we may formulate and articulate our policies accordingly. No system in the world can function without appropriate institutional mechanisms. He referred to the civil service as the institution that finds ways to place obstructions, find excuses, and not move.

It is interesting that despite these serious evaluations, we still remain stuck in a quagmire. Prime Minister Modi, soon after taking office six years ago, visited several government offices and insisted that the staff and officials come on time, and leave only after completing a full day’s work. His observations brought about change for a short period of time, but since the system of control was not changed, conditions soon returned to what they were before.

What is more surprising is the fact that the prime minister even now has not taken serious note of the rapid changes taking place in technological development. On one hand, he professes to be well aware of changes in the world of artificial intelligence and the need for planning based on futuristic concepts, yet on the other he persists in pushing through projects based on an approach that will soon be out-dated.

The Central Vista project is one glaring example of colossal public expenditure on a project based on an out-dated office concept, which despite public protest is being pushed through by the prime minister. The proposal to build a series of 10 storey-high government secretariats along both sides of Rajpath connected by an underground metro rail system calls for the concentration of over 70,000 workers within limited confines, and flies in the face of the realities exposed by the current pandemic. The ongoing COVID pandemic has called for a complete re-evaluation of working and living conditions, replacing it with an approach which provides adequate space for people to move about without close contact.

Working from home has shown itself to be a feasible alternative option for some office workers, eliminating the need to travel long distances to their place of work. Other options include working from local work centres suitably located across the city, all connected by internet to central offices which may be visited only occasionally for meetings. With such changes, all large multi-storey office complexes will become obsolete, and crowded and concentrated urban work centres will be eliminated. With such possibilities being imminent, the proposal to build all the government secretariats in one location, with the massive expenditure of public funds involved, and the destruction of a major public space in the national capital, is wasteful and short sighted. Little attention has been drawn to the large number of office complexes for different ninistries built over recent years in different parts of the city, all of which will become redundant if the Central Vista proposals are implemented.