The Empowered Task Force on River Ganga is supposed to meet at least four times a year, but has met only twice since it was formed in 2016. 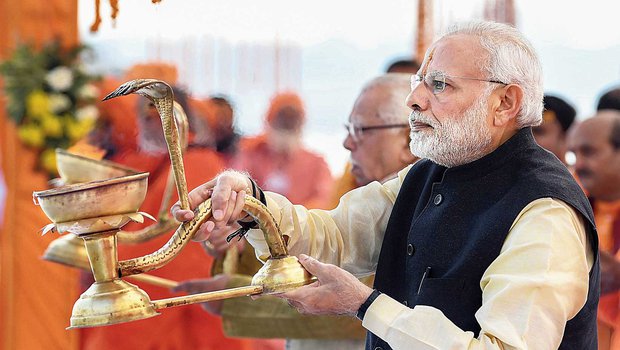 New Delhi: The national-level committees formed by the Narendra Modi government on Ganga cleaning are not meeting as they are supposed to, an RTI query filed by The Wire has revealed. It has come to light that only two meetings of the Empowered Task Force on River Ganga, headed by the minister of water resources, river development and Ganga rejuvenation, have been held thus far.

According to the regulations, the task force should hold a meeting every three months – so at least four times a year. The task force was formed in October 2016, with the objective of coordinating and advising on all matters concerning the preservation, rejuvenation and management of the Ganga and its tributaries.

On October 7, 2016, a notification issued by the Ministry of Water Resources, River Development and Ganga Rejuvenation stated that this committee will hold at least one or more meetings every three months, at its discretion.

However, in response to an RTI filed on January 8, 2019, information obtained from the National Clean Ganga Mission (NMCG), an organisation under the water ministry, has revealed that more than two years since its formation, the task force has held only two meetings so far.

After Bharti, Nitin Gadkari took charge of the ministry. Information obtained through the RTI reveals that Gadkari has not presided over any meetings yet. The empowered task force is probably the largest committee or decisive unit at the national level for the cleaning, management and rejuvenation of the Ganga.

Previously, The Wire had reported that there has not been even a single meeting of the National Ganga Council (NGC) headed by Prime Minister Narendra Modi so far. With the formation of the NGC in October 2016, the National Ganga River Basin Authority (NGRBA) was dissolved.

The fact that not a single meeting was convened despite concerns from both the Comptroller and Auditor General (CAG) and the parliamentary committee headed by Murli Manohar Joshi, raises questions about the Modi government’s seriousness about cleaning the Ganga.

In a CAG audit report on the NMCG released in December 2017, the government was reprimanded. The report highlighted the delay in river cleaning, installation of sewage treatment plants and construction of toilets in houses.

At the same time, the parliamentary estimates committee chaired by Joshi expressed great disappointment in the government’s efforts regarding Ganga cleaning in its 15th report (16th Lok Sabha). It also recommended that a comprehensive and empowered authority should be formed for the task.

In its report, the parliamentary committee had said that pollution in the Ganga has been increasing rapidly for many years due to urbanisation, industrialisation and an increase in population. The river’s flow is hampered as water is diverted for irrigation, industrial purposes, drinking water and so on.

The committee further said, “Not only the mainstream of Ganga, but there is a huge shortage of sewage treatment (cleaning) capacity in the entire Ganga basin which passes through 11 states. On the mainstream of the Ganga, 7,301 million litres per day (MLD) sewage is created in five states (Uttarakhand, Uttar Pradesh, Bihar, Jharkhand, and West Bengal), but facilities exist to treat only 2,126 MLD sewage.” 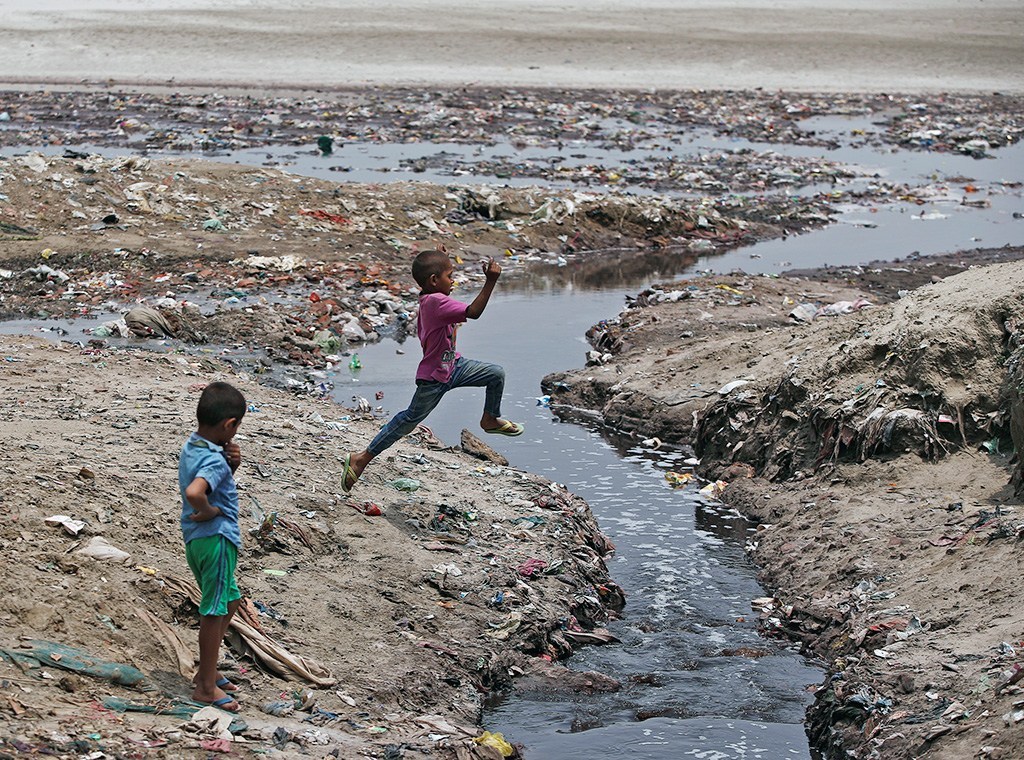 Apart from this, the committee had said that seven IITs had jointly prepared the Ganga River Basin Management Plan, which states that in the 11 states, 12,051 MLD sewage is created daily, but only 5,717 MLD is treated. Given that, 6,334 MLD sewage falls into the river or other water resources without having been cleaned.

Environmentalist Ravi Chopra, who had worked on Ganga cleanliness, said that this shows how much importance the government gives to the river. Speaking to The Wire, he said, “The work done by the government so far will neither be able to clean the river nor ensure its unhindered flow. The cleanliness of the Ganga is not important, but its purity is.”

Chopra was a member of the NGRBA, headed by the prime minister. He had resigned in 2015 along with two other members – Rajendra Singh and S.Y. Siddiqui – in protest as no meetings were held.

The Centre had approved the Namami Gange programme in May 2015 for the protection of the river. Under this, guidelines were framed to clean the Ganga. This includes the treatment of sewage from the cities and industrial pollution, cleaning the river surface, rural sanitation, riverfront development, construction of ghats and cremation grounds, tree plantation and biodiversity conservation.

The Ganga projects launched by Modi have seen controversy before. The late environmentalist G.D. Agarwal had been writing letters to the prime minister, saying that the projects approved by the government for cleaning the Ganga are only benefitting the corporate sector and business houses.

Agarwal, who was on a hunger strike for 112 days, wrote three letters to Modi about the Ganga before he died but they all went unanswered. One of the main reasons why the three members of disbanded NGRBA handed in their resignations was that the government repeatedly ignored Agarwal’s demands

In October last year, The Wire had reported that the Ganga is not cleaner than before in any region, but in fact, has become more contaminated in many places as compared to 2013. Between 2014 and June 2018, Rs 5,523 crore were released for cleaning the Ganga, out of which Rs 3,867 crore were spent.

Apart from this, the Central Pollution Control Board (CPCB), under the Ministry of Environment, Forest and Climate Change, has found in its study that of the 39 places that the Ganga passes through, the river was clean in only one region after the monsoon in 2018.

Following the instructions of the Supreme Court, the CPCB issued a report titled ‘Ganga River Biological Water Quality Assessment (2017-2018)’ which stated that in 37 out of 41 places the Ganga passes through, water pollution was in the medium to severe category prior to the monsoon in 2018.