The PCI pointed to the Delhi Police's 'dubious track record' in cases like this. 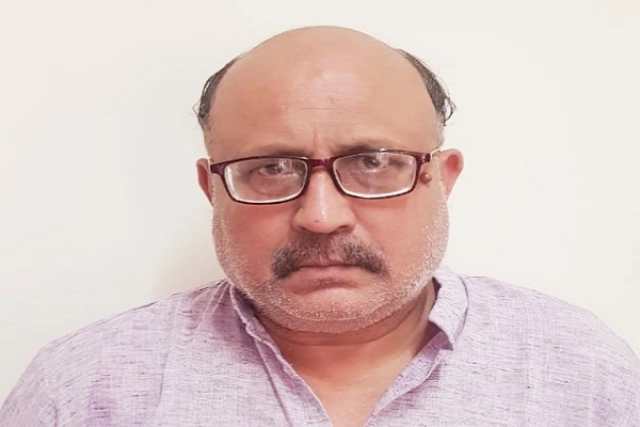 New Delhi: The Press Club of India (PCI) has expressed outrage at the arrest of freelance journalist Rajeev Sharma under the Official Secrets Act, pointing to the “dubious track record” of Delhi Police’s special cell in selectively framing journalists.

On Friday, Delhi Police’s special cell announced that it has arrested Sharma for being part of a ‘spy ring’ which included two foreign nationals. He has apparently been found to be in possession of classified defence documents and was allegedly spying for China.

“We are astounded to hear of the arrest of Mr. Rajeev Sharma, a well-known independent journalist of long standing and a member of the PCI. This is on account of the dubious track record of the Special Branch. More generally also, the record of Delhi Police is hardly a shining one,” said the statement issued by PCI on Saturday.

The association stated that “on the basis of the statement of the police released to the media, we have no hesitation in saying that the police action is high-handed, and may be inspired by obscure or questionable considerations”.

It cited two cases of journalists who were arrested for having working for foreign security agencies, but in both examples, the police were found to have made a false case.

A senior journalist with Kashmir Times, Iftikhar Gilani, was arrested in 2002 on charges of tracking army movements in Kashmir. “He was thrown into Tihar jail for seven months where he was assaulted by other prisoners on the provocation of the authorities. Eventually, it was the Army’s intelligence that gave the lie to the bogus police case and Mr. Gilani had to be released. The poor part played by the magistracy was also brought out in that case.”

After the attack on an Israeli diplomat, a journalist, who wrote for IRNA, was arrested. “His family also was made to run from pillar to post- all to no avail. Eventually it became clear that the whole case was bogus and the journalist was freed.”

The PCI statement also pointed out that Delhi Police has been making “preposterous” arrests of JNU and Jamia scholars, especially of civil society opponents like Kanhaiya Kumar and Umar Khalid.

Describing Sharma’s six-day police remand as “mind-boggling”, Press Club of India stated he wrote on “strategic affairs and may well have accessed routinely over-classified information on the Internet that is in the public domain”.

“Eventually, the matter will reach the magistracy and probably the higher levels of the judiciary. It is our demand, however, that in all cases of arrests of journalists anywhere in the country, the police must be required to inform the Press Council of India as well as the self-regulatory body of the broadcast media on an immediate basis, and provide pertinent details so that a defence may be possible to construct,” said the statement.

Delhi Police held a press conference on Saturday afternoon on the arrest of Sharma, who had been writing on defence and foreign affairs for a number of Indian media organisations, as well as foreign media like state-run Chinese newspaper Global Times and Russia’s RT.

Deputy commissioner of police (special cell) Sanjeev Kumar Yadav told reporters that Sharma had been contacted by Chinese intelligence agents in 2016. The police officer alleged that the freelance journalist got “Rs 40 lakh in one-and-a-half years and he was getting USD 1,000 for each information”, according to PTI.

He added that a Chinese national and her Nepalese associate have also been arrested for allegedly paying Sharma large amounts of money routed through shell companies.

Note: This article is about the Press Club of India and not the Press Council of India, with which it shares the same initials. In an earlier version of this story, the two bodies were inadvertently confused