Parties Gear Up for High-Stakes Panchayat Elections in Odisha

Chief minister Naveen Patnaik has introduced a number of welfare schemes in the run-up to the elections. 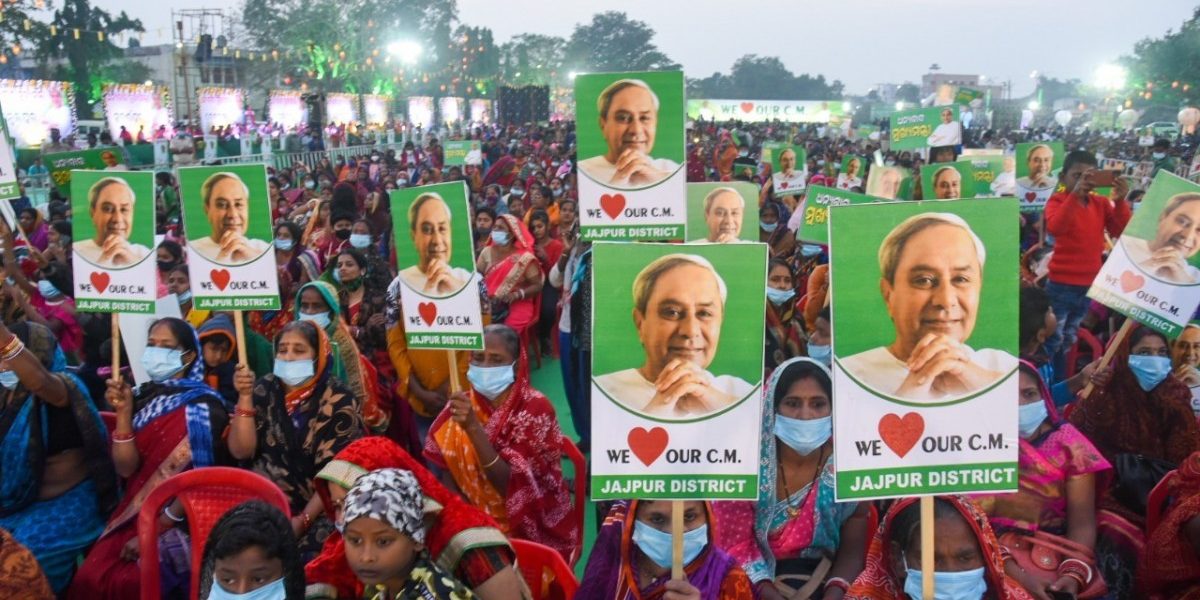 Bhubaneswar: Major parties in Odisha are gearing up for the three-tier panchayat elections, which will be a dress rehearsal of sorts for the bigger battle in 2024.

With dates for the rural polls, which will see contests for 853 zila parishad seats on party symbols and for 91,916 wards and 6,794 panchayats on a non-party basis, likely to be announced soon, the ruling Biju Janata Dal (BJD) as well as the two main opposition parties – Bharatiya Janata Party and Congress – have gone into election mode. The stakes are high for each of them, as the outcome may have a direct bearing on their performance in the next general elections.

That the BJD is pulling out all the stops to ensure an emphatic victory for itself in the panchayat elections is evident from the string of pre-election sops being announced by chief minister Naveen Patnaik, who also happens to be the president of the regional party. On Wednesday, Patnaik announced livelihood assistance of Rs 1,000 each for Biju Swasthya Kalyan Yojana (BSKY) cardholders in the state. He said the decision was taken to assist poor people who were severely hit by the COVID-19 pandemic.

Beneficiaries of the National Food Security Act (NFSA) and State Food Security Scheme (SFSS) will also get monetary assistance from the government. The move will benefit around 96 lakh families and cost the state exchequer Rs 960 crore. The announcement came within 24 hours of Patnaik promising Rs 1,444 crore as house repair assistance to the people living mainly in the rural areas of the state. The assistance per family will range from Rs 3,000 to Rs 5,000 for beneficiaries of the Biju Pucca Ghar (BPGY), Nirman Shramik Pucca Ghar Yojna and Pradhan Mantri Awas Yojana-Grameen (PMAY-G).

In a bid to attract women voters, Patnaik has also announced sops for members of women’s self-help groups (SHGs) being sponsored by the government’s Mission Shakti department. He has laid the foundation stone for the Mission Shakti Bazar in Bhubaneswar through which SHG members can sell their products. The role of these women collectives, which have more than 70 lakh women, has been diversified over the years, with the government assigning them new responsibilities like cooking and distribution of mid-day meals in schools and collection of monthly drinking water charges from households in cities such as Bhubaneswar. The government is now thinking of employing SHG members as banking correspondents in areas with no banking facilities. Such endeavours have not only ensured economic empowerment of women, especially in the rural areas, but also turned them into faithful voters of the ruling BJD.

Among the other major pre-election moves by the government is the launch of the Mukhyamantri Vayu Swasthya Seva (Air Health Service) to take health services to people in remote and backward areas of the state. To begin with, the service will be made available to people of four tribal-dominated districts – Malkangiri, Nabarangpur, Kalahandi and Nuapada. If necessary, critical patients will be airlifted to bigger hospitals in Bhubaneswar and Cuttack.

Before this, Patnaik had announced the establishment of one physiotherapy clinic and a mobile medicare unit for the elderly in every district of the state. These facilities will cater to the health needs of people above 60 years living in rural, isolated and backward areas.

The BJD, thus, appears better prepared than its rivals for the upcoming panchayat battle. However, the sops being offered by the chief minister ahead of the polls have drawn the ire of both the BJP and the Congress. “This is a blatant attempt to influence the voters. Why this sudden concern for the poor? What was the chief minister doing for all these years?” asked BJP state general secretary Golak Mohapatra.

Former Congress MLA Dr Lalatendu Mohapatra did not mince words while taking aim at the government. “This is an old tactic of the chief minister. He becomes hyperactive and starts throwing sops when elections arrive. But people are no fools. They are not going to be misled by the unctuous concern of the government for them,” said Mohapatra.

BJD general secretary Bijay Nayak, on the other hand, stoutly defended the government and dismissed the allegations of the opposition as politically motivated. “It is people’s love which has kept Naveen Babu in power for the last 21 years. He has come out with schemes to help each segment of the population but he has been especially caring for the poor with a number of schemes having been launched for their welfare. Opposition parties are criticising him because they cannot match his popularity or charisma,” remarked Nayak, exuding confidence about his party’s victory in the rural polls.

The BJD is making special efforts to conquer the panchayats and zila parishads this time, having drawn some important lessons from the results of the last rural polls held in the state in 2017. In those elections, the Naveen Patnaik-led party had emerged at the top, bagging 473 out of 853 zila parishad seats at stake. However, its performance had been below par compared to the 651 zila parishad seats it had won in the 2012 panchayat polls. This was the result of a tremendous surge in the number of zila parishad seats won by the BJP, which rose from 36 in 2012 to 297 in 2017. The overall zila parishad tally of the Congress had dropped in 2017 to 60 from 126 in 2012. It was pushed to the third place by the BJP, which did particularly well in the tribal-dominated western and northern Odisha districts, including Mayurbhanj bordering West Bengal.

The BJD, according to its senior leaders, is working extra hard this time to close the organisational and strategic gaps that might have helped rival BJP’s fortunes in certain areas of the state in the last panchayat elections. “We have worked out everything in advance and a fool-proof strategy has been put in place. We are supremely confident of scoring a spectacular victory in the panchayat polls which will be further proof of the chief minister’s ever growing popularity,” said BJD general secretary Bijay Nayak.