Mapping the Consumption of Milk and Meat in India

Milk drinking is pronounced in northwest India where the vast majority of people are lactose tolerant. In non-milk-drinking northeastern India, the lack of protein in the diet is generally made up by the consumption of meat, eggs and fish. 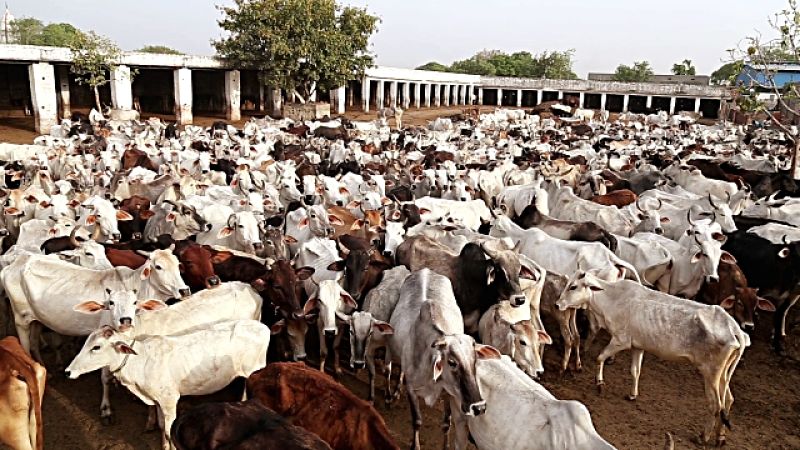 Milk drinking is pronounced in northwest India where the vast majority of people are lactose tolerant. In non-milk-drinking northeastern India, the lack of protein in the diet is generally made up by the consumption of meat, eggs and fish. Due primarily to religious restrictions, vegetarianism is widespread in India. But very few Indians follow a vegan diet in which all animal products are avoided. Milk and other dairy products, derived from both cows and water buffalos, are avidly consumed across a large portion of the country. Indeed, India is the largest milk producer in the world by a good margin, having recently surpassed the entire European Union, and Pakistan ranks fourth. Milk is India’s leading agricultural commodity, produced on some 75 million dairy farms, most of which are quite small. Beginning in 1970, the Indian government provided high levels of support for the dairy industry through its “Operation Flood,” which doubled per capita milk consumption in a 30-year period.

But milk drinking and the consumption of other dairy products is by no means uniformly distributed across India. Instead, as the maps posted here indicate, the country has a strong longitudinal gradient in this regard. Milk drinking is pronounced in the northwest but is relatively rare in the northeast, with per capita consumption on the state-level varying by well more than an order of magnitude. The same pattern is found on the maps of both urban and rural consumption. The only major difference between the two is the fact that urban dwellers, being wealthier on average, tend to drink more milk than rural dwellers.

At one level, the east/west dairy disparity in India is easily explained on a genetic basis. In northwestern India, the vast majority of people are lactose tolerant, and hence can drink milk without digestive problems into adulthood. In eastern India, on the other hand, most adults are lactose intolerant. (Some dairy products, however, are generally digestible by those with lactose intolerance; this is particularly the case with ghee, or clarified butter, an essential component of many Indian dishes.) Percentage of adult population that can drink milk.

Lactose tolerance in western India may be connected to the Bronze-Age movement of Indo-European-speaking people into South Asia. Although lactose tolerance has evolved separately in at least four different areas of the world, it appears that Europeans and Indians share the same genes that allow milk digestion into adulthood. As was reported in a 2011 Wall Street Journal blog post:

Researchers were expecting a similar independent evolution to have taken place in India, the world’s largest milk producer and consumer. But to their surprise, they found mutation -13910T, which originated in Europe some 7,500 years ago, at high frequency in India as well.

“India was an unknown quantity…because cattle had been domesticated independently in India around seven or eight thousand years ago, we were expecting to see uniquely Indian genetic causes,” the study’s lead author, Irene Gallego Romero, said in the statement.

“To our surprise we found that the -13910T mutation was also common in India – especially in those populations with a tradition of milk drinking,” added Toomas Kivisild, a senior author of the study.

“Not only that, but by looking at nearby genetic regions we could show that the Indian -13910T has the same origin as that found in Europeans; that it could lead back to the same few people who may have migrated between Europe and India,” Mr. Kivisild said.

In non-milk-drinking northeastern India, the lack of protein in the diet is generally made up by the consumption of meat, eggs and fish. Vegetarian precepts are much weaker among Hindus in northeastern India than among those in the west. In Bengal, even Brahmins — whose dietary restrictions are pronounced — are allowed to eat fish, which can seem shocking to those from western India. The widespread consumption of fish in northeastern India is probably linked both to the abundance of fresh-water fish in this humid region and to the fact that most people here cannot digest milk. Evidently, fish eating — or at least the consumption of certain kinds of fish — is a long-standing practice among Bengali Brahmins. Later, restrictions on certain other kinds of meat were relaxed as well. As reported in a 2014 post by Shankariyerh:

… According to brhadddharma purANa, the rohita (rui), shaphara (pu~Ti, shapharI), sakula (sola) etc. white fish with scales are allowed for brahmins. jImutavAhana mentions oil from illisa (ilisha, ilsA) as commonly used. However, fish that live in holes or in mud, fish whose head is shaped like a snake’s (e.g. vANa), those that look ugly and those that do not have scales were not allowed for the brahmins. Snails, crabs, chicken, crane, duck, dAtyUha (cAtaka), camel, cow, and pigs were considered inedible by the upper caste, though no doubt at least snails, crabs, chicken, and various kinds of proscribed fish and birds were eaten by the common people.

Chicken (and eggs of hen) was not popular and in fact is still not popular/not consumed in many Bengali Brahmin families. The reason is historical and has to do with the fact that hen farms/poultries were owned by Muslims and hence Hindus had religious reservations against consuming such items. However, in recent times chicken and eggs have come to be accepted unilaterally across all Bengalis.

The high levels of meat consumption in such Indian states as Goa, Mizoram, Meghalaya and Kerala is rooted in the fact that many or most of their inhabitants are non-Hindu (Christian in the first three cases; Christian and Muslim in the last). I am somewhat surprised that Jammu and Kashmir, a majority Muslim state, does not have a higher level of meat consumption. Note also that Chhattisgarh, a poor state in east-central India, has a low level of both milk and meat consumption. Finally, as the last map shows, India is the overwhelming global leader in milk produced by water buffalos. The Chart Bin page on which the map posted here is found also has maps of cow-milk, goat-milk, sheep-milk, and camel-milk production.

Martin W. Lewis has taught college-level geography for 20 years, and is currently a senior lecturer in international history at Stanford University.