Why 'Khorasan' is Such a Potent Call to Islamist Arms

The Khorasan hadith has become a rallying point for radical Islamists and has long been the biggest recruitment tool for Jihadists. 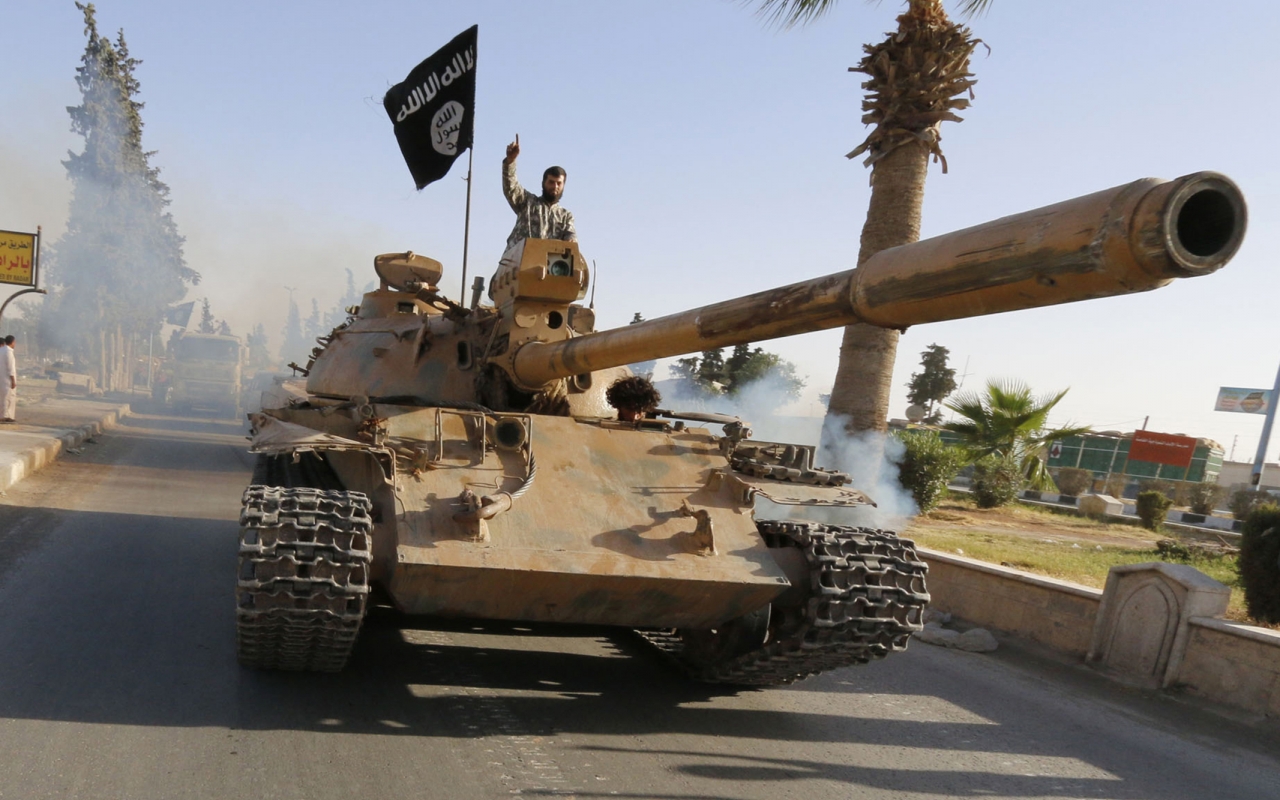 Jamaat-ul-Ahrar – the terrorist organisation which claimed responsibility for the suicide attack on the shrine of Sufi Lal Shahbaz Qalandar that killed more than 80 people – is headed by a man called Omar Khalid Khorasani. It’s important to know why a man born as Abdul Wali in a small village, Kandharo, in the Safi sub-division of Mohmand agency in Pakistan, has changed his name to Omar Khalid Khorasani.

Ali Soufan, an FBI counter-terrorism agent, in his book The Black Banners, explains why Khorasan or Khurasan has become a rallying point for radical Islamists.

Just six days after the 9/11 attacks, Soufan flew to Yemen to interrogate Abu Jandal – a senior al-Qaeda member, former bodyguard and confidante to Osama bin Laden – who was in a Sanaa jail.

Soufan says Abu Jandal looked unfazed during the entire encounter and told him: “You can’t stop the mujahedin. We will be victorious because the hadith (sayings of the Prophet Muhammad) says … ‘If you see the black banners coming from Khurasan, join that army, even if you have to crawl over ice; no power will be able to stop them’.”

However,  Abu Jandal was rattled when Soufan, the FBI agent, completed it by saying, “And they will finally reach Baitul Maqdis [Jerusalem], where they will erect their flags.”

The experts on Islamic radicalism and Jihadism fail to understand that Khorasan has long inspired Jihadists and served as the biggest recruitment tool. A page on internet dedicated to Khorasan, called ‘Black flags from Khorasan’, says according to the prophecies of Prophet Muhammad, a non-stop army will rise from the land of Khorasan holding black flags of Islam in the end times. This army will conquer several occupied lands of Muslims till it reaches Jerusalem. Then it will pledge its allegiance to the Imam al Mahdi.

It also describes two kinds of black flags in Islam. The first is called Al-Liwaa and serves as the sign for the leader of the Muslim army. The Liwaa of the Messenger was a piece of white cloth with lā ʾilāha ʾillā llāhu muḥammadun rasūlu llāhi  (There is no god but God; Muhammad is the messenger of God) written across it . The other is termed as Ar-Raya and is used by the Muslim army. The Raya of the Messenger was a piece of black wool with the same inscription. Therefore, the Liwaa is a white flag with black inscription and the Raya is a black flag with white inscription.

Husain Haqqani, former Pakistani ambassador to the US, says this hadith has been invoked by all radical Islamists for recruitment in the Indian sub-continent and other parts of the world. Haqqani says, “This was not the first time that the Khurasan hadith had been cited to mobilise Muslim soldiers. Sayings attributed to the Prophet Muhammad were often transmitted orally; formal written compilations did not emerge until more than a century after his death in 632 AD. This made it possible for rulers and commanders to conveniently cite the hadith to justify political decisions or advance battle plans. The hadith describing an army from the east wielding a black flag was used by the Abbasids to orchestrate their revolt against the ruling Umayyad dynasty in 747 AD. At the time, Abbasid partisan Abu Muslim organised an army with black flags in Khurasan to march east on Damascus.”

The first time this hadith was used in the sub-continent was in 1980 when the US and Saudi Arabia cobbled up the biggest global jihad coalition to wage a guerrilla war against the Soviet Union invasion of  Afghanistan.

Haqqani says the second time this hadith was used as Jihadist propaganda was during the US invasion of Iraq in 2003. They cited the hadith about a war on the banks of the Euphrates over a mountain of gold that would portend the rise of Dajjal (representing evil) and the emergence of the Mahdi. The Mahdi’s defeat of Dajjal is believed by many Muslims to be the final sign of the day of judgment. The prospect of joining the final battle against evil before the end of the world served as an incentive for many believers to take up jihad. It was not difficult for clerics to suggest that the reference to the “mountain of gold” was a metaphor for Iraq’s oil reserves.

Brigadier Asad Munir, who commanded Pakistan’s intelligence service, the ISI, in the tribal areas until 2005, says the Khorasan hadith was one of the main reasons why Pakistan’s Federally Administered Tribal Areas (FATA) have become a rendezvous of sorts for Jihadists from all over the world. Once the Islamic Movement of Uzbekistan (IMU) led by Islamic ideologue Tahir Yuldashev, and former Soviet paratrooper Juma Namangani – both ethnic Uzbeks from the Fergana Valley – operated from this region. Similarly, Abdullah Mansour, the leader of the East Turkestan Islamic Movement (also known as the Turkistan Islamic Party and the Turkistan Islamic Movement), an Islamic terrorist and Uyghur separatist organisation founded by militants in western China, in the Xinjiang region, was also based on the hadith. Since the Syrian civil war erupted with the rise of ISIS, the US administration focused mainly on ISIS – oblivious to the fact that a terrorist group called the Khorasan Group was operating in Syria.

Aki Peritz, a CIA counter-terrorism analyst until 2009 and co-author of Find, Fix, Finish, says he had never heard of this during his tenure at the agency.

However, the US officials say for the past two years, they have been tracking the Khorasan Group, which consists of about two dozen members of al-Qaeda’s core leadership, who were previously based in Afghanistan, Pakistan and Iran, and have recently relocated to Syria.

What really concerns the US is that the Khorsan Group, unlike al-Nusra Front, wants to go beyond the region.

Haqqani says, “Invoking the hadith and pronouncements from Islam’s earliest period foreshadows the resurrection of Islam’s lost glory; in addition to seeking reward in the hereafter, young Muslims are motivated to fight battles and seek victories that were ostensibly foretold fourteen centuries earlier by the Prophet.”

This is the reason why ‘The Emergence of Prophecy: The Black Flags of Khorasan’, a 13-minute video , which depicts the wars in Iraq and Afghanistan as a sign of the prophecy’s fruition, summons Muslims to join the battle was part of a YouTube playlist created by the slain 2013 Boston Marathon bomber Tamerlan Tsarnaev.

Asif Ullah Khan is a freelance journalist based in Jaipur and has worked in senior editorial positions at Khaleej Times and The Brunei Times.